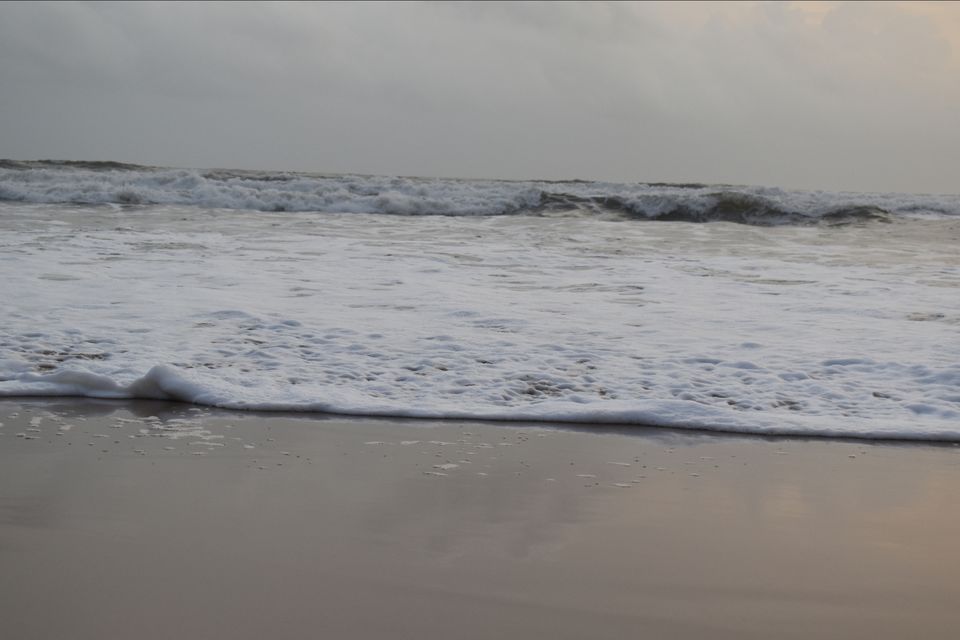 It was 4:00 pm when I jumped up from the nap amd got up and freshened up and got ready for the visit to the Baga Beach which was about 4 kms from the appartment in which we stayed. I checked the Google map for the routes to follow. There was no issues with the mobile signals and so no problem with internet connectivity throughout the place. We hired two scooters from the store just next to our appartment for a nominal fee of 300 per scooter for 1 day without petrol. So at first we decided to fuel up the scooter then go to the beach. We rode to the nearest petrol station and fueled up and then finally went to the beach. The Baga Beach had parking for scooters on both the sides of the lane. We parked our scooters and had to pay for the parking as it was a paid parking zone. I could feel the cool breeze of the ocean from the beach. I rushed to the shore and could see the lovely beach and the amazing Arabian Ocean in the rainy season looking majestic and huge . The waves were huge but it was calm and cool. The sun was setting on the other side of the ocean. It looked like the sun was plunging into the ocean. We took some nice photos and clicked some selfies. There was very less crowded due to off-season and very few tourists were playing in the water as the coast guards were constantly trying to make the small crowd stay away from the ocean. Finally the sun setted and we three friends walked by the shore to the  nearby shack which was very close to the beach. There were many Shacks on the beach we checked the ratings on the Zomato app and decided to take some snacks from one of them . We sat down on the chairs laid on the beach . There we took some snacks and beverages and chatted for a while and uploaded some nice pictures on Instagram ( binitghorai). Then finally decided to party  as it was already 10:30 pm and by then all the clubs in the Baga Beach started to pump up the music and many men and women joined in the clubs for some party. We joined in one of them and had great fun. We partied a lot and had great music,dance,ate nice foods and made many friends and finally it was time to return to the appartment. We didn't drink much as it was highly unsafe of drinking and driving so we safely rode back to the appartment and finally crashed on the cozy bed . And this way the Day 2 came to an end where we saw the majestic Baga Beach and had great party. 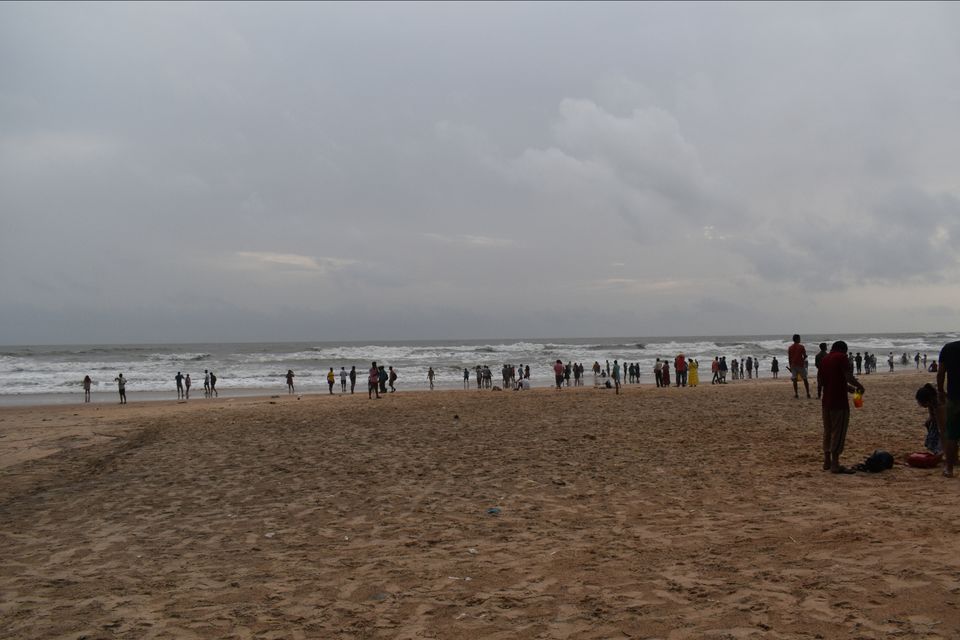 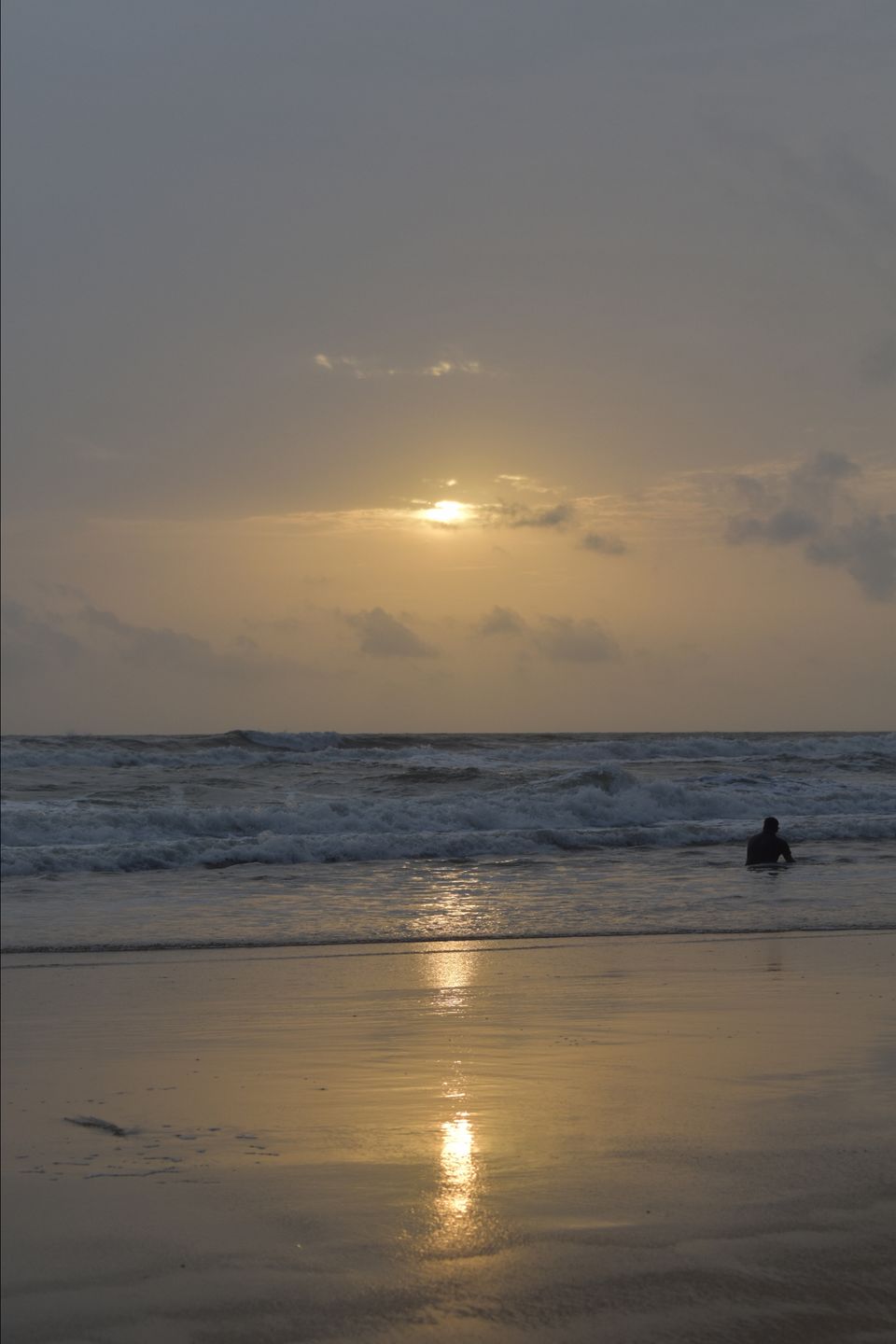 The Sun Plunging into the Ocean 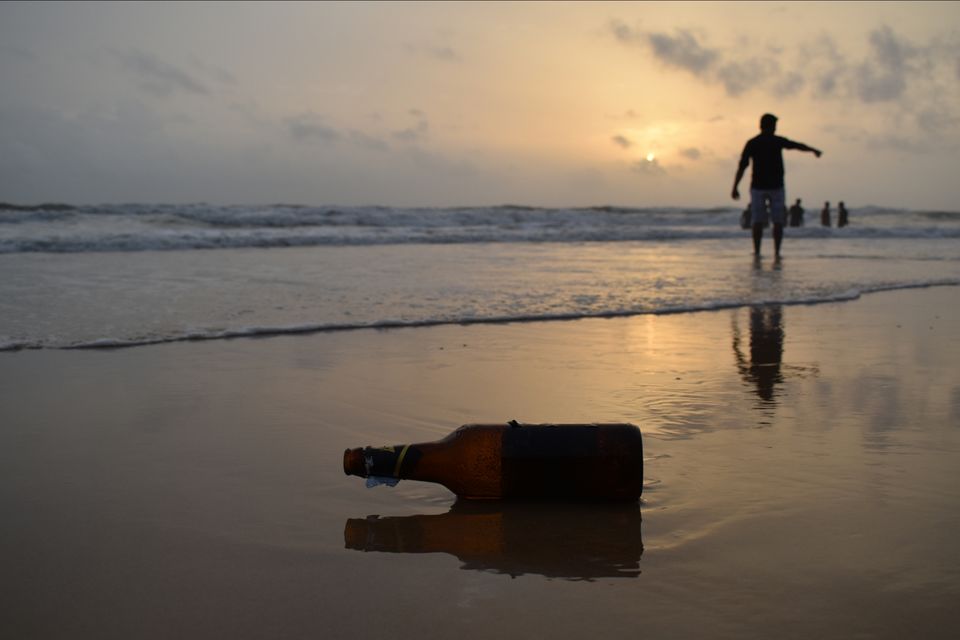 Selfie with my friends 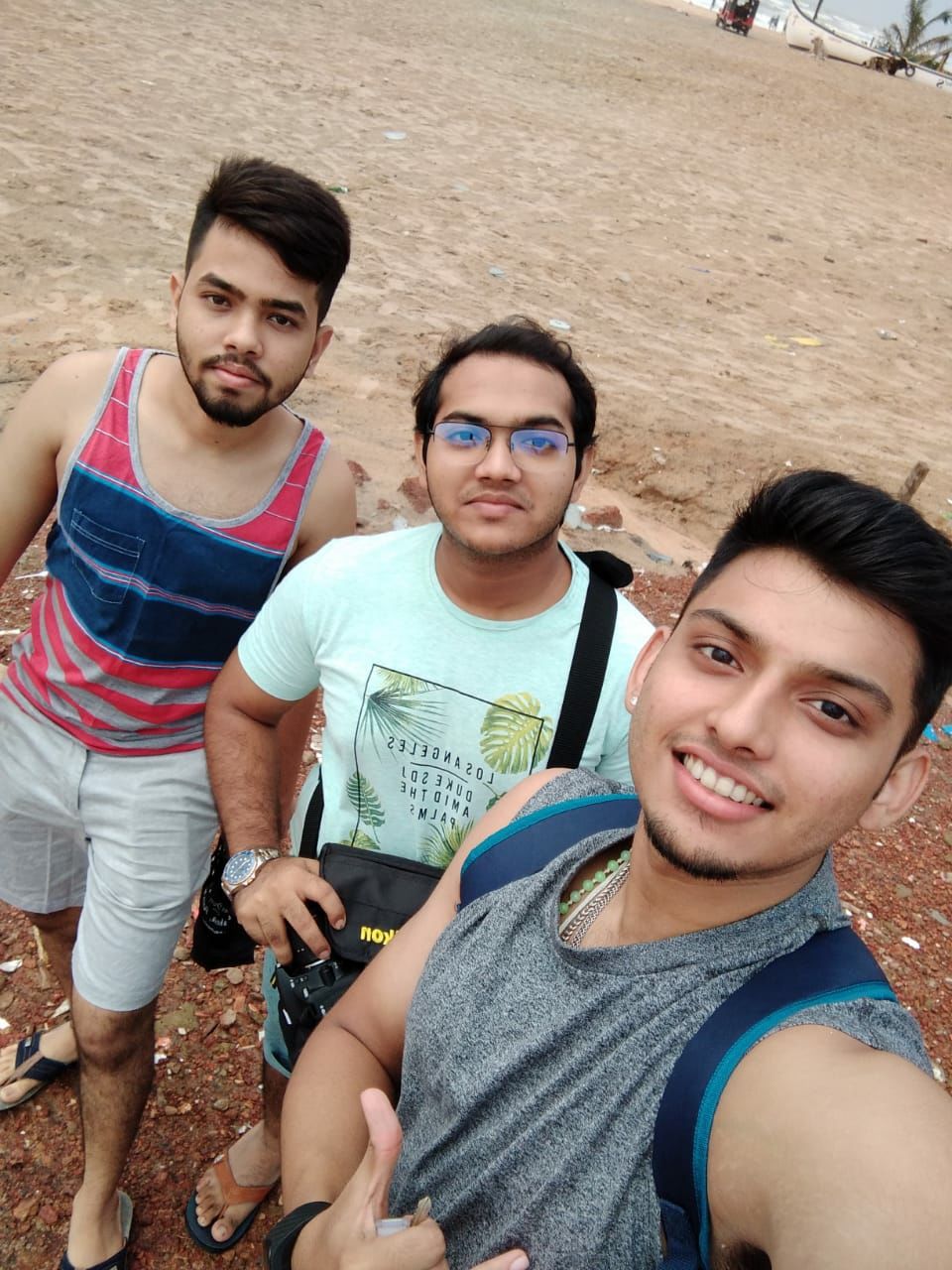 Beach side Shacks with amazing Snacks 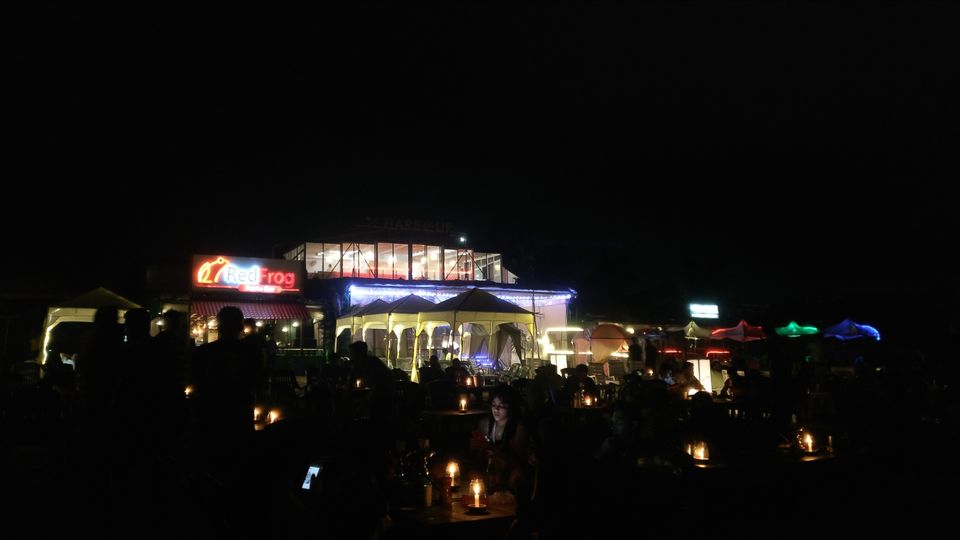 The Serene Majestic Waterbody Calling Me 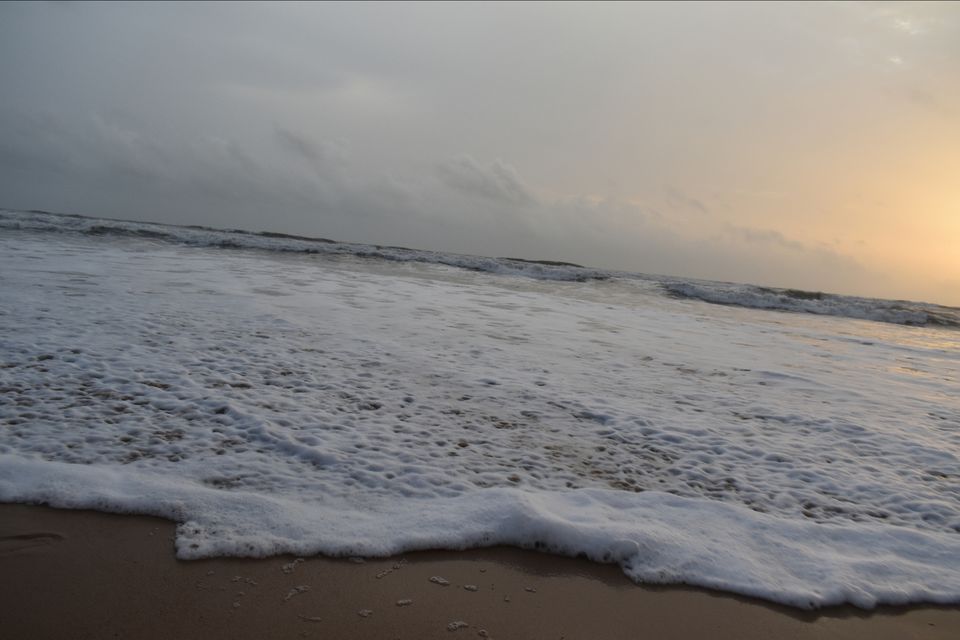