And here rests the holy man, Sangha Tenzin, who is said to have sacrificed his life to save the village of Gue from a scorpion plague.
.
.
Housing the only naturally preserved mummy of India, Gue is also known as the 'Village of the Lama Mummy'.
.
.

The mummy is well preserved and has even shown a growth in hair and nails over the years. It rests in a glass chamber close to the Gue Monastery.
.
.
The locals have now shut the mummy from public viewing due to fear of theft, but if you're lucky, you can enter the chamber and take a close look at Sangha Tenzin, who has been resting peacefully in a squatting position for 600 years.. 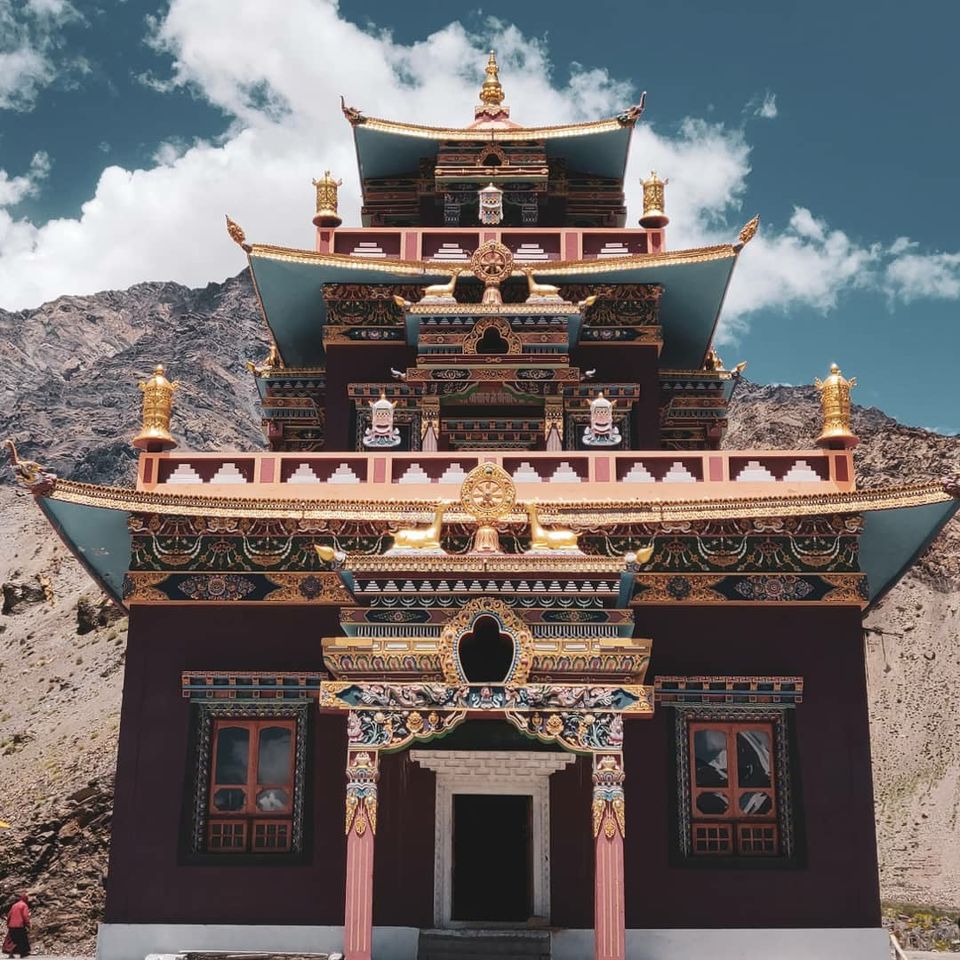 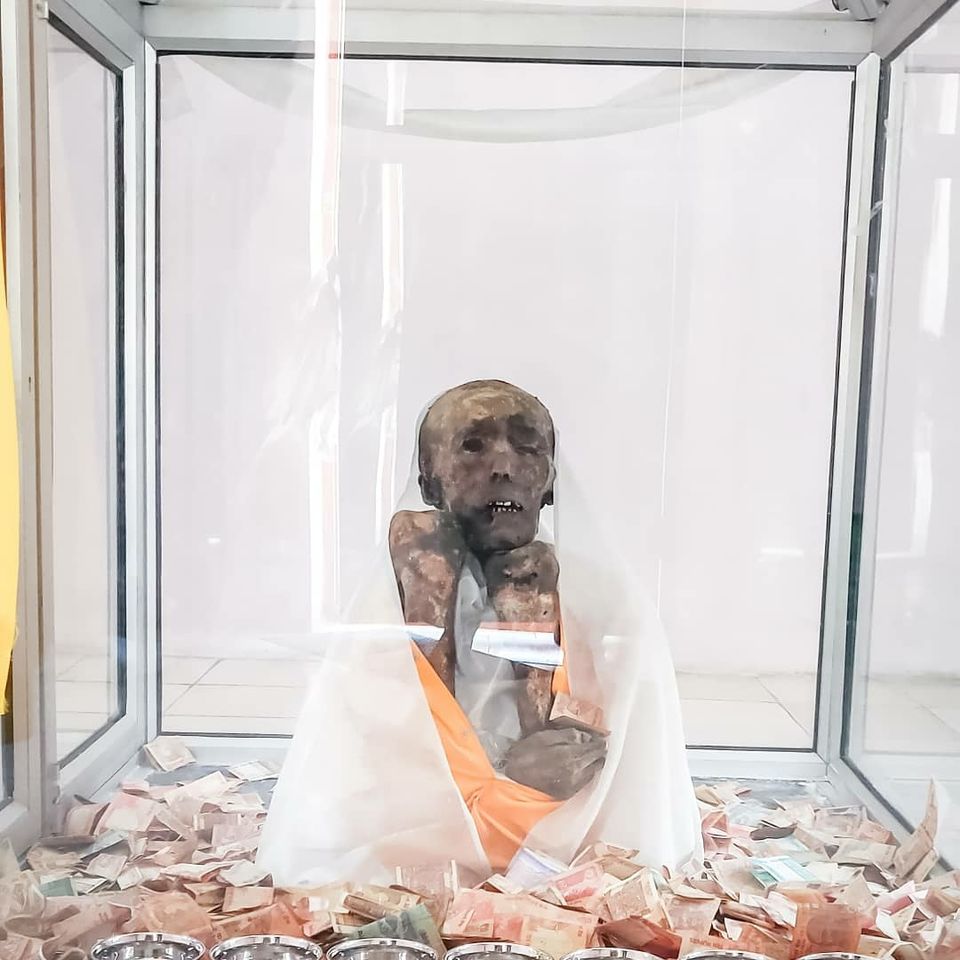