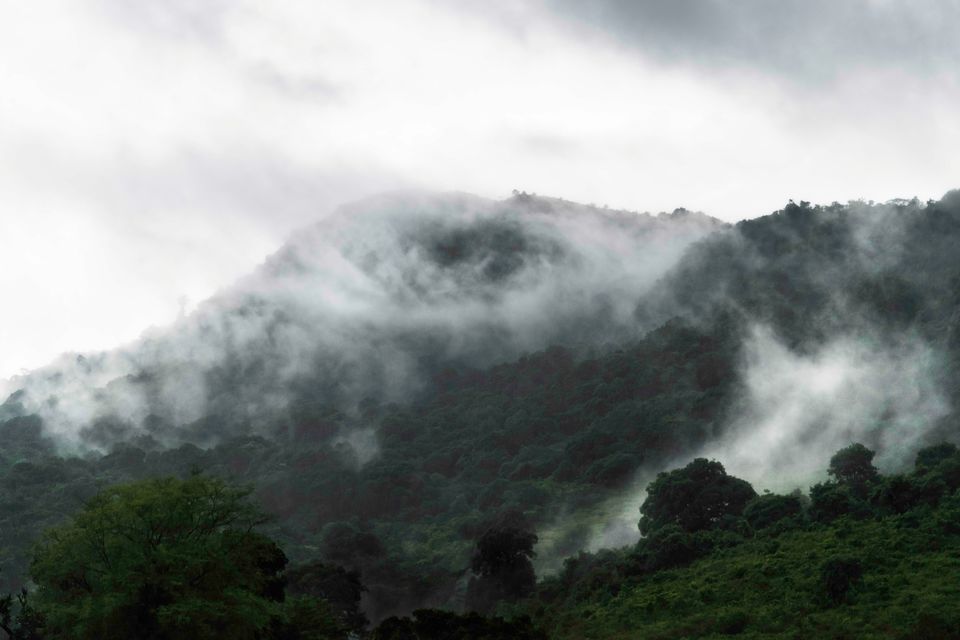 Me and two of my friends started around 7 am from Hyderabad. The three of us are photographers, studying as of now at a film school. It was a sudden plan and also a short one. So there are two preferred routes to Araku from Hyd, one is from Rajahmundry (most of the route is through National Highway) and the other route is from Badrachalam (through Chattisgarh and Odisha). We went through the Badrachalam route, while returning back we came through Rajahmundry. While on the way we ate tiffin in this place called "7 Food Court" at Suryapet, honestly didn't expect the food to be that good. Must visit if you're going in that direction. Till 2, 3 PM the drive was pretty boring until we reached the AP, Chattisgarh border around 4, that's when we started to see a bit of greenery. The route was pretty good from there on, we got down from the car around 2-3 times and took few pics here and there. There were a hell lot of cows in the way tho! Like literally a lot! You can find countless herds of cows just chilling in the middle of the road, for a long distance. Apart from that, there were a lot of military camps along the way. As we were wondering why so many camps, that's when we realized we were passing by a Naxalite area. Around 9 30 PM, we ate dinner in a hotel at Odisha after the breakfast we had at Suryapet. Not sure of the hotel name or where but we ate a lot for a very cheap price. Around 12 AM we started to see a bit of fog here and there and finally reached the Hotel at Araku around 1 30 AM after a long drive. We booked our stay at Mythri Inn, for 1391 Rs (three members). After checking-in and refreshing a bit, it got 2 30 ish by the time we slept. The hotel was pretty neat and more than good enough for a night stay.

Chattisgarh border, the only proper photo from the whole day! 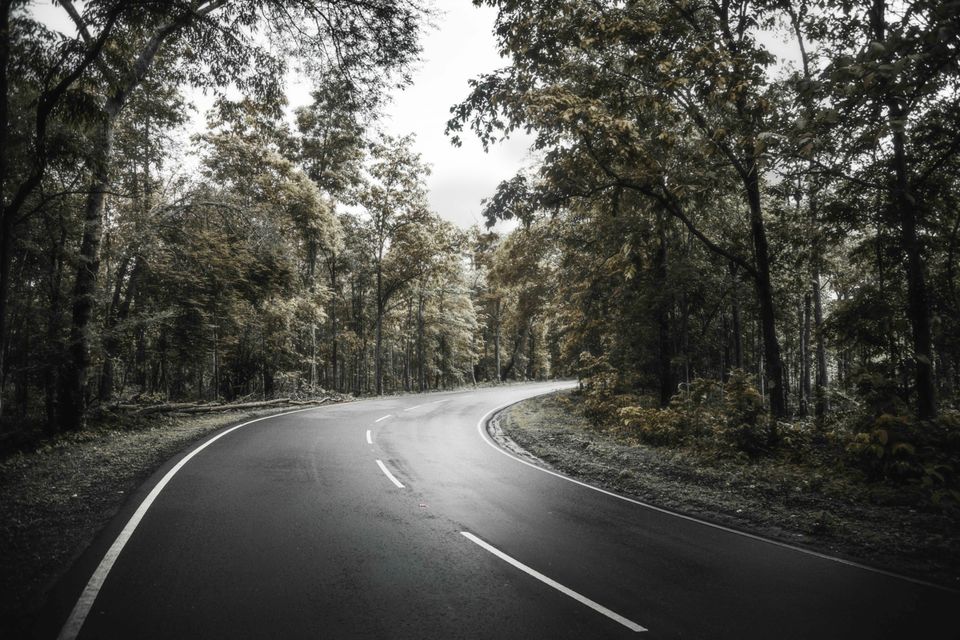 The determination for the first light took over our sleep and with great difficulty we got up around 6. We were not sure where to go tho, we didn't have any clue about the local sceneries. So we just went to the building top and found few dark clouds passing by a range of hills, hence we just drove in that direction. After asking a few locals, we reached a quite lovely location (location #1) overlooking the hills as the clouds slowly rolled over them. We spent nearly a hour and a half in that location. That place was so  serene, I could have stayed for hours just staring at those mountains! Later we got back to the hotel quick as we had to check out by 10, so took a bath and got ready in an hour and we left the hotel. We were searching for some hotel to eat breakfast but couldn't find any proper ones. Later we just entered a tiny tiffin shop and took a few quick bites, food wasn't really that good. Breakfast was one problem we faced at Araku, couldn't find any proper tiffin shop so gotta manage with that or maybe you can go to the Haritha hotel and have a breakfast, this is something we could have done but didn't think of and didn't have time as well. As we were heading towards the Araku Valley view point, we found location #2 on the way. There were few hills in a row and the light was falling through the clouds, which in a way made them look really interesting. We spent another 30-45 minutes over there and headed towards view point. The view point wasn't that interesting (from a photography perspective) and there were a lot of people and stalls. At the side hot bamboo chicken was being sold over there, so we got two bamboo's full of chicken and decided to eat later (which wasn't really that great). Later as we were moving on, we found Katiki Waterfalls for which we would have to travel about another 1km away from the main road, but as the locals said that there wasn't much water, we left. We stopped at that point and left back towards Hyderabad through Paderu, Lambasingi and this is where it got interesting. As we had to cover a lot, we didn't have lunch and left for Paderu. Drive to Paderu was one of the best ones, if not the best! Some good music and company along with perfect climate and pretty good road, the drive was really satisfying and pleasurable! As we crossed Paderu and were close to Lambasingi, we found a board pointing towards a waterfall named "Kothapalli Waterfalls". We were curious and felt that we should visit it, as we didn't wanna miss anything on the way. As we were close by we could hear the water flowing with a rush, we did get a bit excited. As we entered inside, it was pretty good actually! We could see the mountains far away while the clouds/fog pass by them and waterfall flowing in the foreground, but before we could take our cameras out it started raining. Hence we went out searching for some shade so that our gear doesn't get wet and guess what! We found "Araku Coffee Shop" ! The three of us sat down, sipped a delicious cup of coffee while we enjoyed the rain. These are the kind of moments which make a trip memorable to me. As soon as the rain reduced a bit, we put on our jackets covering the cameras and got out in the rain. We spent nearly 45-60 minutes over there and got a few good shots (and I couldn't get the shot I wanted of the mountains being half covered by the clouds with the waterfalls in the  foreground as the mountains weren't visible due to the fog :/). It was around 5 that we got out of there, safe to say we were totally drenched and happy that our cameras were still working. Later as we were passing by the Lambasingi road, we found a few good spots to take photos, so we got out in the rain again a couple more times to get some interesting shots (found two young boys with an umbrella walking by foggy mountains! Pic below ⬇️)  .We drove around Lambasingi as we were already a bit late and didn't wanna spend another day anywhere else. We were hungry as we had only a dosa until then, but couldn't find any place to eat for around  5-6 hours. Later our tyre got punctured around 11 PM, hence it took another 30-40 minutes to set the jack and fix stepney. Finally we were on the road again. 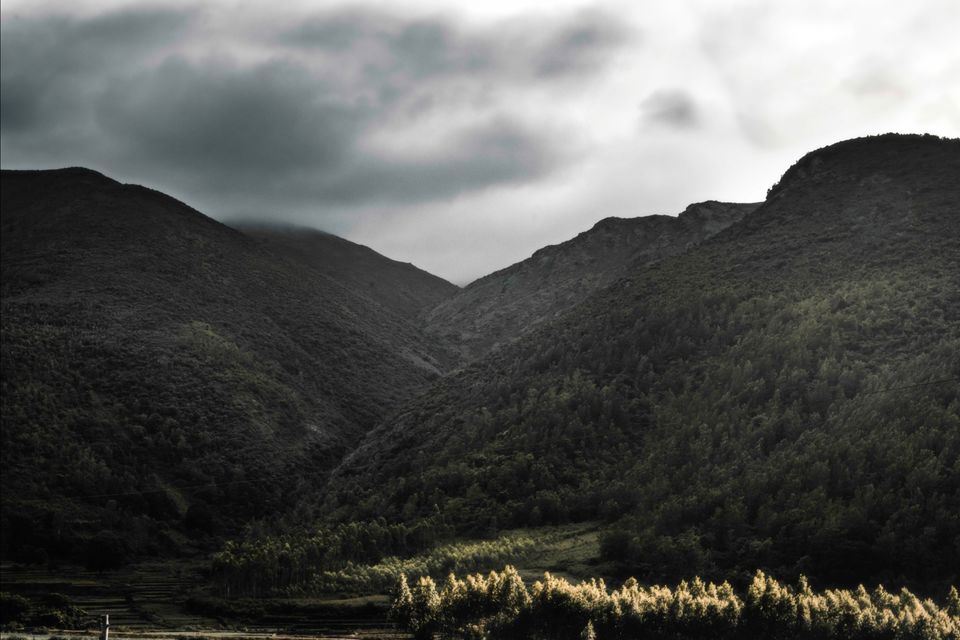 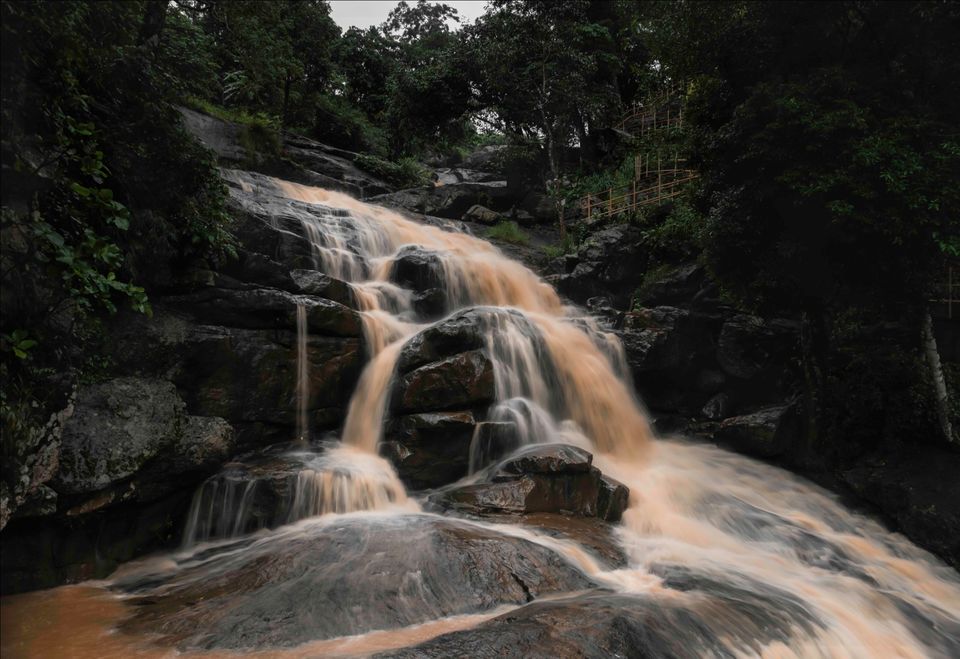 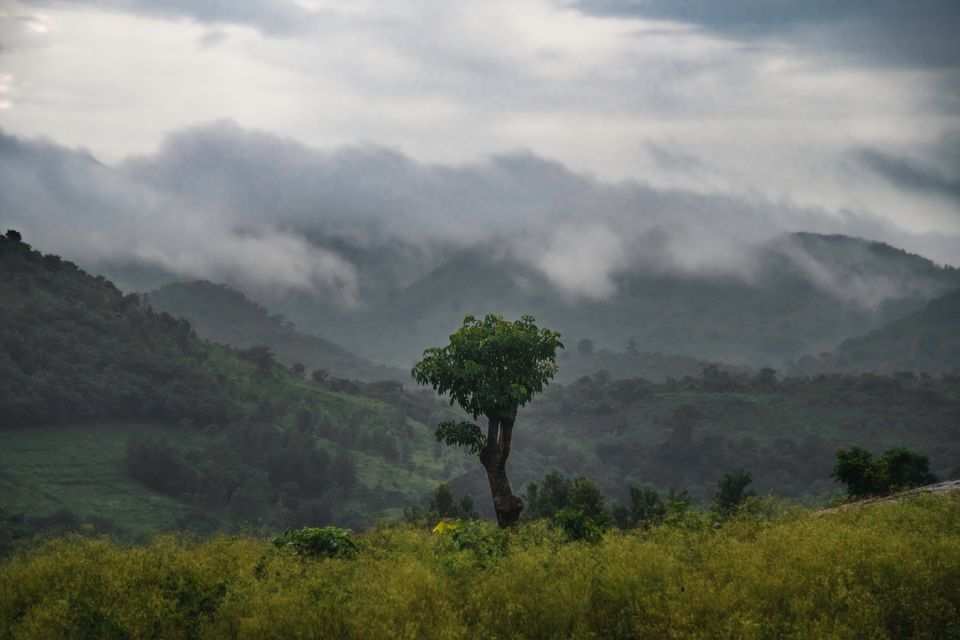 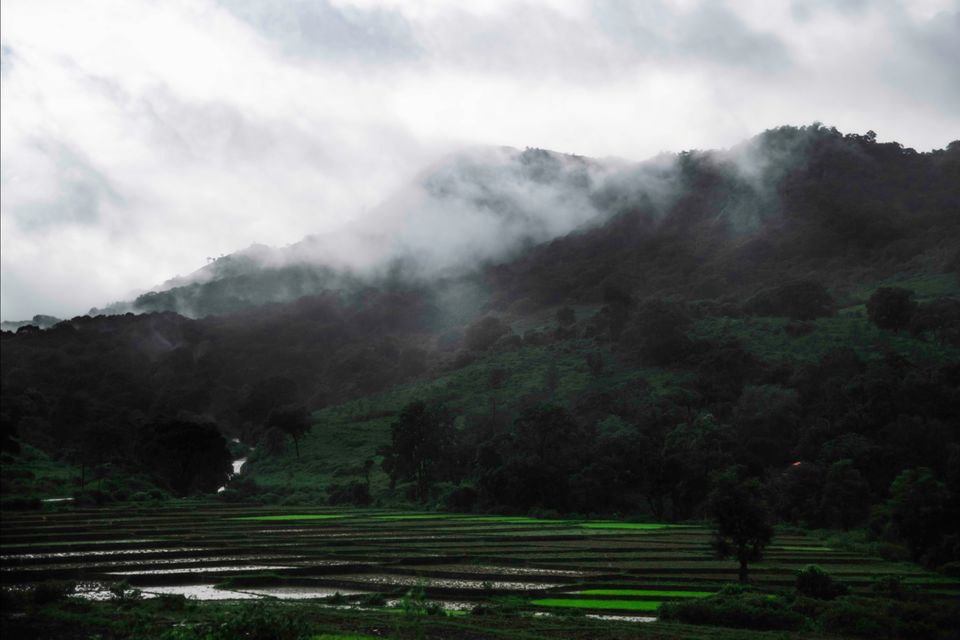 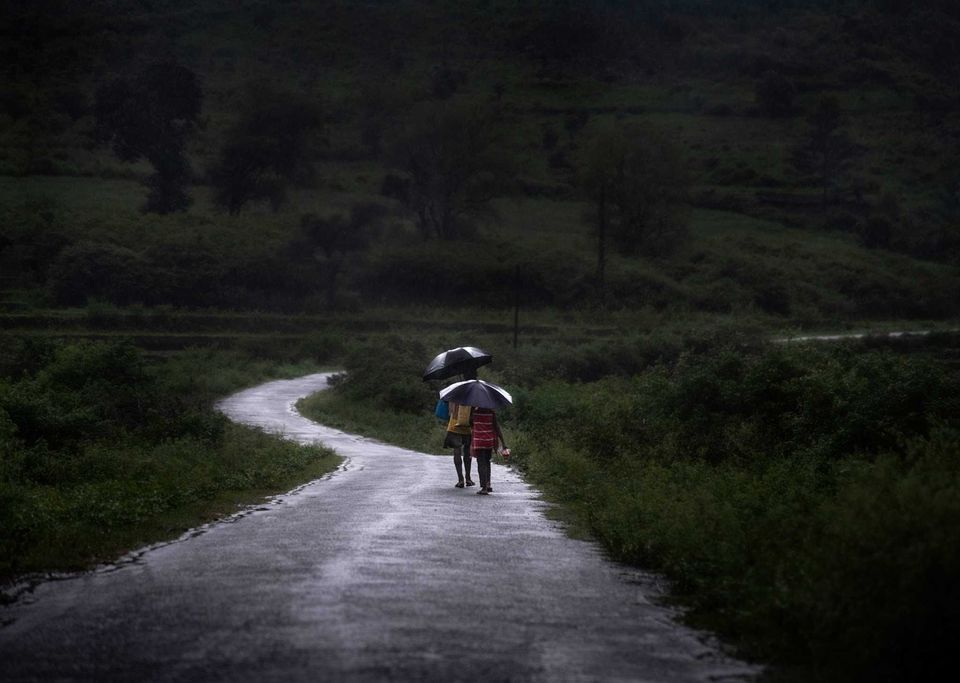 After a long tiringly pleasant drive, we reached Hyderabad around 6 30 AM. It was an amazing trip especially cause of the great weather! Would definitely recommend to visit Araku and the nearby hilly regions. Photography wise too pretty good locations, just that this time there was not enough sun light for us to get amazing photos. Overall, it was a great experience! If any doubts or queries, feel free to contact me!
Instagram - https://www.instagram.com/mathuneeraj_mn7/?hl=en