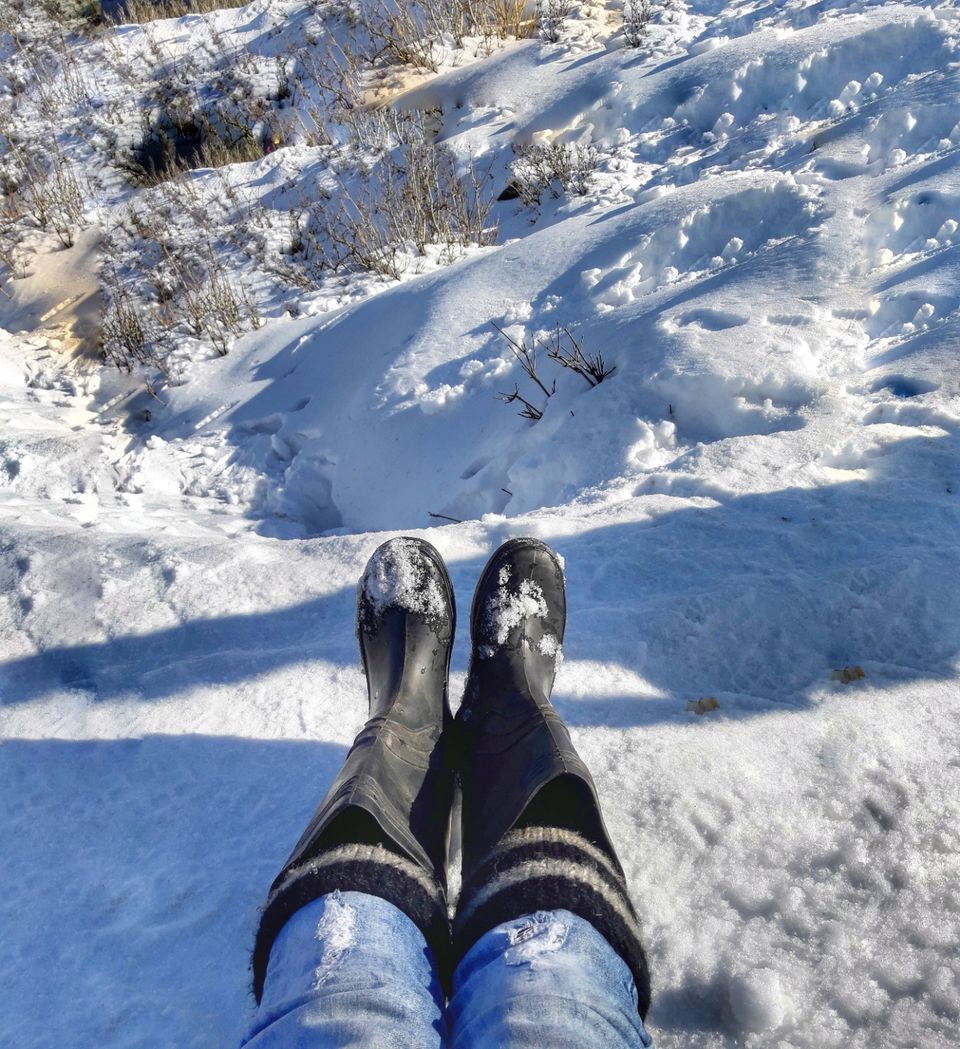 And The Trip Begins -

Driver picked us from our hotel at 5 am in the morning. It is compulsory to leave at 5 am because of long distance and rush. So we left at 5 am and after 4 hours we reached Patnitop. Actually at first we stopped at Nathatop. Air was actually chilling at Nathatop. And that too it was 1st January so winter was at its peak. It was very chilling that i decided to stay inside cab.

Then we stopped at a shop and rented fur long jackets, snow shoes and gloves. I recommend you to only rent these stuffs if you are travelling in winters otherwise its of no use.

Then we reached Patnitop. The route was surreal. I was totally drenched in my thoughts and views. It was all snowy and sunny. The chilling air was gone. I was feeling like i am in a dream "SNOWY DREAM IN A SUNNY DAY".

A local man came to us and asked if we are interested in snow  sledging. He took us to the height. Believe me i was in snow till my knees. And the sun was shining right above me. After spending 2-3 hours we left. It was becoming more rush and traffic. There was about 2km jam on lane.

It took us double time to reach Katra because of traffic. We were having train from Katra railway station. Next morning we reached New delhi after spending New Year in Snow. It was the best New Year i ever had. 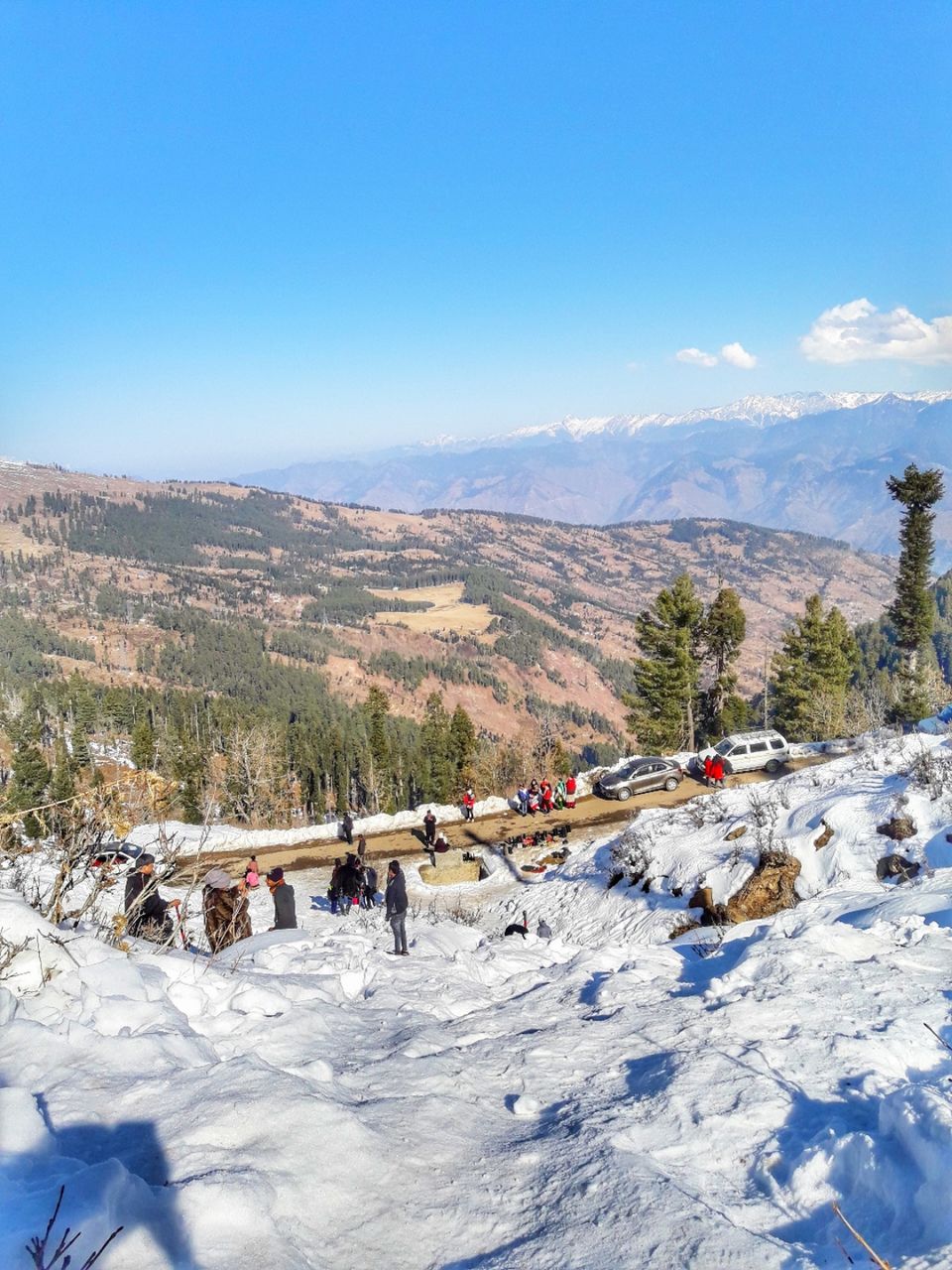 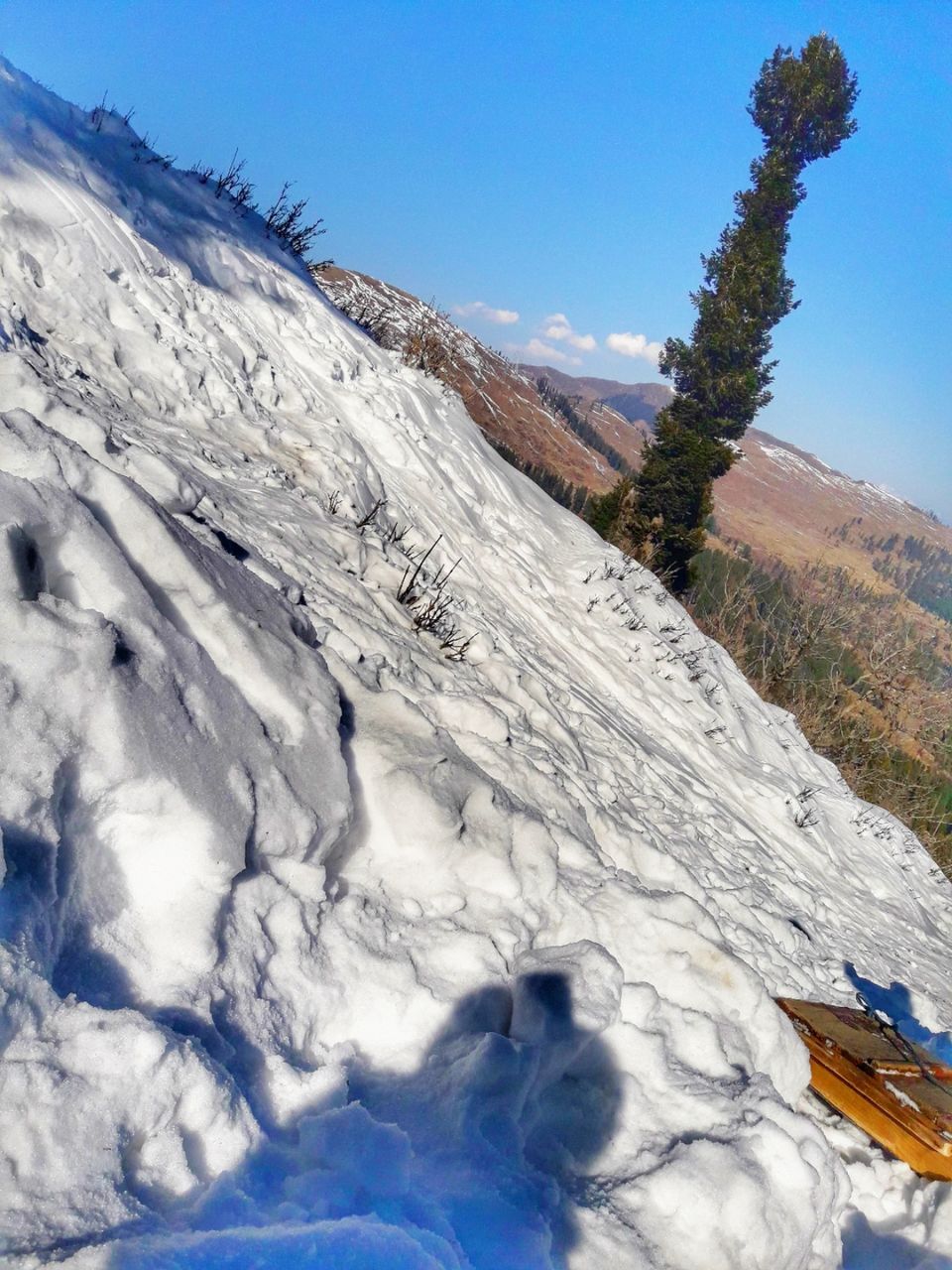 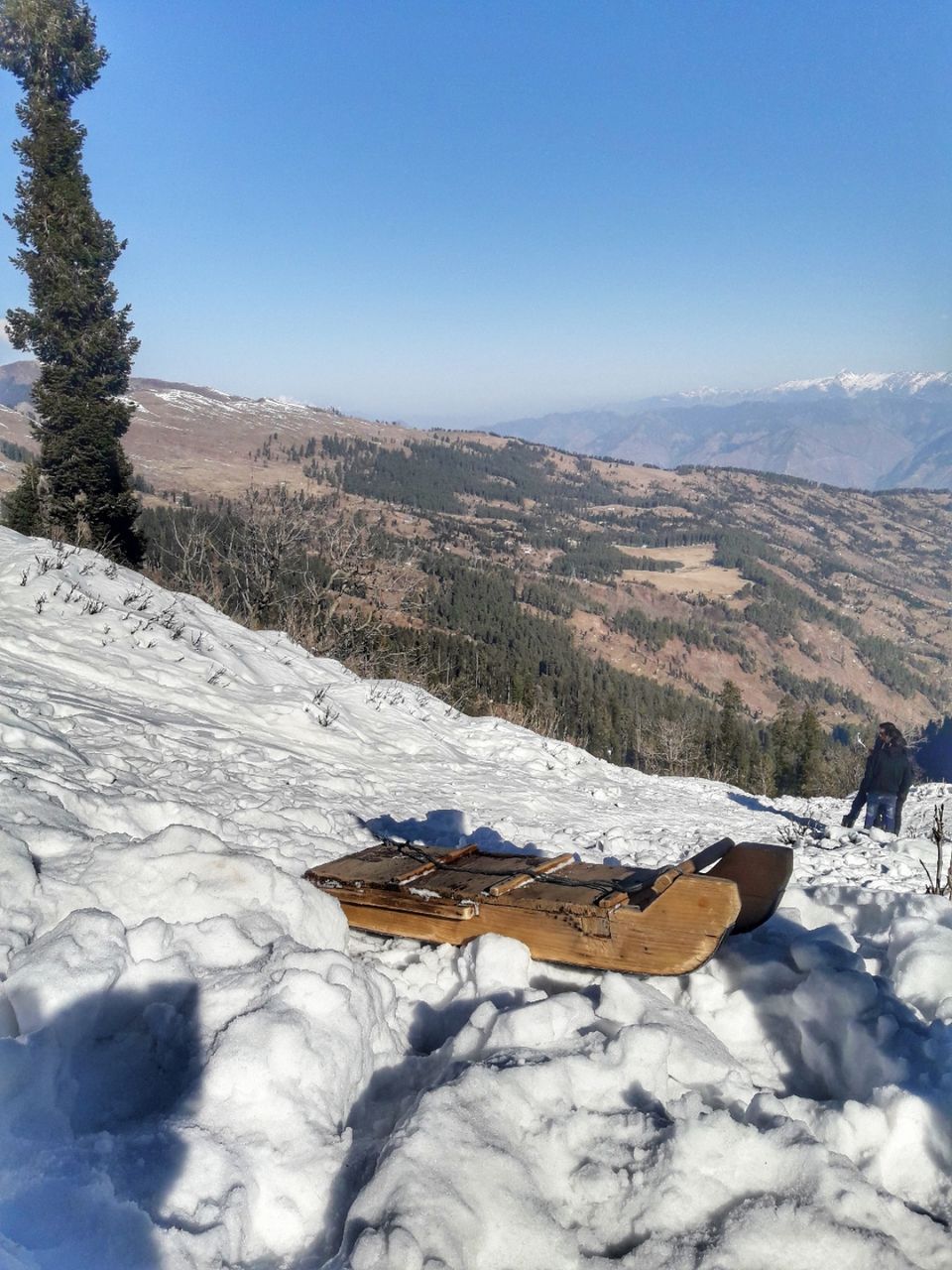 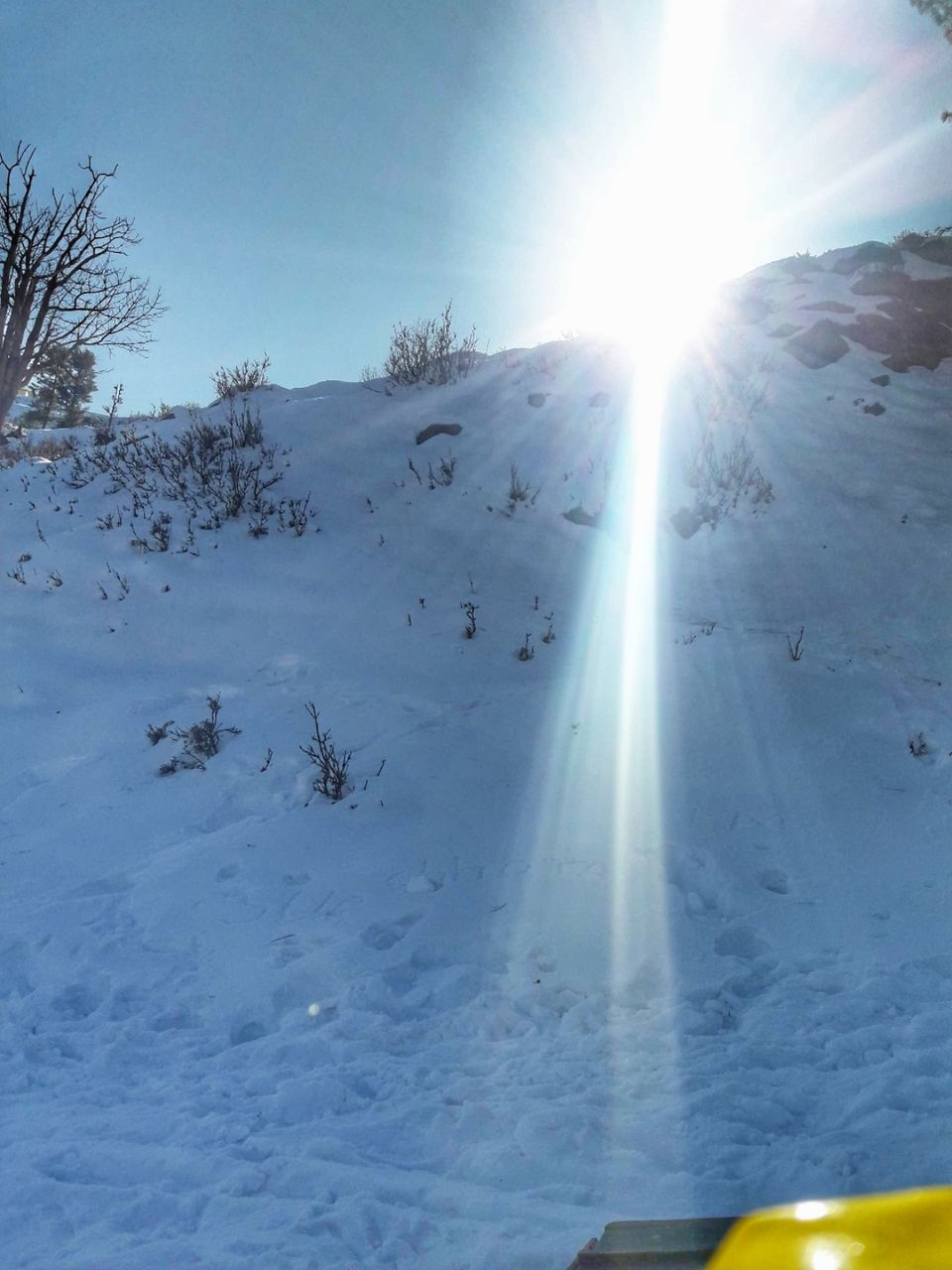