These Stunning Pictures Will Take You On A Virtual Tour Of Bhutan's Hidden Gem! #BeyondTheBorder 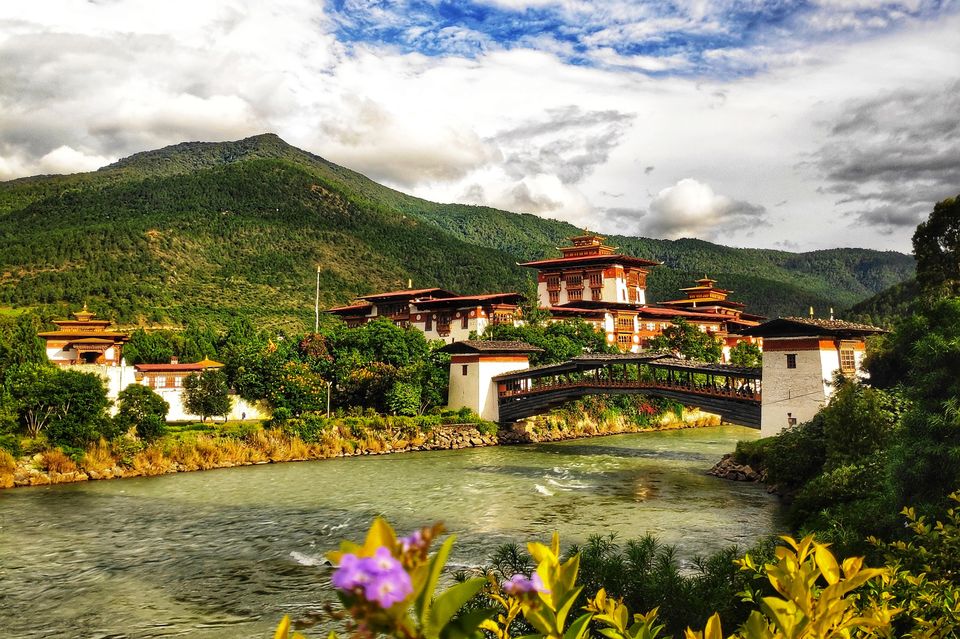 I have been to Bhutan multiple times and have explored the region solo, with friends, with family, and even with locals. I have witnessed the dry winters, danced in the live snowfall, awed at the purple Jacaranda blooms, and walked the green trails of September. The more I visit Bhutan, the more I fall in love with the place.

Punakha is that one destination of Bhutan which is undisputedly beautiful and is definitely a must-visit place. Through this blog, I am going take you through some iconic locations and interesting activities of Punakha, which was the previous capital of Bhutan.

Punakha Dzong is not only the second oldest and second largest Dzong; but it is among the majestic structures in the country. It was built in 1637 at the confluence of two major rivers in Bhutan, the Pho Chhu (Papa/Male River) and Mo Chhu (Mama/Female River), which converge in this valley. The Dzong is situated at a picturesque location and is surrounded by Jacaranda and Magnolia trees. The Dzong features exquisite woodwork, majestic architecture, and intricate paintings.

In addition to its structural beauty, Punakha Dzong is notable for containing the preserved remains of Zhabdrung Ngawang Namgyal, the unifier of Bhutan as well as a sacred relic known as the Ranjung Karsapani. The present king and queen got married here and all Bhutanese Kings have been crowned here at Punakha Dzong.

This is the second longest suspension bridge in Bhutan and connects the old administrative centre of Punakha to the rest of the valley. This hanging bridge is 160m in length and is draped by prayer flags that flutter to the strong winds in the valley. It is a perfect location to spend your evenings and the swaying bridge contributes for a thrilling experience. If you cross the bridge, there is a small canteen and their maggi+coffee is just perfect for an evening snack by the bridge.

Punakha Tshechu honors Padmasambhawa, also known as Guru Rimpoche, the precious yogi and saint who is credited with having introduced Tantric Buddhism throughout the Himalayas. The festival is held for 3 days mostly during the month of February and masked dances are performed by monks clad in colourful brocade attire. The unfurling of the thongdrol (a large tapestry) of Guru Rinpoche is the main attraction of the festival. It is believed that a mere sight of the thongdrol liberates an onlooker and cleanses him of his sins.

4. River Rafting and Lunch by the 'Mo Chhu' River

Another highlight from Punakha is White Water Rafting in "Mo Chhu" river. The location is magical with the backdrop of Himalayas and the activity is just thrilling. Also you can pre-order authentic Bhutanese lunch that will be served riverside. It is a perfect thing to do if you are travelling with a group.

I had a blast walking around the green valley, exploring the place, talking to locals, and savouring the delicious Bhutanese cuisine during my stay at Punakha. And the memories from this place will always be cherishable.

Feel free to share your views in comment section and I am happy to answer any of your questions regarding Bhutan or Punakha in particular. Love and Light.