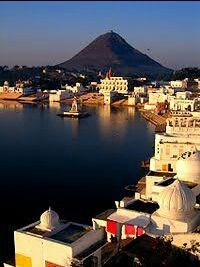 Pushkar is a sacred Hindu mythological site bordering the Thar desert. It is widely known for the annual Camel Fair. Probably the largest cattle fair of the world. The place is also known for the world's only temple dedicated to Bramha, the creater of the universe.
According to legends, Lord Brahma, believed to be the creator of the Universe dropped a lotus to the ground leading to the immediate creation of a lake. He then decided to name the place after the flower, and thus the name, Pushkar. The city of Pushkar is home to the only temple dedicated to Lord Brahma in the whole world. Hindus consider a journey to Pushkar to be the ultimate pilgrimage that must be undertaken to attain salvation.
According to Hindu scriptures, the sacred Pushkar Lake is described as ‘Tirtha Raj’, the king of all pilgrimage sites. No pilgrimage is considered to be complete without a dip in in the holy Pushkar Lake. Semi-circular in shape and about 8-10 metres deep, Pushkar Lake is surrounded by 52 bathing ghats and over 400 temples and is truly a magnificent sight to behold.
The Bramha temple is nestled in the beautiful Pushkar Valley with Bramha depicted as the four faced warrior GOD. The eyes have a gleam that attracts your attention immediately. The Temple complex houses other dieties of Gayatri, Ganesha, Sun GòD & Shiva. Built with marble and decorated with silver coins, this temple can be identified by its red spire and the image of a swan. It can get really hot during the day. I was limping around the complex. The marketplace from the temple to the lake is dotted with numerous shops selling  jewellery, clothes, Puja items, etc. The shopkeepers in the stretch can really get cumbersome as they get on your way trying to sell their fare. The pandits & their assistants at the ghat can also lingeringly pester you for performing the Puja which can be politely refused. Though it caught my attention that a lot of foreign tourists had given in to these pandits & were performing the Puja.
Pushkar is visited by a lot of foreign tourists intrigued by the religion, rural life & also reasonable staying options. Owing to their presence, Pushkar has some eateries selling continental food. The place is colourful & vibrant.
Along with the Bramha temple the other temples are Varaha, Savitri, Rangji, Papmochini, SRI PANCHKUND SHIVA TEMPLE & Atmateshwar Temple.
The Man Mahal is one of the greatest palaces of Pushkar. Built as a guest house of Raja Man Singh I, this palace is one of the most attractive spots to visit in Pushkar. It was built to serve as a royal guest house for Raja Man Singh I. The Rajasthani architecture from the royal era that adorns the palace makes it a visual treat. It has now been converted into a heritage hotel, called the RTDC Hotel Sarovar, and allows tourists to not only enjoy the beauty of the palace but also the breathtaking view of the lakes and temples around the lake.
Dedicated to Lord Brahma's first wife, Goddess Savitri, this temple is situated on a hillock right behind the Brahma temple. While climbing the long series of steps leading to the temple, one can catch a panoramic view of the lake, surrounding temples and sand dunes. The presence of the only Brahma Temple in Pushkar is the outcome of Savitri’s curse to Brahma for marrying another Goddess, Gayatri, while starting his yagna in Pushkar.
The drive uphill from Ajmer is picturesque & offers a panoramic view of the hills & valley.
Like all Indian temple towns it has some interesting mythological anecdotes that I have tried capturing, rest the local drivers give you interesting insights on the place while driving you around.

Photography is prohibited inside most of the temple complexes.

Some photos are courtesy Google images. 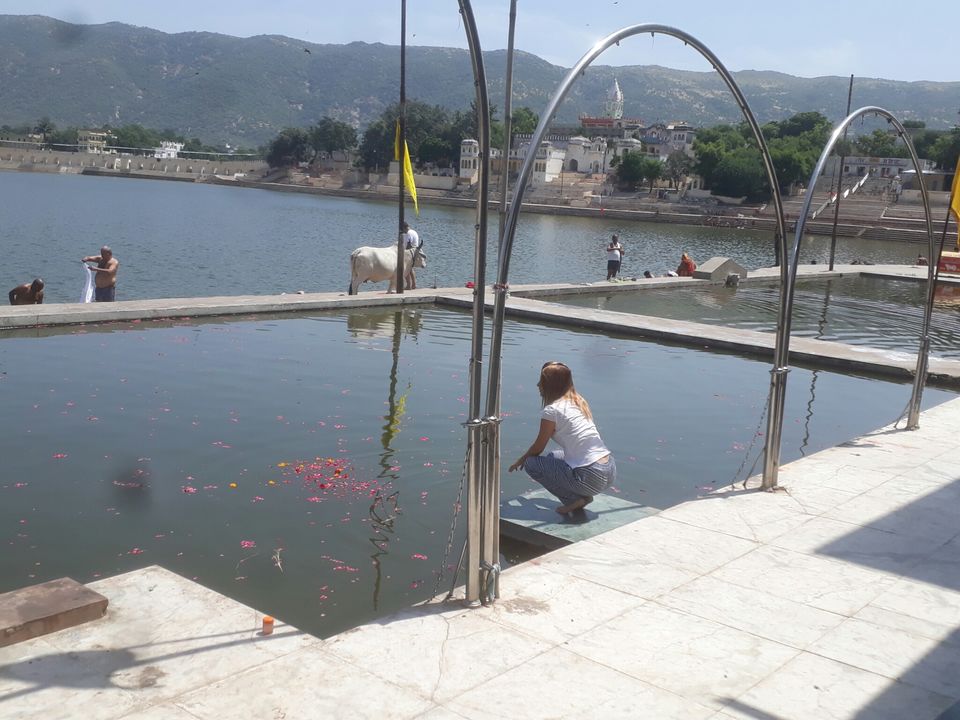 Thoroughfare within the lake 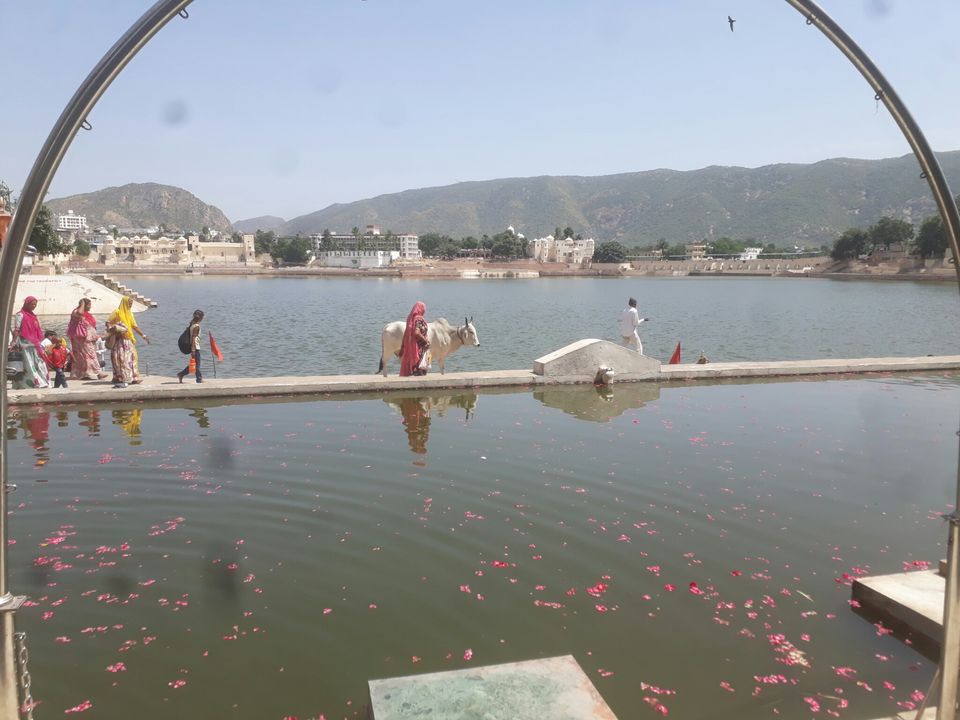 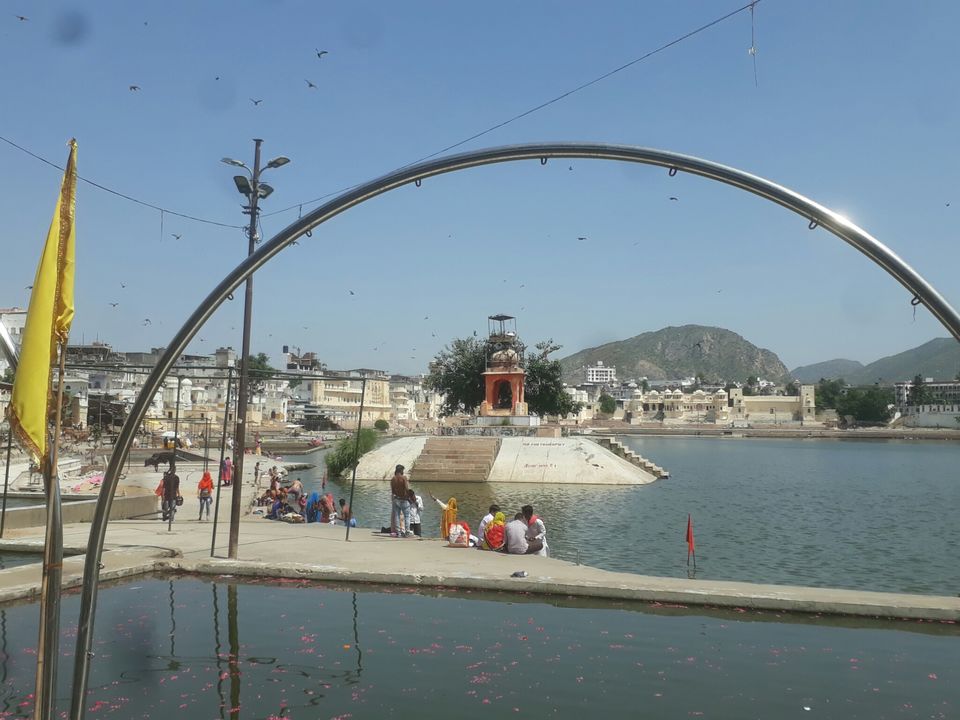 The road to Pushkar 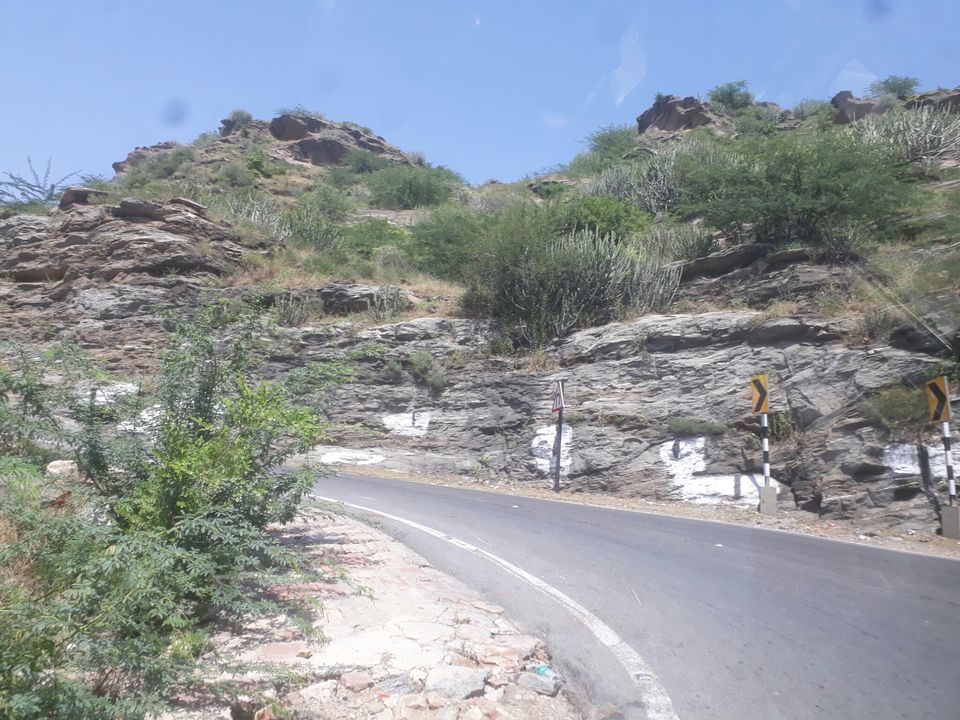 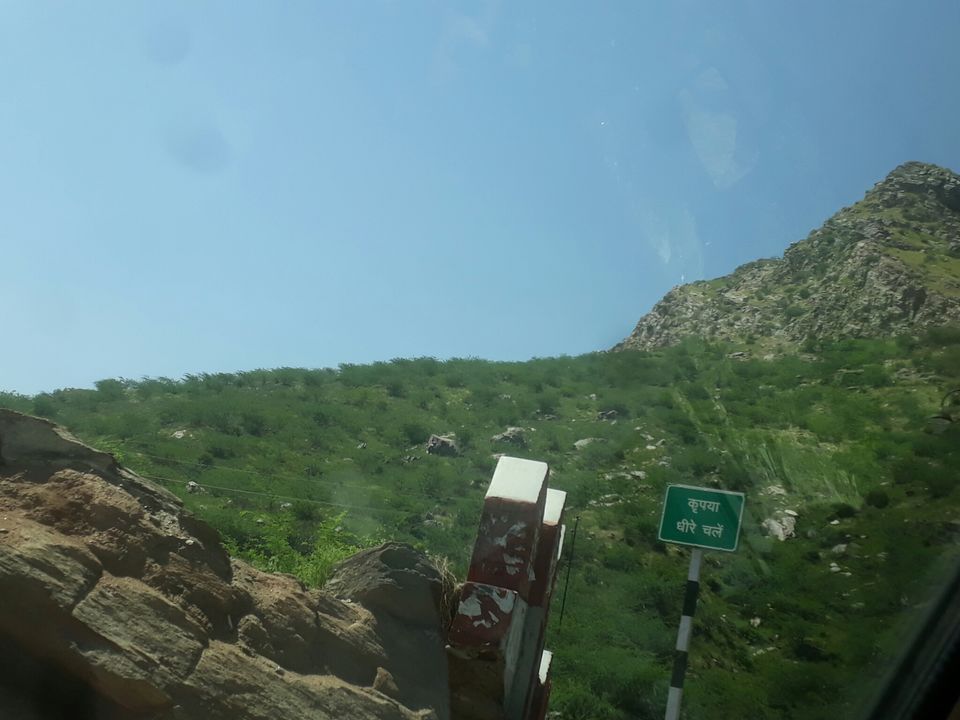 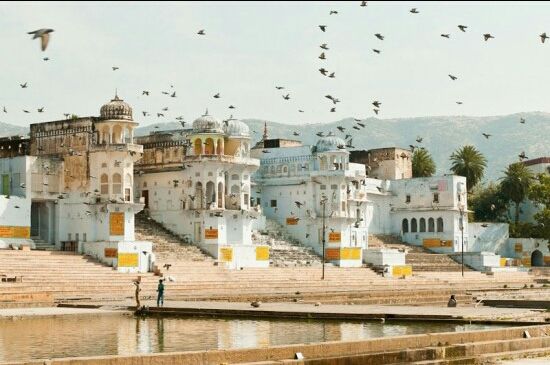 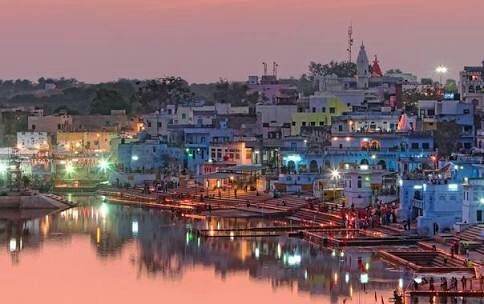 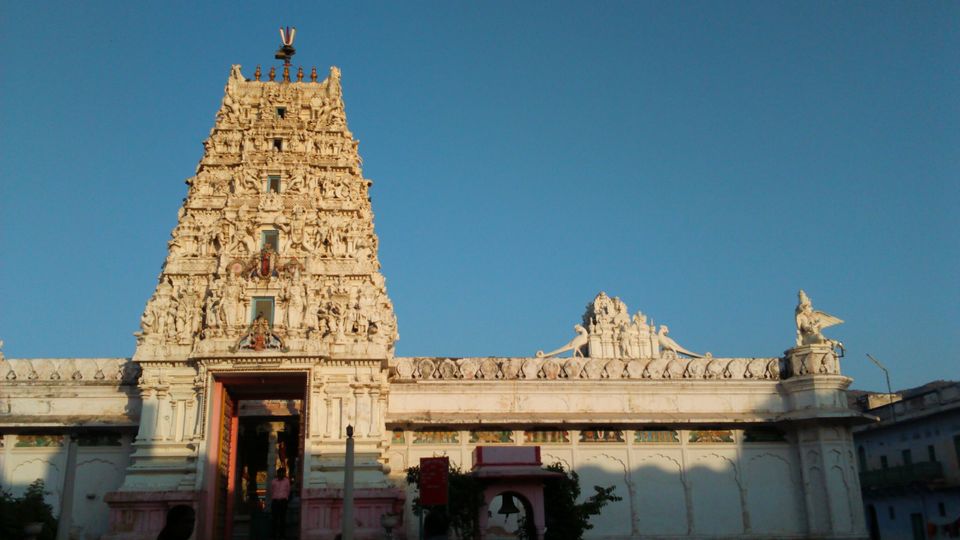 One of the numerous temples 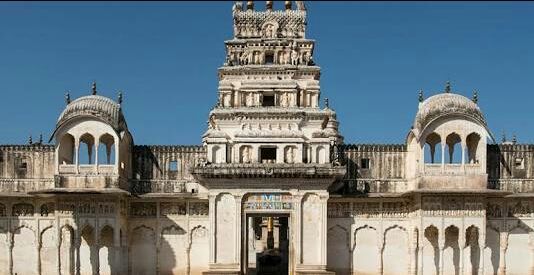