Shantiniketan the abode of peace!!
A small town near Bolpur , 158 kilometeres northwest of Kolkata. Made famous by Nobel Laureate Rabindranath Tagore, whose vision of a place of learning that is unfettered by religious and regional barriers is now Visva Bharati University!
Even today, one can still feel Tagore's presence, his passion, his dedication and his pride in the institution.

Tagore’s famous Open Air Classrooms, are seen around the  campus, where students sit under tall trees in a circle with their teachers.

One of the main attractions in Shantiniketan is the Uttarayan complex where Tagore lived. It now has a museum and art gallery.

The Upasana Griha or Prayer hall the most stunning building  stands out because of its many-colored glass windows, made of several colored Belgium glasses with marble steps on all the four sides by the poet's father in 1863. In the  evenings, candles are lit around the prayer hall, and it wears a magnificent and magical look in the flickering light!

Chhatimtala  the meditation spot of Tagore's father, Maharshi Debendranath Tagore is a very peaceful place, there is a giant Chhatim Tree,  where later Rabindranath Tagore sat to write his poems and novels.

Kala Bhavan is considered to be one of the best visual arts colleges in the world. It has wall paintings, sculptures, frescoes, and murals of famous artists.

Shantiniketan is a shopper's  paradise a well regarded center for traditional handicrafts such as batik, pottery, weaving, leather and nokshi kantha embroidery.

Wandering Baul singers are to be seen near the Kohai, and are as much a feature as the handicrafts!

The best time to visit is during one of the many festivals such as the three day Poush Mela (usually in late December), with its live Bengali folk music, and Basanta Utsav or Holi famous all over the world is celebrated! 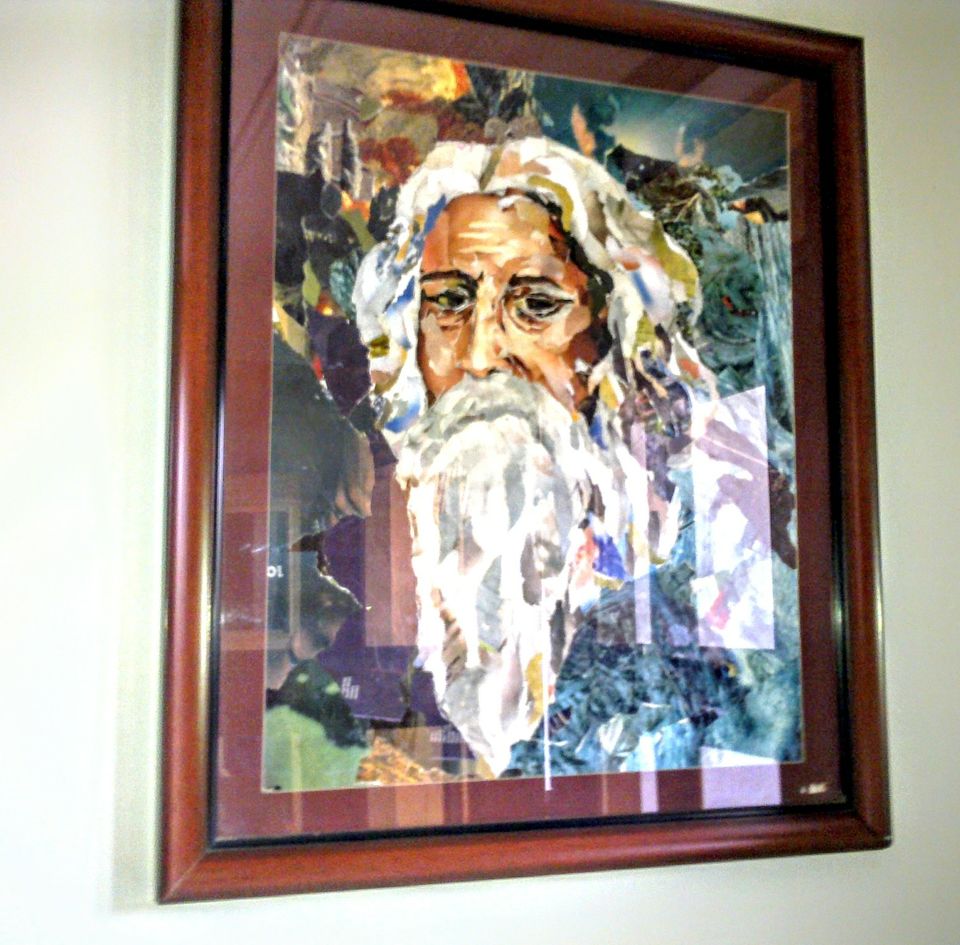 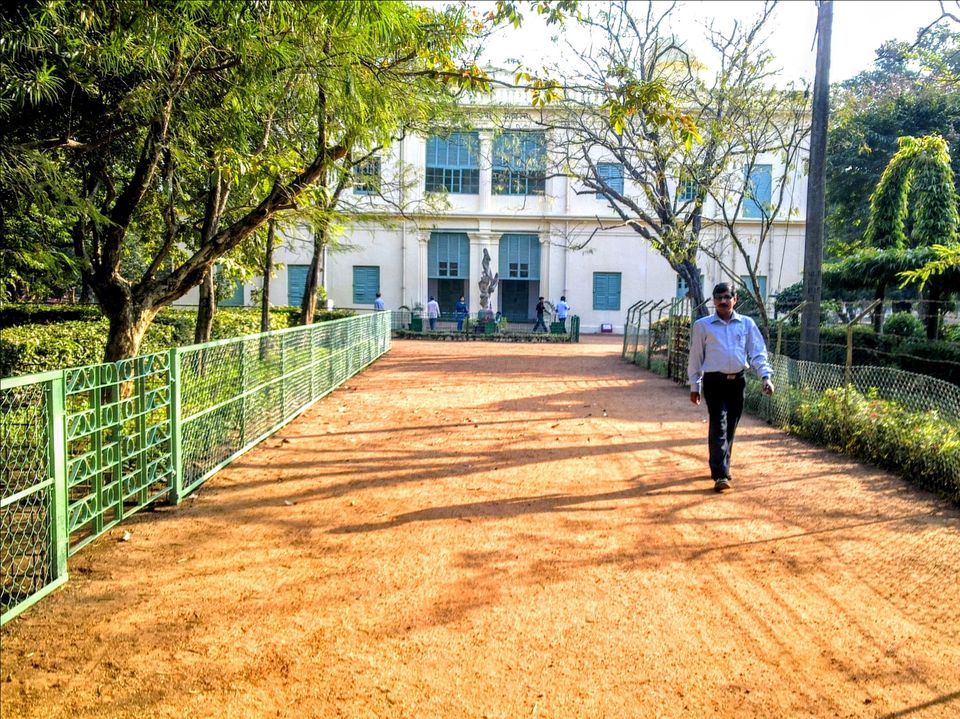 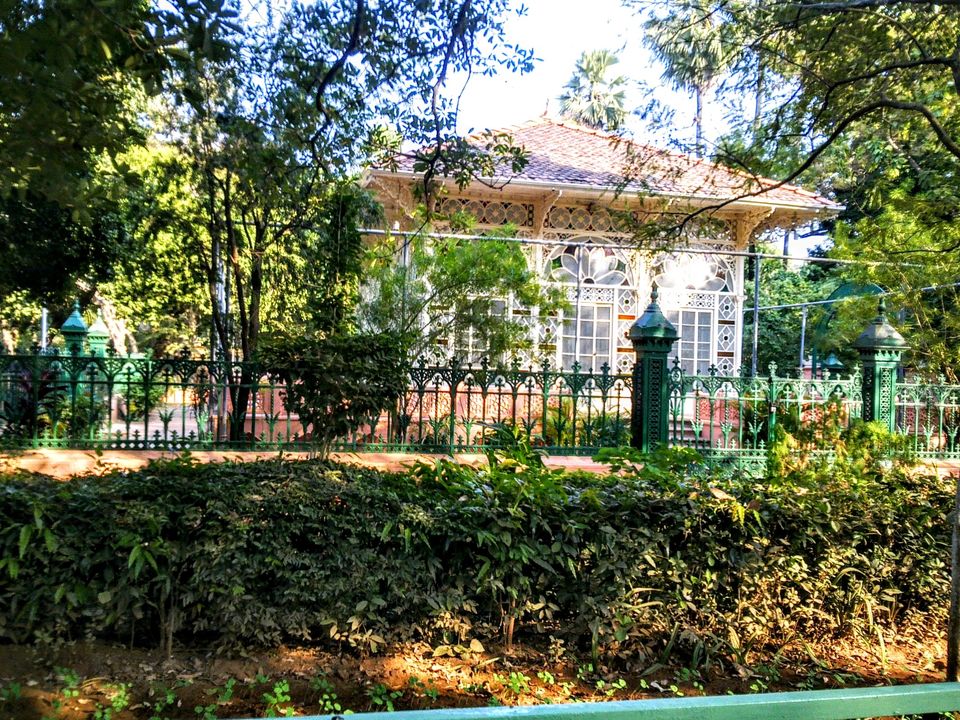 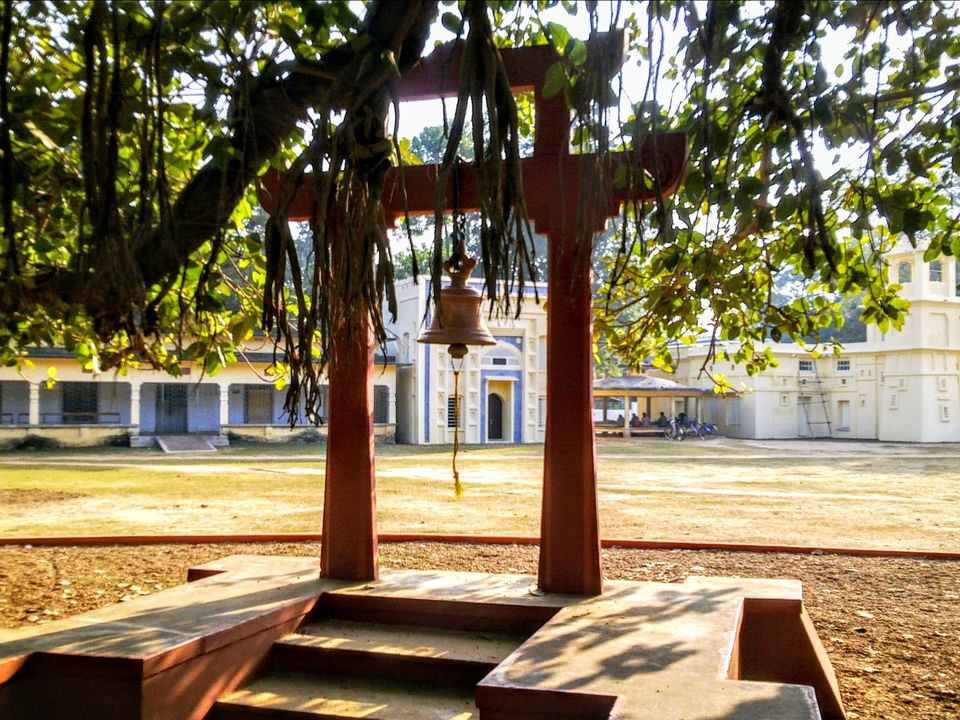 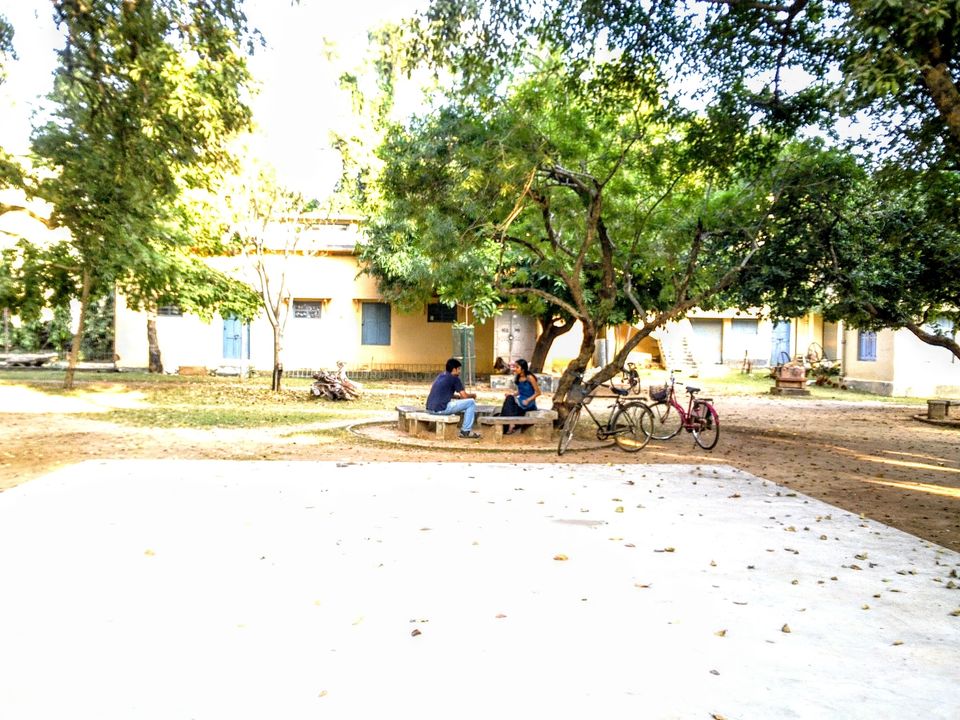 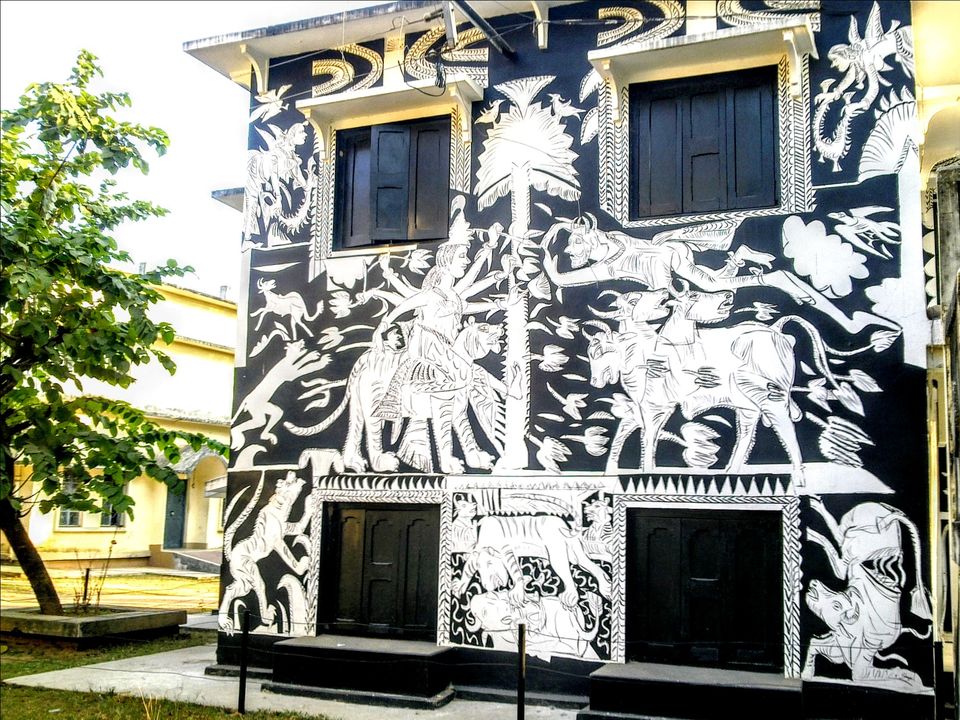 Murals on the walls, done by students of Shantiniketan! 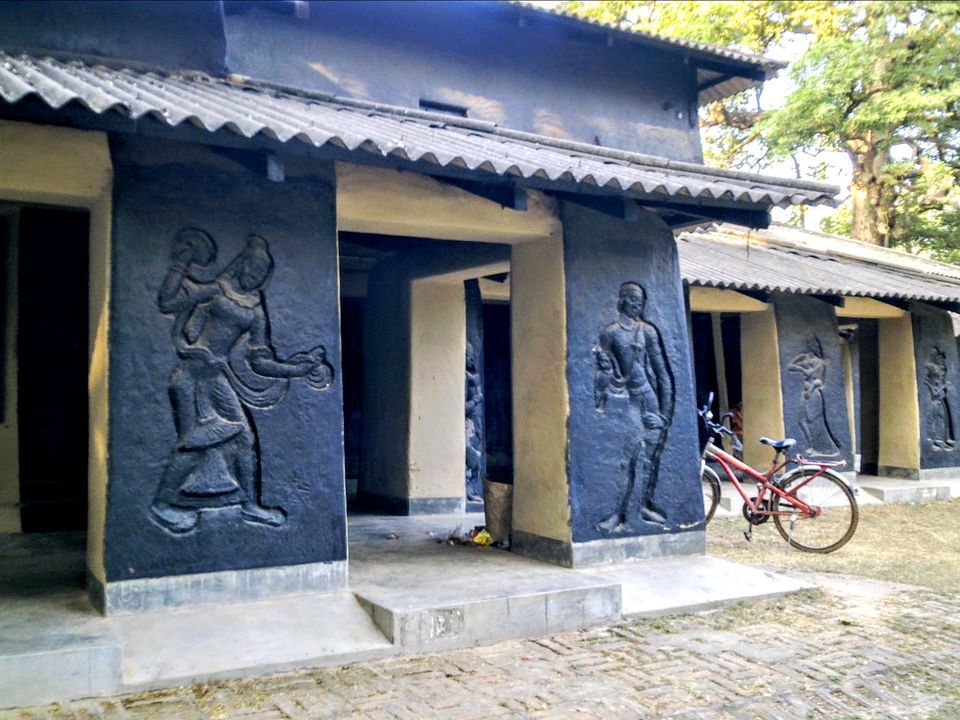 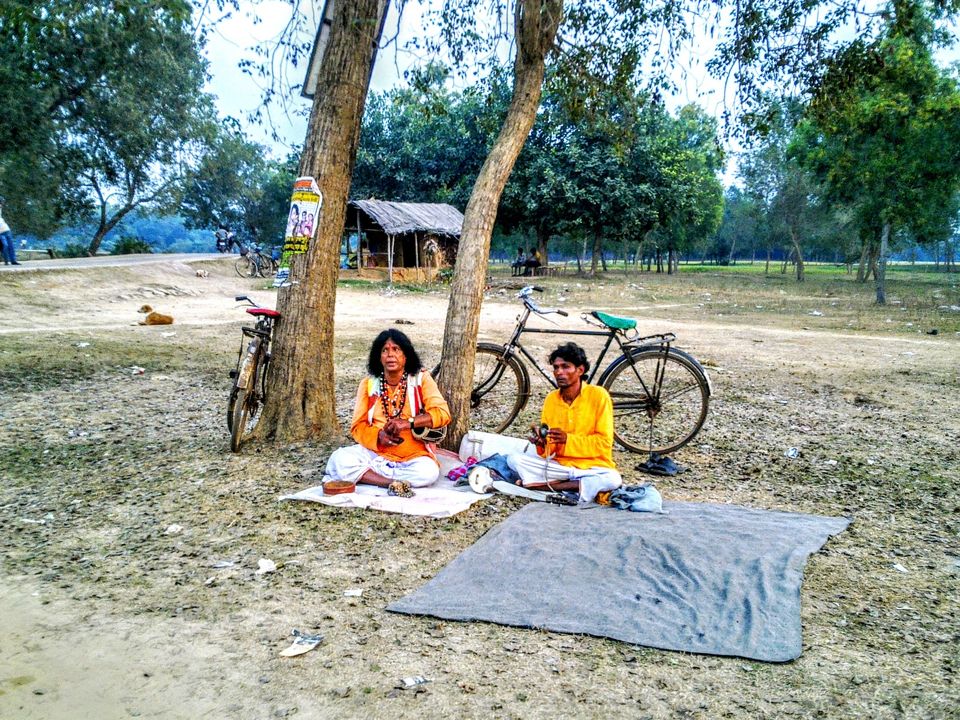