A Hidden Treasure of West Bengal 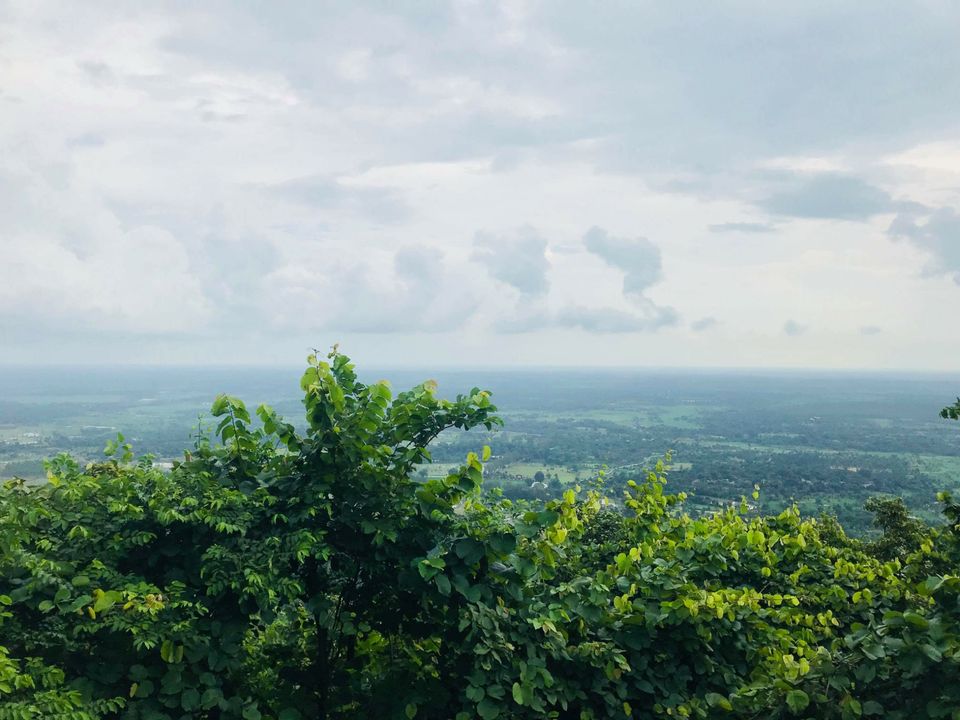 The car was zooming along the silver band and the green of different shades on both the sides seemed to become denser with every passing kilometre. As the perfect set of long-drive Bollywood tracks played to enhance the mood, we got lost in the feel of escaping into the countryside. Early morning rain-clouds were building but I guess the rain couldn’t catch up with us. The view got blocked every now and then with the bright happy-yellow colour of the trucks on NH2. Oh! There were more colours. Random stalls of truck decors were not of my interest, but the pop colours enticed me. Suddenly my eyes got stuck in a blue scooty, ridden by a young lady clad in white saree with red border and I snapped out to realize that I was in West Bengal.

Our destination for the day was Susunia Hills in Bankura district. We started our journey at around seven in the morning from Kolkata and took a couple of halts, once a tea break just outside Kolkata and the second was in Shaktigarh for their famous Lyangcha. The car crossed trails through lush green paddy fields, greener forests, bridges over gushing rivers, railway tracks, and the changing Bengali culture-from modernism to old hat. The road narrowed down as we got closer to our destination.

We covered 230kms and made it to the base of Susunia Hills by noon. Surrounded by shops selling stone-carved artworks, is the holy spring which is known for its magical non-stop overflow of water, even during dry summers. People from faraway lands come to collect the holy water. All geared-up, we started climbing up the path made of huge rocks. The scorching sun drained all our energy, and we had to take a break for lime water within just 15 minutes and that was the last stall on the way. It was a difficult climb I must say, and I almost gave up. Thanks to my darling friends, four not-so-adult men, who pushed and motivated me to complete the hike. And the view, once we reached the top of the first hill, known as Choto Pahar, made me realize one thing; that I had been under estimating West Bengal all these years. A bird-eye view from a height of 1,450ft was alluring enough to stimulate us to climb up the second hill, Boro Pahar. Right at that point, it started pouring heavily and we took shelter under a huge tree. The weather became pleasant suddenly, which looked like a gift from God, or maybe a signal to go for the second part. Now only if I could explain in words the feel of sitting under a tree, atop a hill, surrounded by forest while it rains!

In a while the rain stopped and we made it to the second hill, slewing and balancing ourselves through the green and wild of the Eastern Ghats. The stone-path had challenges ready at every point and there was no human soul around apart from our group. The volume of nature’s music increased by few points and the serenity was worth the struggle, though the monkeys around didn’t quite seem to approve our act of trespassing their area. There was a small, derelict temple, marking the top of the hill. After resting for a while and soaking our souls with the mild but magical zephyr, we started descending and reached the based by four in the afternoon. After the long jumps from one rock to the other, I couldn’t feel my legs anymore and it took four glasses of lime water for me to breathe normally.

On our way back we decided to treat our hungry pots with some road-side dhaba delicacies. The return journey was marked memorable as we saw the somewhat-orange moon chasing us while in a distant-view, the trains were playing hide-and-seek. Our body was exhausted but our soul got rejuvenated. 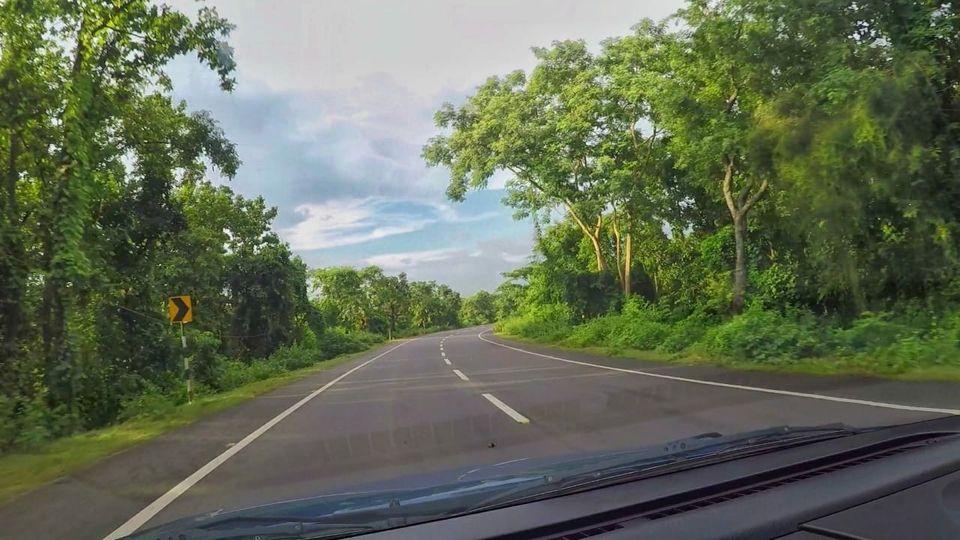 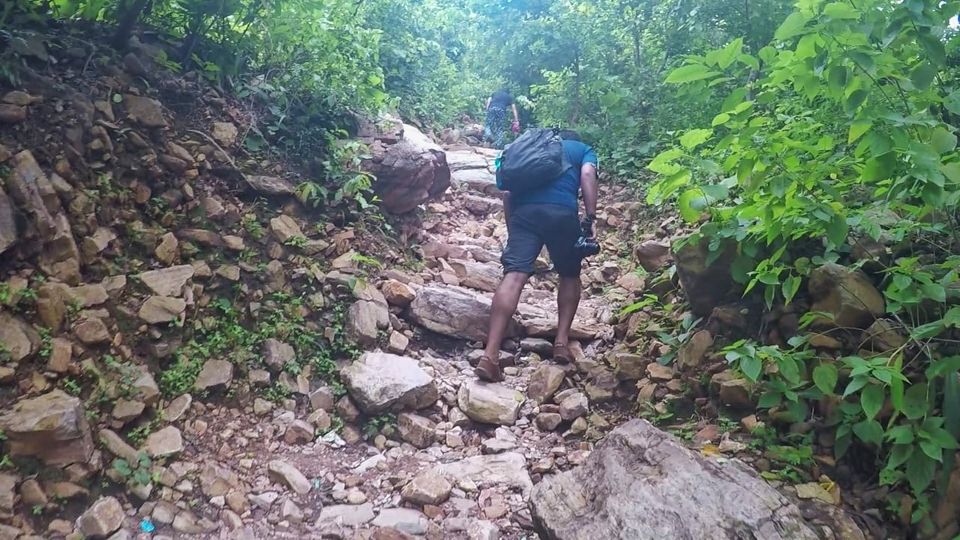 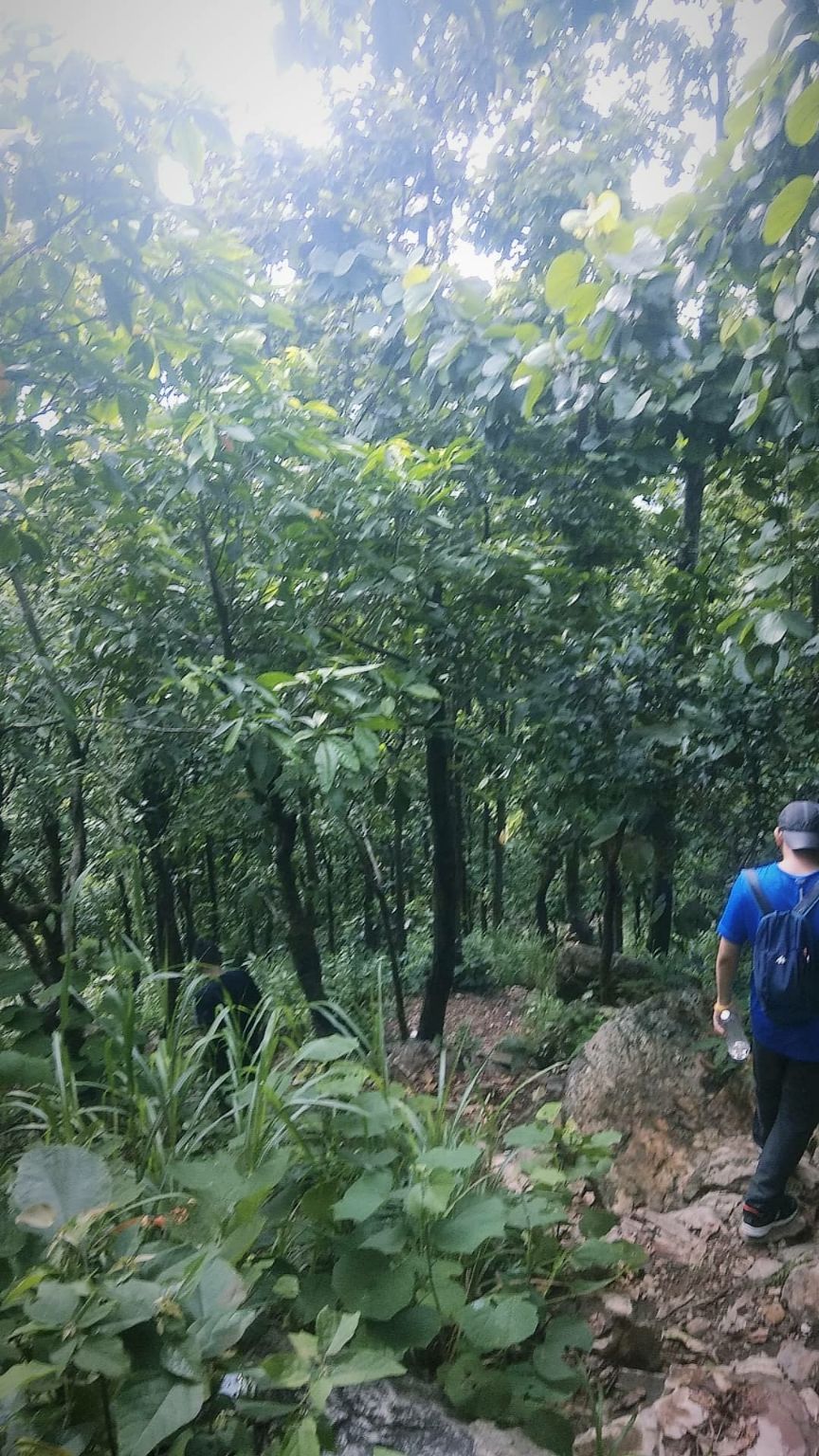 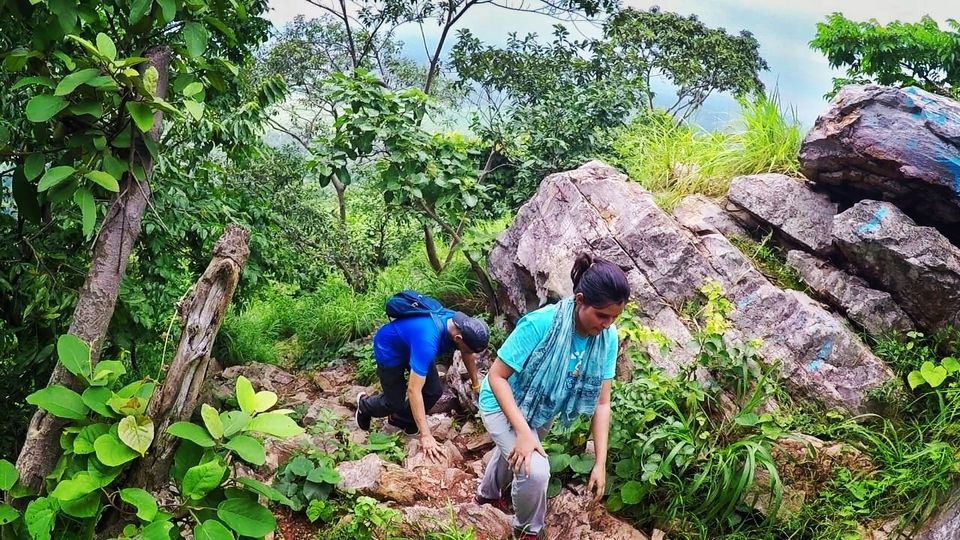 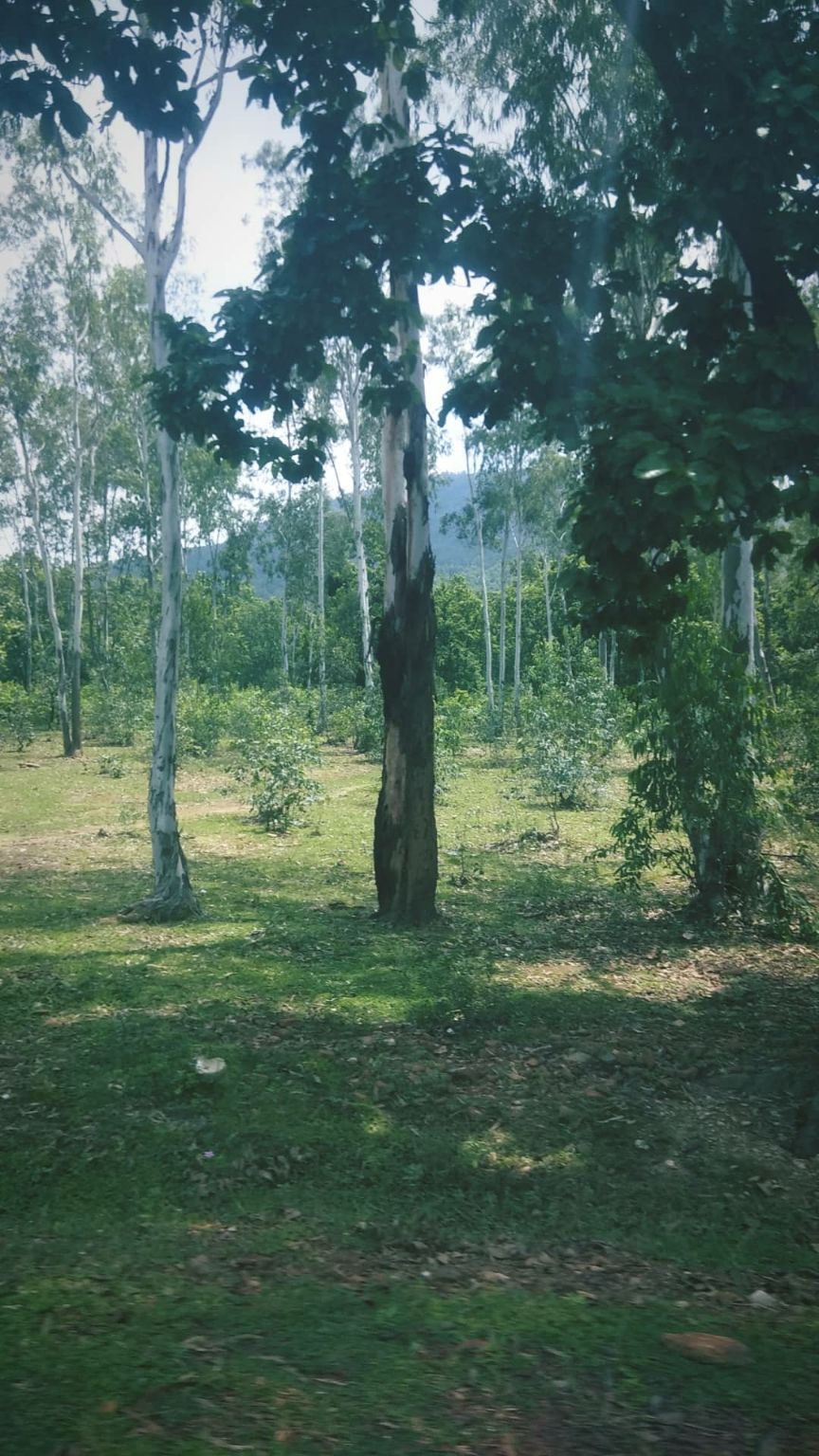 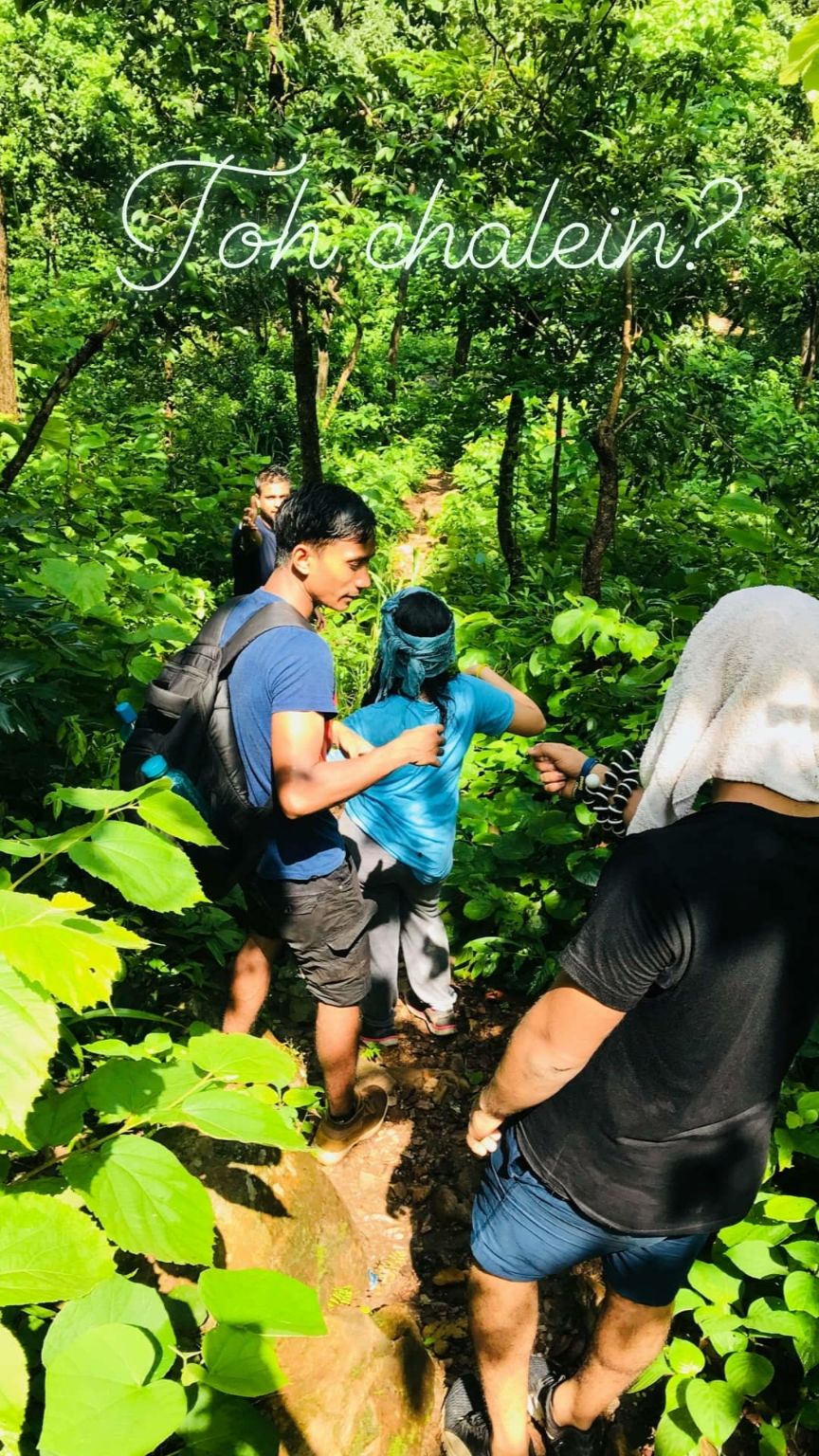 The smile on your face when you achieve it. 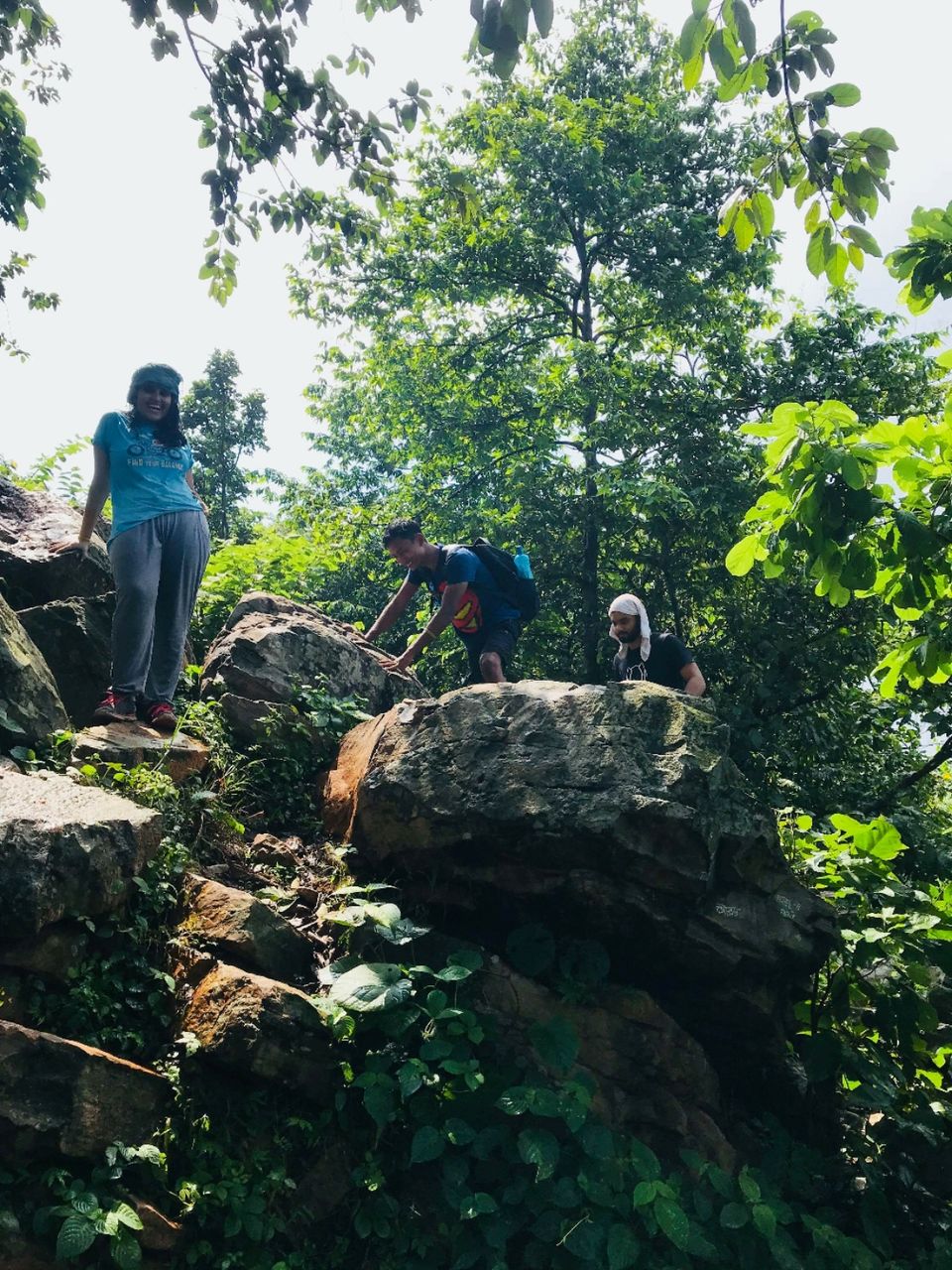 The temple on the top. 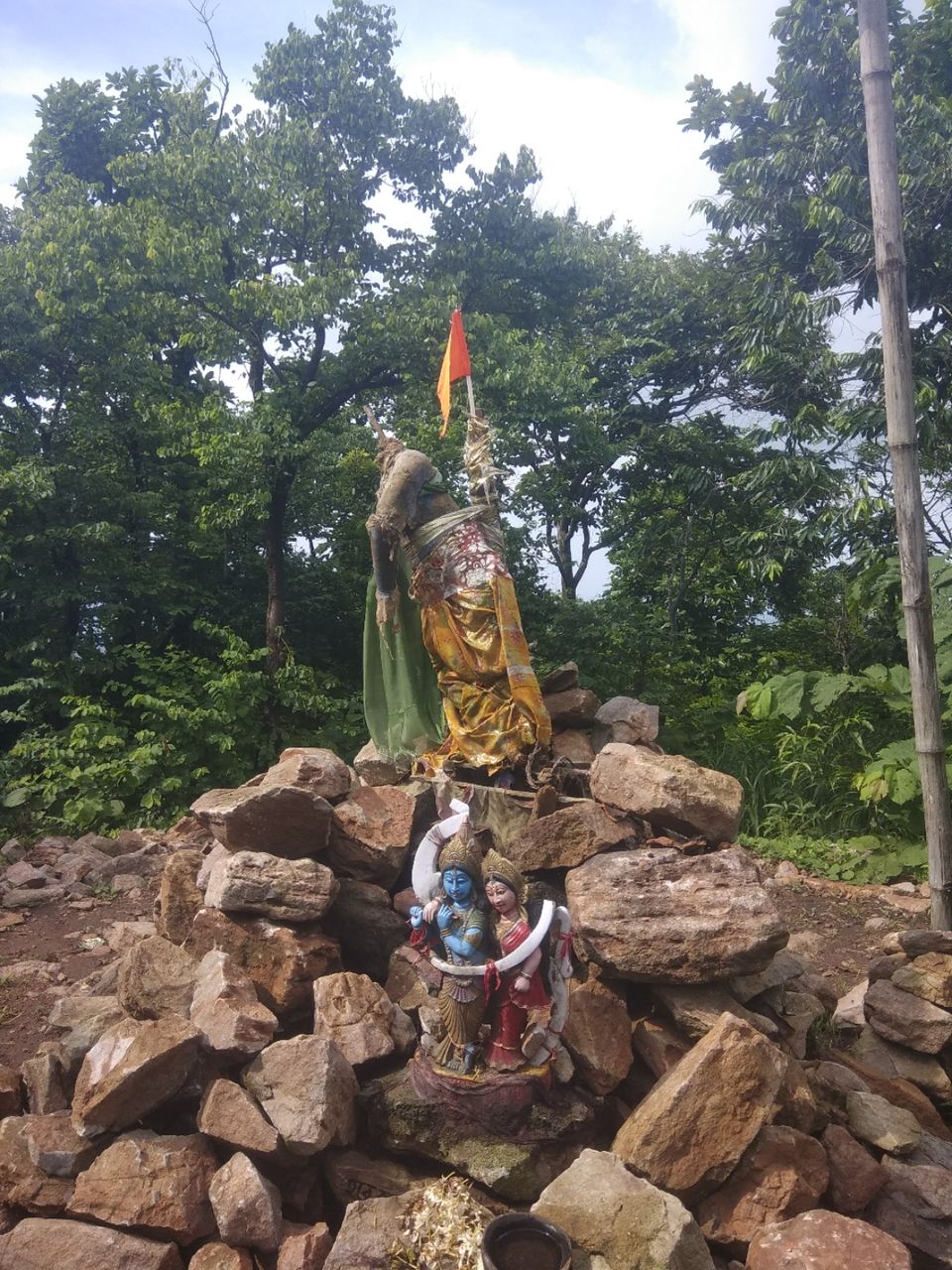