Offering travellers an exhilarating mix of natural beauty, adventure and great food - one will be spoilt for choice when choosing among best weekend getaways from Bangalore. While the city itself is a wonderful place to stay, everyone needs a break once in a while and that’s when you’ll thank your stars for the huge variety of stunning weekend getaways from Bangalore. 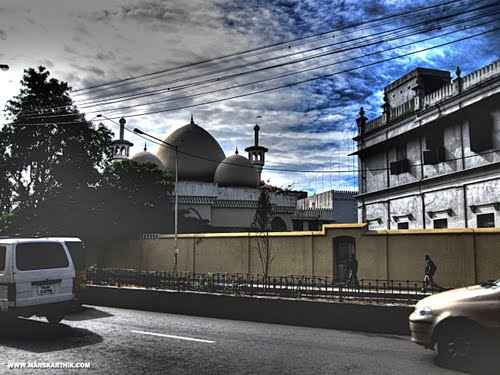 Chennai
Located off the coast of Bay of Bengal is Tamil Nadu’s capital and India’s fourth largest ...
SightseeingNatureBeachesFamily Vacation
Trips•Places to Visit•Hotels•Getaways 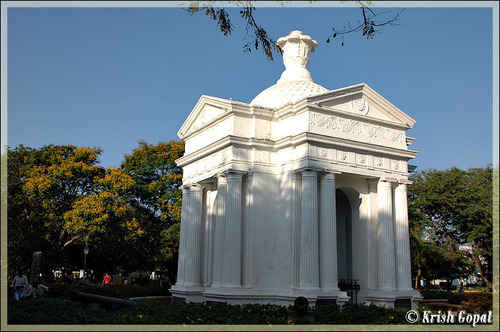 Pondicherry
Pondicherry is what dream vacations are made of. With a rich heritage and an enthralling p...
SightseeingPiers & BoardwalksBeachesNature
Trips•Hotels•Places to Visit•Getaways 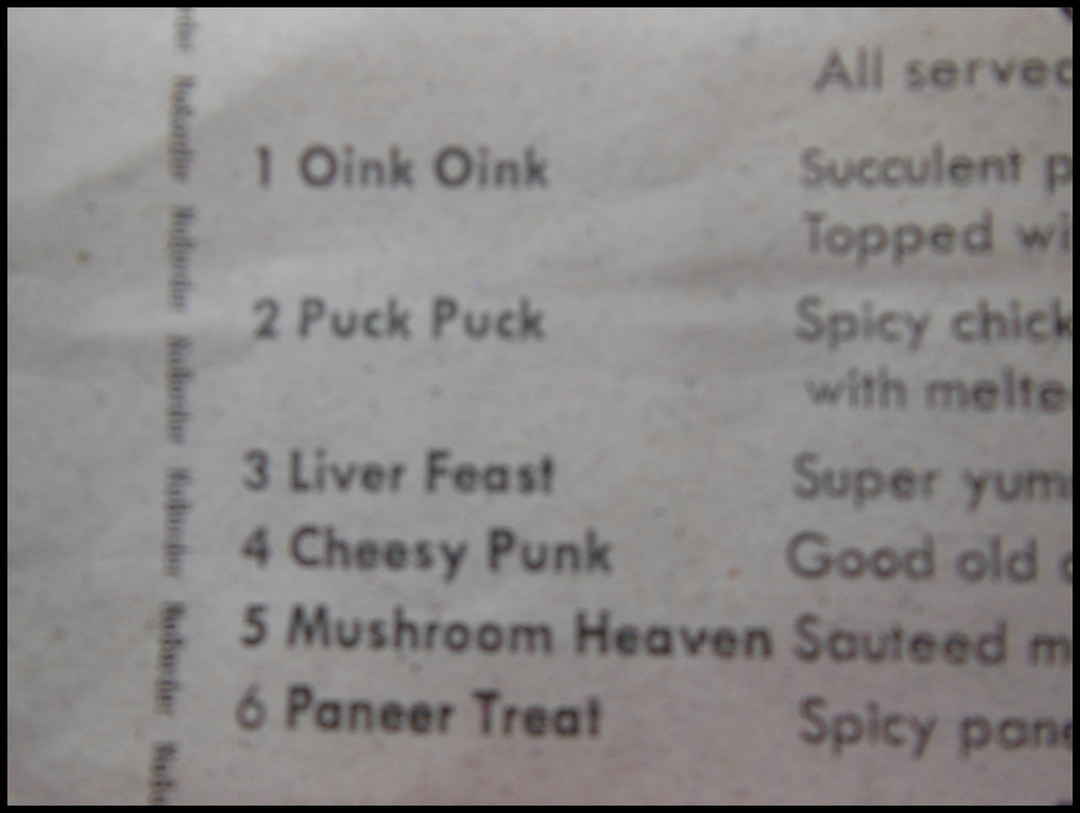 Coorg
In the southern part of India lies the breathtaking hill station of Coorg. The district is...
NatureWaterfallsSightseeingWildlife
Trips•Places to Visit•Hotels•Getaways 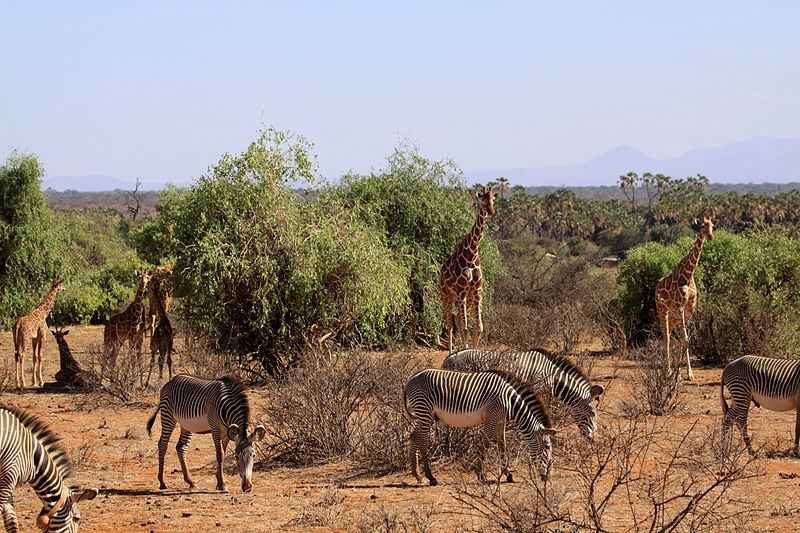 Ooty
If you are planning a trip to the mountains, it’s understood that breathtaking sunsets, im...
NatureGardensHoneymoon & Romantic GetawaysMountains
Trips•Hotels•Places to Visit•Getaways 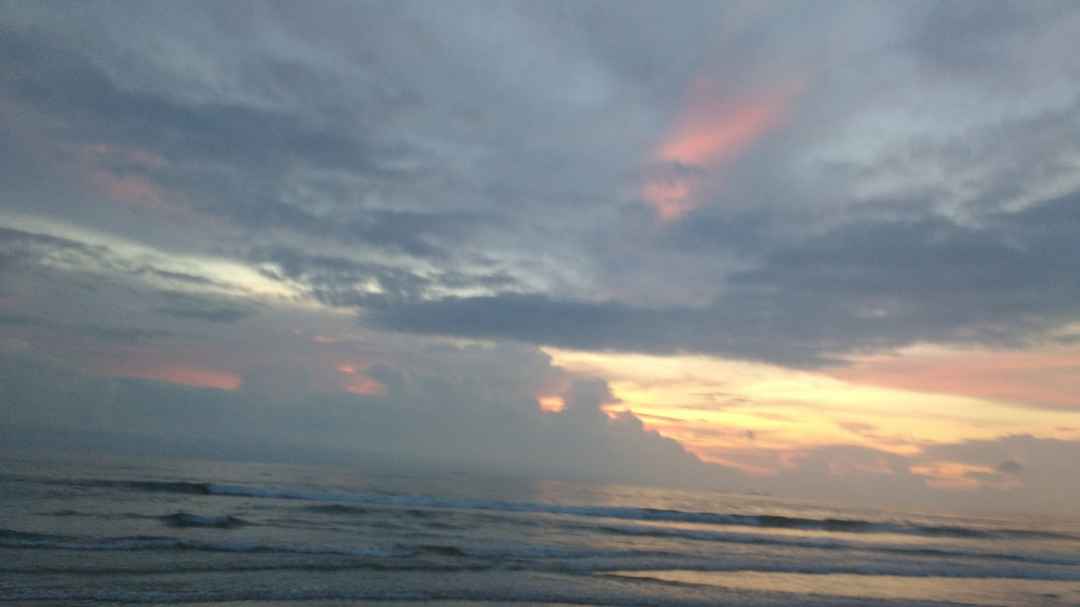 Mangalore
Known as the gateway to Karnataka, the picturesque city of Mangalore is famous for its gol...
SightseeingNatureBeachesReligious Places
Trips•Hotels•Places to Visit•Getaways 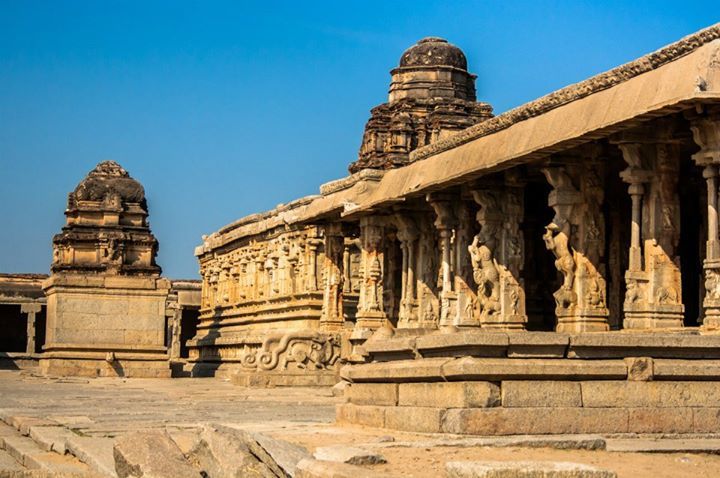 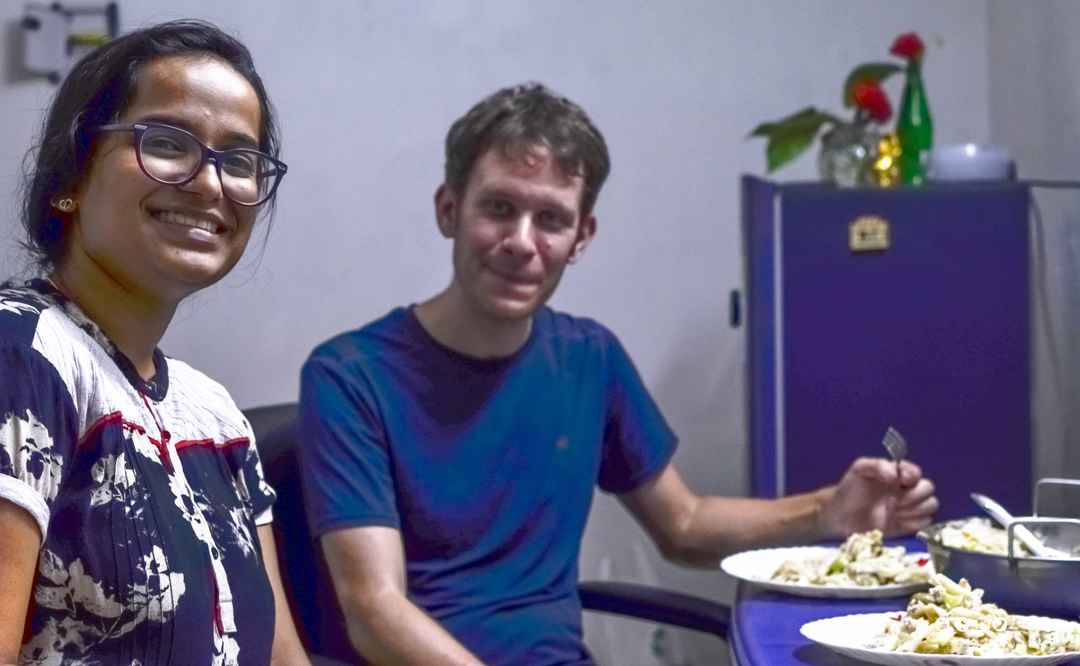 Coimbatore
A major city and commercial hub in Tamil Nadu, Coimbatore offers not much in terms of tour...
SightseeingTrainsNatureGardens
Trips•Hotels•Places to Visit•Getaways 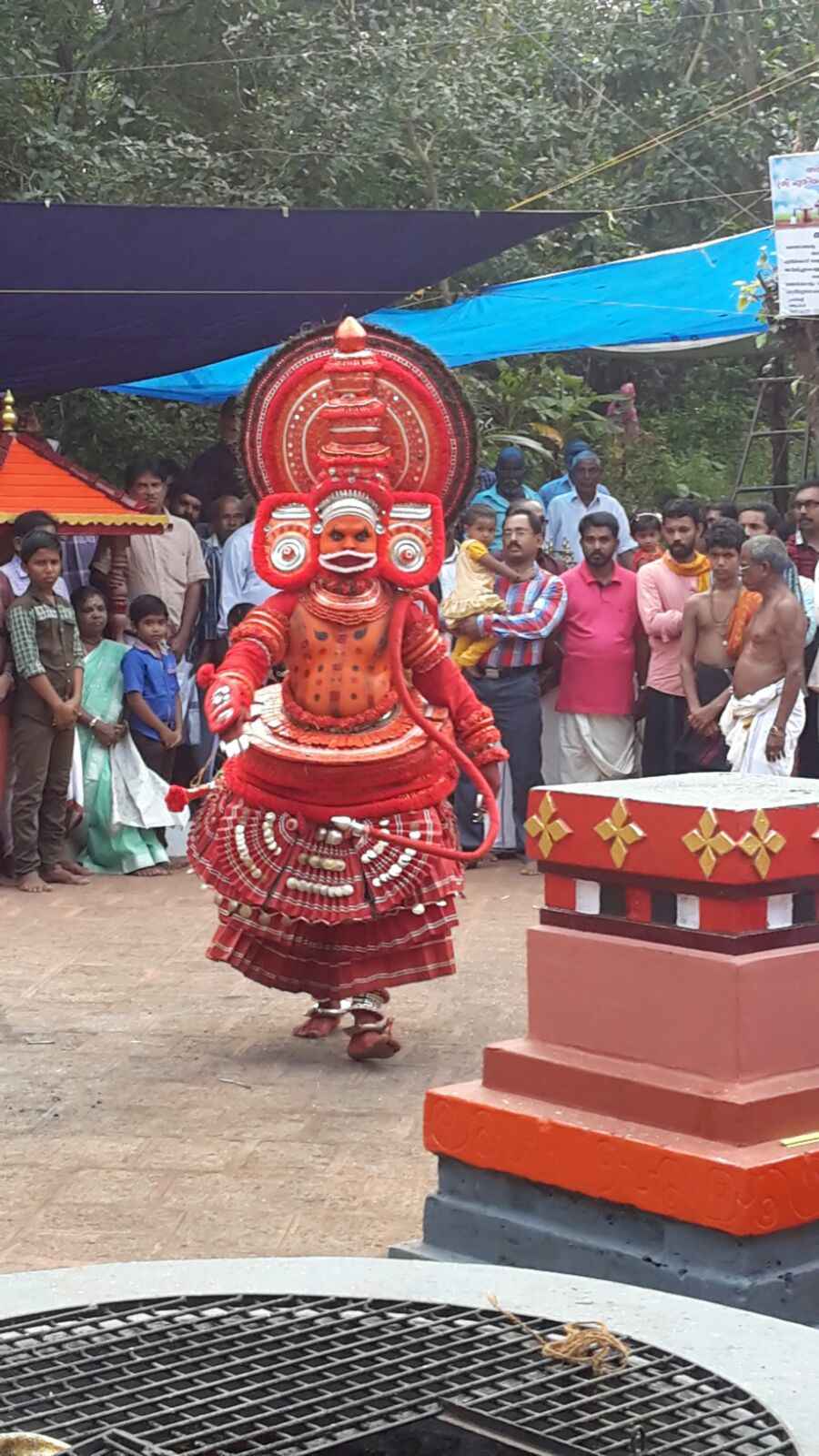 Kannur
Need a dose of vitamin sea? This city in the North Malabar region of Kerala can surely tak...
BeachesNatureSightseeingHistorical Places
Trips•Hotels•Places to Visit•Getaways 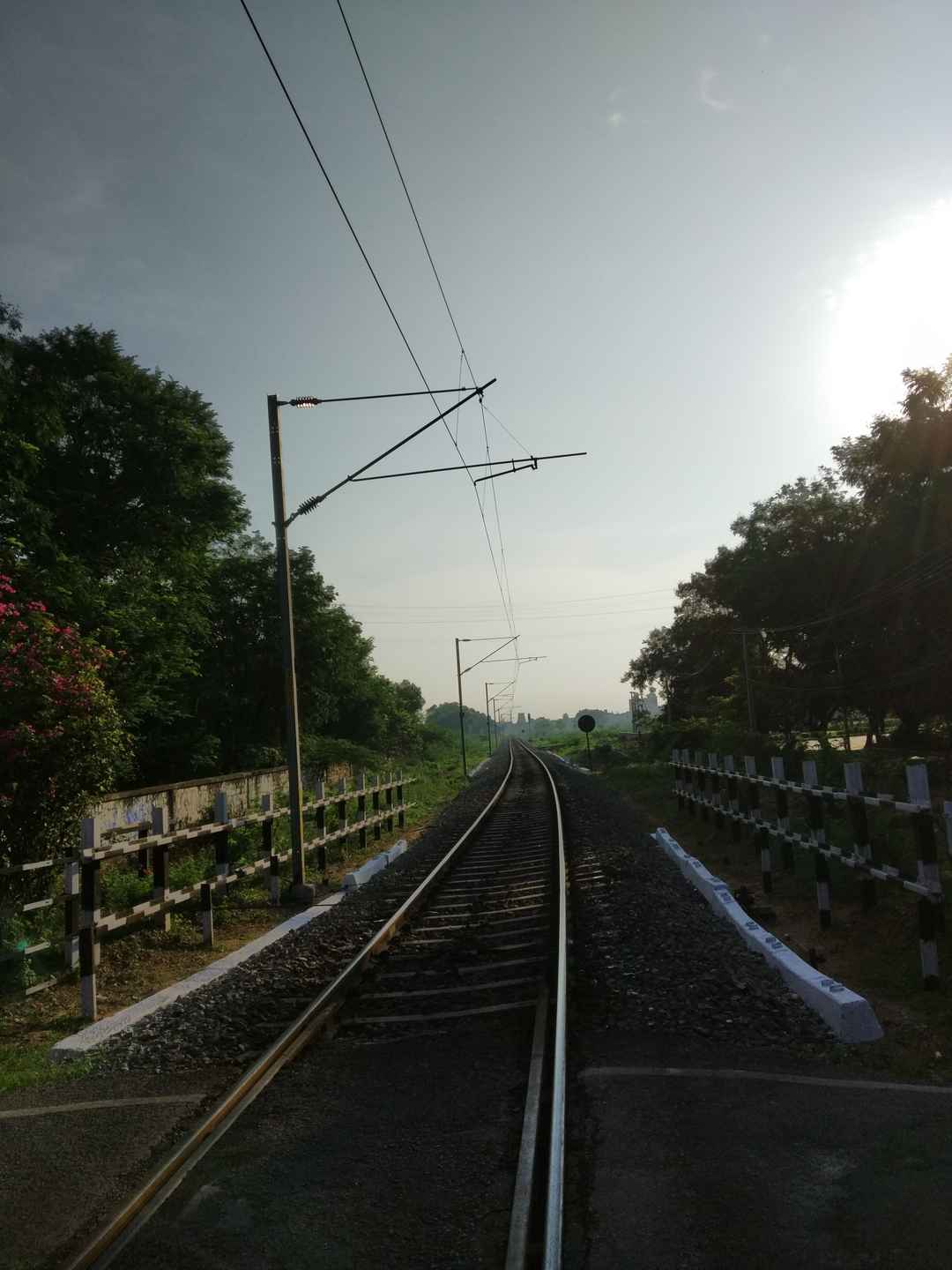 Tirupati
Known all over the country for the sacred Sri Venkateswara Temple, Tirupati is located in ...
Historical PlacesSightseeingNatureWaterfalls
Trips•Hotels•Places to Visit•Getaways 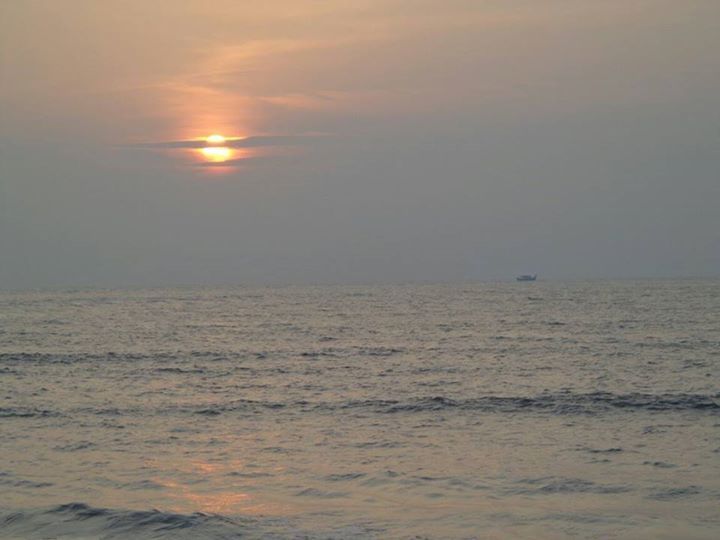 Kozhikode
Another mistress of spices of the South, dominated by Arab and European influences. The ci...
NatureHill StationsMountainsTrekking
Trips•Hotels•Places to Visit•Getaways 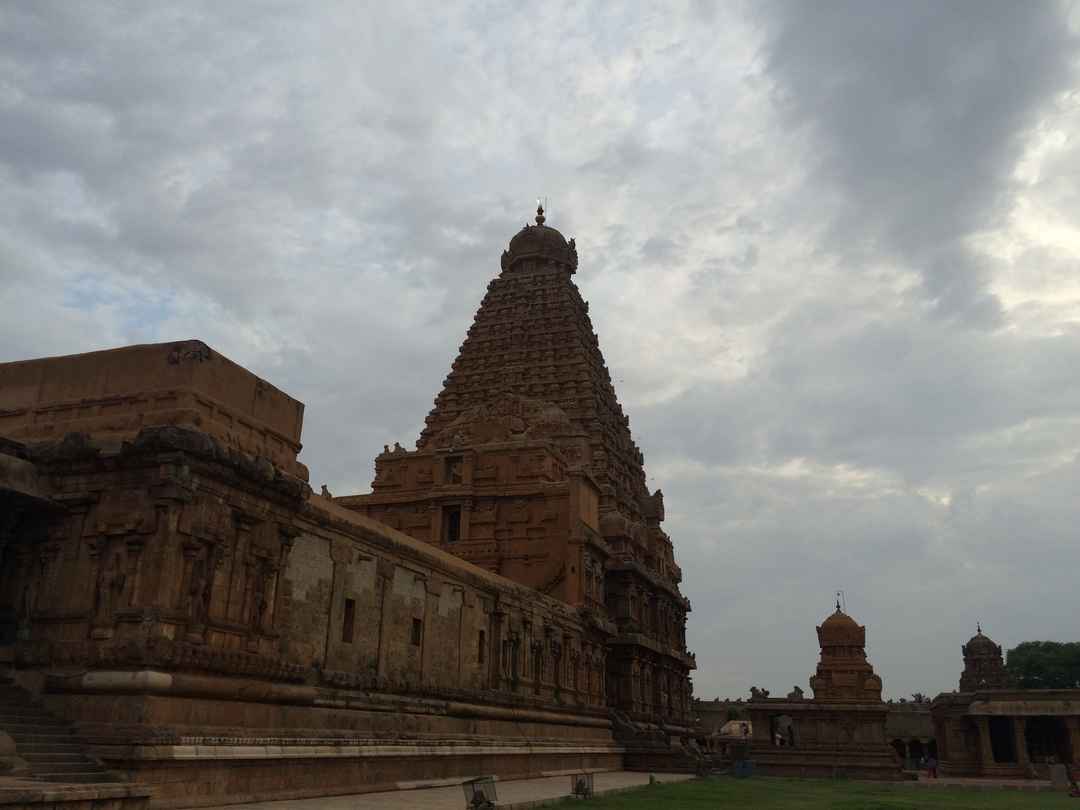 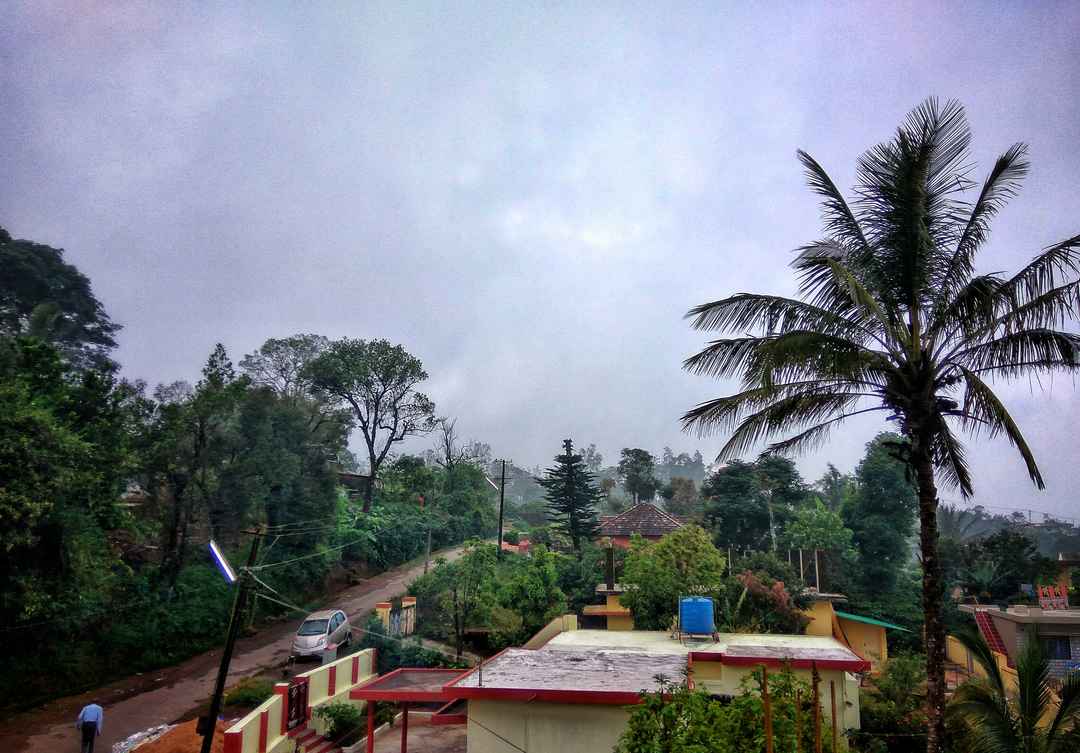 Madikeri
A bustling market town surrounded by lush green hills, Madikeri has a pleasant climate to ...
NatureWaterfallsSightseeingWildlife
Trips•Hotels•Places to Visit•Getaways

An erstwhile summer retreat for Tipu Sultan, Nandi Hills is popular as one of the weekend getaways from Bangalore owing to breathtaking viewpoints, cycling trails and short trekking routes. In fact, adventure lovers head here during the evening and trek small hills to catch a glimpse of the sunrise. Nandi Hills is also home to the Bhoga Nandeeshwara temple which is located in the village. With Lord Shiva as the main deity, the temple is visited by a number of travellers for its intricate architecture and reverence. Nandi Hill is a great option for adventure enthusiasts who are looking for weekend getaways from Bangalore since it’s a popular spot for paragliding and hiking. Since rains are quite unpredictable in this region, we suggest avoiding travelling during the monsoon months of August and September.

Horsley Hills is an ideal 2 day trip near Bangalore and definitely one of the best weekend getaways from Bangalore. Located in Andhra Pradesh, it is approximately 150km from Bangalore and one can easily reach within three hours. A serene hill station, Horsley Hills is one of the best weekend getaways from Bangalore, owing to the short distance, natural beauty and pleasant weather. Irrespective of when you visit, Horsley Hills promises cool, sunny days and chilly nights. The most popular place here is the Koundinya Wildlife Sanctuary which is home to unique flora and fauna and is a delight for nature lovers. Besides serving as a refuge for various birds, the sanctuary also shelters animals such as bears, sambas, panthers and jungle fowl.

If Horsley Hills is among your preferred weekend getaways from Bangalore, we suggest keeping aside at least three to fours hours for the sanctuary. While there is not much to keep travellers busy with respect to shopping and high-end restaurants, the small town has adapted itself to the constant trickle of tourists. You will find small cafes selling local delicacies and amazing coffee as well as a few shops selling local crafts. If you are travelling with children and are considering Horsley as one of your weekend getaways from Bangalore, you can try rock climbing, rappelling, zorbing and swimming at some of the local tourist spots.

Bheemeshwari is located 35km from Bangalore and is one of the most popular weekend getaways from Bangalore if you are looking for a short trip. Mostly preferred by those who enjoy fishing, Bheemeshwari has recently garnered popularity owing to its raw, earthy vibe and simple way of life. The first sights that greet one in Bheemeshwari are the gushing rivers, lush greenery and verdant fields of flowers and in-season crops. With beautiful fishing camps by the river, Bheemeshwari is a great option if you are looking for a no-fuss camping destination. For travellers who are looking for an action-packed vacation, the small town close to the stunning Cauvery River is perhaps one of the few weekend getaways from Bangalore that can pack in a bundle of experiences in a short while.

Travellers will also be taken in by the charm of Madhugiri Fort. Located 100km from Bangalore, Madhugiri is one of the most favourite weekend getaways from Bangalore for adventure enthusiasts. A single hill, it is the second-largest monolith in Asia and tourists visit to admire the fort which is known for intricate architecture and was part of the Vijaynagar Dynasty. Situated on top of the hill, the fort is one of the most popular tourist attractions and also part of a popular trek. If you are a first-timer, the two to three hours trek might be a little challenging. We recommend taking regular breaks and heading up with a guide if you aren’t an experienced trekker.  Most travellers plan their weekend getaway from Bangalore well in advance and begin the trek quite early so they can enjoy the breathtaking views of the sunrise. There is no entry fee and no shops on the way up so it’s best to carry your supplies including snacks, water, torch and a jacket.

Among popular weekend getaways near Bangalore or best 2 day trip near Bangalore, Mysore stands out for its history and beauty. One of the most popular destinations in Karnataka, Mysore is better known as the City of Palaces. If you are a history lover, you will be charmed by the city’s architectural wonders, bustling markets and rich cultural heritage which is a big part of life in Mysore. An erstwhile princely state, Mysore’s most beautiful marvel is the Mysore Palace. In fact, Mysore Palace is a big reason why the city is one of the best weekend getaways from Bangalore.

Known world-over for its exceptional craftsmanship and brilliant architectural design, the authorities have ensured that the palace is well-maintained and retains its heritage and old-world charm. Among other things, Mysore is also a delight for food lovers since the cuisine in the city is unlike any other. If you have a good budget, you can even count Mysore among the best options for luxury weekend getaways from Bangalore.

Nestling amidst the Nilgiri Hills, Ooty is one of the few hill stations which has retained its charm and is as quiet as it was decades ago. The best time to visit Ooty is in the months of April, May and June and if you want to enjoy monsoon, we suggest going in the months of July and August. During this time, the hill station is enveloped in vibrant hues and one can’t help but fall in love with the charming town. Among the places to see here, you shouldn’t miss the Doddabetta peak which is the highest peak in South India and of course the famous tea-gardens and picturesque waterfalls.

Ooty is also one of the more popular weekend getaways from Bangalore owing to the plethora of absolutely gorgeous homestays and guesthouses in the city. Offering a local experience, the guesthouses are run by families which give travellers an opportunity to learn more about the way of life in Ooty. We recommend Hide Away, Irinjalakuda House, Colonels Inn and Tiger Hill Homestay for exceptional service, amazing local food and of course the breathtaking beauty surrounding the homestays.

Located 260km away, Coorg is a great option for weekend getaways from Bangalore for those who like busy holidays. Offering a perfect balance of natural beauty, adventure and serenity, Coorg is popular as a coffee-producing city. Also known as Kodagu, Coorg is where travellers can explore umpteen coffee plantations and learn more about the coffee-making process. Madikeri which is the heart of the city is where travellers will find transport including buses and taxis to explore nearby areas.

Coorg is one of the most preferred weekend getaways from Bangalore because of the numerous homestays and small guesthouses in the area. Set in the midst of lush hills and fields, these homestays offer travellers an escape from the daily monotony of everyday life. And not only are they ideal for couples, but these homestays also serve as the perfect weekend getaways from Bangalore even for friends and families travelling together.

For those who are travelling to Coorg for the first time, you must try the delicious Kodava cuisine. As is with all South Indian cities, rice is the main dish in all meals and the area’s most popular rice is sannakki, which goes very well with local mutton and chicken dishes. For sea-food lovers, you must not miss the fish and prawns which are prepared using local ingredients and herbs. For vegetarians, baimbali curry and kumm curry are a must-try.