By Nerdy Adventuress
I have been to the quiet temple town of Harihareshwar twice. Even though I love this quaint little village for its clean deserted beach, three times would have been too much! But the last time I was there, it was for the love of beaches sprawled with tiny turtles!
About 4 hours away from the hustle of Mumbai city is Harihareshwar. It is known for two things, its temple and its pristine beach. This time I was there to witness the Turtle festival.
I had heard about the turtle festival and had been waiting for the chance to get out and witness it myself. Last year I did manage to do so and therefore, this year before the hatching season starts, I wanted to share a post on it so you can start planning for the same too.
Every year between February to March, thousands of newly hatched endangered Olive Ridley turtles make their maiden walk into the sea. Part of the Konkan Turtle Festival, this spectacular event is organized by the Sahyadri Nisarga Mitra (SNM) on the serene beach of Velas.
Tip: The Velas village is located on the picturesque Ratnagiri coast and is pretty close to Harihareshwar if you go by sea. By road it is about a 100kms.

The Konkan Turtle Festival is part of the conservation program aimed at protecting the endangered Olive Ridley turtles. During the festival, activists of the organization as well as tourists and locals release thousands of freshly hatched Olive Ridley Turtles into the sea.
From Harihareshwar we drove down to Bagmandale jetty, barely 4 kms away. Boats leave from this pretty jetty taking vehicles & passengers alike every half an hour.
Once we reached the other side, we drove through the village upto Bankot fort. This fort is situated atop the hill and stands at the mouth of Bankot creek. The fort history is debatable but according to the locals and the various tit-bits I heard, the fort was known to be under the control of Adilshahi and by 1548, the Portuguese took over it. Later, the brave Marathas, under the able leadership of the great Kanhoji Angre took control over Bankot and rechristened it as Himmatgad. Though this fort is beautiful with a fantastic view of the sea, not many tourists come this way.
From the fort, we headed down towards the Velas beach. The drive along the sea is spectacular. Completely isolated beaches fringed with beautiful trees, the view can revive you of all the city stress instantly! Once on Velas beach, we waited until the activists were ready to release the baby turtles. Until then we walked around and explored the beach. Even though, the beach has black sand, it is absolutely soft and clean. Though it may not be very safe to swim here but it is perfect for a long walk along the shore to witness the romantic sunset.
Shortly the volunteers called the people to gather around as they expose the little turtles to the world. Looking at their size it is hard to believe that they would grow up to be at least 12 feet long! For now they slowly and shakily sweep their little fins towards the open sea. As the sun sets in a lazy orange splash, we make our way back to Harihareshwar.
Soon it was pitch dark and the only light you can see are the stars scattered loosely on the sky! As we sat around the bonfire and sunk our tired feet in the cold sand, we could hear only one sound, the soft splashes of the waves! The next day we visit the Harihareshwar beach which is clean and deserted.
Nearby is the Kalbhairav temple. This shrine dedicated to Lord Shiva is widely revered and is also known as Dakshin Kashi.
A short walk from behind the temple up the hill, the path goes via a huge rock. According to legends, when the Pandava brothes visited Harihareshwar, this rock was blocking their path. So Bheema, the strongest of the Five brothers hit the rock with his gadda(a club) and split the rock in two. As you go down, you can see the fabulous natural design of the rocks. Sunsets here are fant-ablous and definitely not to be missed! The Turtle hatching season starts next month, and Harihareshwar is a perfect weekend getaway with beaches, temples, wildlife, and forts all at the same place. So plan your trip now and don’t miss this beautiful event. 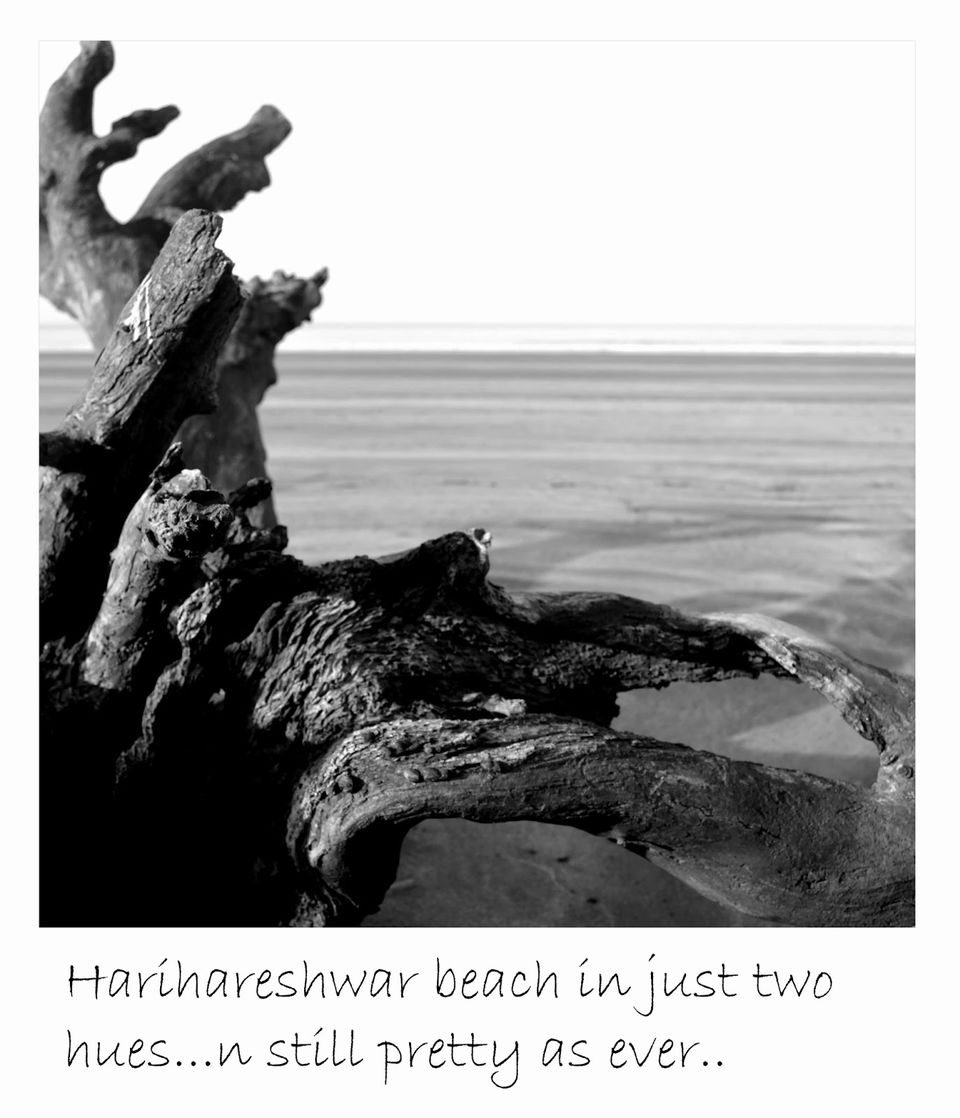 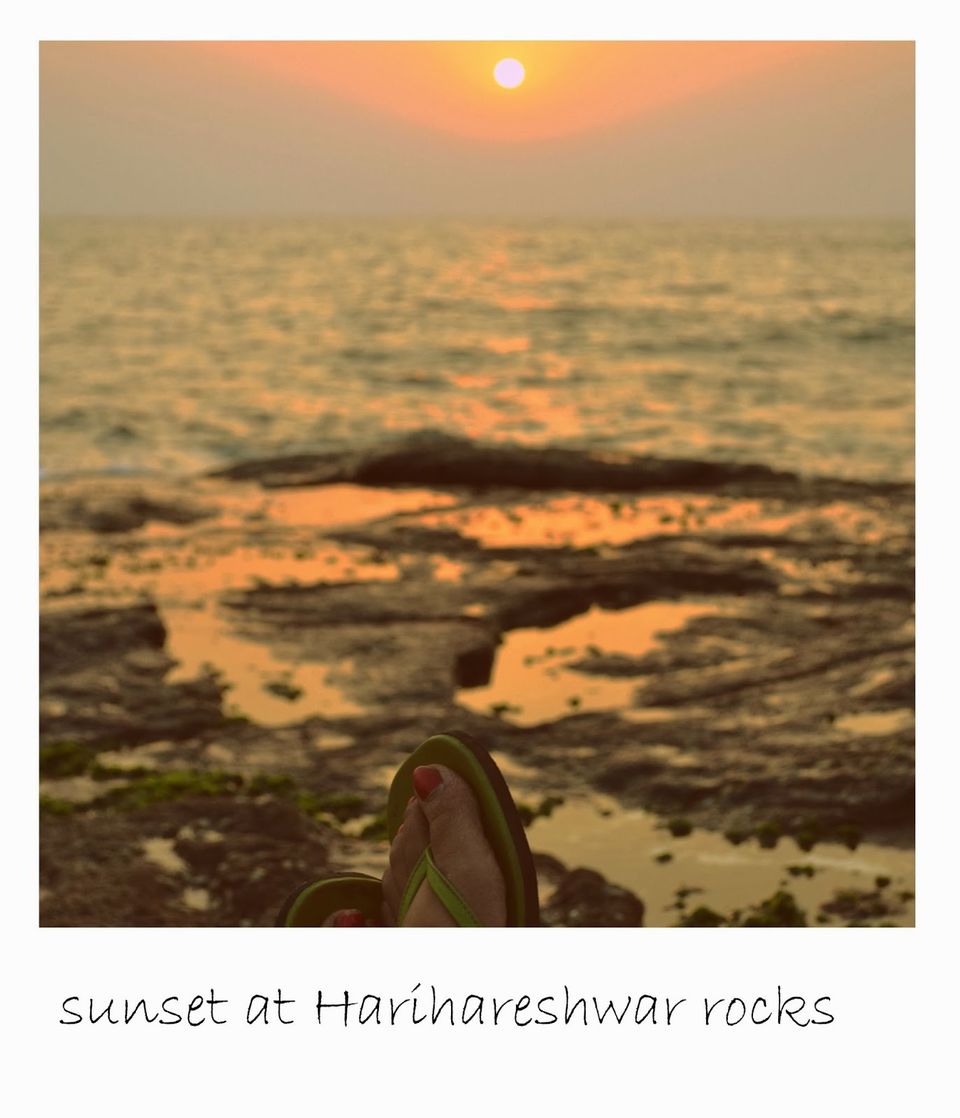 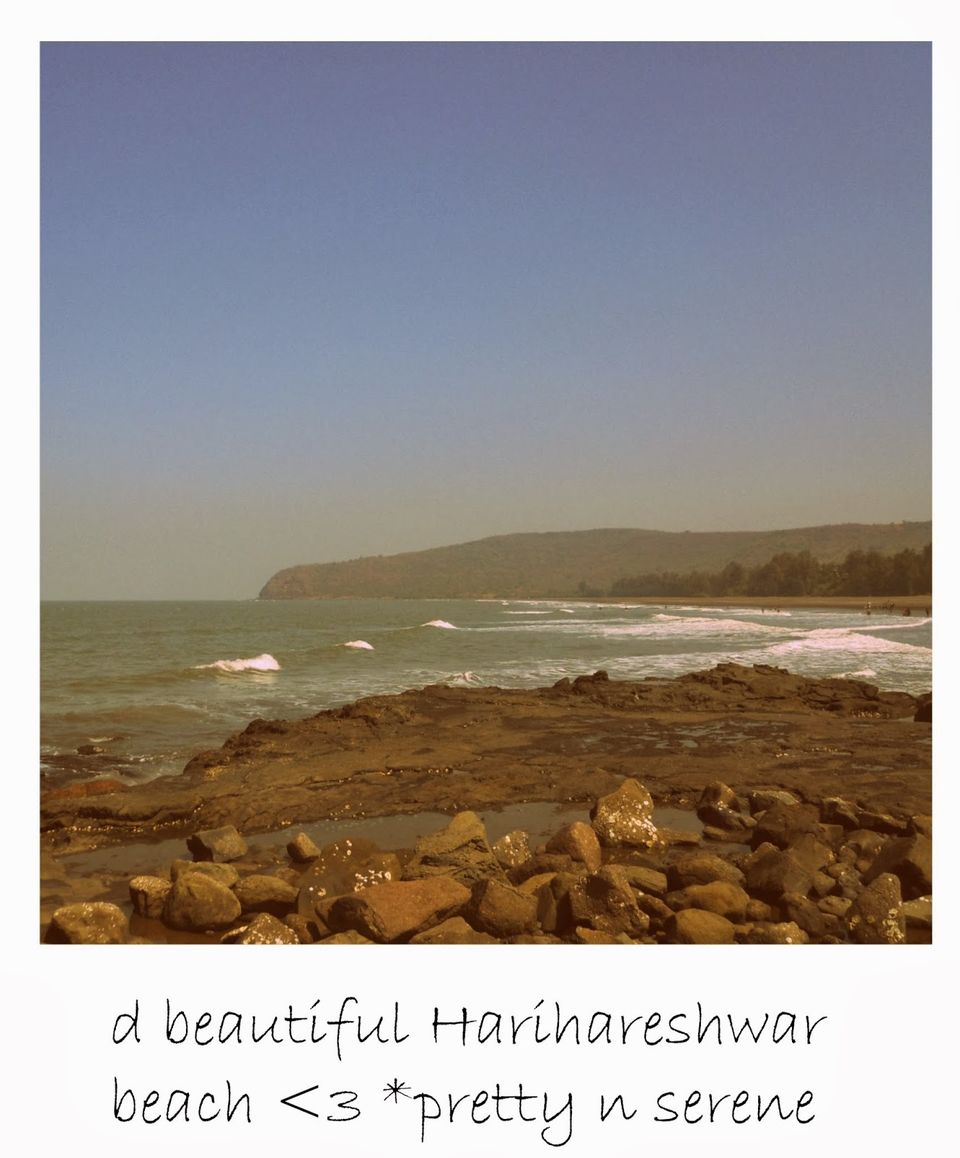 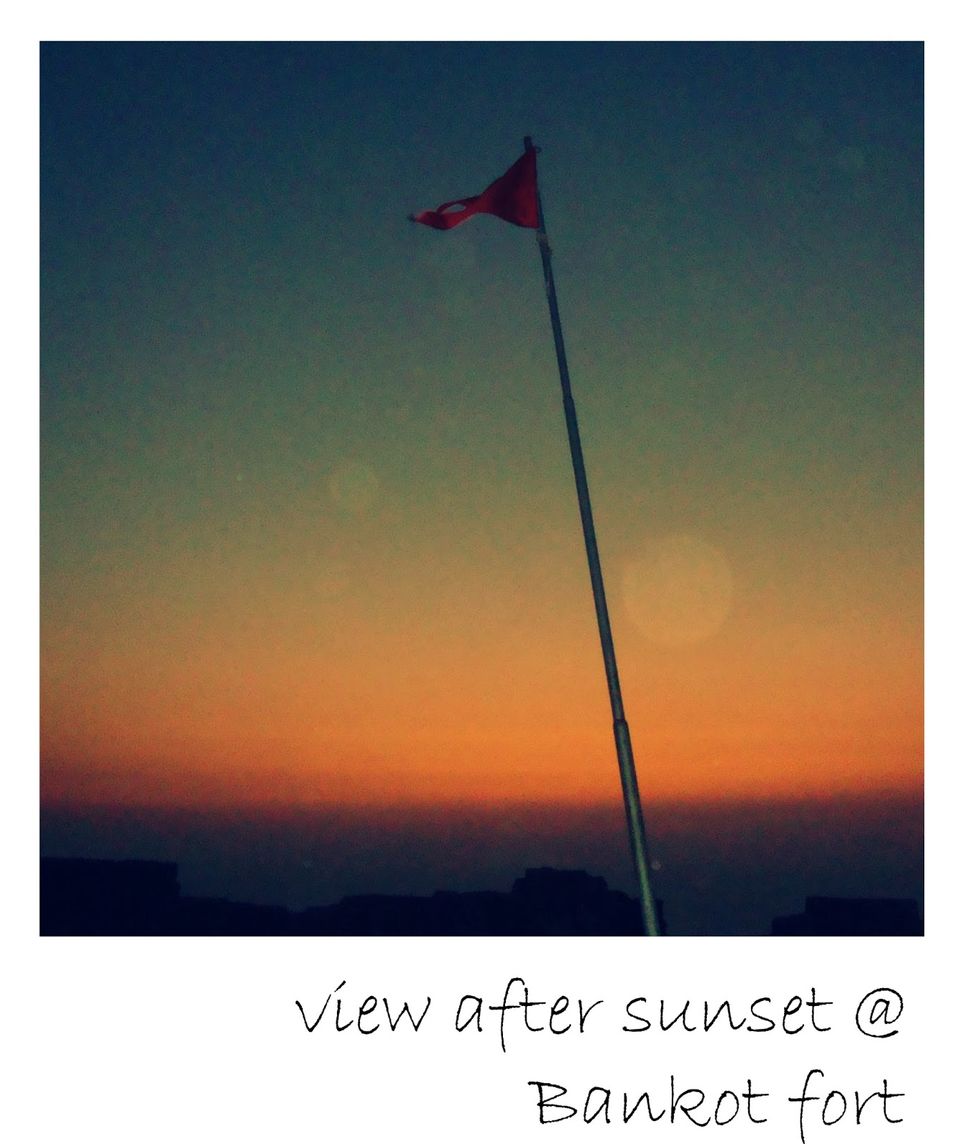 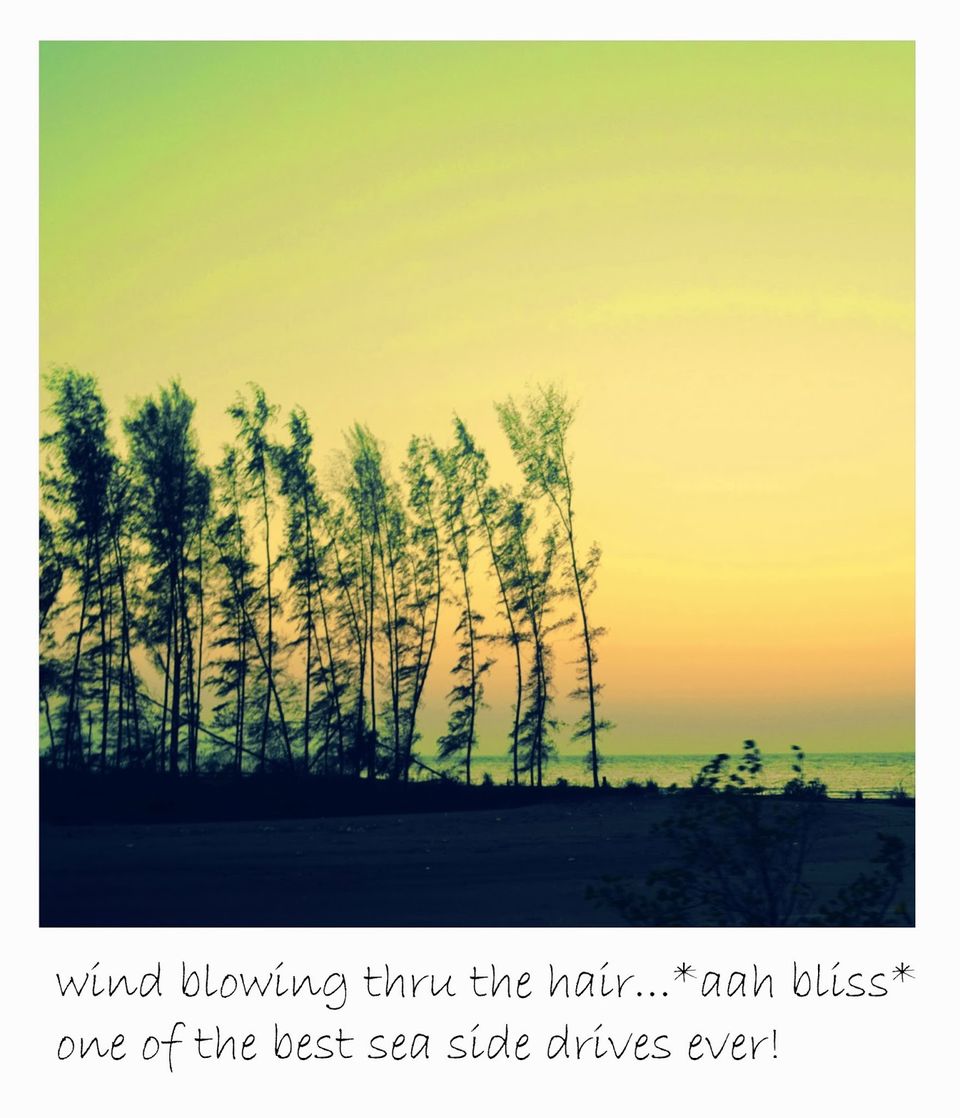