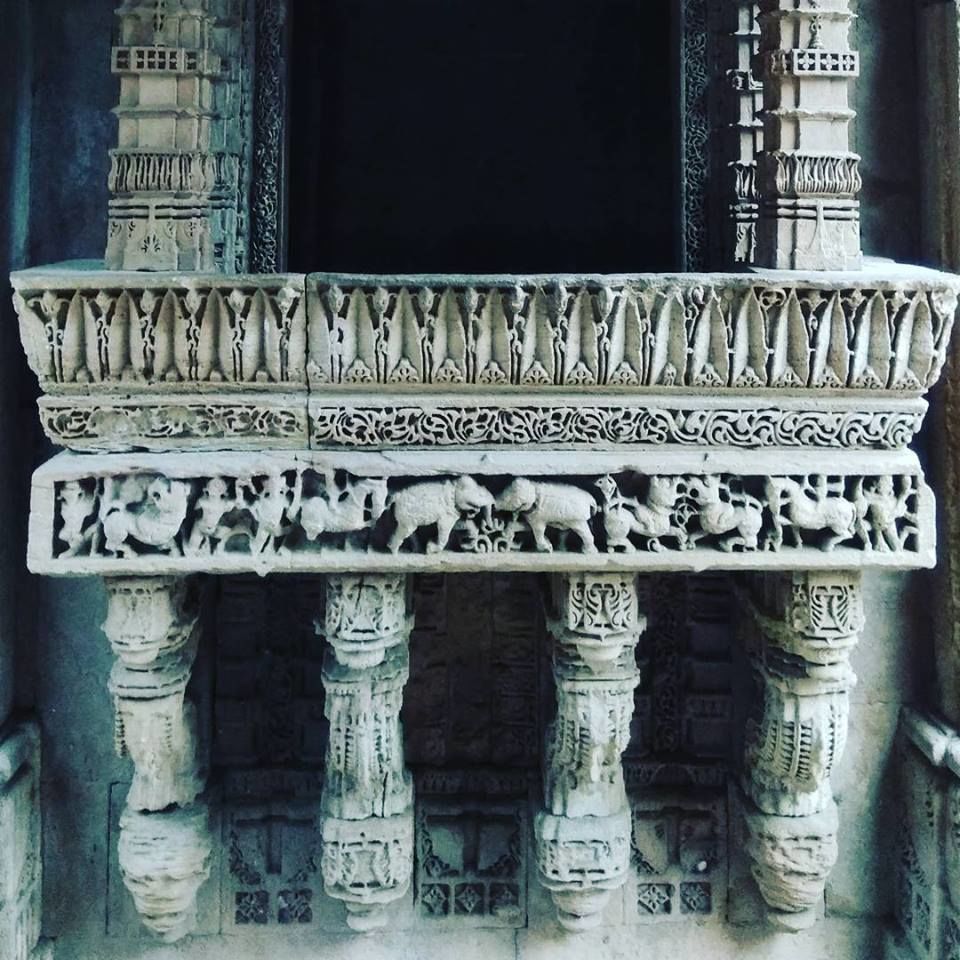 There was not one person who didn't scoff when they heard that I was off to Gujarat. For a vacation. For ten days.

I will be honest, I wasn't so convinced by the idea myself initially. But that lasted 5 minutes, five minutes before geography kicked in and thoughts of the sea, the food and a white desert pictured every corner of my mind. But for the most part of it, I was a guy travelling for the first time without an ounce of research and no itinerary in sight.

But ten days later, when I returned, guess who had the last laugh? Yours truly. That and a wistful longing to do it all over again.

On a train, an overnight journey away from Delhi lies a state that rejoices in food, culture, and some more food. And here are the four cities that you must absolutely add to your "wander-list".

From the moment you get onto the road in Amdavad, it will take you 10 seconds to realize that if there is a one thing that Gujaratis do not comprehend, it is the concept of traffic rules. But that doesn't stop them from being as sweet as come of their dals are.

That is one of the first things you will notice when you talk to a stranger on the road or the auto-wallah. As mine took me to the famous Sidi Saiyyed Mosque to see the renowned jali (screen), he literally made my itinerary for me. Neat, eh? To be honest I wasn't expecting much from the city.

And it was like the city knew that I came with an open mind, and heart and it donned its best. From the sheer beauty of the architecture of the jali of Sidi Saiyyed Mosque, to the breakfast of khaman and dhokla, the hustle in the streets of old part of the city, the small alleys that take you to their Jama Masjid, the breathtaking intricacy of Adalaj Stepwell, the sunset at Kankaria Lake, the lights of Sabarmati riverfront, and the finger-licking food at the late night food market at Manek Chowk.

I had only a day to spend in Ahmedabad, and as I left for my next stop the same night, I was ruing over everything I missed (Textile museum, Sabarmati Ashram, more food joints). But then, that only gives me more reason to return.

The city of the Gaekwads, home to one of the most royal buildings in the country, and the whisperer of the proud legacy of Maharaja Sayajirao - Baroda is that quiet, shy cousin of Ahmedabad which is impressive in its sobriety (see what I did there?). You will call me crazy, but I am now a staunch believer that you will miss out something in life if you don't go to Baroda to experience the sheer magnificence of Laxmi Vilas Palace, especially if you are a connoisseur of art and architecture.

The Palace, where the present royal family still resides, has part of the grounds and part of the palace open to public. And just as well, such opulence and heritage, it will be criminal to not have everyone admire it.

The Palace is a living tale of everything the founders of the city of Baroda stood for - diversity, modernity and beauty. From European busts, to stained glass windows, to Roman sculptures, and motifs spanning across cultures...I had a hard time moving from one spot to another.

But the real pull, as it is for many, is the collection of - wait for it - Raja Ravi Verma paintaings. Boy oh boy, your heart just stops as you stare into the face of Saraswati, Laxmi and countless other mythological figures that the phenomenal artists brought to life.

If that isn't enough, there are more kept at the Maharaja Fateh Singh Museum (which was my first stop the next day). The colorful history of the Gaekwad dynasty will have you lose yourself in the past, joyfully.

Besides this, there is more...food. Do not miss eating at the Raatri Bazaar, or Jassi Ke Paranthe, or the Gujarati Thali at Mandap.

Yes, it was spelled that way once upon a time.

You haven't seen surreal in life if you haven't been to Kutch and experienced the sunset and the moon rise.

You haven't seen surreal in life if you haven't been to Kutch witnessed the tryst of sky and the white desert spanning in all directions from where you stand, not knowing where the white ends and where the blue begins.

You haven't seen surreal in life if you haven't been to Kutch and laid on white sand under countless stars decorating an open sky.

PS: You don't have to stay at the expensive tents of Rann Utsav to experience all this. Stay in Bhuj instead, and drive down to the white desert. But more on that later.

When I went to Daman, and then later to Diu, I kept thinking to myself - why are these places not more crowded. Don't get me wrong, I was selfishly thrilled that they weren't...but as someone who insists that beauty should be admired...I wondered why these two places weren't visited as much.

You know that saying in Italian, dolce far niente, which translates to "the sweetness of doing nothing"? There are a quite few places in India which really bring that out in you...for me, Daman, and Diu made it to that list.

Whether it was walking on empty roads and falling in love with the colorful Portugese architecture in Daman, or riding a scooter on wide empty roads in Diu, or sitting at the beach and admiring the sunset with some port wine and fried prawns to go with it, a sweet sense of contentment and happiness trickles down all over your body and you feel so...at peace.

Daman is a merely a one day trip; in Diu one must spend at least two days...but both the places need to be explored like a lover's body...slowly and at ease; there are many sweet spots to be found, many sighs of contentment and calm. No kidding. There are two discoveries I am mighty proud of, not that I am alone in this discovery.

In Daman, there is a part of the Fort where you can climb up and see the entire beach laid out below and the ships sailing along the faraway horizon. There are buildings that will remind you of Pondicherry and if you have been to Pondicherry, here's a memory lane you can trip down...

In Diu, a little away from the fort is a lone lighthouse on a cliff. The cliff looks out to nothing but the rocks, the sea, the sun and later the stars. No one comes there. Its just you, your thoughts, and the bottle of wine you should definitely take with you. You can thank me later.

Apart from that there are remarkable cafes in Daman that serve some really, really good seafood; there are also isolated beach fronts for you to discover...but I'll leave that for the explorer in you.

...on my way back from Gujarat I thought about how everything I experienced there demanded to be enjoyed slowly. That's the thing with travelling, you want to absorb everything you experience; in a world where everything is so transient, when you take that window into another space and time, you want to relish everything at ease lest you forget the moment. In the end, you make that bargain of leaving a part of your soul there, in exchange of the memories, the happiness the city brought you.

That, and the promise of coming back some other tomorrow.