Barkhi is about 60 km from kolhapur. The modes of vehicles you can used are Cars, bikes and bicycle. The government buses are not available. Although you managed by cars,bikes or bicycle there is almost 2-3km you have to cover to reach the place by walking and believe me whatever u saw after that is absolutely stunning. This place is completely isolated by its natural beauty. It's in the middle of mountain, water bodies and the dark trees where even sun can't penetrate. Me and my group start our journey in the morning 8. It was a sunny day and seriously that was really disappointing.We were totally ready to hug rain in our arms. Afterall it was a rainy season and the place we were going was Waterfall. We were so excited. We people decided to go on bikes and some of us were people which were visiting Waterfall for the first time so I was thinking in my mind to make their first visit to Waterfall an unforgettable memory. As our journey began, I literally start feeling so damm romantic. The greenery, the wet road,the scent in the air and the perfectly chilled air. Yes, it was the Nature's call. That road trip was something else. I couldn't agree more with the thought that sometimes even the word can't explain. I just fell in love with Nature. There were times we had got lost. Some of the people like me went miles away on the different road. Well I got to explore something than usual,hehe. Finally, we had reached our place. What I saw there was pay parking system which was completely ridiculous. Well I can't help that because the only thing was in my mind was the waterfall. From the spot of parking there is almost 2-3km of distance where you cannot take your bike not even bicycle. We were so energetic and start walking so enthusiastic with the idea of Waterfall which was barely visible. As closer as we got there was sound which gotten increase with our every single step. It was the sound of Water hugging the base as tight as it may get possible. The sound was overwhelming our expectations and finally we reached. What we were watching was the true beauty of nature. It's absolutely right that beautiful things don't ask for attention. Every one of us was like, Wow!!! There were not so much of crowd and its kind of good thing. We got our clothes off and ready to go in. As I was heading towards the waterfall with my barefoot , the chilliness went through my spine. I had feel the stones how cold they were and literally I thought Bhai aj to gaya me(I screwed). And I remembered something and I just stopped thinking about it.I just jumped into the water and within some seconds it became completely normal water. No more freezing. As I saw in my surrounding all my friends had jumped in and every one of us enjoying the warm of a nature. We had so much fun under the fall. There is also the place where you can climb on top of the waterfall. But for your information I will tell you this, the land became so sleepery because of rain and there might be a chance of some accident. But if you are still ready, I will say that's the spirit and go for it. All of us had some really amazing memories. And as I said before there were people who were witnessing the waterfall for the first time had their soul completely deepin, in the Nature's beauty.One of my friend came to me and said thankyou and honestly telling I was so damm happy. Back to returning to our bikes, we had our photosation. There were jokes and some completely hilarious activities. Yes, being with friends let me go all crazy. I laugh so hard I still recall all that funny memories. We reached to our bikes and guess what happened? Rain started baby... We had hot tea and the parle G biscuits. It tasted yummy. We were finally departing for our return journey. It's almost 6 pm. Just before the city there is a dhaba named Shetkari dhaba. Non veg lover just give it try and you will taste the food that u never had before. Try the specialty of Kolhapur ( Tamda & pandra rassa). Well the journey of day had ended and what we had in our heart was peace and love.

Barki is located in the kolhapur district of Maharashtra state. It is famous for its beautiful Waterfall. The place become lively only in rainy season. The waterfall is completely surrounded by dark trees and mountains. The best place to go out with friends and family.

As u can see, v always stick together ;) 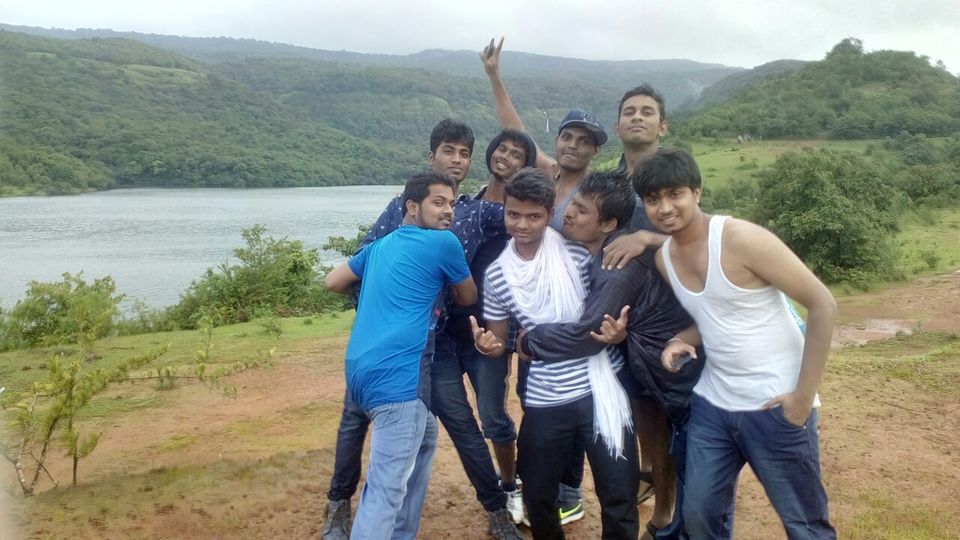 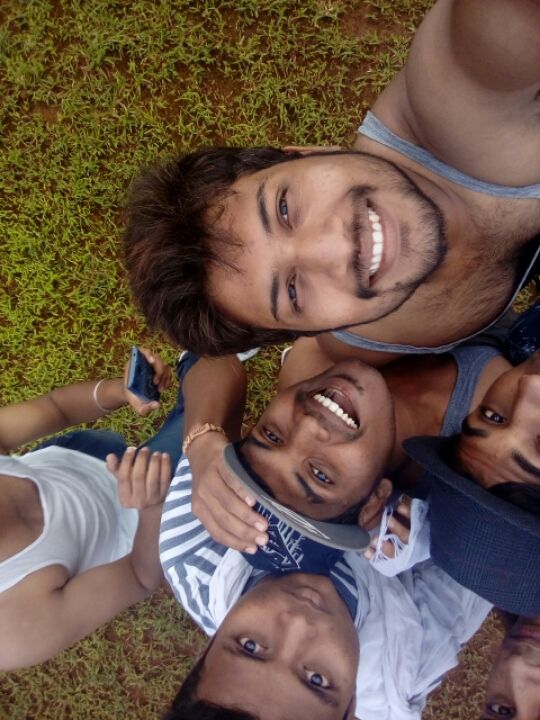 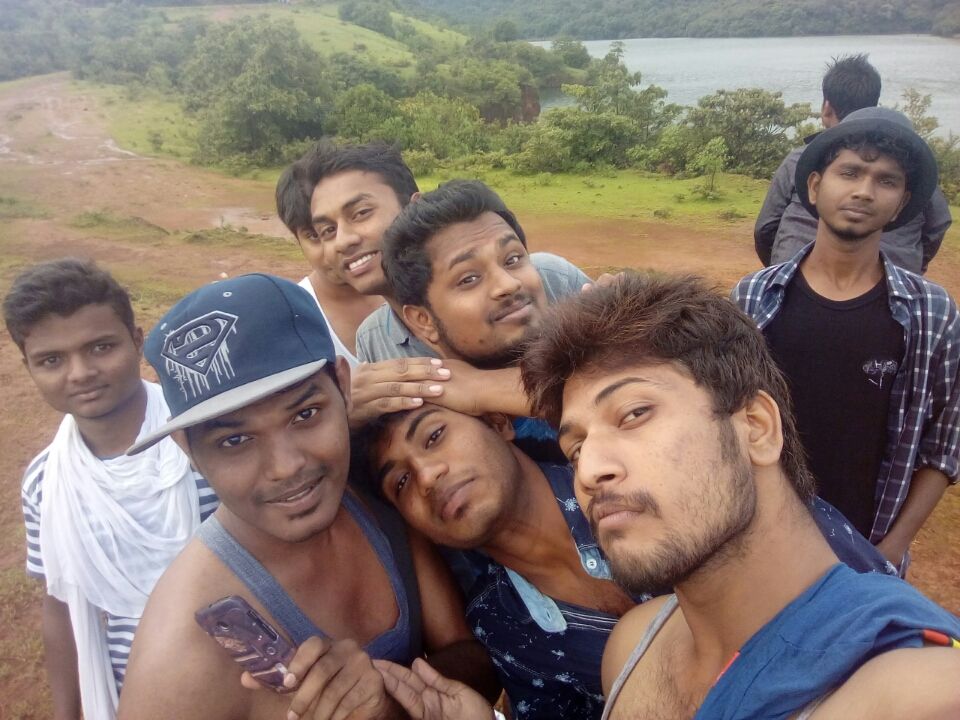 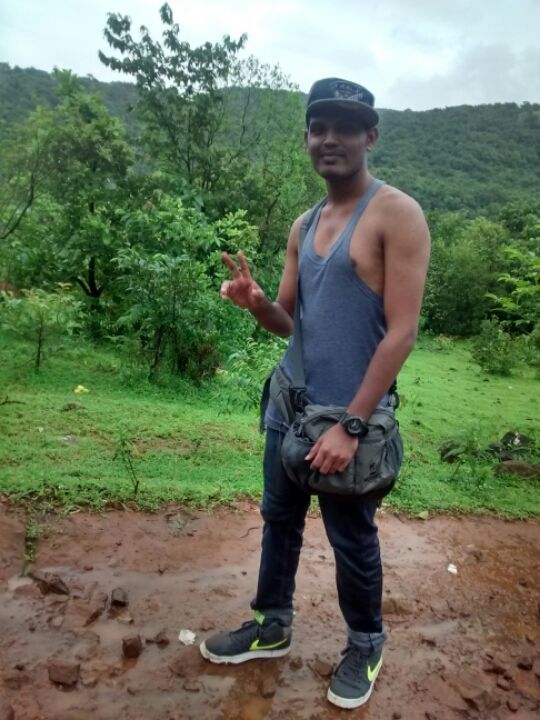 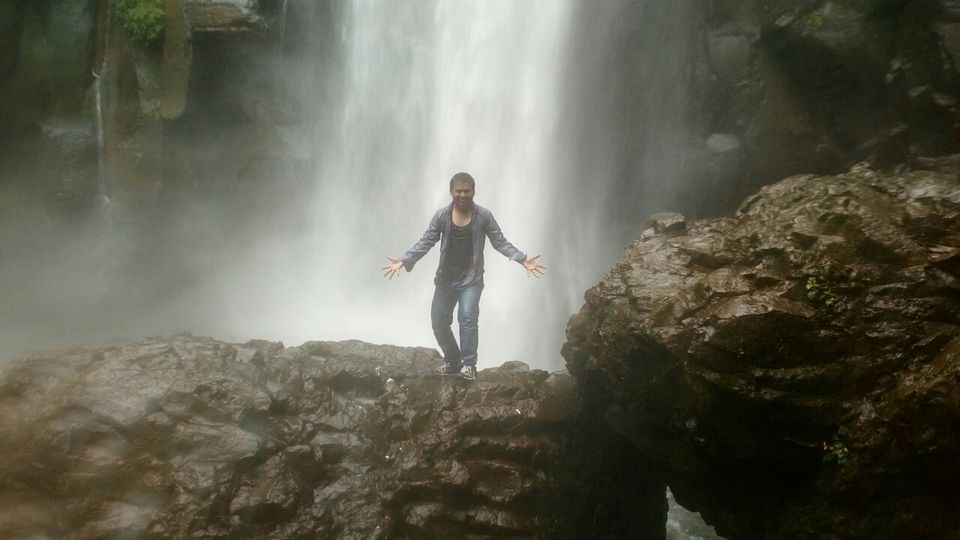 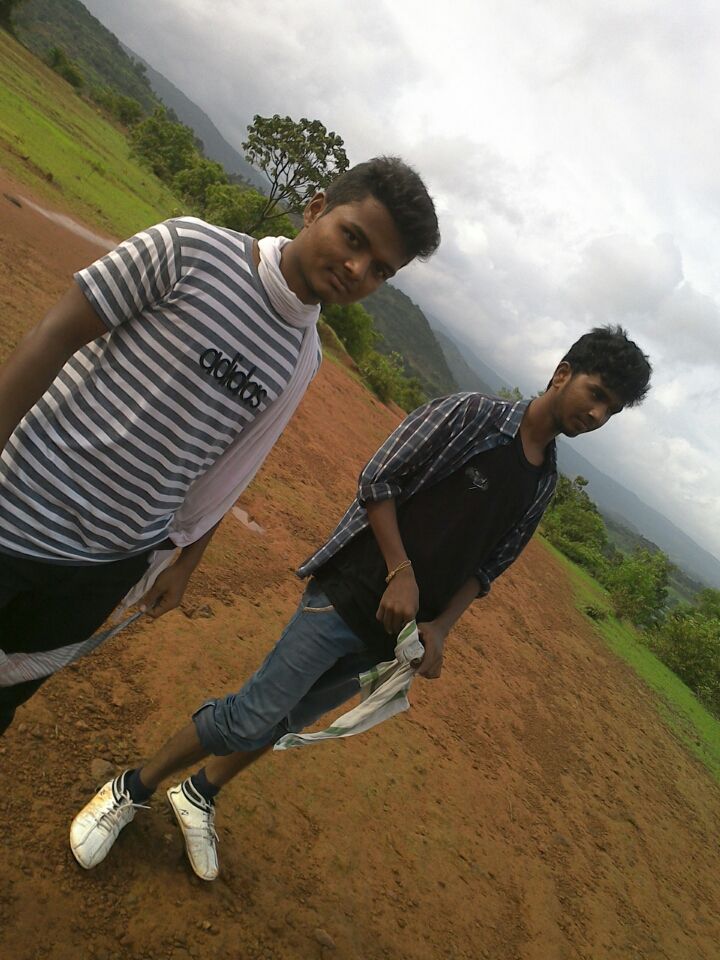 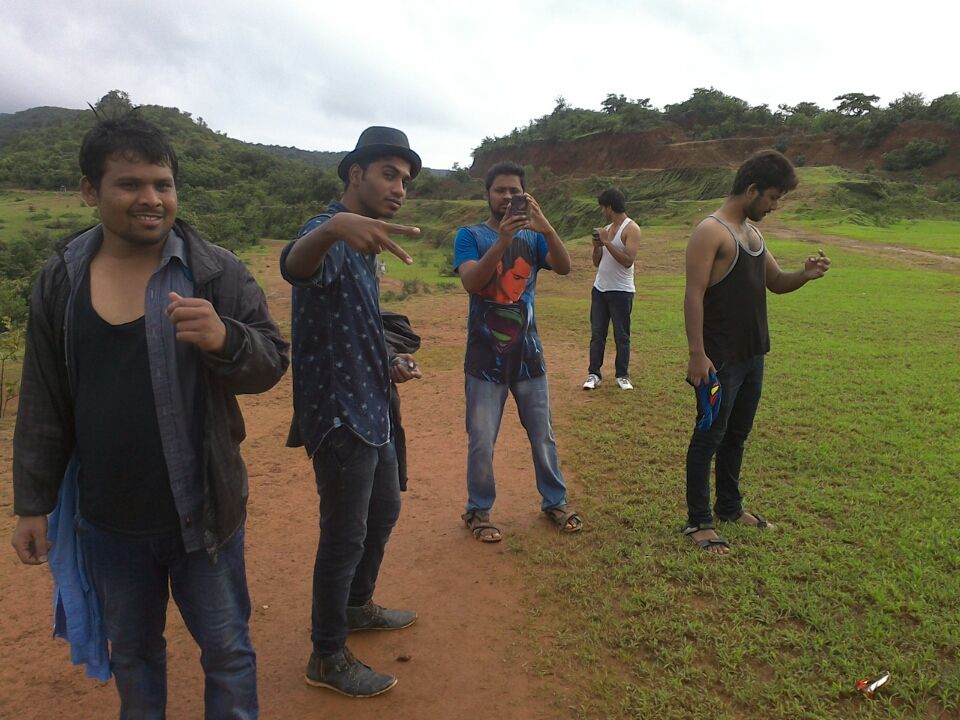 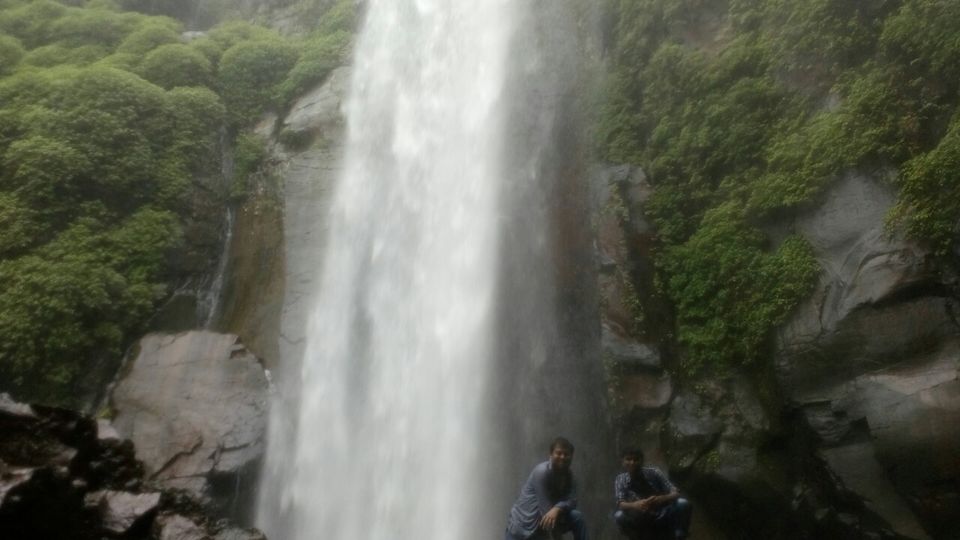 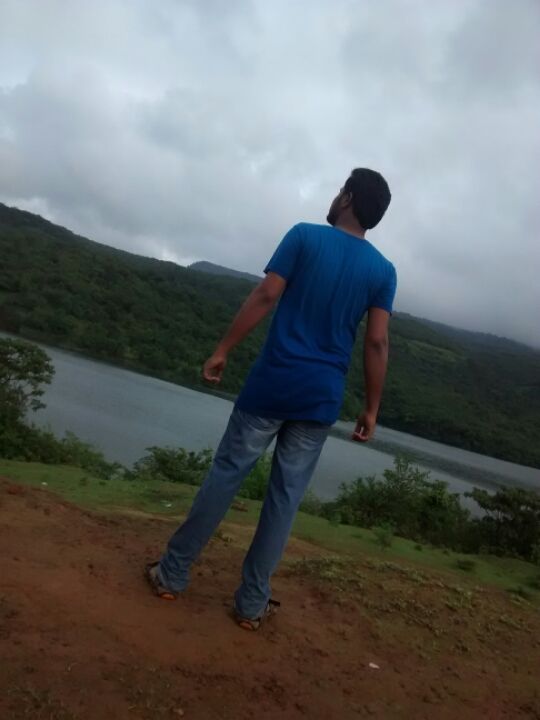 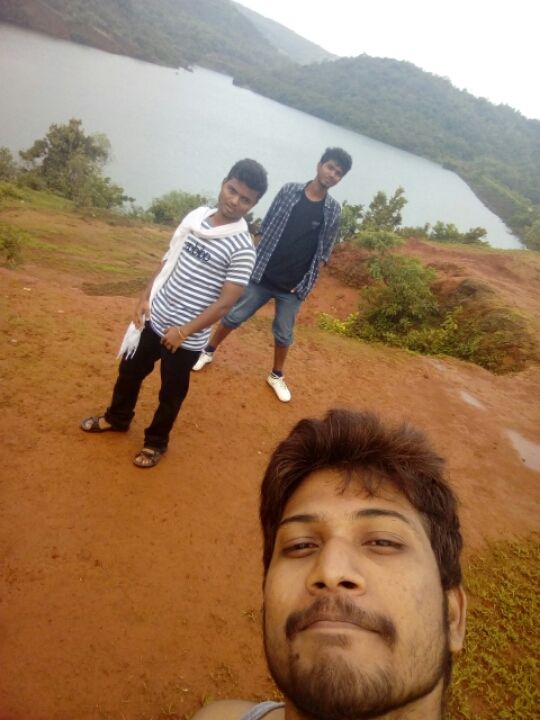 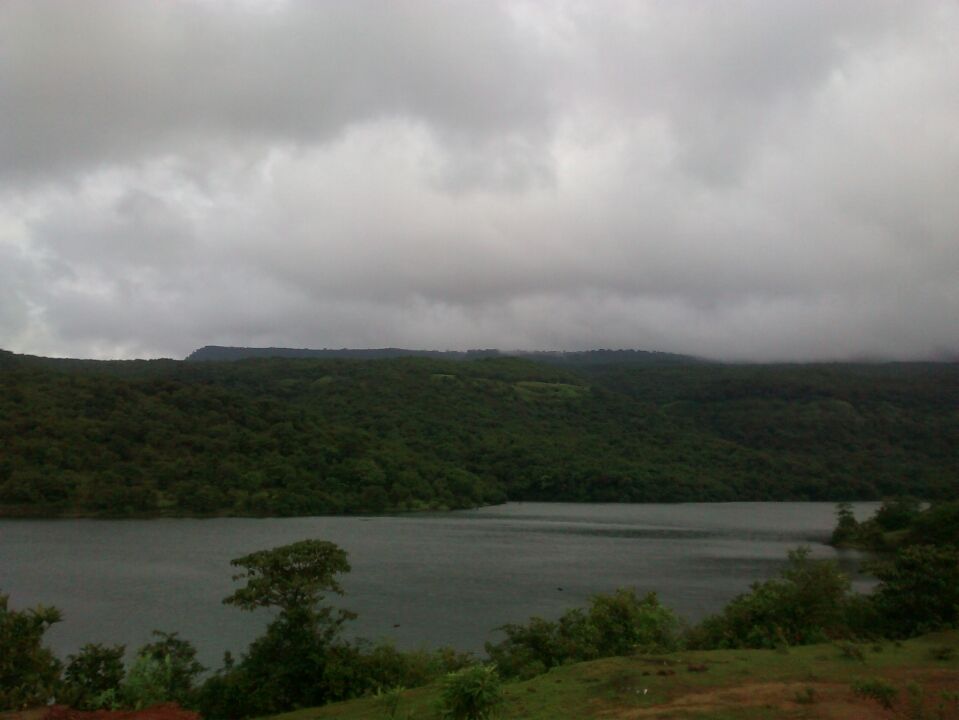 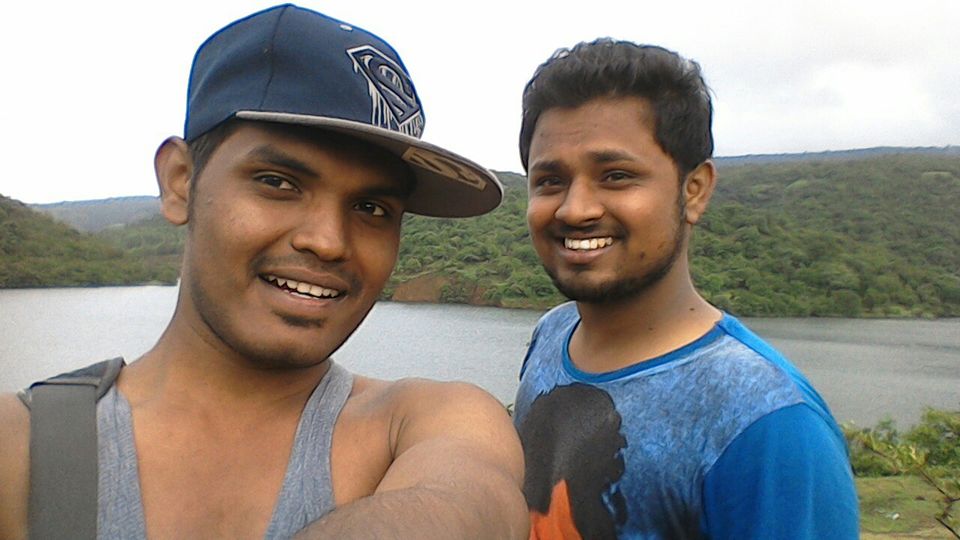 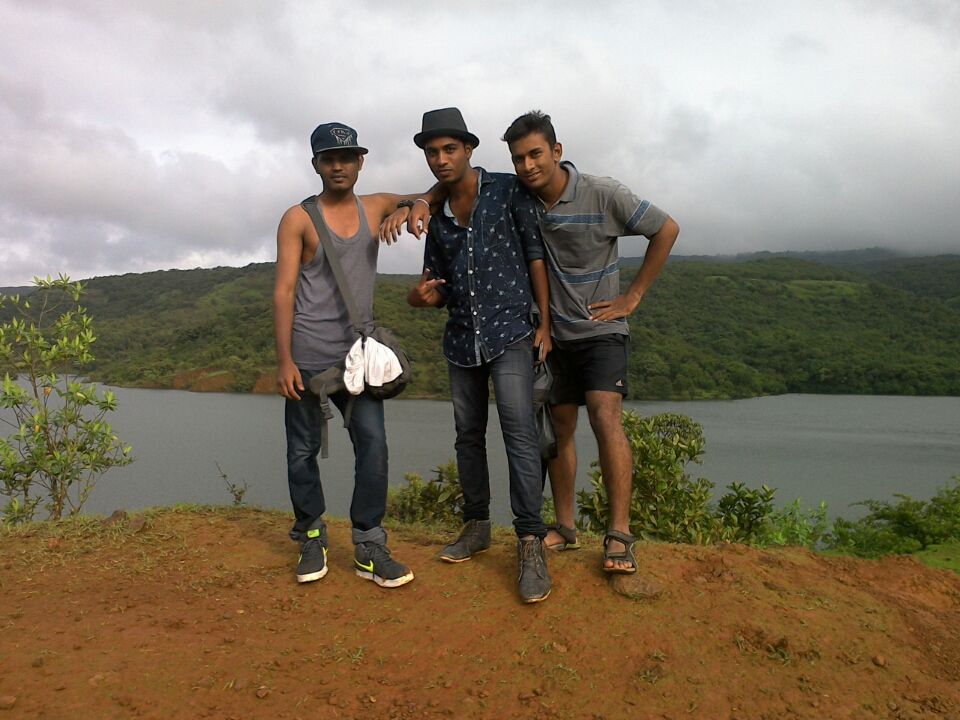