One of my recent trek was to Irshalgad fort which is located between Panvel and Matheran in Maharashtra. To reach there you can take a train till Karjat station and then a cab till the first check point. It is recommended to visit in groups as the travel gets cheaper.

So we were a group of 35 trekkers right from the age of 11 to 45, who had joined from from different parts of the city and were bored of Christmas break from school, college and work. We had reporting time of 9 pm at Dadar station as we had to catch a fast train to Karjat later, so everyone nearby to Dadar joined us and we began our journey in a jam packed Mumbai local 🚉 ! Somehow we managed to get in and more of us boarded from Mulund and Dombivali respectively, and we only got to sit after Kalyan. Train journey takes around 1:45 hrs to and from Mumbai, we reached Karjat at about 11:30pm and boarded taxi's to our first checkpoint 🏁, by road it was another 15 min journey so we sang songs just to keep up the mood and bond with everyone. We then reached the main checkpoint and had a small briefing from the volunteers of Mulund KVO Trekking Unit - the organisers! It was midnight and cold we got our torchlight and hoodies out for the next hour. We had to reach the base village which was 1:30 hrs away, so we started walking under the moonlight in groups chit chatting among ourselves, after sometime we came across a reservoir which was full of water and the reflection of the moon 🌘 was seen soo beautifully. We continued to walk and moon kept changing from Dark Red, Red, Orange throughout the way. We took couple of halts so that everyone behind could catch up and have some water  and breathe! 🌬️ We started again and after 15 mins we finally reached the base village, it was dark and we had good 3-4 hrs to rest as we had to start climbing by 8am, so some slept and others lit a bonfire and were talking among themselves

We got up at 6:30am amid chilling climate, had Tea/Coffee and tasty Poha made by the villagers, they where so happy to have us over. After that I took 4-5 of my friends to witness the sunrise form the cliff, it was breathtaking

We got up at 6:30am amid chilling climate, had Tea/Coffee and tasty Poha made by the villagers, they where so happy to have us over. After that I took 4-5 of my friends to witness the sunrise form the cliff, it was breathtaking! We then began climbing, for the first 30 mins it was a normal path with red mud. We continued further and only to our surprise there was landslide couple of weeks ago which made the route ahead too risky, which did not demotivate us and we continued to walk with utmost safety because on the one hand there was mountain and on the other a deep valley surrounded by forest. We continued with our high spirits and made it to the top! The view was amazingly stunning! The winds blowing at high speeds and watching the city from the top was not less than a dream. After spending 1 hour at the top clicking pictures and having some snacks we started to descend which was again a task, but everyone after 2 hours made it to the base. 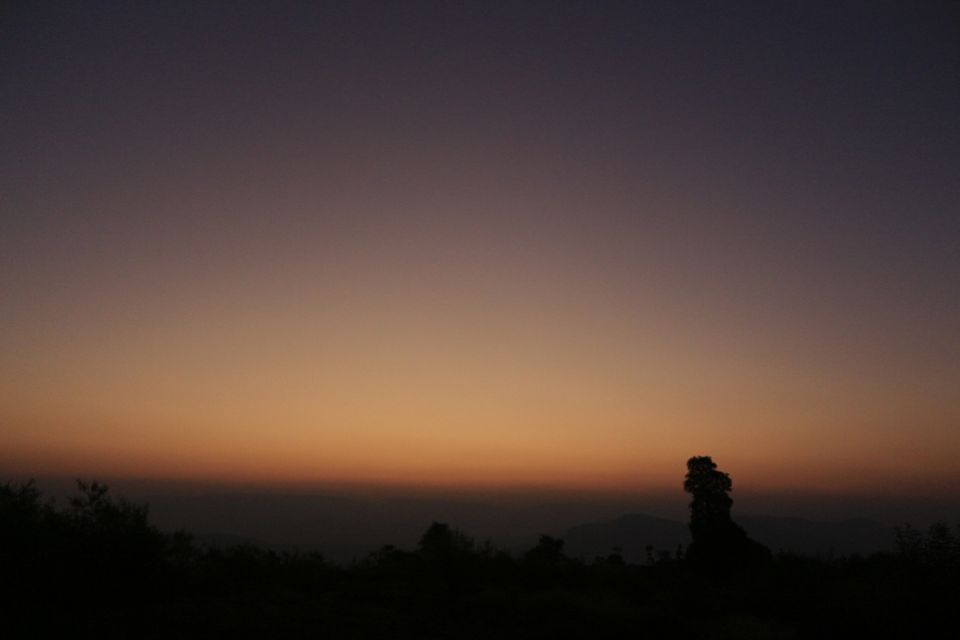 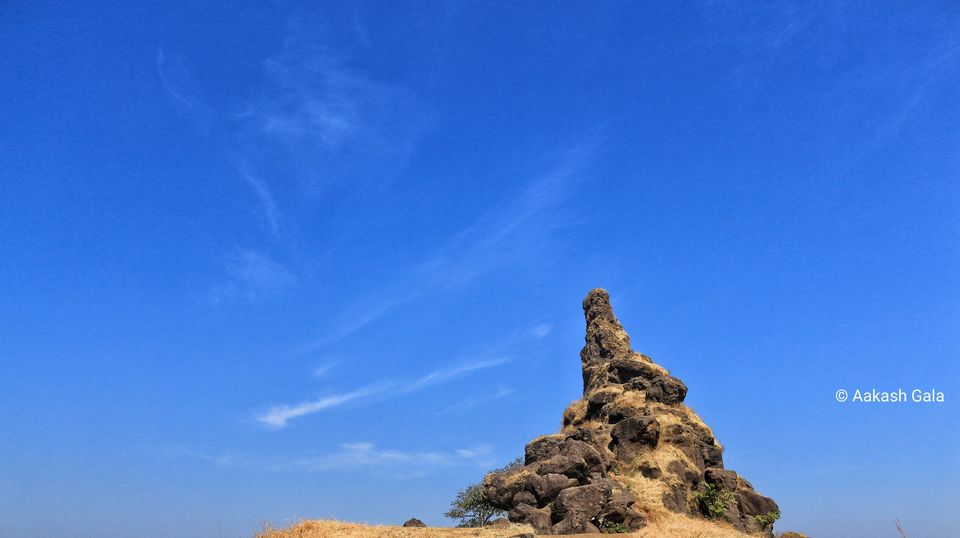