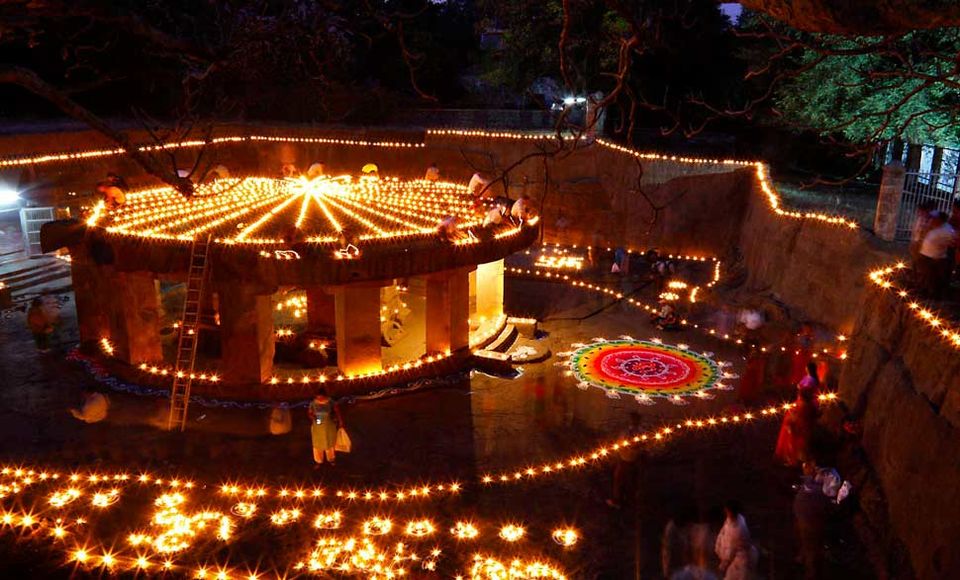 Pataleshwar caves is located at the most surprising place in Pune, on one of the busiest road, the Junglee Maharaj road. It's called Pataleshwar because it's a rock cut temple and dedicated to Lord Shiva.

This is a place which is always calm, soothing and really relaxing at any point of the day. The temple is abandoned and actually not complete. The walls are cut here but not finished.

Here's a glimpse of Travelet's journey to Pataleshwar Caves:

It also does not have a clear grand entrance but just as you land up on the JM road on the right hand side of the road you will see this temple.

There is a huge banyan tree as you enter through the open area which serves as a cool respite from the noisiness & madness of the main street road. The temple is abandoned and actually not complete. The walls are cut here but not finished.

This place has massive pillar like structures and the shrine here are dedicated to Lord Shiva and the Nandi.

This temple dates back to 700-800 AD and also has other statues of Nandi, Sita, Ram, Lakshman, Lakshmi, Ganesh and a Shivalingam under the roof.

Once you are in pune and as you land up in Shivaji Nagar bus stand, we have to ask for the Junglee Maharaj Mandir which is at a walking distance from the bus stand.

It is also having a museum alongside the temple which is registered in the Guinness book of records for its famous grains of rice which has 5000 characters inscribed on it.

This is a place which is always calm, soothing and really relaxing at any point of the day.