Reykjavik Travel GuideReykjavik TripsFrom Black And White To Hd Colors, This Is How Iceland Transform In Summers

From Black And White To HD Colors, This Is How Iceland Transform In Summers 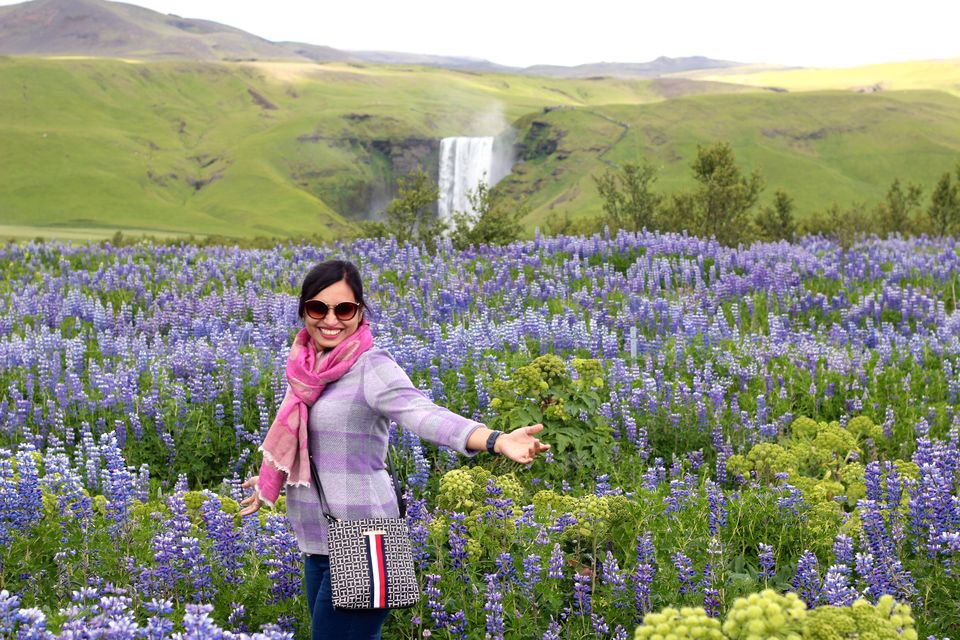 Iceland does live up to the reputation of its name in winters, but if you happen to visit the country in the summer season it is unusually green, infact, it is quite colorful. The green moss wraps all around the black volcanic rocks. The blue and white glaciers sparkle amidst the backdrop of rainbow coloured mountains. Yes, as the name suggests there is ice in Iceland but that’s just a part of the overall color scheme.

You can say anything you want about Iceland but colorless it is not. Expect to see colors in its glaciers and waterfalls, lakes and mountains, volcanoes and beaches and cities and streets.

The purple fields- of the considerable number of hues you'd hope to find in Iceland purple may be its least. Iceland is overflowing with energetic purple blossom fields for miles and miles along the street. There isn't a lot of vegetation generally in Iceland so these purple blossoms may look a piece bizzare in Iceland's normally overgrown mossy landscape. And it is justified because of the fact that the Alskan lupine is really not local to Iceland. It was imported from Alaska (USA) to battle the soil disintegration that had been an issue with Iceland since Vikings settled here. Presently these flowers are omnipresent in the nation throughout the late spring months. Probably the least demanding field to reach is along the Ring Road is in South Iceland among Skokgafoss and the town of Vik.

Mývatn Nature Baths is another popular hot water spring and fondly called “The Blue Lagoon Of The North”. Due to its location in high north they are less accessible and less crowded but no less of a unique experience than the Blue Lagoon!

The black and green lava fields- it isn’t simply the flowers that bloom in Iceland! There are acres of moss and lichens that cowl the volcanic rocky fields of Iceland. The Eldhraun volcanic rock field is the biggest lava field on the face of the planet. Settled close to Kirkjubæjarklaustur village in South Iceland, this superb must-see was created during the "Laki" eruption in the late eighteenth century. The heaths of moss are the original Icelandic landscape. What they cover here is a sad terrible chapter in the history of Iceland when 1/5th of the total population was killed during the formation of this field. The black field is roofed by this woolly, fringy, thick carpet of moss that covers the edges and bridges the gap in beween the rocks. It gives an unearthly, strange look overall. Due to these special characteristics this place created an ideal spot to shoot moonwalks for the film" Apollo 11". 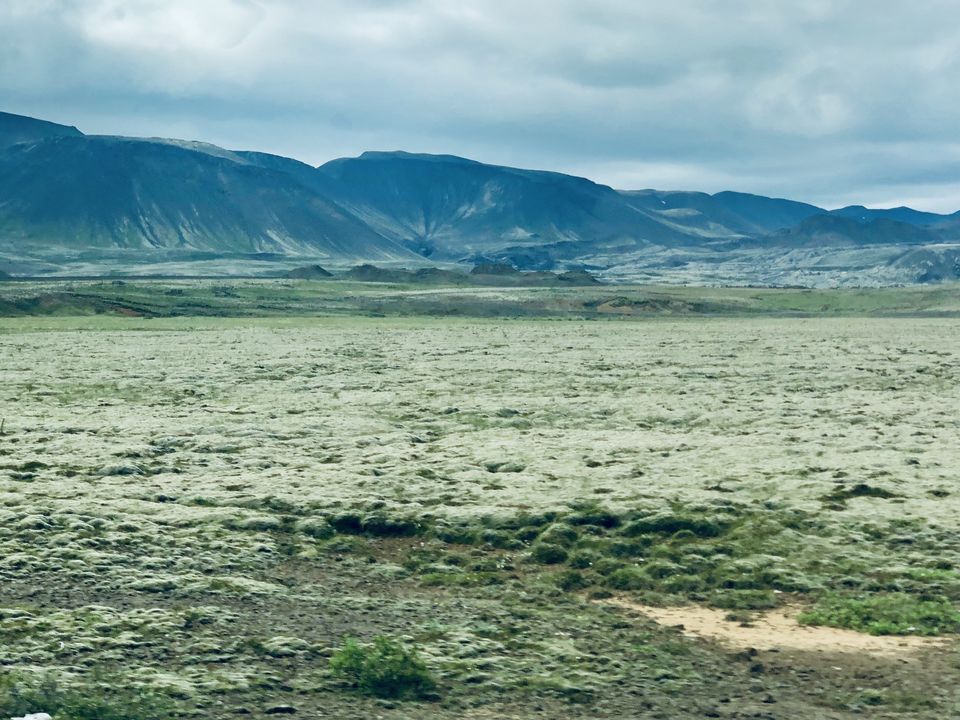 Iceland's black sand beaches- Iceland's black sand shorelines are truly unmistakable to Iceland. Don’t stress for your perfect beach body while heading to Icelandic beaches. Just bundle up, keep yourself warm, dry and secure. In contrast to any tropical beach where you're immediately enticed to hop in water this one isn't "go for a swim" kinda beach. These shorelines are perilous and the water is freezing even in summers. As a magnet for adventure seekers and nature lovers these beaches have become a must visit. Fortunately, the most popular "Reynisfjara Beach" is found on Iceland’s south coast right on the road. It offers dazzling views of the sea on its unmistakable, sparkly, black shoreline. There are volcanic rocks and basalt columns all around it. it's possible to explore this beach as a day trip from Reykjavik.

Stokksnes is another unique area in east Iceland located near the town of Hofn. The beach is dotted with tall tufts of dark green grass on top of small hills of black sand. While you trample in the sand, in front of you lays transparent water and immediately above it incredible mountains. Stokksnes is actually quite devoid of tourists so if you are looking to get off the beaten track, this is the beach for you! Stokksnes is about 6 hours away from Reykjavik and is best to visit if you have a few days to spend in Iceland. 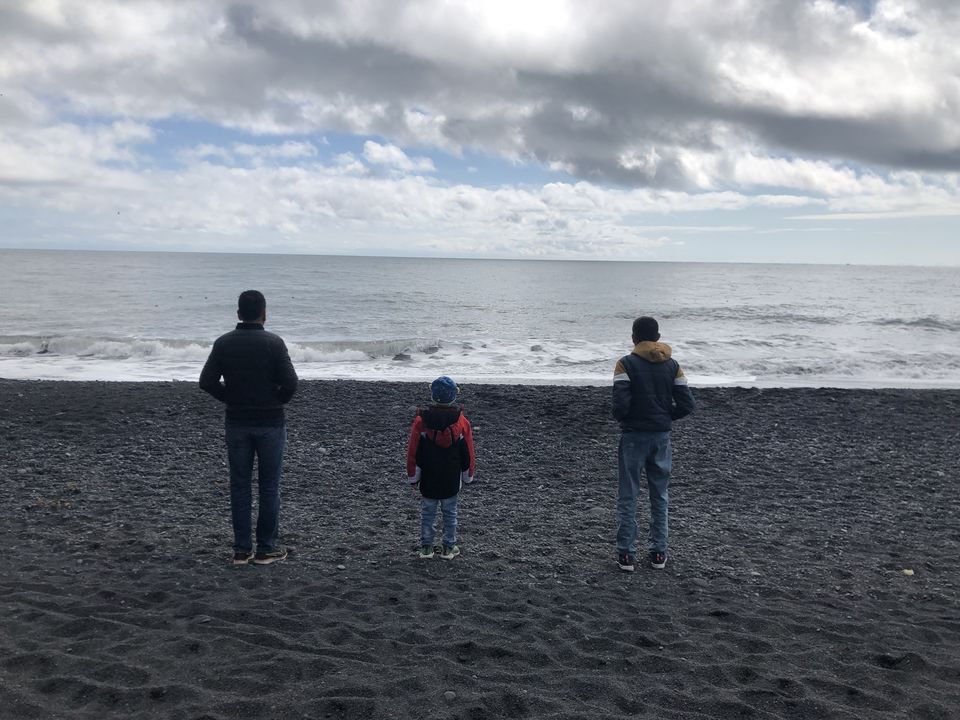 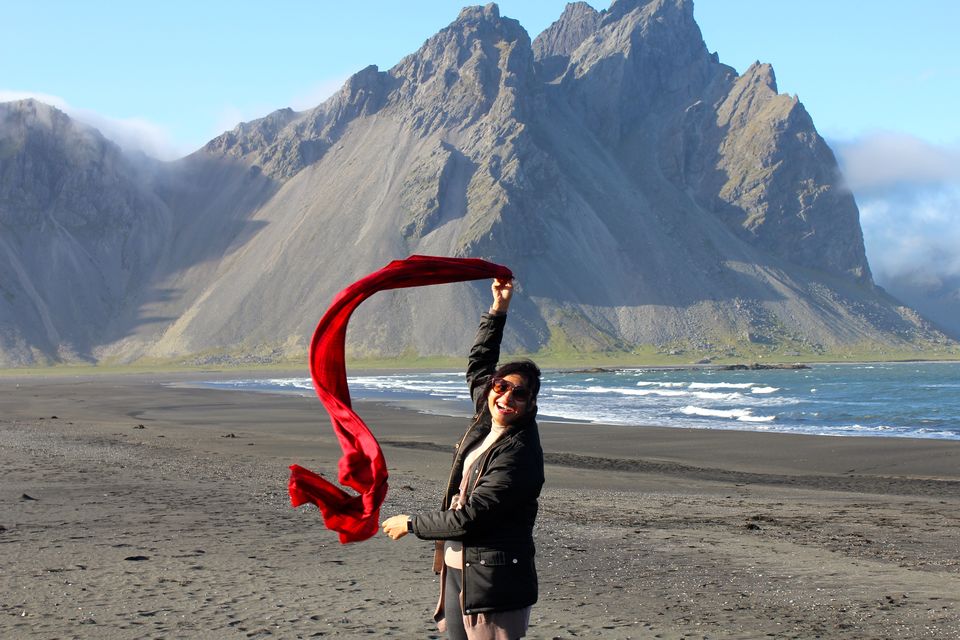 The verdant green canyon- the Fjadrargljufur canyon is a bit off the path off Iceland’s famous Ring Road. Though it is not one of the mightiest world canyon, but what it may lack in size, it absolutely makes up for in beauty. The canyon is made up of an assortment of crazy rock formations.

When the river bled from the glaciers and carved its way through the land about two million years ago, it whittled out strange geologic patterns. The walls jut in and out, swerving back and forth so the water takes the shape of a blue snake slithering across the terrain. The majestic canyon slices through a patch of lush green earth. The river weaves through the verdant chasm, reflecting the colors of the sky and clouds above in its rippling water. The canyon was shut down for public being badly affected due to over tourism and had been opened recently in June-19

The Icelandic mountains- High geothermal and volcanic activity in the area creates some of the world’s most colorful mountains in Iceland. Different type of lava cool into different types of stones and rock formations with a variety of textures and colors creating mountains that are a veritable kaleidoscope of greens, oranges, reds, blacks, browns. 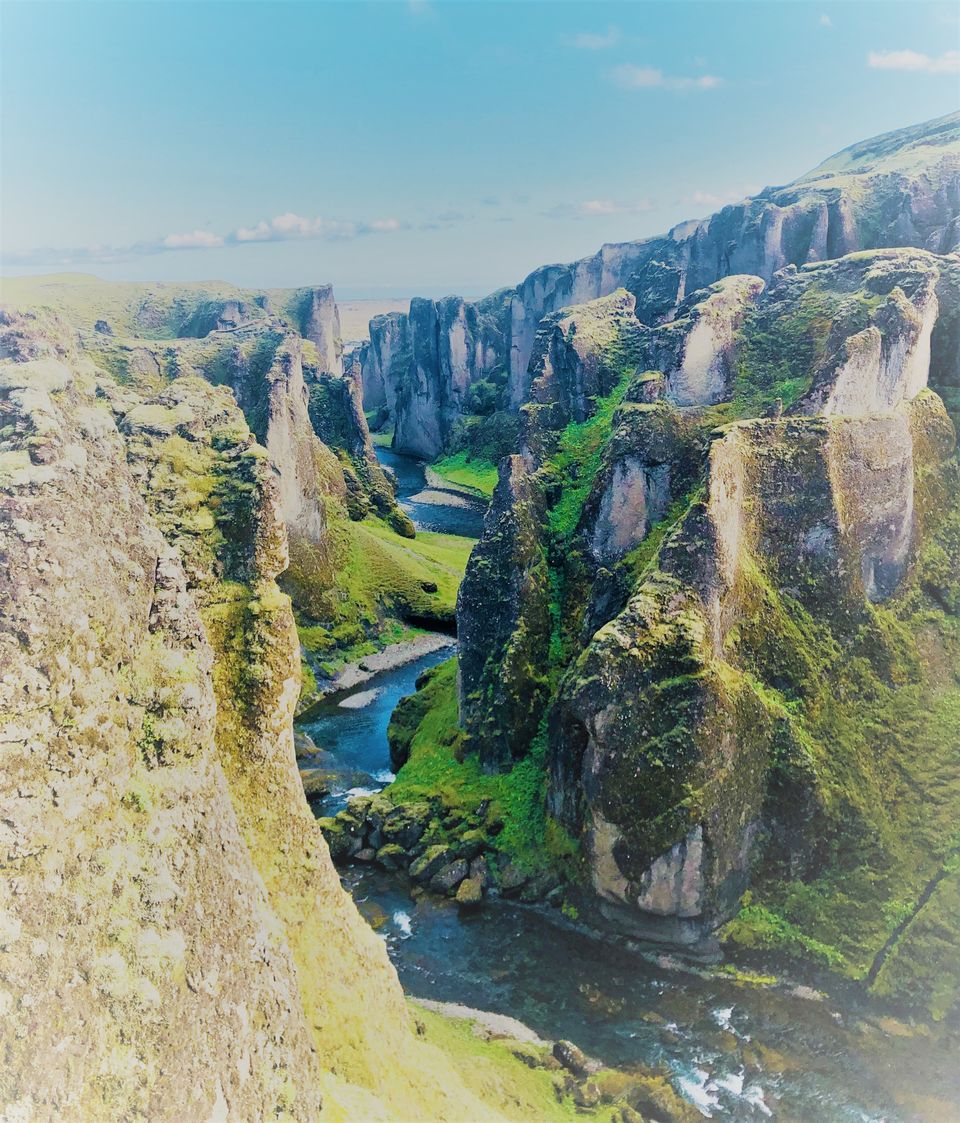 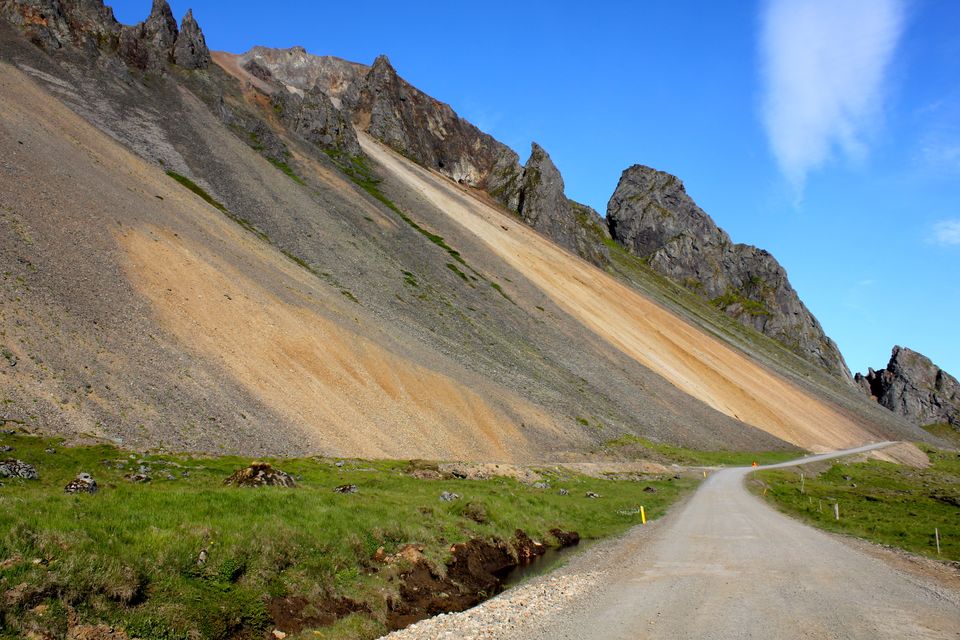 In the Westfjords you can find high table-top mountains with narrow fjords in between them. They are shaped by glaciers and polished by minerals and waterfalls. Southern Iceland’s Landmannalaugar area actually has many different mountains known for its rainbow colors. This area is only accessible by a 4x4 vehicle. 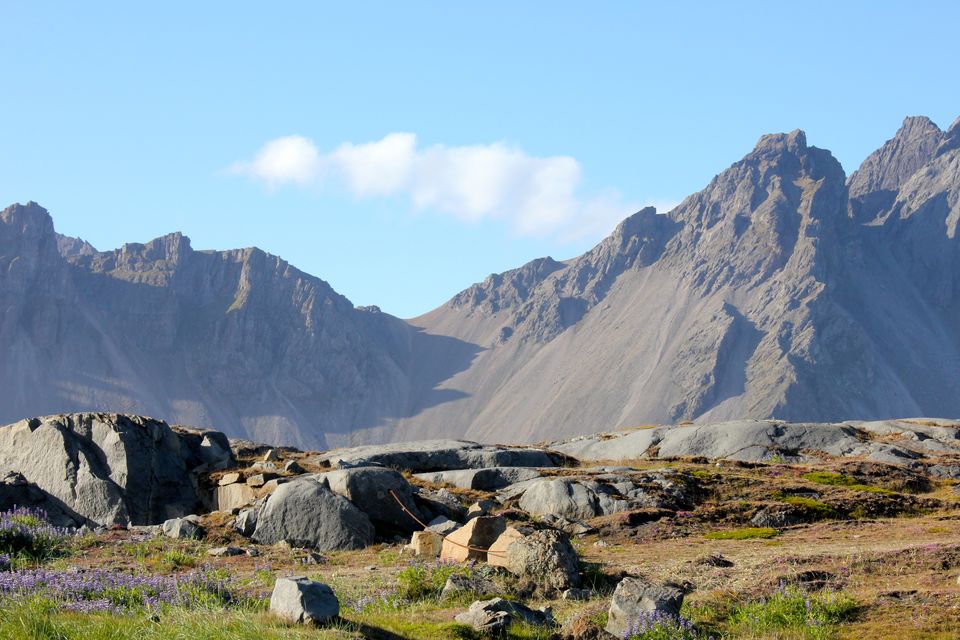 The Vestrahorn mountain located near Höfn on the Southeast Coast of Iceland has dramatic peaks rising out of a flat, black sand beach and dominates the view whilst a gentle clear lagoon lap at the shores. Sun, fog, and waves continuously change the atmosphere of this place. A little off the ring road en route to the town of Seyðisfjörður. The white glacial mountains are constantly meting into a blue turquoise lake in the form of numerous waterfalls. The fans of the movie “The Secret Life of Walter Mitty” will well recognize this road as where Walter rides his longboard down. 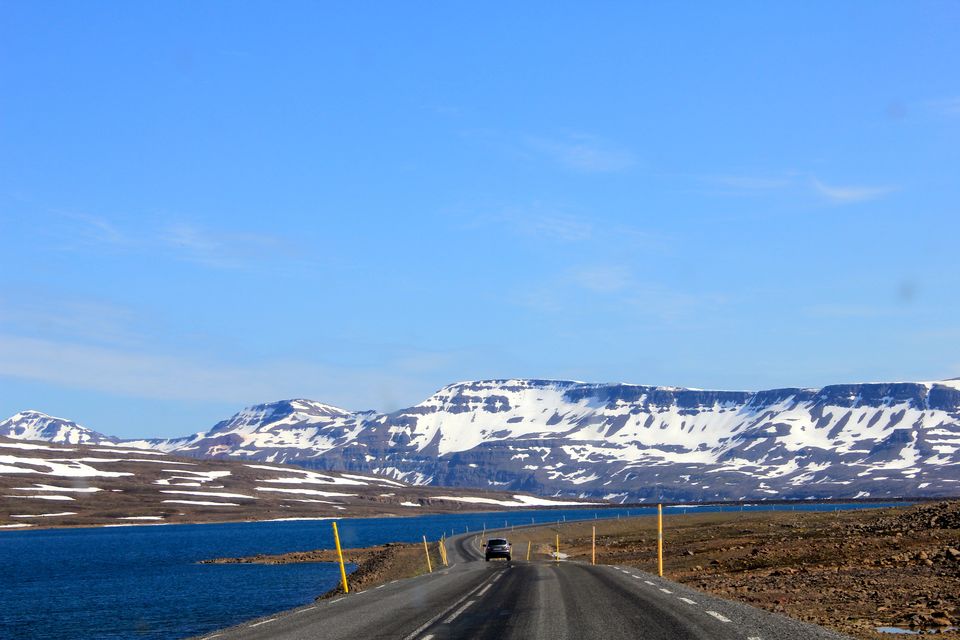 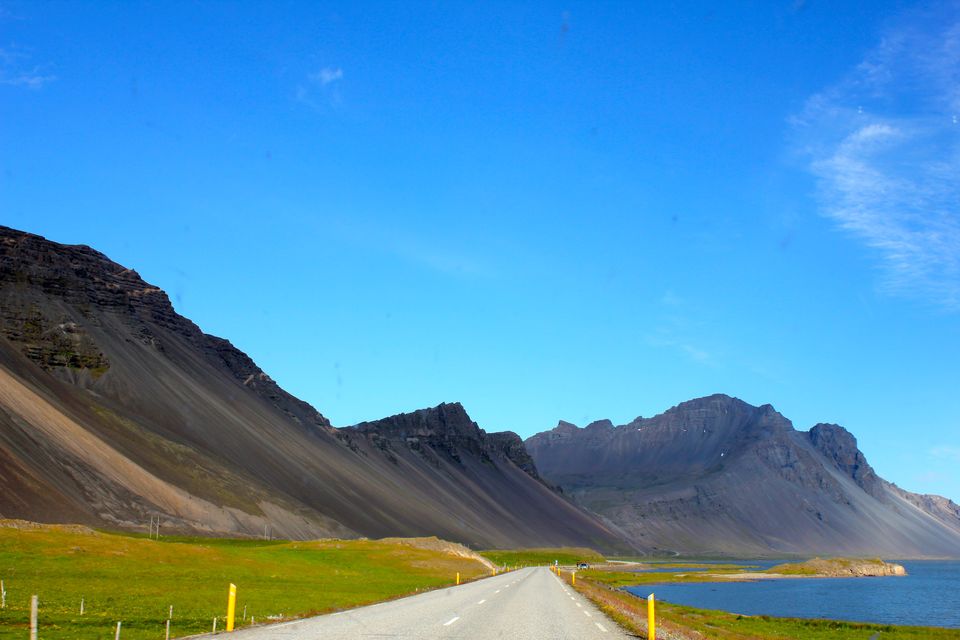 Colors of the midnight sun - With stark differences between seasons, Icelanders are used to contrasts. Dark Arctic winters have their counterpart in one of the most iconic of Iceland's natural phenomena, the Midnight Sun. The peak of Iceland's Midnight Sun is around the summer solstice, normally the 21st of June. You can experience the brightness of the Midnight Sun in Iceland between mid-May until mid-August. The intense contrast in light conditions has a profound effect on all walks of life. With endless days come endless possibilities. Public spaces are bustling with life all night long. Some tours take advantage of these late nights to provide you with an opportunity to experience some of Iceland's best attractions at midnight when there are fewer people so you can see gorgeous destinations in stunning twilight colors and be completely on your own. 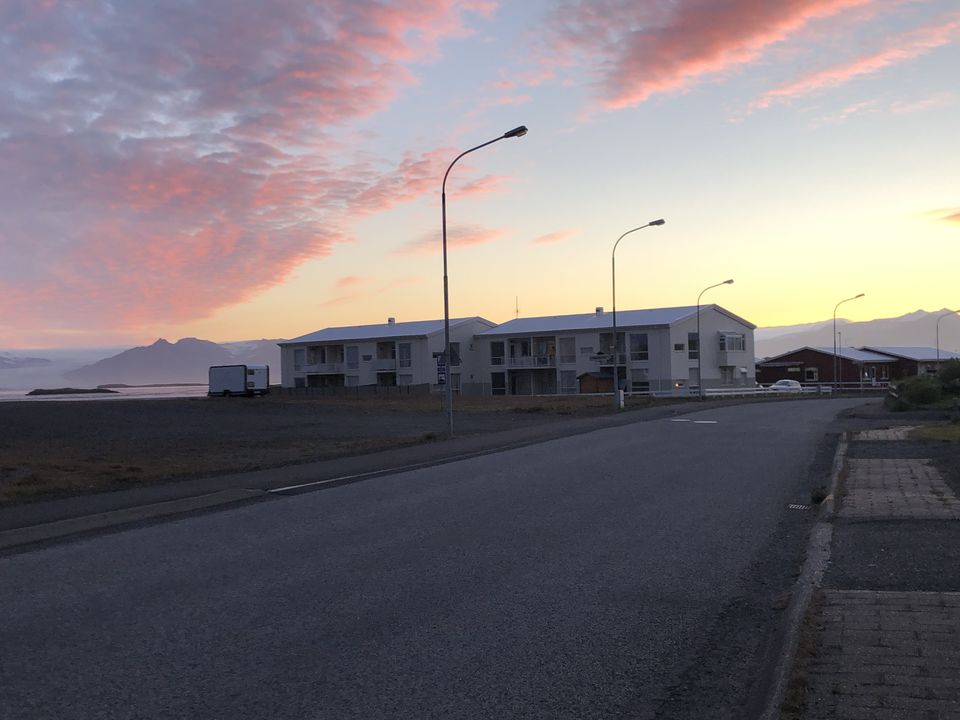 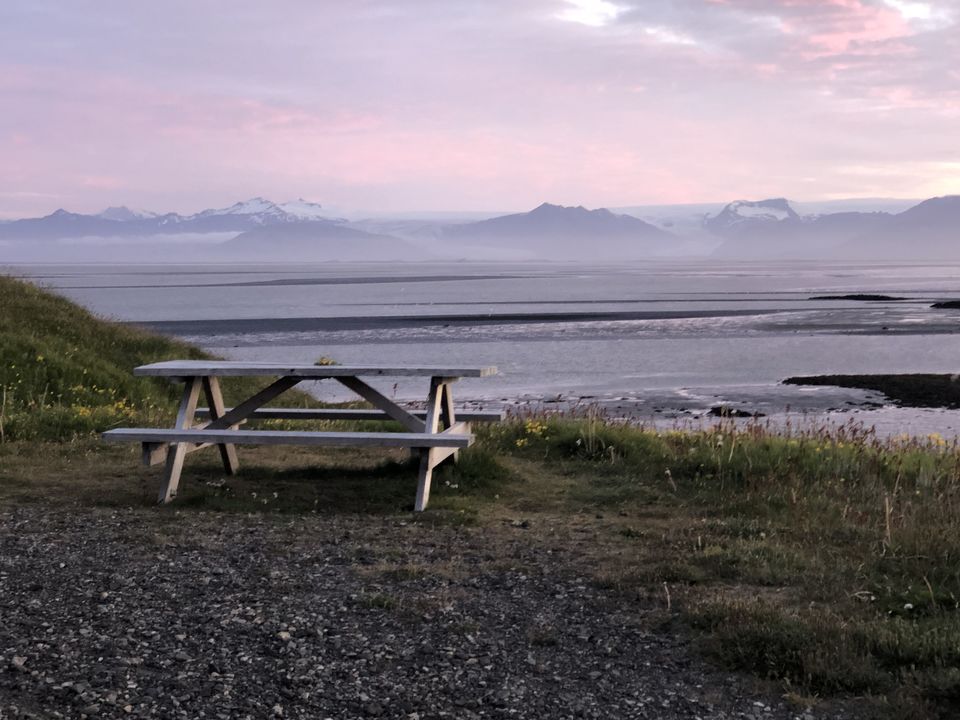 The colorful cityscape – from the rainbow-colored streets of Seyðisfjörður to the graffiti and brightly painted houses of the capital of Reykjavik, the towns and cities of Iceland doesn’t succumb to the mood of the weather and season. 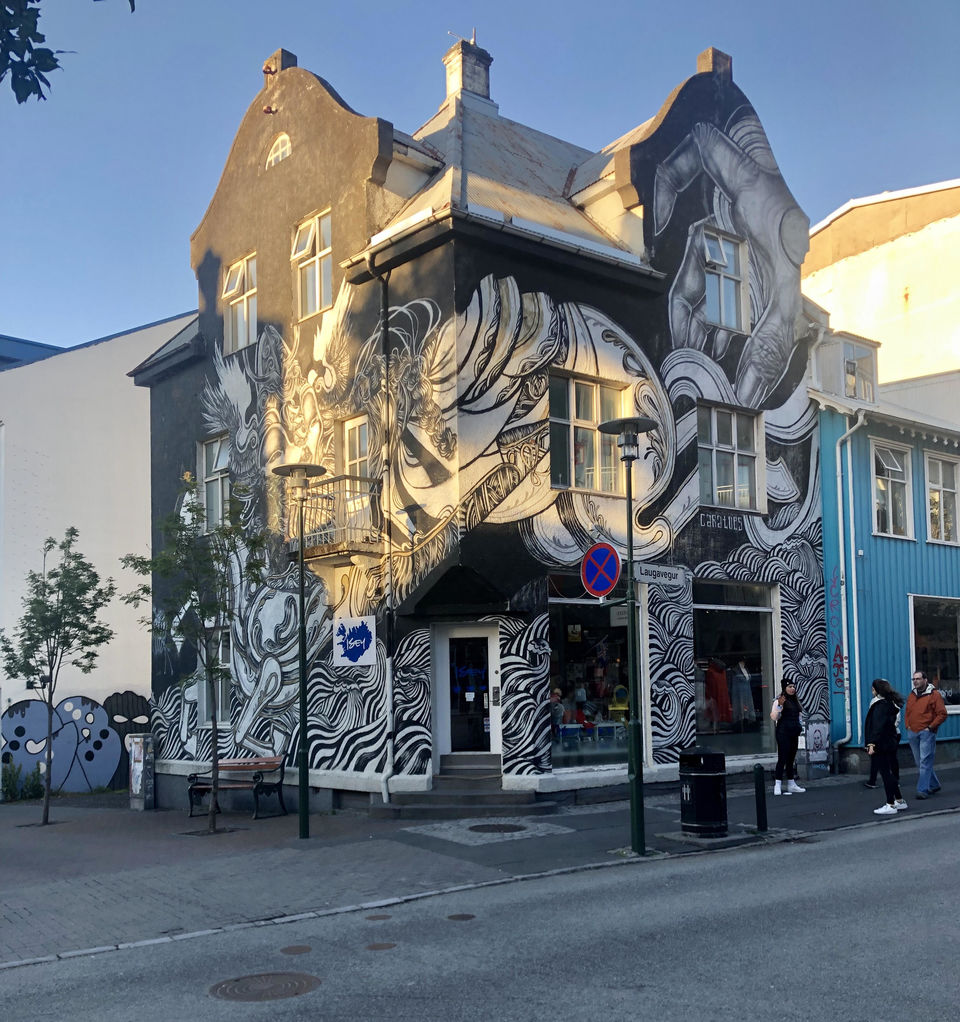 Rain or shine, winter or summer they are always quirky and vibrant with colors to brighten the lives of the residents. 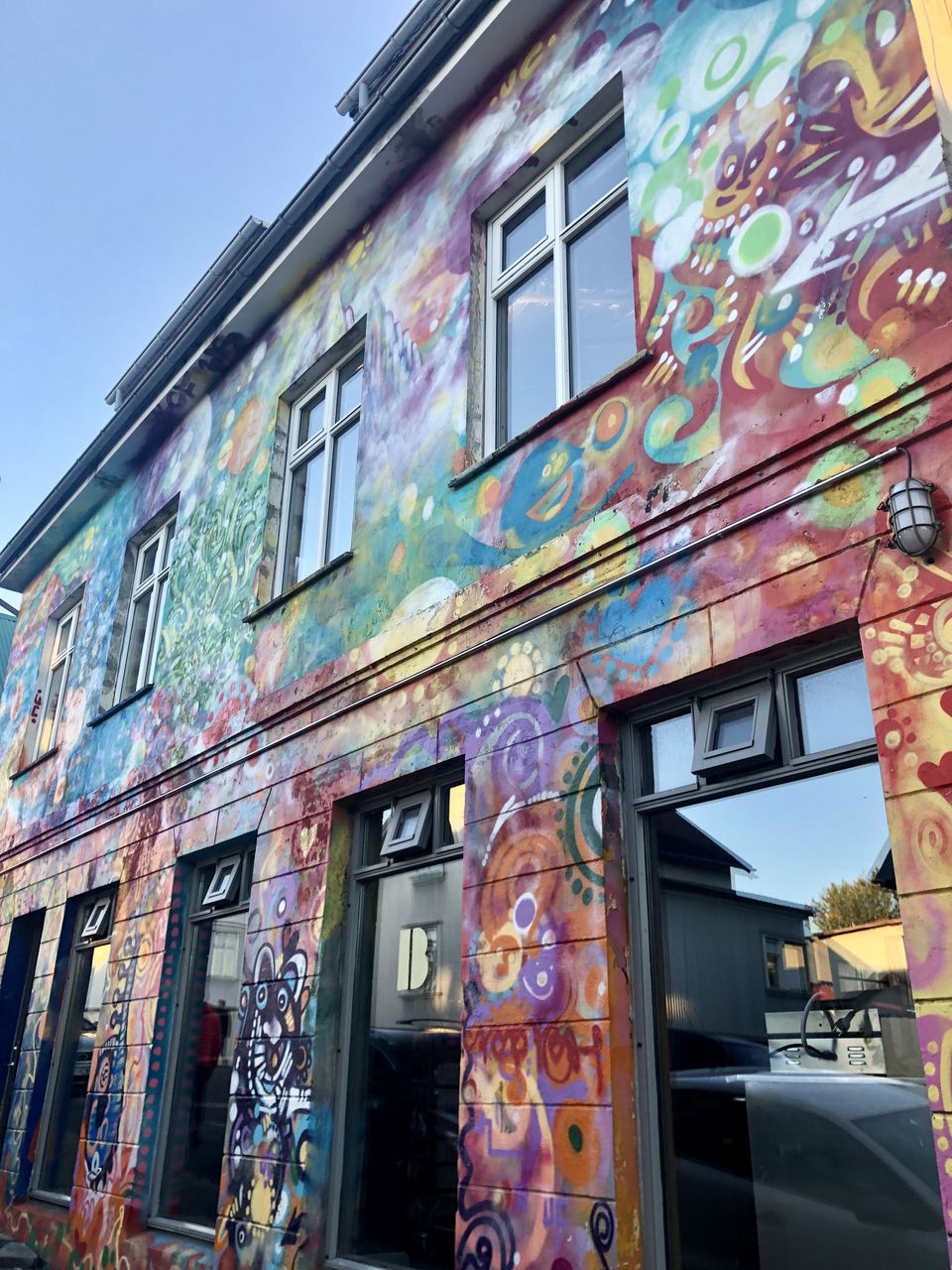 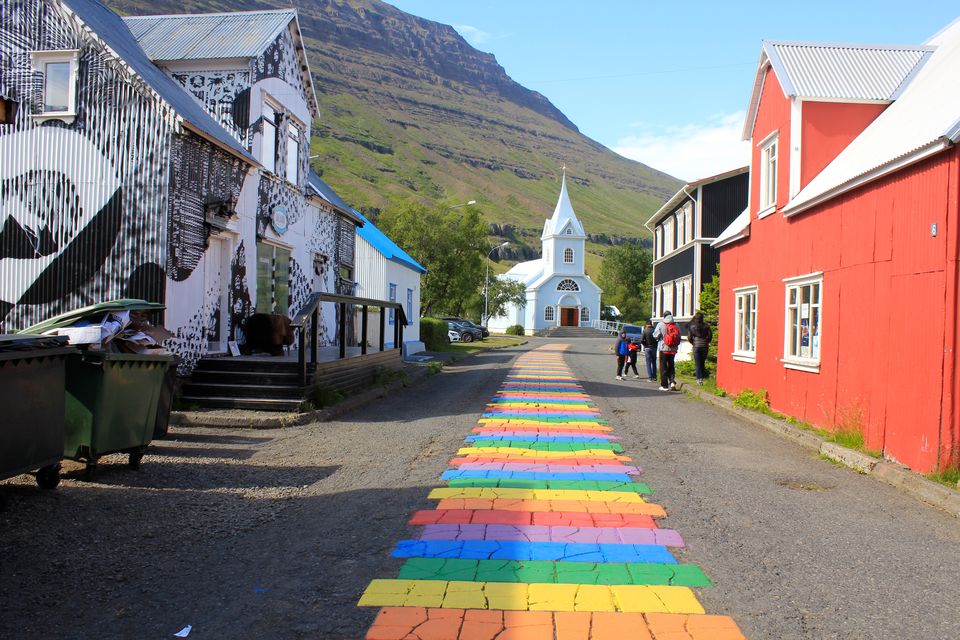 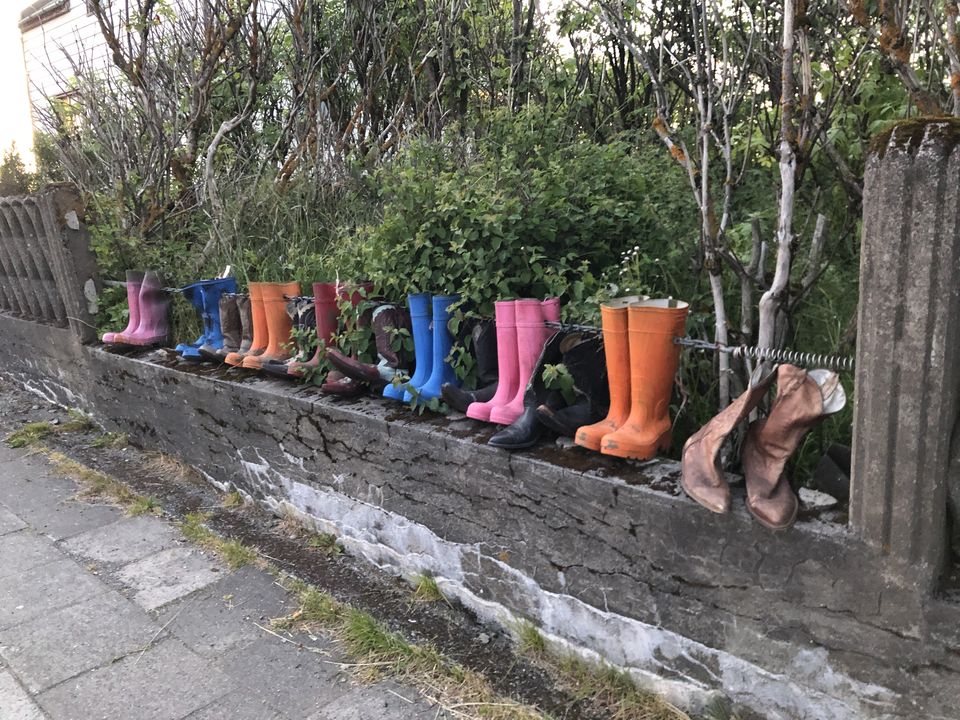 Luminous blue icebergs at Jokulsarlon-a magnificent glacial lagoon in South-Iceland is a part of Vatnajokull National Park right by the ring-road between the town of Höfn and Skaftafel. The glacial lagoon is one of Iceland's greatest wonders of nature; the Crown Jewel of Iceland. Visiting the lagoon is like entering a magical world, huge blocks of ice (more than 1,000 years old) are continually calving from the glaciers and large chunks of iceberg float in the lagoon. These icebergs when slowly melt on the black sand are battered by the ocean waves. 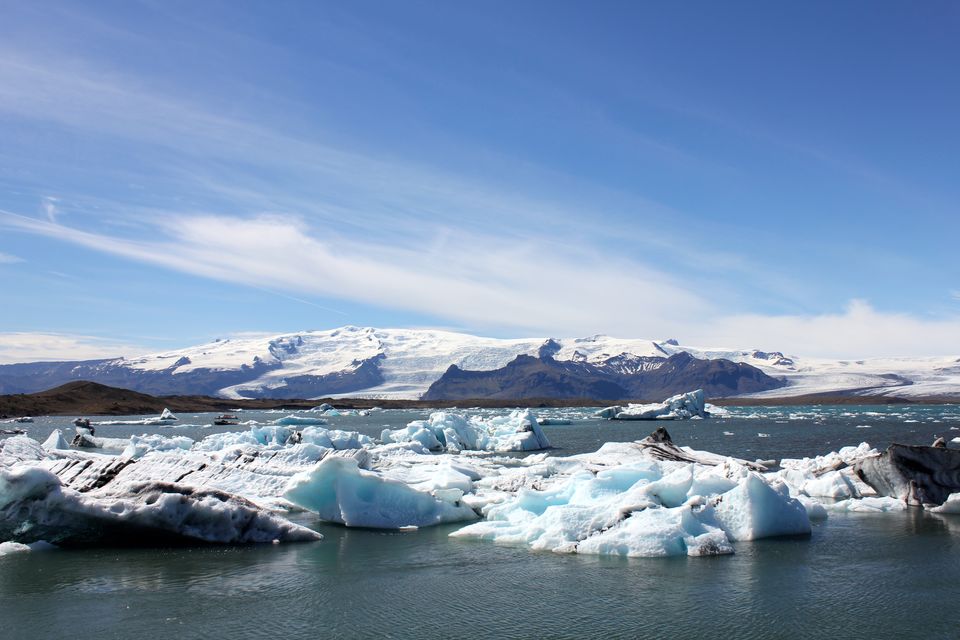 During the process they take shapes and colors ranging from transparent, or white to the luminous blue. Some of the ice is even black, as ash from volcanic eruptions gets stuck inside the ice. It is truly like visiting an art gallery. Though sunrise and sunset could provide great colors, this place can be photographed at any time of day and the dramatic clouds will make up for the lack of sun. 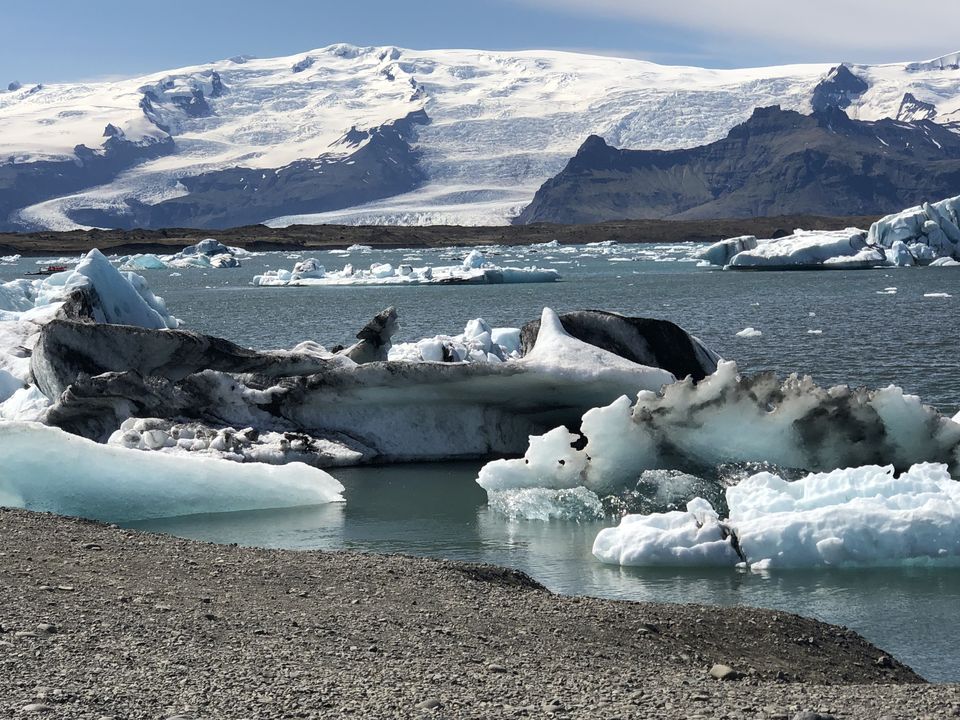 From darkest wintertime when you cannot tell the difference between snowy grounds and a glacier to brightest days of summer when contrasts in nature get so vivid and real you sometimes feel you are stuck in a surrealist painting, this country is of harmony and contradiction. Even when you get lost in the middle of nowhere, between anywhere and anytime: You cannot stop standing in awe-stricken silence. 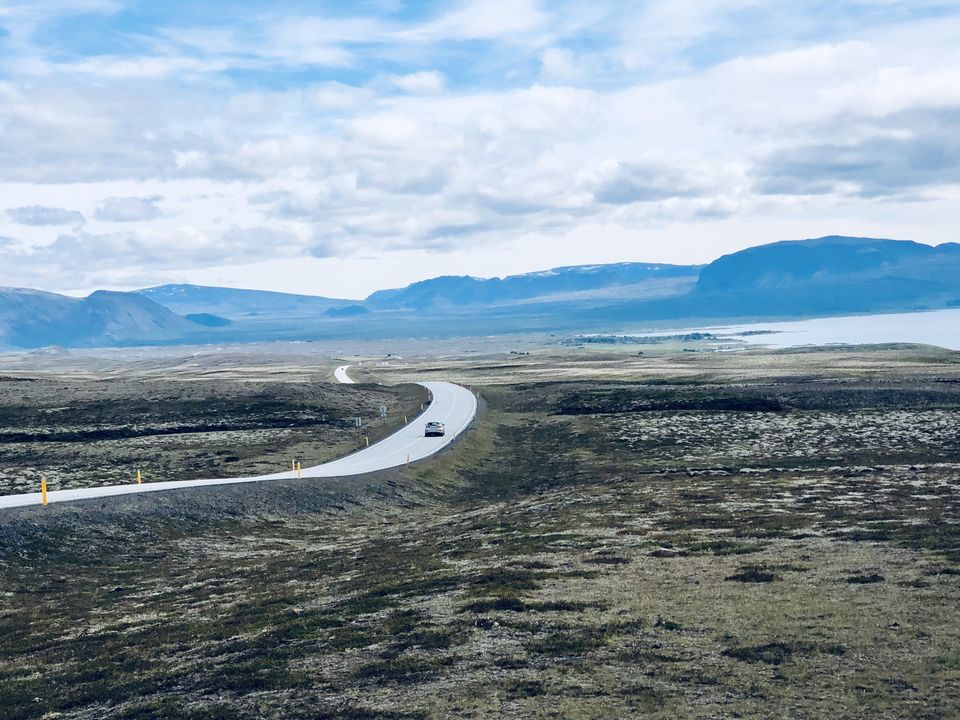 Then you turn around and what you had just seen has suddenly changed again. Because here everything changes with sudden weather change. You have to keep up. Keep on exploring. Iceland is truly a riot of colors, frozen by glaciers, soaked by rivers and burnt by Sulphur, the land of ice and fire will get your heart melting and your Instagram handle on fire! 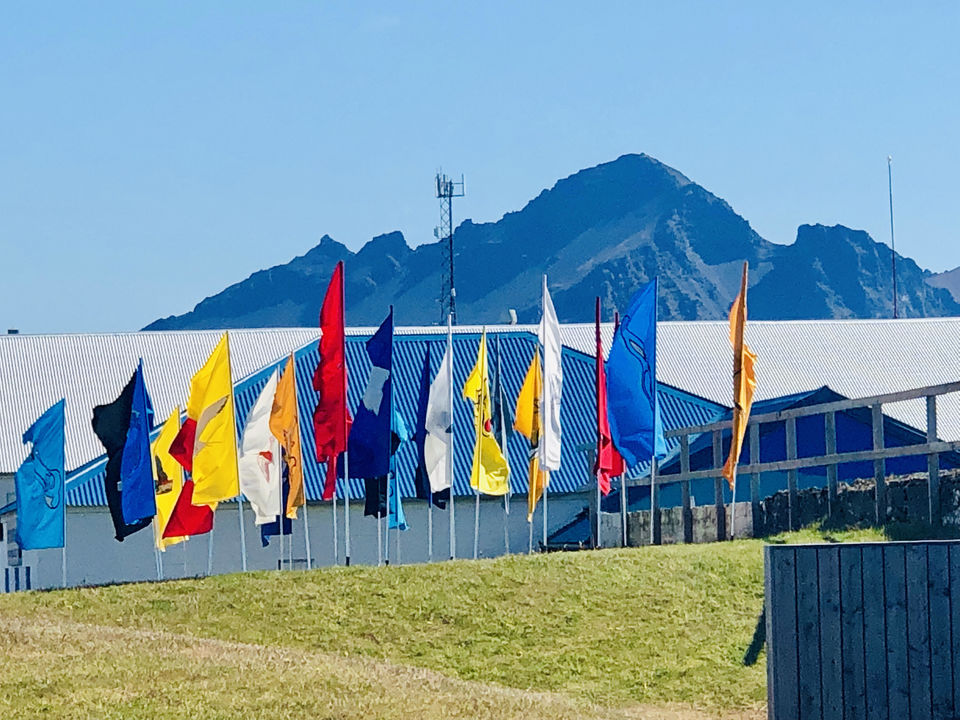