Chattanooga, a city in Tennessee along the Tennessee River in the foothills of the Appalachian Mountains, surrounded by mountains and ridges, the official nickname for Chattanooga is Scenic City. The narrow roads with walls on either side with the beautiful graffiti is old world charm with the small shops on both sides. Some of the cities have this effect on you which takes you back to time. This is like one of the streets which you see in the movies.

Graffiti on streets of Cattanooga 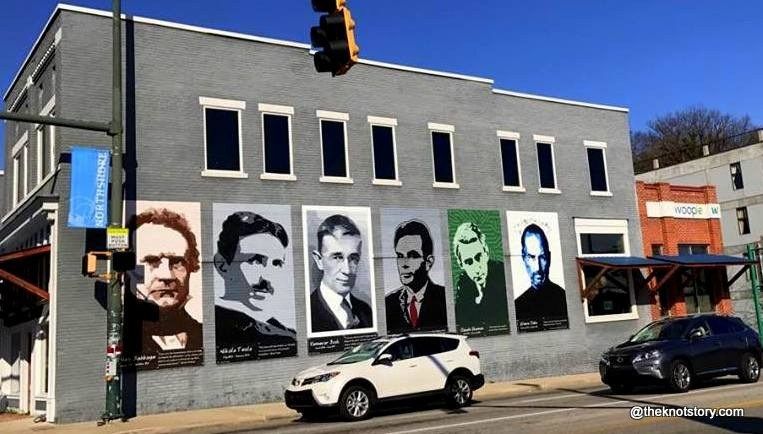 We reached Chattanooga late noon and we had some snacks in one of the Greek restaurants in Chattanooga called Opa. This one is close to Coolidge park and the beautiful Tennessee river. A small restaurant with an awesome Owner/Chef who asks what you like and offers the best he got. We had some shawarma and it was one of the best I ever had. Pricing was towards expensive side, but this is a joint where you can sit for a long time chatting and enjoying. After lunch, we went for a small walk through the Coolidge park by the bank of the Tennessey river. Our target for the day before driving back to Atlanta was to visit two places, the ruby falls and watch the beautiful sunset from the top of Lookout mountain. 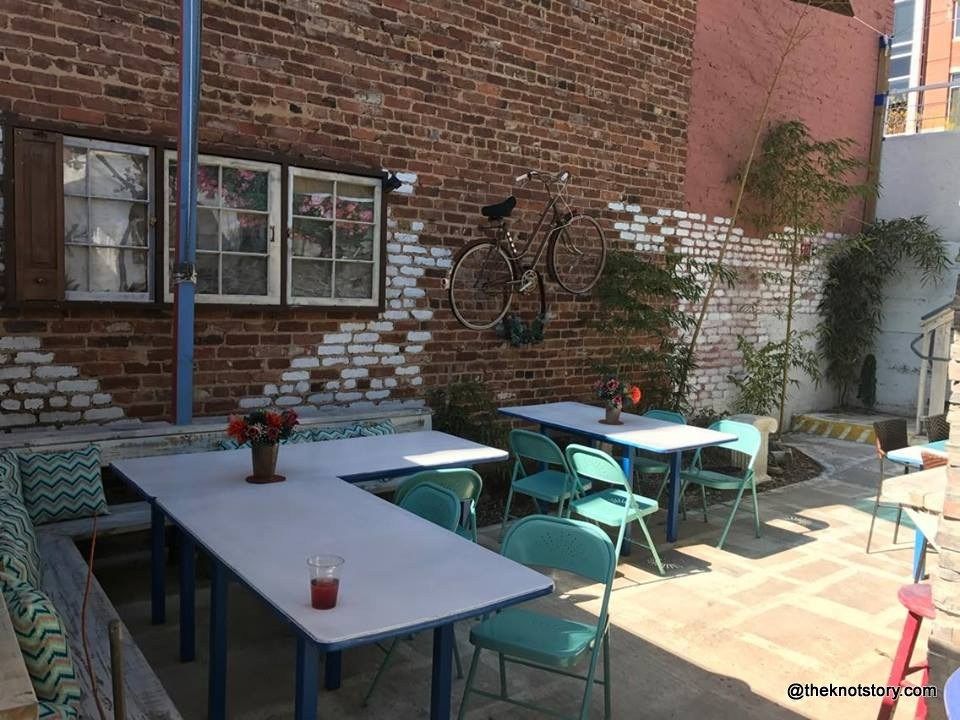 Chattanooga has trolley like Incline Railway scales steep Lookout Mountain before reaching Ruby Falls waterfall and Rock City, featuring sweeping views, sandstone formations, and gardens. Point Park, also atop Lookout, marks the site of a Civil War battle now honored at the Battles for Chattanooga Museum. But since we had a car, we drove to the Ruby falls first as it was supposed to get closed by 5 pm. We reached there and took the ticket which will take us 1100 feet inside the lookout mountain and then towards the 150 feet tall fall. Some distance was covered in a lift after which we had to walk. This is a guided tour and they take you in batches of 9-10 people.

We boarded the elevator and it took us 650 feet down. Once we got out of the elevator the guide explained to us about the place and its history. This place is a limestone cave and it had many live rock formations while some had stopped growing. We started to walk and soon were able to see beautiful limestone formations but were instructed not to touch any of them. We were able to see the Elephant's feet, Fish, Dragon, Angel's wing and much more. The path was narrow and wet mostly because it is a live limestone cave. The guide explained us the story of the founder of this cave Leo Lambert. 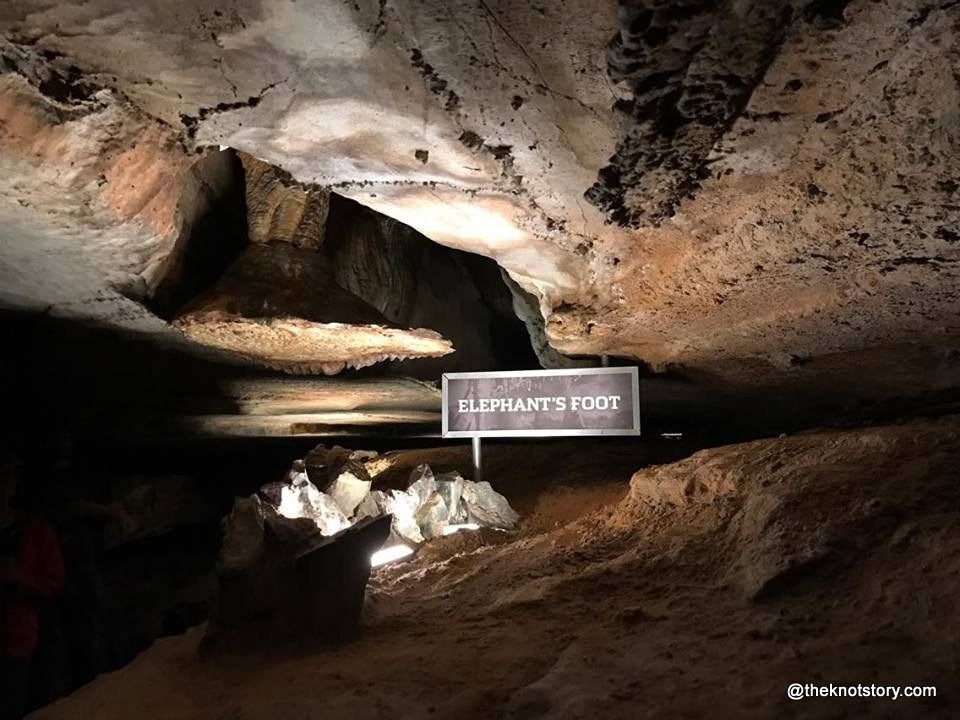 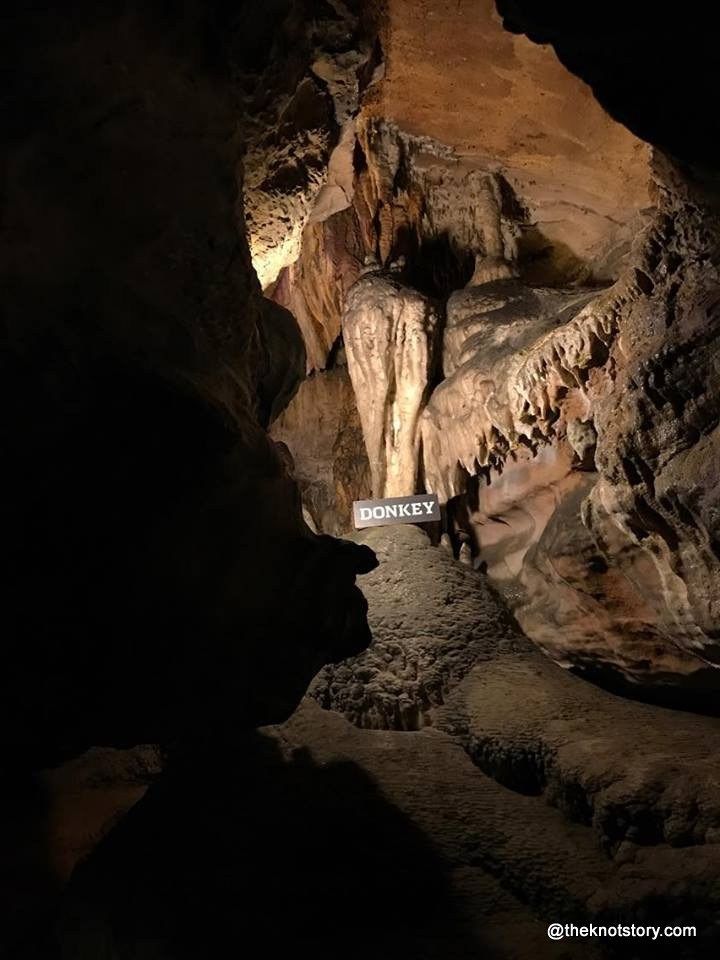 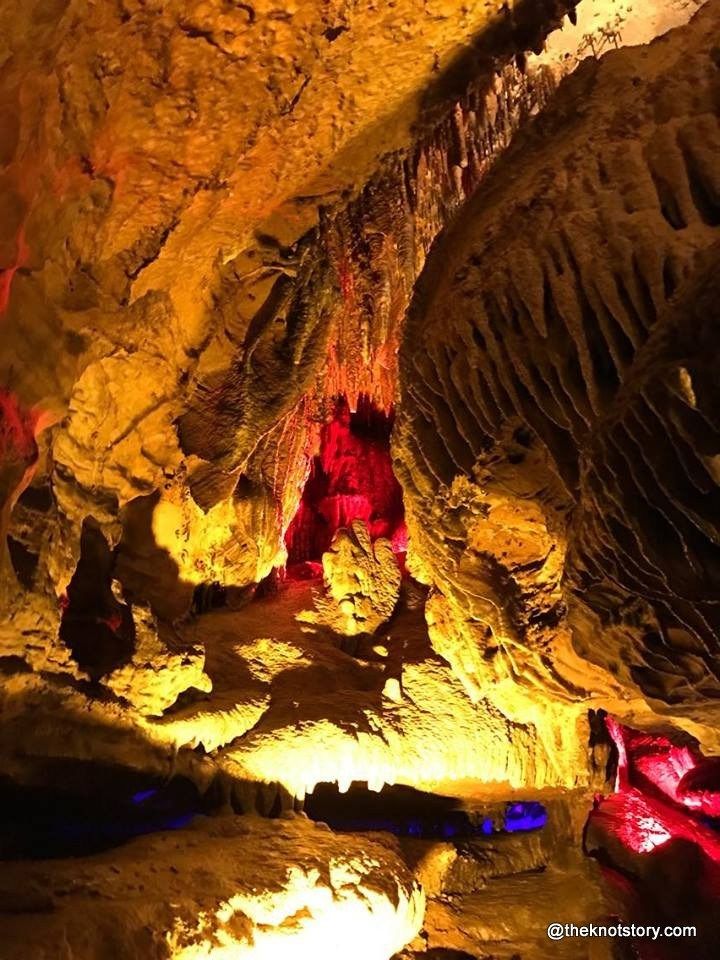 In the 1920s a chemist and cave enthusiast named Leo Lambert thought that he could re-open the cave as a tourist attraction, and formed a company to do so. He planned to make an opening further up the mountain than the original opening and transport tourists to the cave via an elevator. For this purpose, his company purchased land on the side of Lookout Mountain above Lookout Mountain Cave and in 1928 began to drill through the limestone. In doing so, they discovered a small passageway about 18 inches high and four feet wide. Exploring this opening, Lambert discovered the formerly hidden Ruby Falls Cave and its waterfall. On his next trip to visit the cave, Lambert took his wife Ruby, and told her that he would name the falls after her. (Ref:Wikipedia) 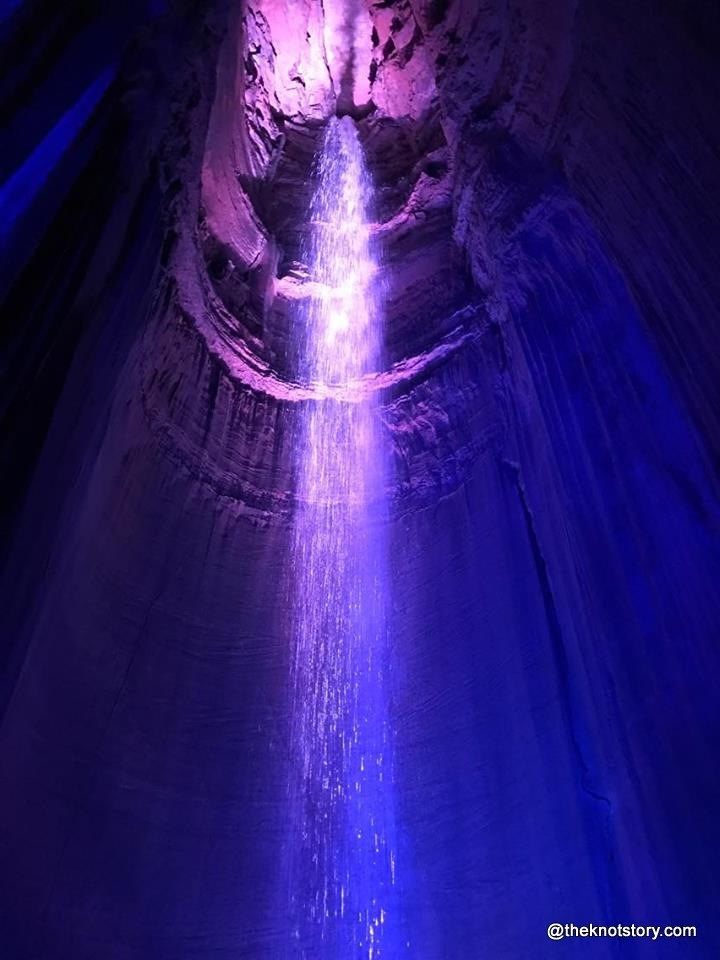 After few more minutes of walk through the narrow limestone formations, we reached a bit more open space, but it was pitch dark there. In a minutes time, the lights were on and we were able to see the beautiful Ruby falls. 150 feet tall waterfall with lighting which makes it look more beautiful. This is my first time in a limestone cave and the first sight of the waterfall made me understand why everyone says this is beautiful. 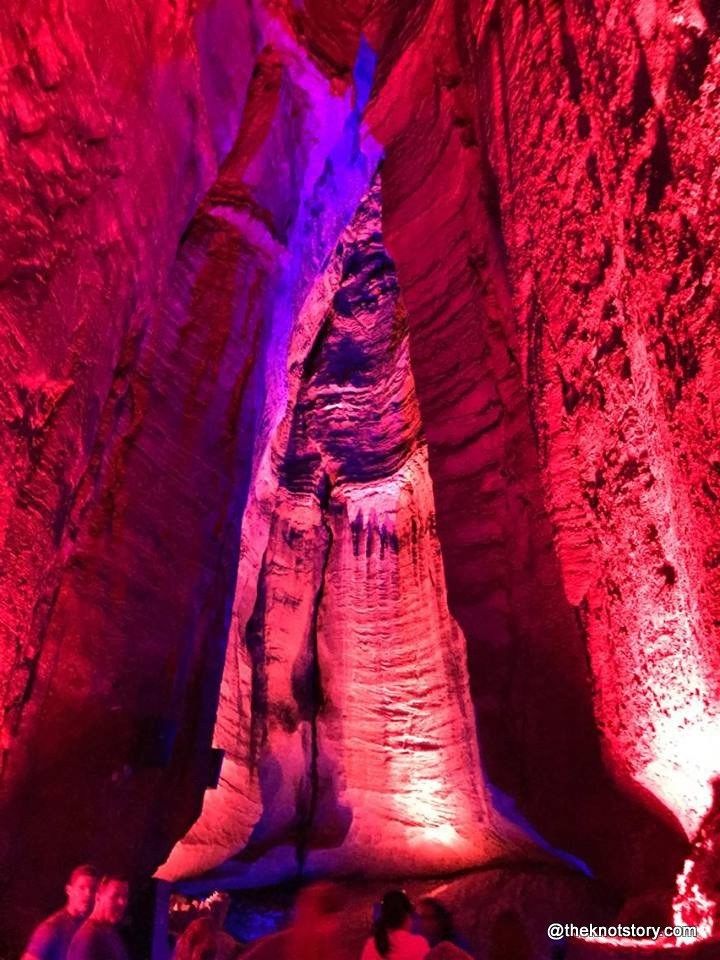 After getting out of the fall we went to see the watch tower and then took the car to Lookout mountain. 5minute drive and we were on top of the mountain. We parked the car and walked down to the spot to see the sunset. It was close to sunset and every scene was beautiful than the previous one. One of the most beautiful sunset you can watch with your partner but I watched with a colleague of mine :P. We were also able to see the site of the Civil War battle, now honored at the Battles for Chattanooga Museum. Look out mountain is a place with the view and the place which you see in dreams with a beautiful sunset. 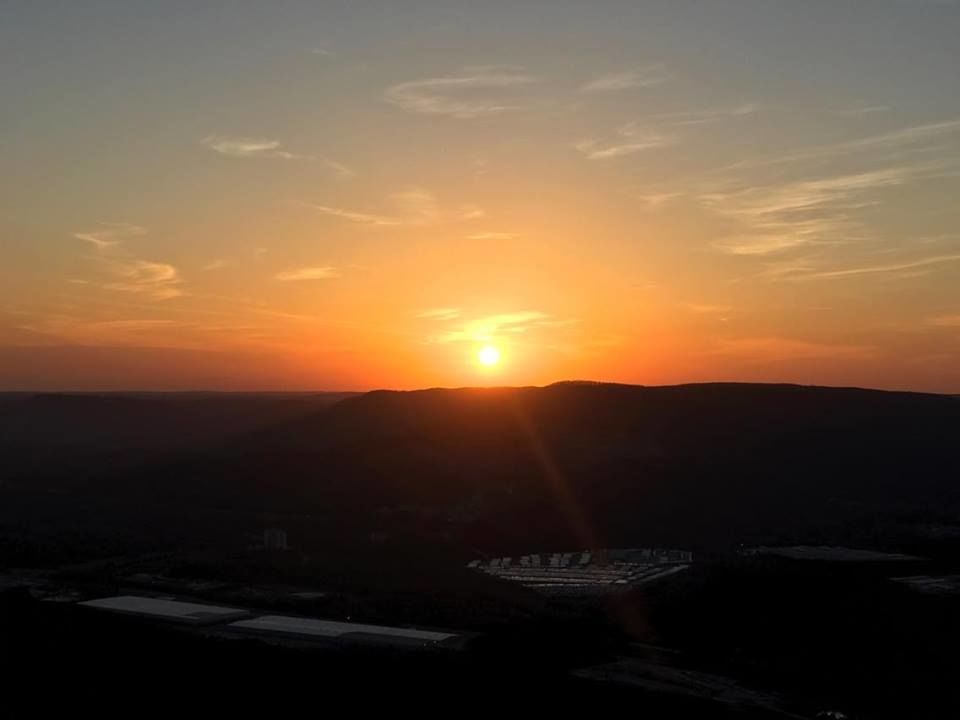 This blog was originally published on TheKnotStory.