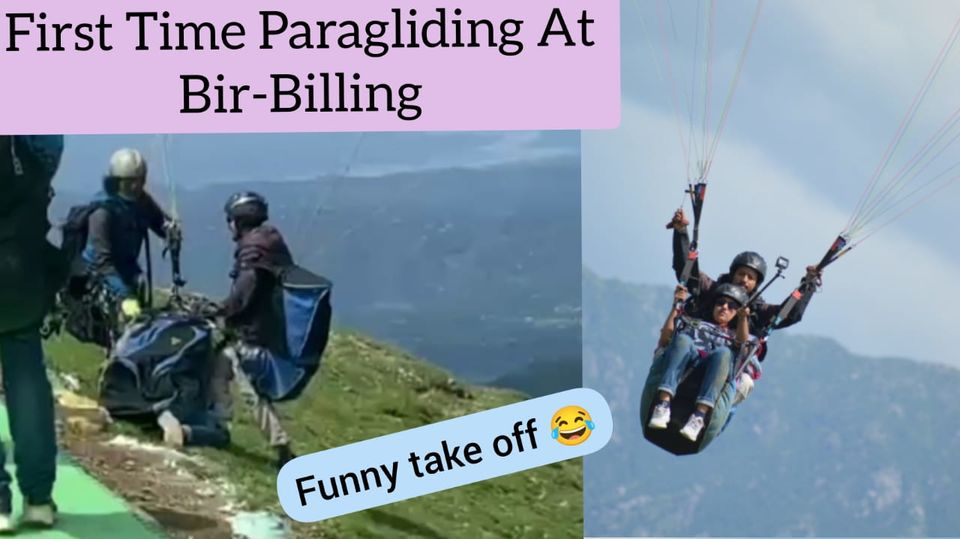 Hello, my friends. This vlog is the funniest vlog that I have ever made. I have done Paragliding in Bir Billing for the very first time. And guess what, my first take-off was happily failed. In this, there are some funniest moments of my paragliding which I am sure can make you laugh too.

Additionally, apart from paragliding, I have mentioned in the video what are the other best things to do in Bir- Billing.

Bir-Billing is a Paragliding destination in the heart of the Himalayas near the famous tourist destination Dharamshala in Himachal Pradesh. This was the “First Paragliding World Cup of India.” This event happened in the month of October 2015.”

Some of the best cafes of Bir Billing include Avvas cafe, June 16, etc. Which I personally tried. Apart from that, there are some good & beautiful monasteries that you can visit in Bir Billing.

I have also covered the prices of paragliding in Bir Billing. Normally, the price for paragliding range can up to 2000 to 3000 INR. But I managed in around 1700. Although, it always varies according to season & demand.

So guys, just enjoy this vlog. And don't forget to SUBSCRIBE to the channel for more future travel vlogs.

Thanks for watching it.