By Wanderlust On Wheel

For quenching my thirst of waterfalls in Western Ghats, after beautiful Godachinmalki Falls my Day 3 ride continue to hunt The Mighty Gokak Falls. The distance between these two falls was only 14kms.

View from the Cliff 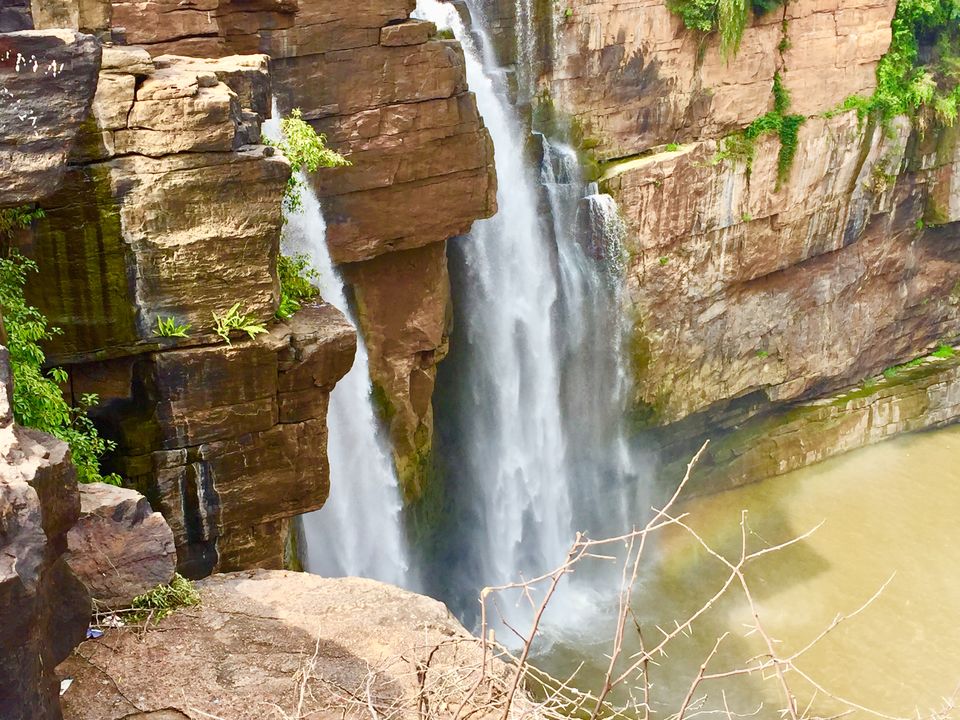 Gokak was in my plan to visit on Day 3 of my Uttara Kannada ride while travelling towards Badami from Belgaum. Localities informed Gokak resembles Niagara Falls when all gates of Hidkal Dam are open. Mostly authorities allow flow of water from dam during Sunday as crowd is likely to be more. Precautions are required to be taken as the hanging rope-way across the waterfalls is closed to public, so many visitors walk into the red sandstone cliff for thrill and to get a feel of the roaring sound of the waterfalls, which is likened to the famous Niagara Falls for its picturesque shape which may be fatal if imbalanced from the cliff’s edge. It was my bad luck as all the gates of dam was closed when I visited the fall on Saturday but the place was still overcrowded with decent water flow. 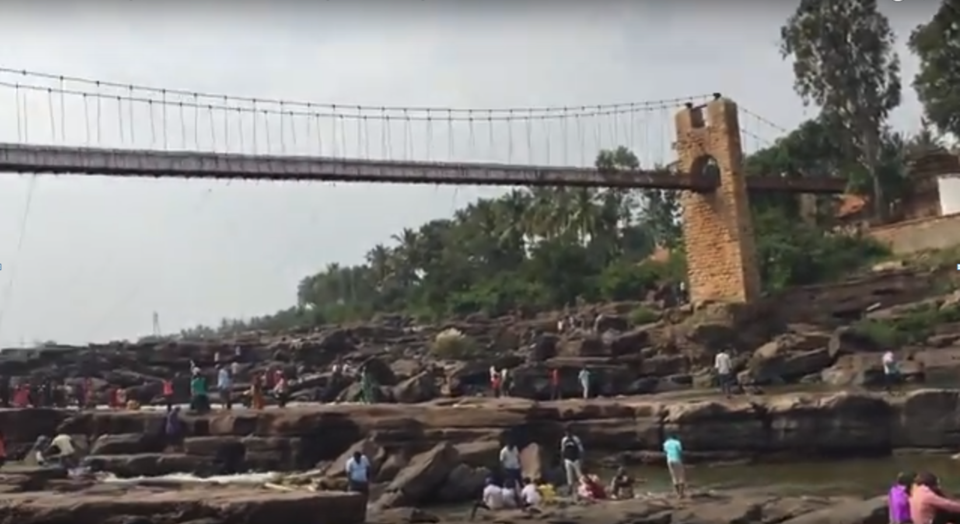 I enjoyed the view of fall from the front rather than standing on the cliff’s top due to minimal public presence and a clearer picture without any short of risk involved. To reach the front view location travel on the road going down towards left from the main entrance. 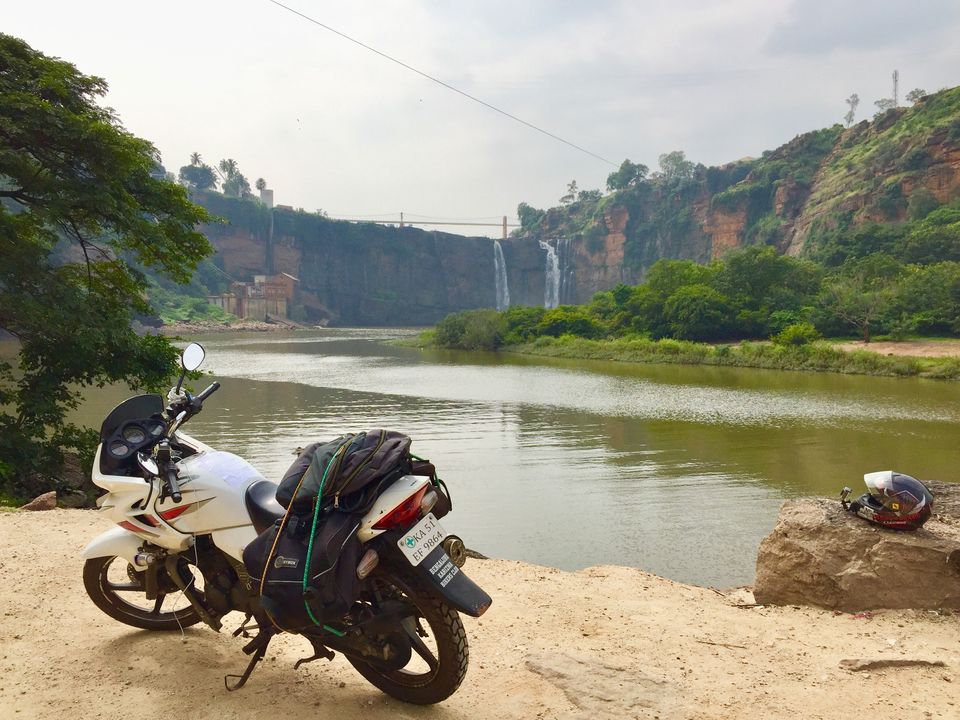 After traveling for around 2kms in the beautiful Ghats you will find a Mahatma Gandhi Statue towards your right from where you need to take immediate left and follow a narrow road going downhill for around 2.5 kms to reach the location. Here you can take a cold river dip also without much risk but depends on water current/flow. 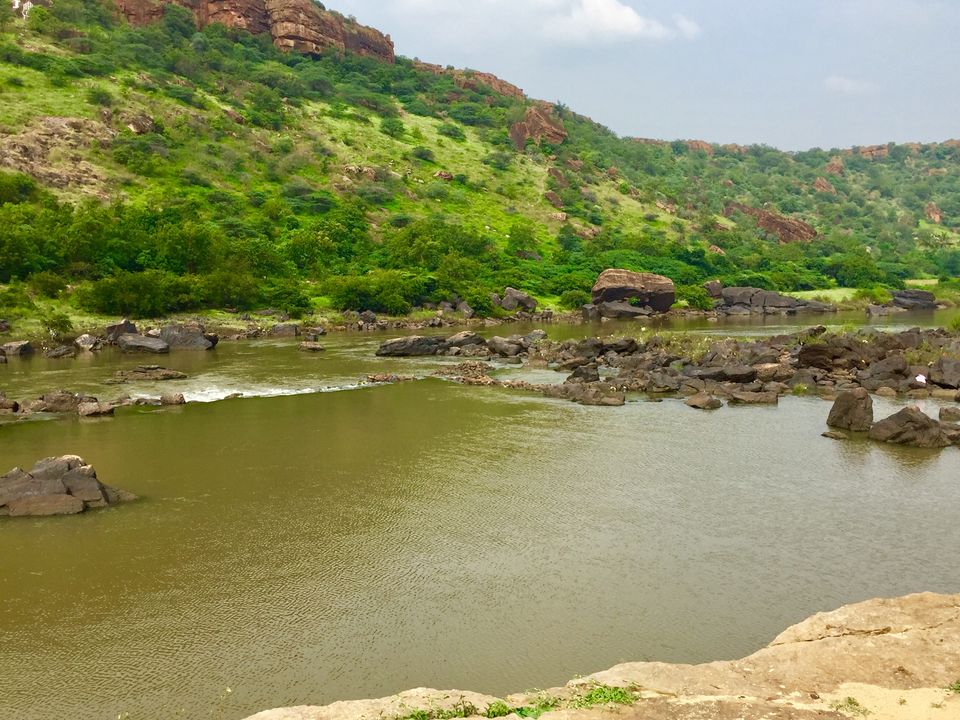 The Gokak Falls is located on the Ghataprabha River in Belagavi district of Karnataka, India. The waterfall is six kilometers away from Gokak town.

After a long winding course, the Ghataprabha River takes a leap of 52 meters (171 ft) over the sand-stone cliff amidst a picturesque gorge of the red soiled rugged valley, resembling Niagara Falls on a smaller scale. The waterfall is horse shoe shaped at the crest, with a flood breadth of 177 meters (581 ft). During rainy season, the thick reddish brown water sweeps far over the brink of the cliff with a dull roar that can be heard from some distance. 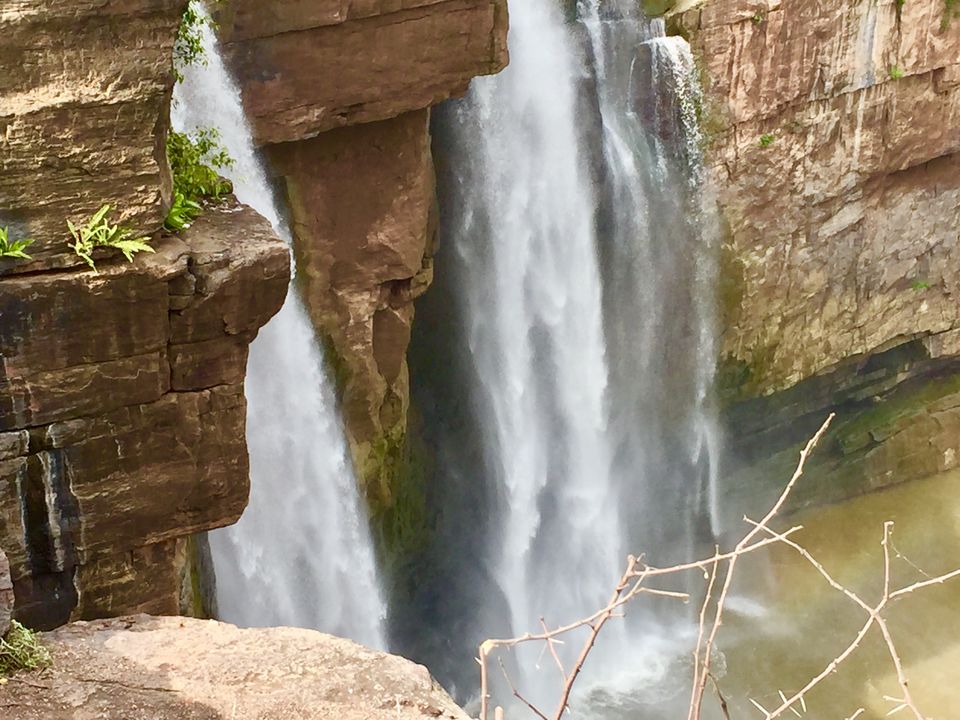 There is a hanging bridge across the river, measuring about 201 meters (659 ft) built since Britishers era. Its height above the rock bed is 14 meters (46 ft). If crowed becomes more then authorities restrict walking over the bridge since it has grown old. There is an old electricity generation station where electricity was generated for the first time in 1887 from where you can see the front view of the falls. 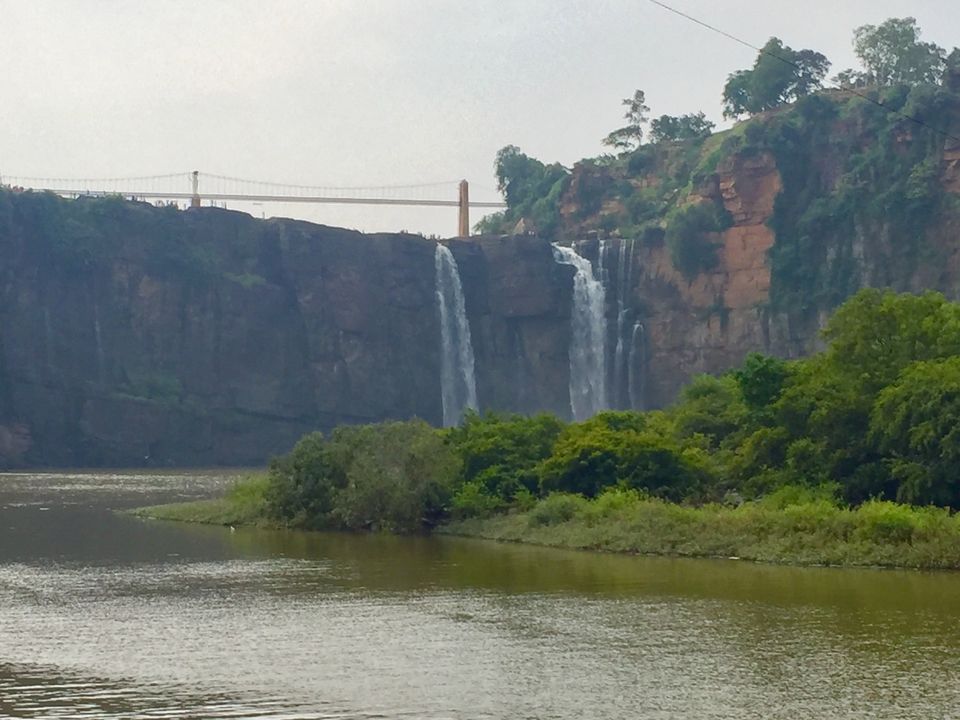 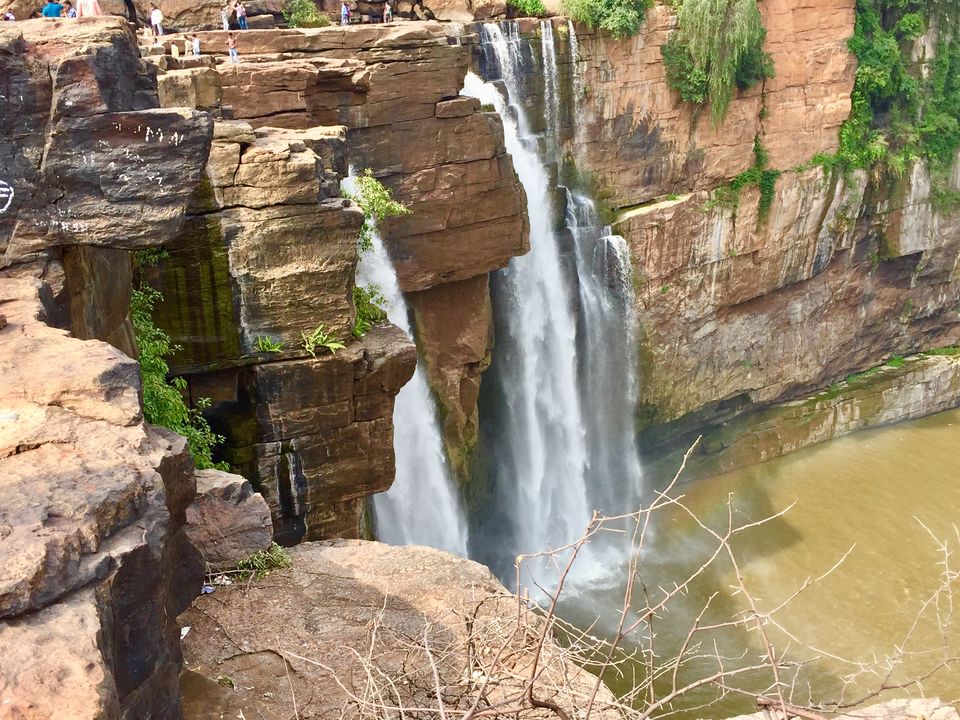 There is ample parking space and hotels available near main entrance. There is no entry fee. There are good decent hotels and lodge available in the area. Since I didn’t stayed at Gokak so will not be able to share much review of hotels. 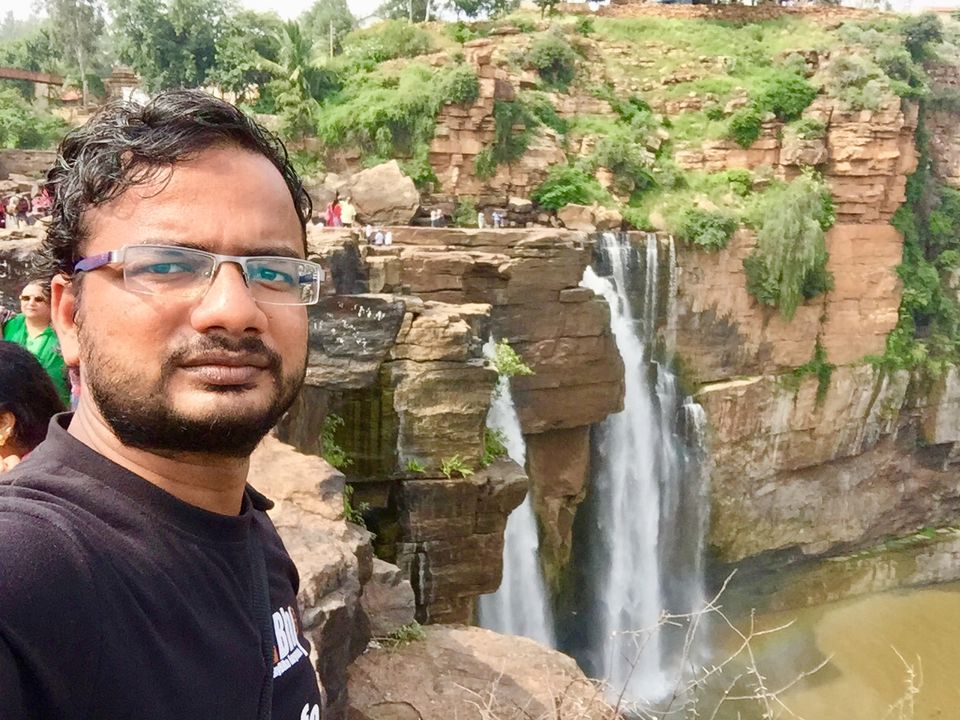 *N.B: Place is overcrowded to precaution are required to be taken at cliff’s edge. Please keep the falls environment litter free.