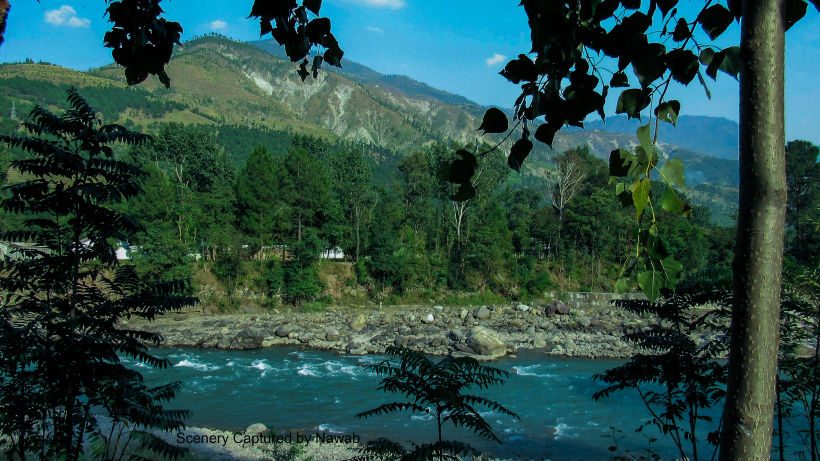 Pakistan is the country with multiple options for the travelers, there are places for the nature lovers like snow-covered mountains, beautiful lakes, forests, green plains and rivers or places for those who love history like ancient forts, shrines, or Mughal architecture. I and my family are nature admirer and we, for the most part, go to the places with mountains, streams and green fields. This time, we plan to travel to Hunza Valley, a 3,000KM route from The South end of Pakistan, Karachi to the North end of Pakistan, Khunjerab Pass (the Pak-China Boarder).

We travel from Karachi to Rawalpindi by train and reached Rawalpindi on 13th September 2015, Rawalpindi commonly known as Pindi among people of Pakistan is a city in Punjab adjacent to the capital Islamabad. It also acts as a center point for the travelers who wish to travel to Northern Area, Kashmir or Khyber Pakhtunkhwa region. There are numerous expensive as well as budget hotels and restaurants in Pindi so one can stay effectively in Pindi for whatever length of time that one wish, there are various places in Pindi that can also be visited. After staying for one day in Rawalpindi we begin our excursion toward Hunza on 15th September 2015.

At 9:00 AM we went to Pirwadhi from where Transport is available toward any part of Pakistan, Bus, Van or a Coaster, we opt to travel by Coaster till Mansehra. The coaster was air conditioned and very comfortable, and started its journey toward Mansehra at nearly 10:00 AM, there was a substantial traffic jam on G.T Road (N5) toward Peshawar and that squandered our part of time. In any case, in the wake of intersection at Tool Plaza, the movement got typical and our voyage began once more, we were getting a charge out of each snippet of it as well as every one of us are exceptionally amped up for this excursion. At Abbottabad Mor, our coaster took a right turn and now we are travelling on the Eighth Wonder of the World, “The Karakorum Highway (N35)”, we have read about this highway many times but this is the first time we were travelling on the highway. As of Wikipedia, The Karakoram Highway (KKH) is one of the highest paved international roads in the world. The 1,300 km (806 km in Pakistan) long highway, connects the Xinjiang Uyghur Autonomous Region of China and Gilgit–Baltistan of Pakistan across the Karakoram mountain range, through the Khunjerab Pass. Due to its high elevation and the difficult conditions in which it was constructed, it is referred to as the Eighth Wonder of the World, and this is the Highway on which we will be travelling to our destination The Khunjerab Pass. 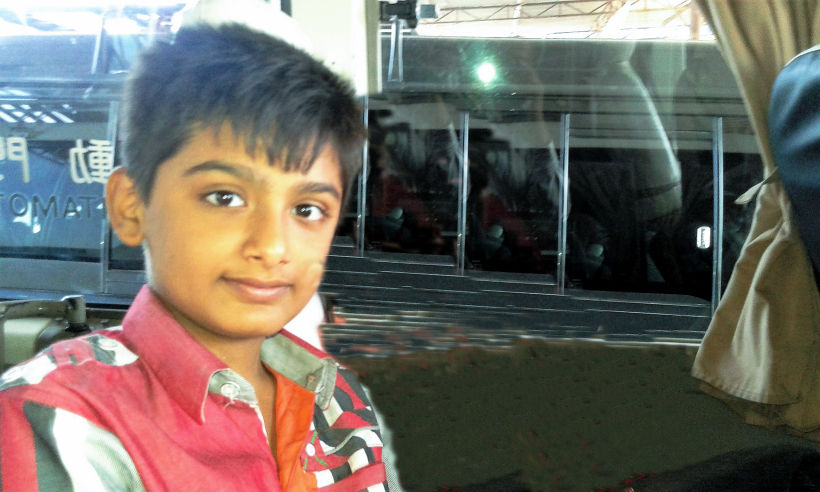 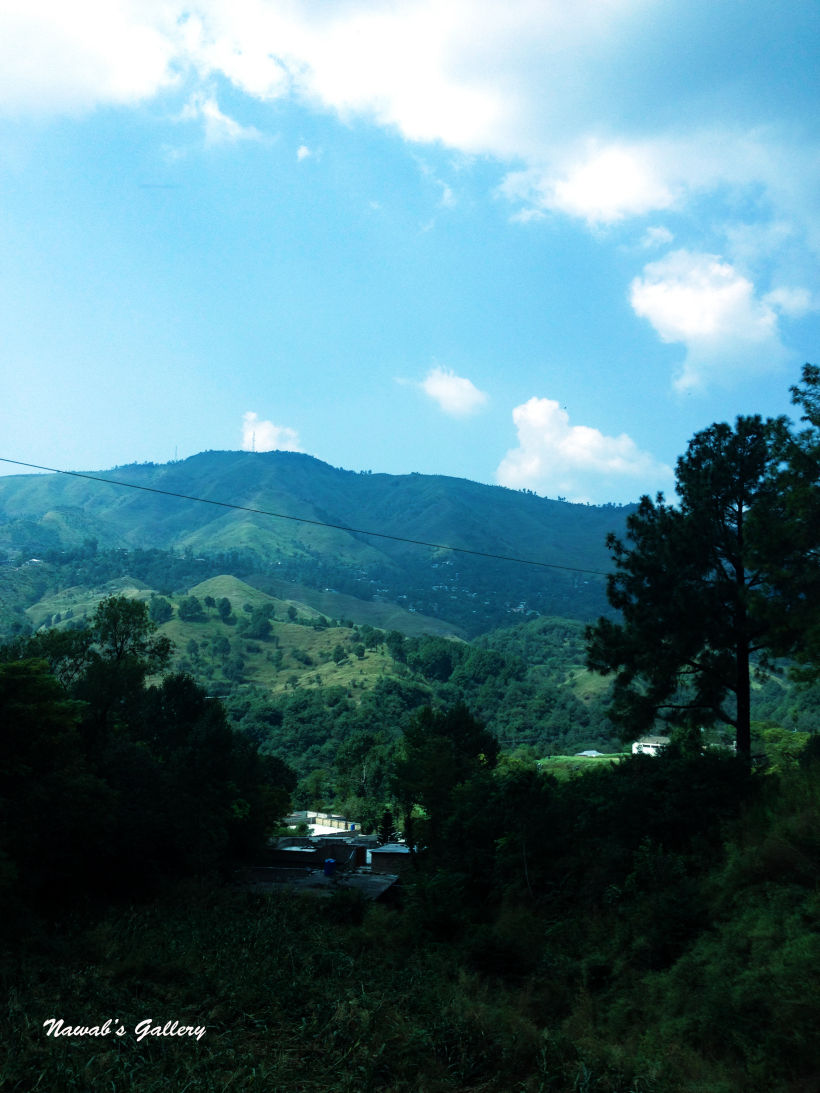 Since this part of Pakistan is mountainous, our coaster now started ascending up the hills and after crossing many small towns, rivers and travelling through green forests, we reached Abbottabad City at around 1:00 PM. Abbottabad is a city located in the Hazara region of Khyber Pakhtunkhwa province at an altitude of 4,134 ft. The city is bounded on all four sides by the Sarban hills, from which residents and tourists can see breathtaking views of the region and city. The location of the city and the hills allows Abbottabad to experience pleasant weather in the summer and cold winters. The Dor River flows south of Abbottabad through the town of Harnol, eventually reaching Tarbela Dam, situated west of Abbottabad.

Now, after a break of nearly 30 minutes, we again started travelling toward Mansehra city on KKH (Karakorum Highway) and in an hour we reached Mansehra city. Mansehra is a small city situated between the high mountains. It has a wonderful natural beauty and extraordinary surroundings. Mansehra serves as a hub that connects Naran, Kaghan, Shogran with Mansehra through Mansehra-Naran-Chillas Highway (N15) and Gilgit, Hunza, Khunjerab Pass, Kashgar (China) through KKH(N35). There are many hotels, guest houses, hostels and restaurants in Mansehra both Luxury and budget and one can stay as long he wishes with ease and comfort. There are many places to visit within and around Mansehra city.

Our today’s objective is to achieve Naran as right on time as could be expected under the circumstances, so we have no plans to stay in Mansehra. From Mansehra, we now have two choices to travel either by Hiace (Van) or rent-a-car (Taxi). We commonly consented to go by Taxi till Naran as this will give us the chance to stop at better places for photography and appreciate the surroundings and area. It was a small car, but comfortable after some bargain for the fare we hopped in and began going toward Naran. 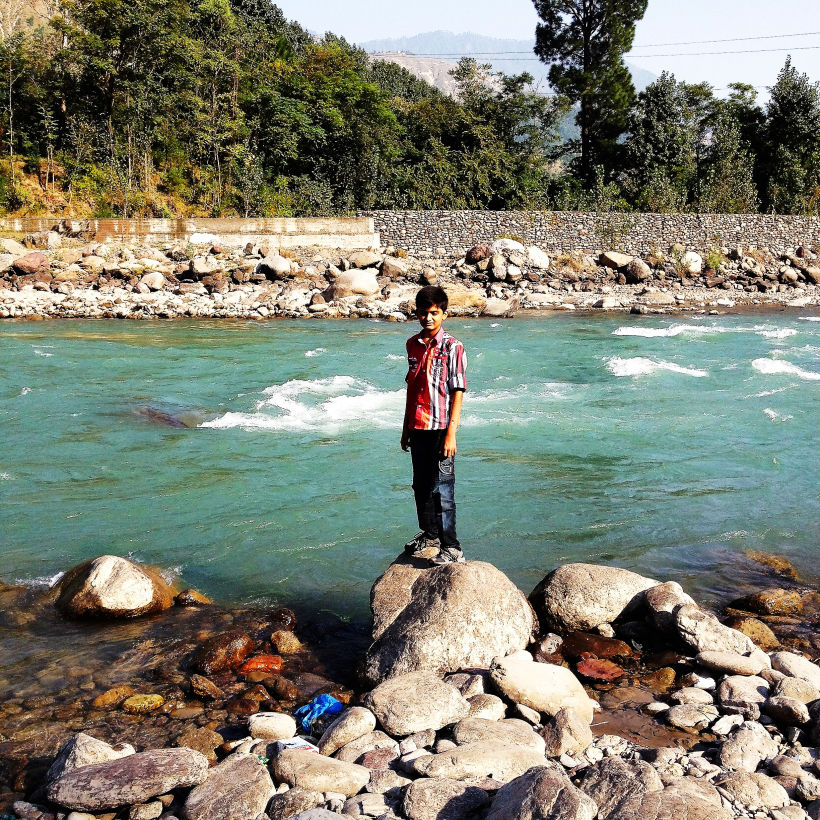 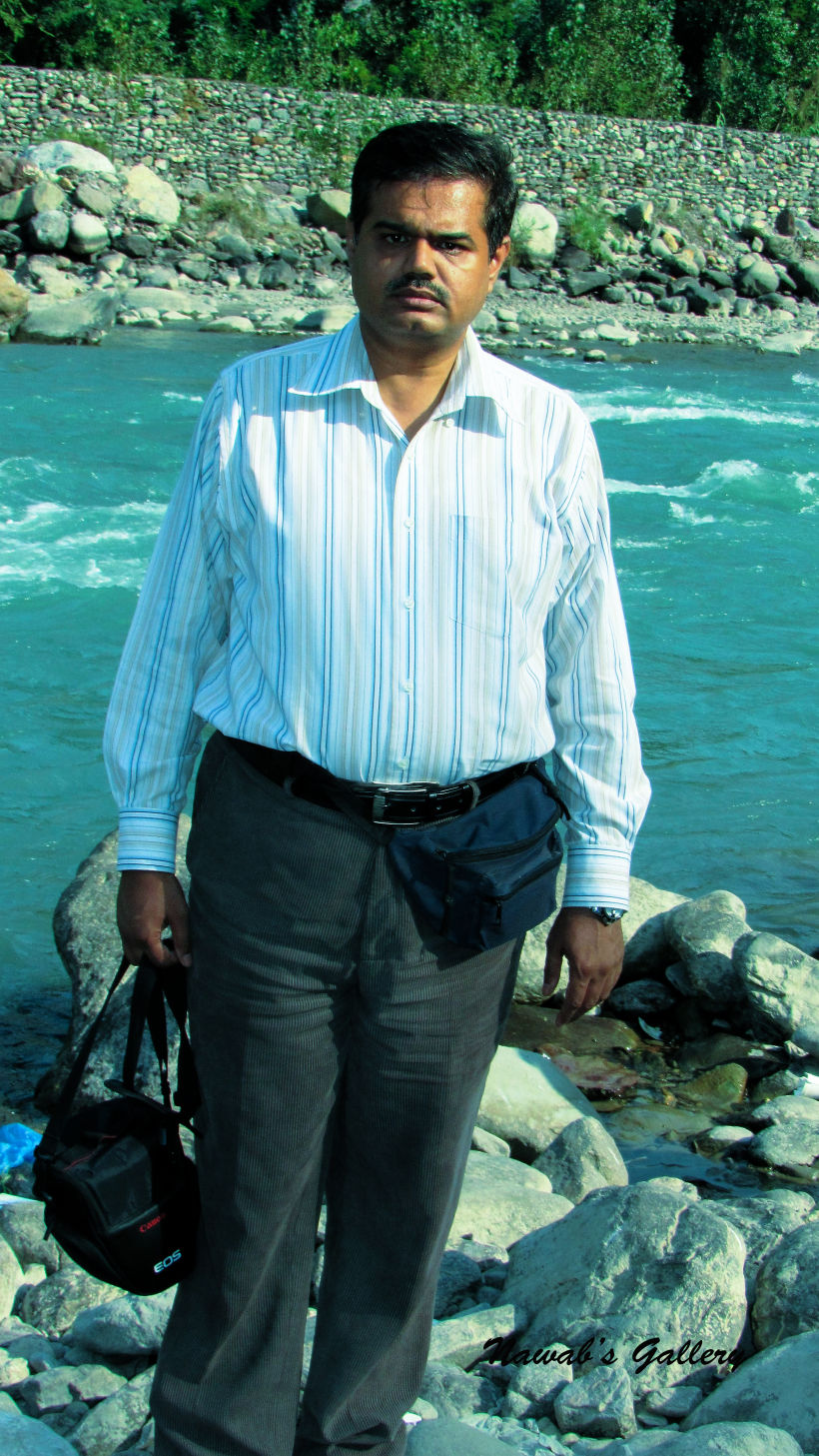 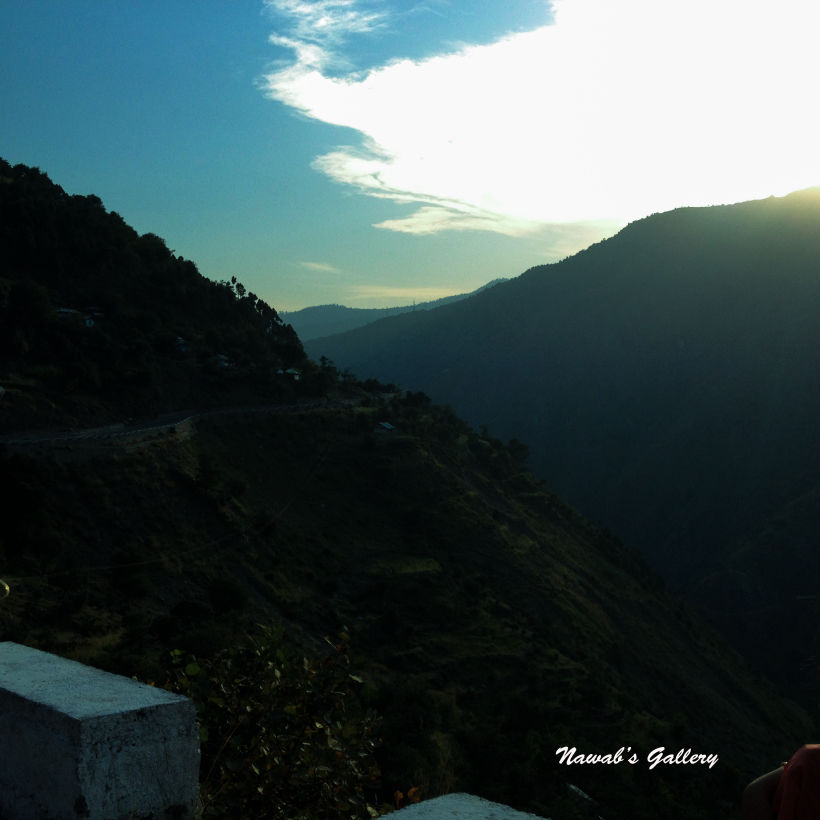 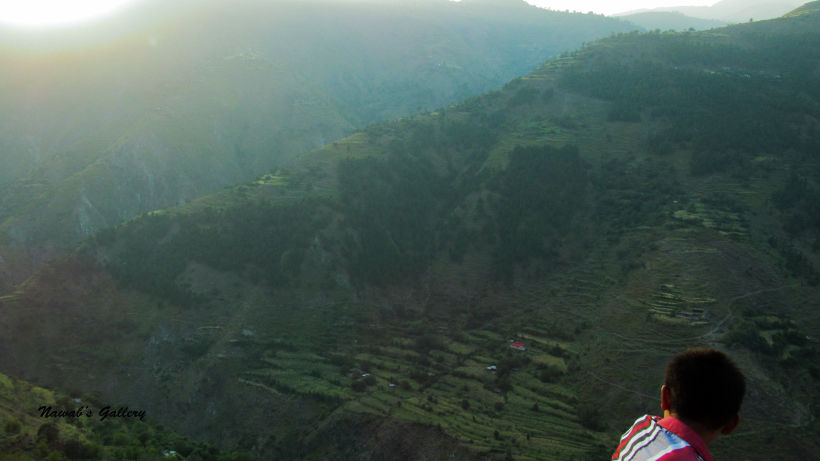 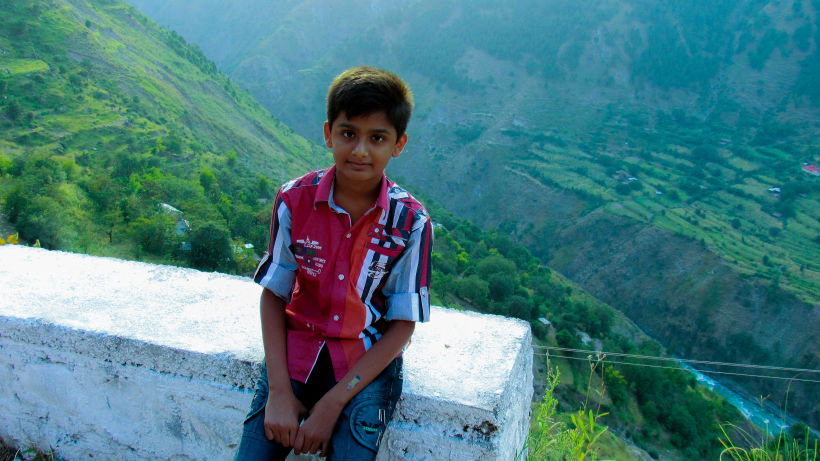 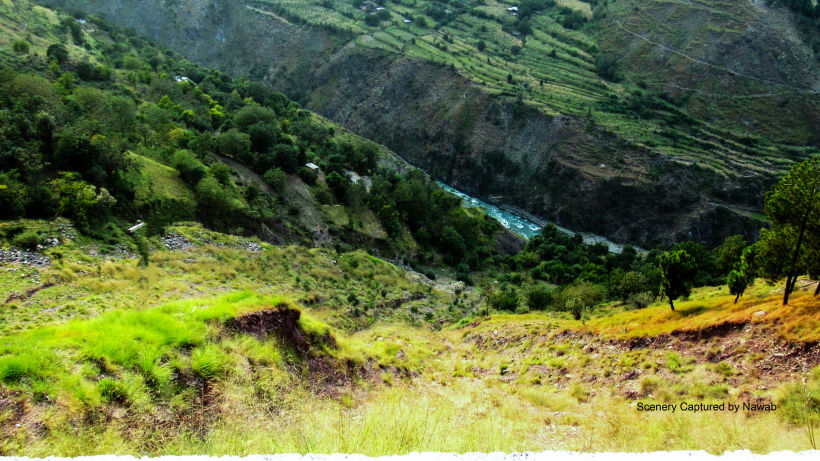 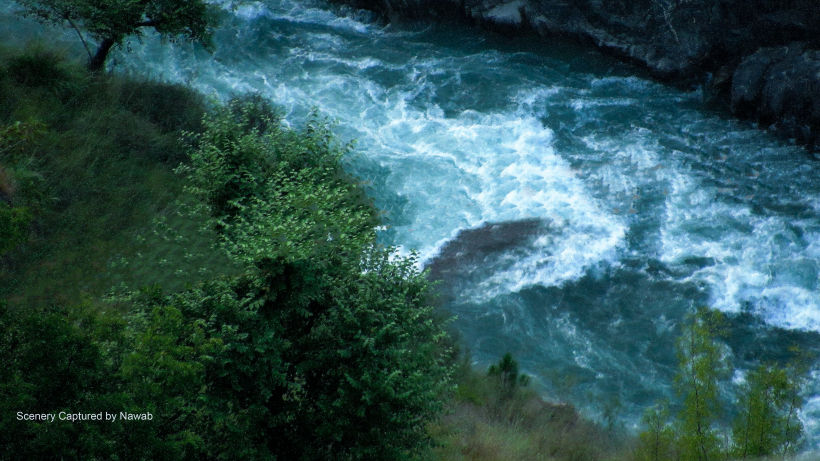 The weather in Mansehra is pleasant, not as hot as in Pindi and Abbottabad. We are all exceptionally energized as this is our first excursion to Naran, after travelling a couple of kilometers we entered Balakot city, a small town near Mansehra, now the River Kunhar is going in parallel to our highway. Since it was lunch time we requested the driver to stop at some riverside restaurant. After travelling a little we stopped at a resturant by the name “River Park” at the bank of river Kunhar. It was a decent eatery and as it was off season so the cook let us know that it will take approx. 30 min to serve. By taking advantage of that time we sit along side the river bank. We uprooted our shoes and socks and plunged our feet into the water, the water was perfect yet all that much colder. Since we have travelled such a long journey it feels too great by sitting along the river bank and feeling the smoothness and peace of the environment. After 30 min the lunch was served, we chose to sit along the river bank and have our lunch there, it was instantly organized by the inn staff. The food was extremely delectable and after lunch we proceeded with our excursion toward Naran.

From Balakot, we have started travelling in Kaghan valley. Kaghan is 160 KM long valley in the Mansehra District of Hazara in the Khyber Pakhtunkhwa Province of Pakistan, it is considered as one of the most beautiful valleys in Pakistan and is also most popular summer holiday spots for both Pakistanis as well as foreigners.

The Kunhar River with its crystal clear waters from the glaciers and the famous orange and pink trout fish pass through this valley and is consider the most prominent feature of this valley. The valley is also famous for its pine forests, alpine meadows, crystal clear lakes and cool mountain streams. Nestled along the banks of the river are the towns of Balakot, Paras, Mahandari, Kaghan and Naran.

There is a population some few kilometers from Balakot before Naran with beautiful houses, hotels and restaurants this area is also named as Kaghan. We stop at that place for a while, had the glass of cold and fresh water from the running stream, took some photographs and then continue toward Naran again. 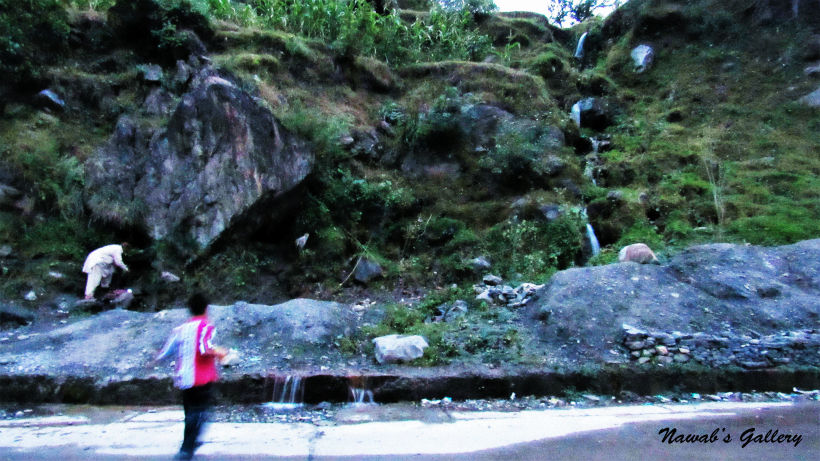 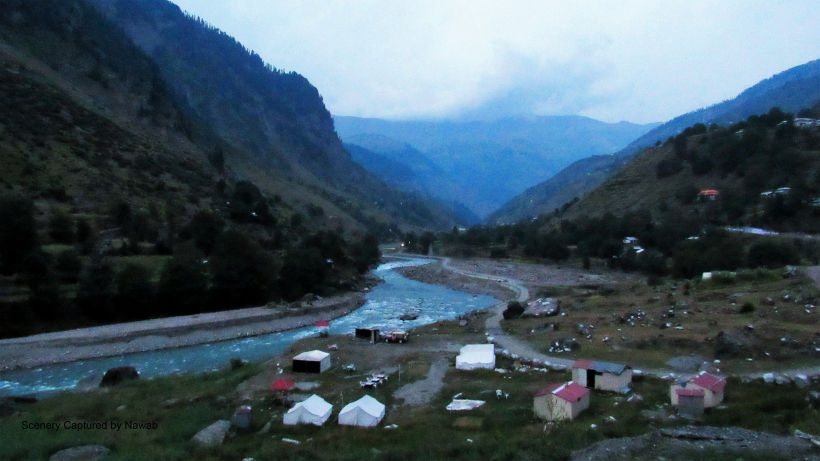 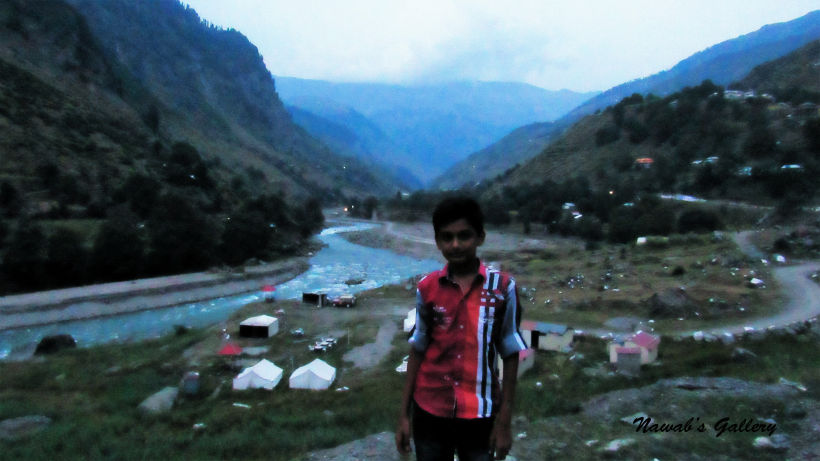 As we were moving up hills the weather has started to get colder and colder. After stopping at some spots for photography, we reached Naran at nearly 8:00 AM, the weather at Naran was very cold. As we have booked the Usman Guest House in advance, the taxi driver dropped us right at the gate of the hotel and hotel staff that was waiting for us immediately moved us to our room. The room was big and comfortable, there was no heater, but they have provided us with sufficient blankets. As we have been on the road since morning and travelled long distance we were all very tired, we immediately hopped in our beds and after discussing the today’s journey and planned for the coming day, we all slept. And that was the end of Day 1.