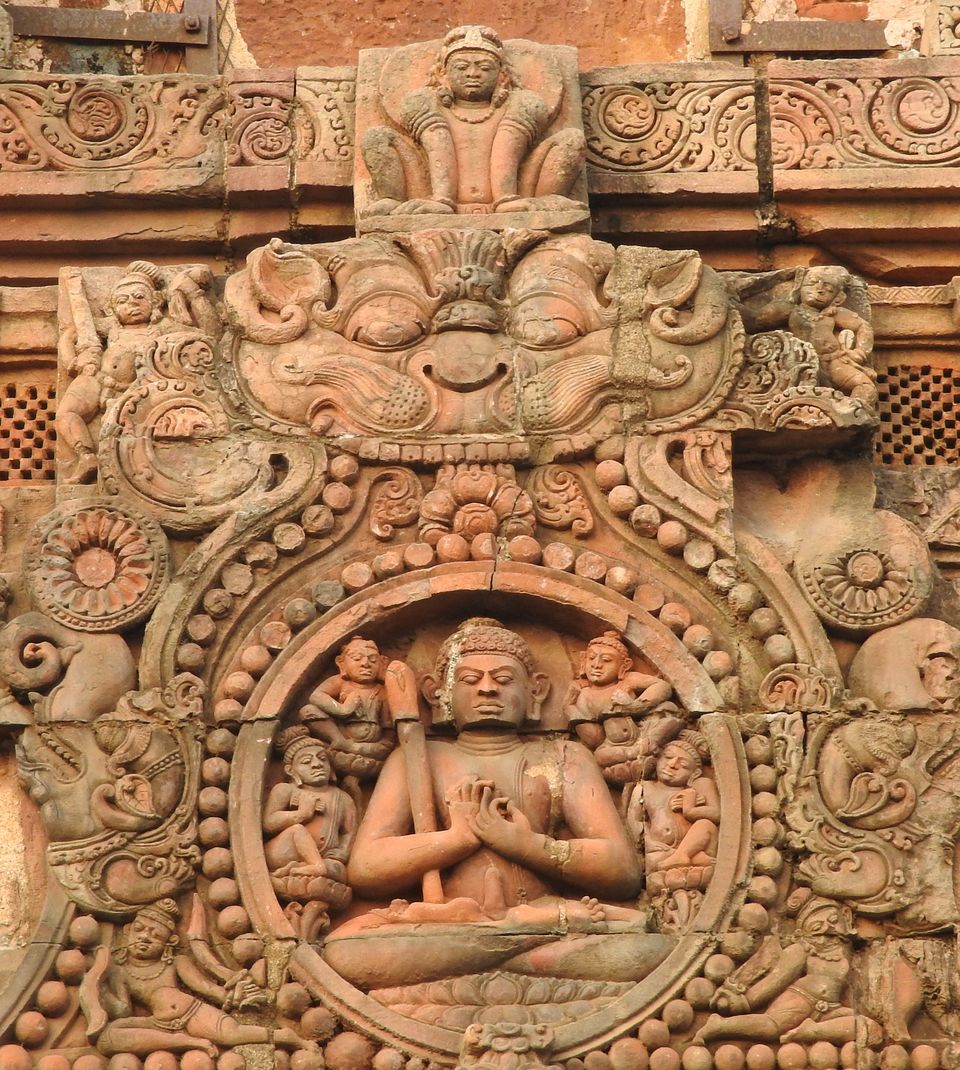 Before the advent of the Aryans in this land of holy rivers and the Himalaya, indigenous monastic ascetics or sadhus, practicing incredible austerities and possessing siddhis or occult powers, roamed this land, which is today known as India.

According to scholars, a wonderfully advanced civilization, whose remains are evident in the Indus Valley Civilization, preceded the Vedic civilization of the Aryans. This civilization, according to Alain Danielou, reached its peak in India between 6th and 2nd millennia B.C. The influence of this Dravidian civilization, was felt as far as Sumeria.

This pre-Aryan civilization followed the original Shaivite religion of Pashupati Sampradaya. This Sampradaya was further divided into various sects, including Kapalikas, Kalamukhas and Ajivikas. A seal was discovered at the Mohenjo-daro archaeological site of the Indus Valley Civilization , called the Pashupati seal (2700 BCE), which depicts a figure sitting in a Yogic posture surrounded by animals, with an erect phallus.

The secret esoteric knowledge of this Sampradays was kept alive and handed down by these ascetics living at the fringes of the society. It was through them that the knowledge of Yoga, Samkhya, Nyaya, Tantra and Mimansa gradually got absorbed in the Vedic religion of the Aryans. The Vira Shaiva or Lingayat of the Middle Ages was an attempt to adapt the Shaivic Pashupati Sampradaya to the prejudices of a Brahmanical society.

The Baital Deula or Vaitala (meaning spirit or ghost) Deola (or Devalaya, a place where idols are worshiped) temple is situated in an nondescript corner of old Bubhaneshvar. One look at the iconography on the outer walls of this temple, and it is clear, even to a layperson that this is a Tantrik temple. Among the usual array of deities commonly seen in temples dedicated to Chamunda in this part of India , there are sculptures ( I noticed at least two) of a Buddha-like deity with a mace in right hand and an upward standing phallus. He is the legendary Lakulisha mentioned in various Puranas. He is shown along with his four disciples - Kushika, Gargya, Kaurusha and Maitriya.

Lakulisha was an Ajivika, a wandering monk who had preserved the ancient occult knowledge. He restored Shaivism in its original form in the first century, re-established the pre-Aryan culture and re-united under Pashupata, the various Shaivic sects that had survived in semi-secrecy for centuries.

Lakulisha was considered by his disciples to be the last of the 28 manifestations of Lord Shiva. He is believed to have descended from a dynasty of non-Aryan priests called Jangama, and was apposed to Vedism, Buddism and Vaishnavism. He re-instituted the practice of sacrifices including human sacrifices and restored the respect for Hath Yoga and Tantrism and cosmological theories from the ancient Samkhya. He is normally portrayed as a naked yogi with a staff (lagud) in his left hand and a citron (matu-linga) in his right with his penis erect (urdhva medhra) either standing or seated in a Lotus posture.

He was the last representative of the primordial tradition. In this tradition the creative principal was worshiped in the form of Pashupati - the herder of all beings, animals, men, spirits and gods. It is a part of the Mimansa school which is concerned with the peaceful co-existent of humans with the natural and supernatural worlds.

In Mimansa, the temple, according to sacred architecture, represents a Mandala which is designed in sync with the archetypes and patterns of the universal and the human. The symbolism of numbers, the geometry of the Yantras, their orientation with the constellation of the zodiac, all play a vital role in inducing states of being and in aiding communication with gods and spirits (please read my previous post - ODISHA-III: The Oc-cult of Shakti ).

The Pashupati Sampradaya was an ecstatical and mystical Shaivism that accepted human propensities. It did not seek to control or codify but It aspired to bring about a balance in human nature. It did not deny the human body but used it as an instrument to reach the highest spiritual goal. It was a natural religion, close to earth and even closer to the heavens.

Danielou, Alain.1987. While the Gods Play: Shaiva Oracles and Predictions on the Cycles of History and Destiny of Mankind. Inner Traditions International. Vermont