Trip to the famous Temples of Angkor Wat

Our journey started at the bus stop on the Capital Phnom Penh, where we boarded what we thought was our $12 VIP bus, but turned out to be our $12 Hotel Bus. BONUS! we thought, a bed to ourselves (I was travelling with my girlfriend and her father)… This lasted about 10 minutes until we found out that the large “single” beds on the bus were in fact double beds. So my girlfriends father was stuck with spending the next 12 hours in a single bed with an unwashed Australian backpacker on Cambodia’s less than ideal, bumpy dirt roads.

After a fairly rough sleep we made it to our destination, Siem Reap where as usual Tuk Tuk drivers were waiting to take everyone to hotels, guest houses or on a dawn tour of the temples. Of course I had a friend who I wanted to meet for the local insights into the area, so we took a Tuk Tuk to where I thought that he worked. A few hostels later and I finally found someone who knew him, and of course he’d quit before christmas and heading back to NZ, but was now living in an apartment in the city, and of course wasn’t answering his phone.

So we took the nearest guesthouse that wasn’t cockroach infested that we could find, argued with the rip off Tuk Tuk driver (wanting to charge extortionate rates for a tour) and reception staff, and then ventured off to our rooms to wash and attempt sleep.

Starting to get hungry an hour or two later we went into the main town and found an amazing cafe Sister Srei, which was run by an Australian woman and made quite possibly the best Western style food I’ve tried in South East Asia.

We then went looking for a Tuk Tuk, of which all tended to charge the same price ($12-15 USD for the day) to take us on a “short” tour around the temples. There are around 5 main temple areas to visit, of which the most well known is Ankor Wat. We explored the temples, with massive stupas, different levels and even ones where trees had literally taken over and grown through the stone walls, but due to the complete lack of sleep, and children begging everywhere we were starting to feel tired.

We decided to make one final stop on the summit of a hill overlooking the temple sites, but didn’t last until sunset like most tourists do. Grabbed loads of pictures and made our way back to the Guest house for a well deserved sleep. A few hours later we caught up with our Kiwi mate Paul, who we were supposed to meet in the morning (It turns out he was busy watching Lord of the Rings). He showed us around Siem Reap’s “Pub Street” and how to avoid the local touts and scammers (most of which are trying to sell marijuana, or involve a “milk scam”) and the various pubs and night clubs (including a rooftop skate park). We took advantage of the cheap (75 US Cents) beer and Mexican food available.

One day probably wasn’t enough for the town, but due to flights we had to make our way back to Bangkok, which we did by Bus. The border crossing was terrible, and the entire journey back was somewhere between 3-4 hours late due to my girlfriends fathers Maltese passport requiring a Visa upon entry into Thailand (even though it was EU) and the minivans turning up late. If you have the money we definitely recommend flying. All up though it was an amazing three days in Cambodia and I’ll definitely be back. 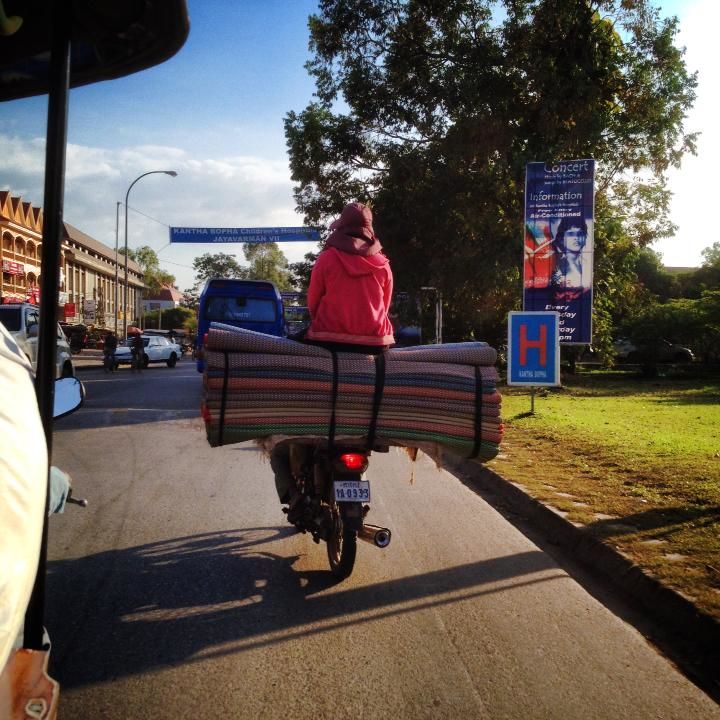 If you are there, make sure you try their BLT sandwich, its amazing! 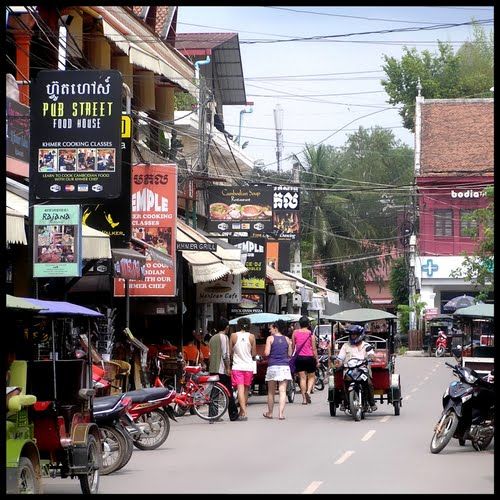 Words simply do not do these temples justice, which are carved out of heavy stone, in the Jungle. 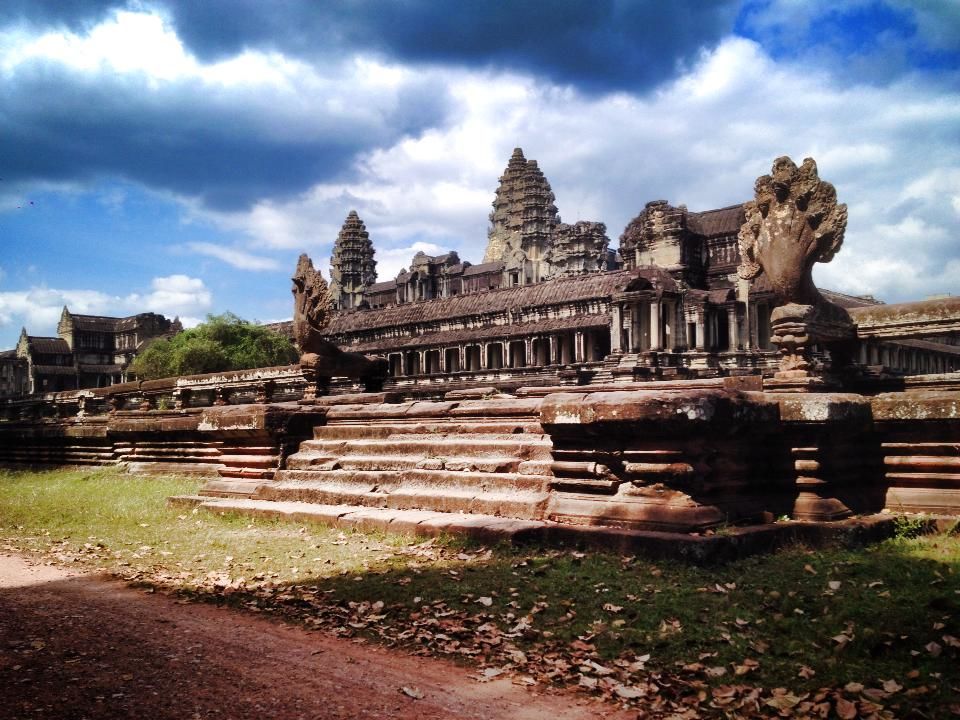