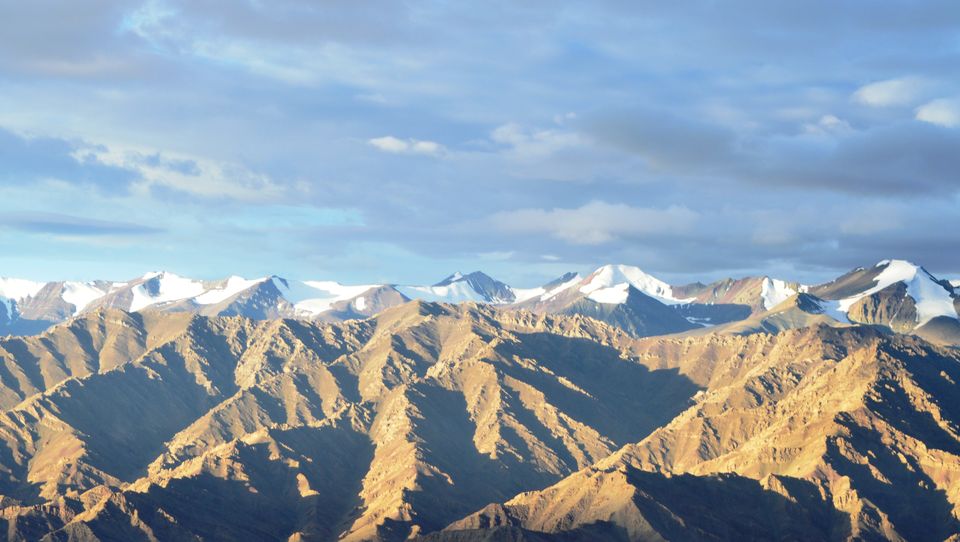 Some places we plan to go our whole lives but barely make it, and then there are places where we are just destined to go. Leh happened to be the later one for us. It happened in a fraction of a moment. The morning started as a normal monotonous day and in the evening we were on our way to Leh.

We were on an early morning flight to Leh from Mumbai. After 2 hours 45 minutes, having travelled 1079 miles northward and 11550 ft upward we stepped out into the former capital of Kingdom of Ladakh – ‘The land of the passes’. As we stepped out from our flight at Kushok Bakula Rimpochee Airport, the chillness in the air and the altitude of the place hit us immediately. Hearing of heartbeats, finding it difficult to catch breath and chattering of teeth are symptoms that you are in the high altitude of Leh. It is recommended to take rest for one complete day before hitting the roads, so that the body gets accustomed to high altitude.

After the recommended rest, we ventured out in the local market of Leh in the afternoon. There are many eateries dishing out local Himalayan delicacies. Don’t miss out on trying Thukpa, Tigmo,or the Yak cheese locally called as Chhupri. Also you can sip to a Qahwa, it contains saffron and cinnamon that help keep the body warm. Another thing not to be missed is the butter tea. The tea is made with butter and salt. It is not served everywhere; the tea looks pink and tastes salty. The butter helps keep lips from getting chapped in the harsh cold weather and the salt helps to stay away from altitude sickness.

After spending some time in the local market, we were headed for the place which is the confluence of river Indus & Zanskar. The confluence at the backdrop of the mountains makes for an amazing sight. One can see the different colours water mixing. We were not able to do river rafting due to lack of time. After spending some time here we went to Gurudwara Pathar Sahib. This place has a very interesting folklore attached to it. We had a cup of tea and were compelled to drink another cup because of the sheer taste of it.

Then we were headed for The Hall of Fame museum in Leh. Two rooms of this extensive, well-presented museum look at Ladakhi history and culture. But mostly it commemorates the Indian Army’s role in Ladakh, from helping with cloudburst relief in 2010 to the high-altitude battles fought with Pakistan during the 20th century. This building consists of two floors. While on the ground floor, there is information about the brave soldiers but on the first floor, there are artifacts of various wars (mainly Kargil war) such as the weapons used during the war and some important documents, related to the same. There is another section dedicated to the Siachen glacier. There is a war memorial in memory of the soldiers who fought the 1947 war.

After witnessing the last call ceremony at the war memorial, we visited the Spituk Monastery before calling it a day. The monastery contains a giant statue of Goddess Kali and is around 5km from central Leh, incongruously perched overlooking the Leh airport runway. 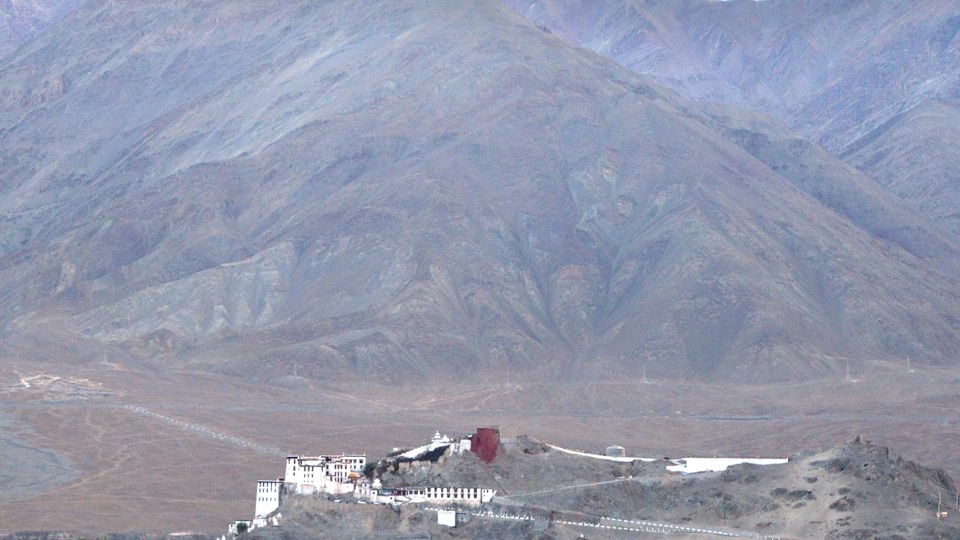 Once in Leh, the most important part is to get acclimatized. Thus take rest for a full day and don’t be in a hurry. Don’t walk around too much. After the first couple of days most healthy people adapt.

Do not drink alcohol. If you feel sick, take medicines which you should get prescribed by your doctor before you travel. Drink lots of water. Keep a litre of water per person in backpack when travelling.

Plastic is officially banned in Ladakh.

SPONSORED
Want to book a similar trip?
I accept the Terms of Use and Privacy Policy of Tripoto.
SPONSORED
Related to this article
Weekend Getaways from Leh,Places to Visit in Leh,Places to Stay in Leh,Things to Do in Leh,Leh Travel Guide,
Tagged:
#Leh#monastery#pilgrimage