A house that is haunted by the ghost of a lady 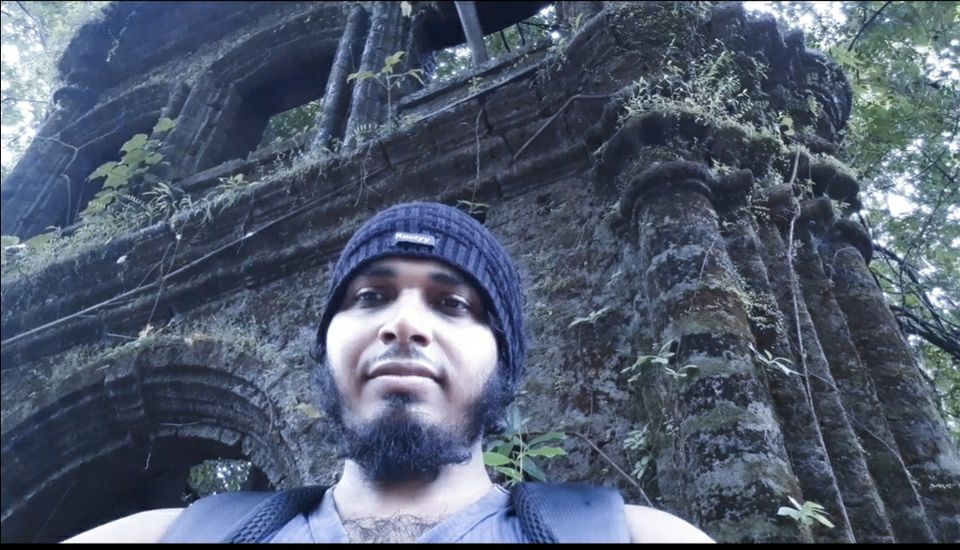 "A house that is haunted by the ghost of a lady as per the lore she was seen by a bishop who was crossing the village he fainted on seeing the strange apparition and woke up next day screaming her name." This was the story that surrounded the village about this demolished stand alone house that is hard to miss by anyone who goes past the village of Camurlim.

It had been a hard quarantine period being indoors for months which had wanted me to do something thrilling. Also I have always been the kind of person who likes to get the adrenaline up.

"A house that is haunted by the ghost of a lady as per the lore she was seen by a bishop who was crossing the village he fainted on seeing the strange apparition and woke up next day screaming her name." This was the story that surrounded the village about this demolished stand alone house that is hard to miss by anyone who goes past the village of Camurlim.

It was 2 Clock in the afternoon on a Sunday and I was ready for the 40 minute ride which would take me to the village of Camurlim. The weather was cold as it had been raining for almost a week and I could feel drops of rain falling on my skin as I was trying to kick start my bike, it was definitely going to rain but I was not going to cancel my visit to Camurlim, I had already made up my mind.

So after few minutes I managed to start my bike and was riding towards my destination. All along the way I was getting hit by heavy drops of rain on my body which actually made me cold and also my ride uncomfortable. But this was not the thing that was going to stop me.

Camurlim is a very picturesque village naturally set in a quiet backdrop of paddy fields with the Chapora river flowing steadily along the palm lined banks. It was a beautiful quiet place and there weren't many people on the road. This was the farthest point that the google maps could take me, but to find the haunted house I had to ask around. I stopped my bike and was looking for people but I couldn't find any, nor there were any tea shops in the vicinity. I was wondering how would I find this place without directions from a local while I was thinking this over in my head I saw three women walking towards where I was standing. So when they came close enough I went up to them and asked them about this haunted house. It was a very awkward moment as I could see from their reactions that they were not comfortable talking to a stranger who is standing in the middle of the village all drenched in rain water and mud.

I walked back to my bike and started looking around for someone else. Ten to fifteen minutes had passed but not a soul walked past me. I was starting to get restless so I got back on my bike and started riding along the road not knowing where this would lead me and to my greatest surprise after twenty minutes of riding along the road I saw this half demolished building on my right. I knew at once this was the place so I parked my bike on the opposite side of the road and took a good look at the house.

The house looked like it was at least 200 years old or even more. Most of the mansion had been destroyed over years and only the front part of the house with half broken walls and high windows w was still standing but in a very bad condition.

It felt creepy and I could feel that my body was feeling more colder than I was a few minutes back. I pulled out the camera from my backpack and started walking towards the house without a second thought. As I was about to enter the place out of nowhere a man called out to me from behind and that was the moment which shook me. All this while I was looking for people to give me directions and I couldn't find a soul but now there was this guy probably a local villager who just appeared behind me. I looked behind my back and he was saying something to me but I couldn't follow his language and from my face he figured that out and asked me if I spoke English and I said yes.

He told me this place was not to be entered into as the villagers believe this to be haunted and it is not good for the people of the village as there have many instances where people have seen a ghost of a lady walking along the windows of the mansion and shouting at people who walk past the place. Also this place is filled with snakes and many who tried to enter have been bitten and have eventually died and he just walked away.

I was just one feet away from entering the house and what he told me hit my head strongly and now honestly I felt a sharp chill pass along my body which made my hands and legs shiver. Should I turn back and leave now or should I go forward and enter the place?

Being myself the latter option was my thing and yes I did enter the old house that is haunted by the ghost of a lady.

Check out the full video in the below link 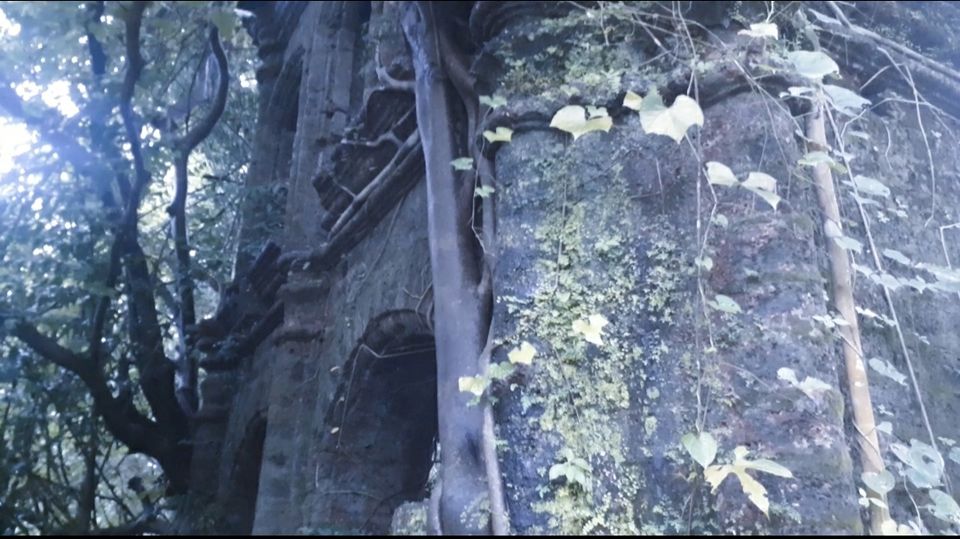 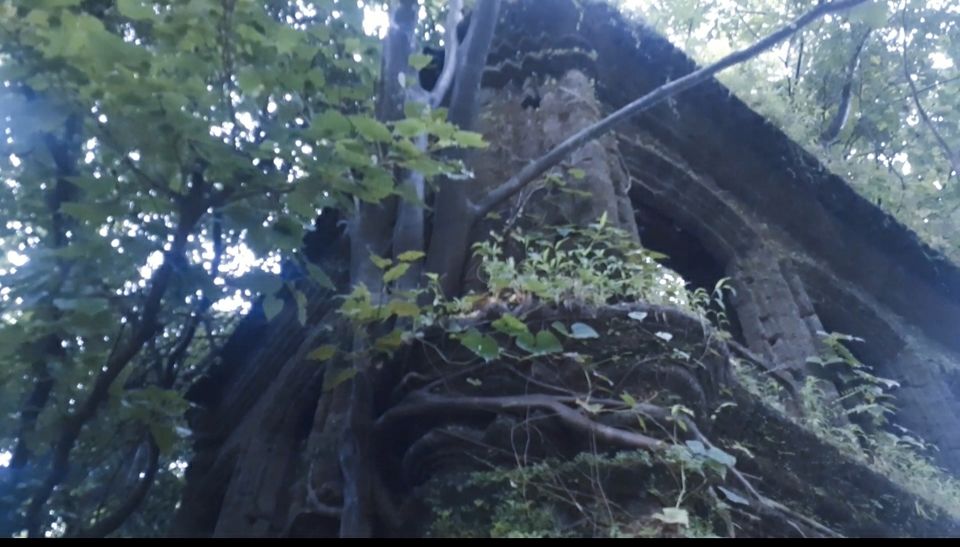 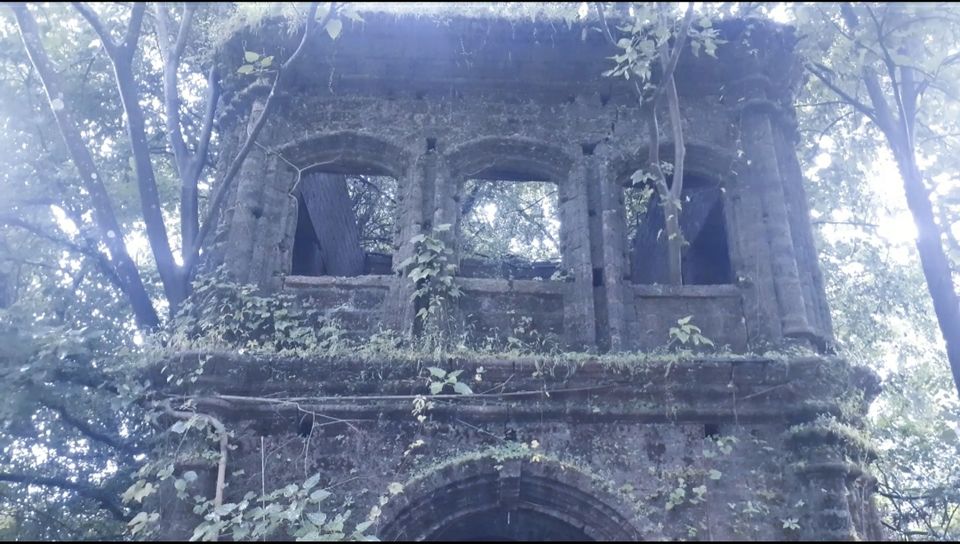