The Ghosts of Dukhani- A Lovely House in Shimla Hills 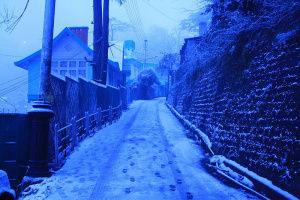 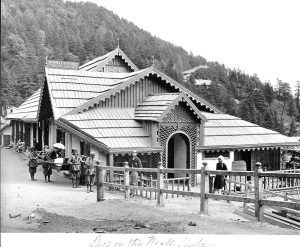 There is something mysterious in the cold airs of Shimla which make the hilly region a favorite place for a number of ghosts. These hills are known to be the home of a number of British ghosts. Large mansions and bungalows which were occupied by British officers during the time India was ruled by them are still occupied by their ghosts. Time and again they prove their existence to the brave hearts who occupy these houses. One such sprawling house that still exists in the beautiful hills of Shimla is Dukhani.

The bungalow was owned by an old British man called Buck or Bucky who stayed in Delhi. He used to hold occasional weekend parties at Dukhani. Sir John Smith who was a close associate of Buck was a regular visitor of his weekend parties. On a single occasion, Sir John Smith and his wife had to stay at Dukhani to spend the night. Due to the problems of accommodation, the sexes were differentiated and Sir John had to accommodate himself in Bucky’s room which was located in one of the oldest parts of the house. To his agony Bucky was a loud snorer. Since he was very tired, he went to sleep within a few minutes of hitting the camp bed oblivious of Bucky’s snores.

In the middle of the night, he woke up suddenly due to the flapping of the curtains due to blowing wind. He saw the room was lightening up by the filtering moonlight through a window that faced the garden. He spent a few minutes thinking if he should get up and close the window but since he was very tired, he decided to hit back his sleep again. Suddenly he saw an old man with grey hair, wearing a dressing gown. It was natural for him to consider the old man as Bucky and asked him to shut down the window. As soon as he said this, he heard a loud snore from another corner of the room and to his horror, it was Bucky sleeping there. Sir John tried to reach the old man, but he retreated outside the window and disappeared into the garden. He even went to the garden behind him but didn’t find anyone but the old and lonely look on the face of the old man didn’t let him sleep for the next few nights.

He made an enquiry about his experience from the locals and was astonished to find that an old man wearing a dressing gown had shot himself some 40 years back in the same room in which he had seen him. It was probably the ghost of that old man only that he had seen that night.

It is the curiosity invoked by these ghost stories that attracted the high profile story teller Rudyard Kipling to the hills of Shimla, who spent a considerable part of his life here and exploring several haunted stories prevalent in the hills.