How to Reach there: Either Take a bus from Delhi to Bhuntar get down there and take a local bus or taxi from there to kasol and then take a cab from there to Tosh or go by a taxi from delhi to Tosh.

A small village of Himachal famous for its culture and mainly for fresh weed. I planned a four days trip from Delhi. one day spent at Kasol and then we moved to Tosh. I spent two days and one night in Tosh valley. Snowfall was forecasted in that period thus we booked a hotel on the bank of parvati river and the view was totally mesmerizing; Snow capped mountains, flowing river, grazing animals, oak and pine forest. Everything was as beautiful as I have imagined during getting here. I had already searched for cafes and restaurants in that village. After freshened up we started climbing up on the mountain in search for pink floyd cafe, it was an easy and short trek but amazing. We reached there when the sun went down and moon came up and they have techno music played on. They serve continental food (not good in comparison of Delhi but good for Tosh's that cold night). We enjoyed the food, the ambience and then came down to our hotel.

Hotel staff had arranged a bon fire on the terrace where our rooms situated (yeah we booked our rooms on the top most floor of hotel so that we can enjoy the weather and the snow fall if it happens). We were chattering and enjoying the tea and music(on the bluetooth speaker which I carry with me on every trip) then all of a sudden there were small snow flakes started floating in the air coming down somewhere from sky. I can not express that feeling in words (I am from Rajasthan and that's not a usual event for me). The size of snow flakes increased and turned in the size of cotton ball First time in my entire life I touched the fresh snow.

Next morning, when I woke up I saw a totally different and breathtaking view in front of me. The mountain in front of hotel was fully covered with snow and it looked like someone pressed the pause button in that village: animals,Birds and even the tap water. The only flowing thing was the water of Parvati river. So it was a morning i will never forget. We had a plan to go on Kheerganga trek but due to snow fall that trek got closed so we decided to leave for Manali. But due to some malfunctioning in our car engine we stayed there till it repaired. so we treked down to Barsheni from there. Due to snow fall in the village so many people came up from Barsheni. Tosh was serene and peaceful place till last night but just a snow fall turned it into a party place. Everyone was happy.

Pro Tip: Weather forecast is a must thing to check before you go on a trip.

Always Fill the fuel tank of your car after reaching in mountains because they have a different mixture. 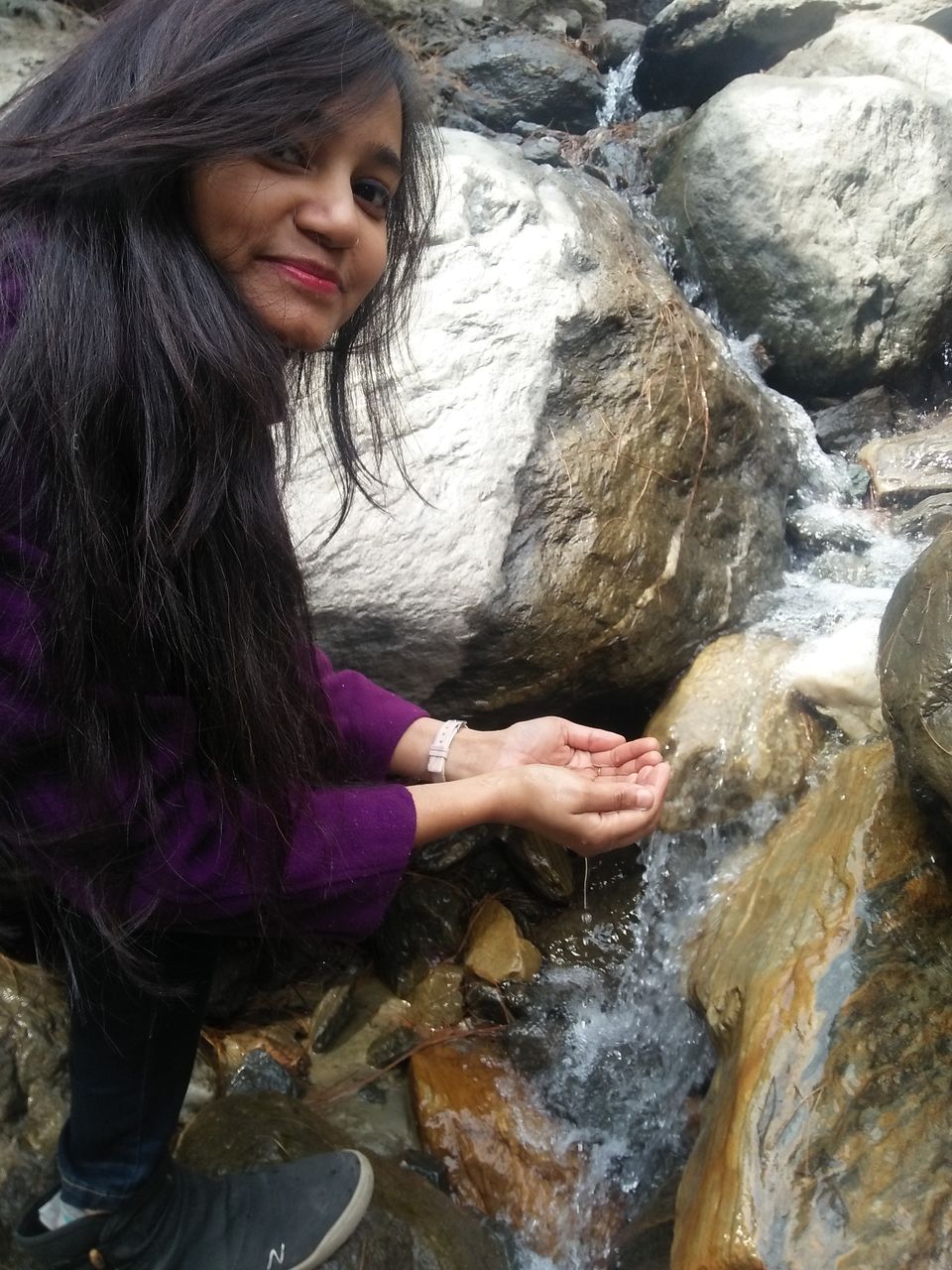 frozen river : water is more blue than I have ever imagined 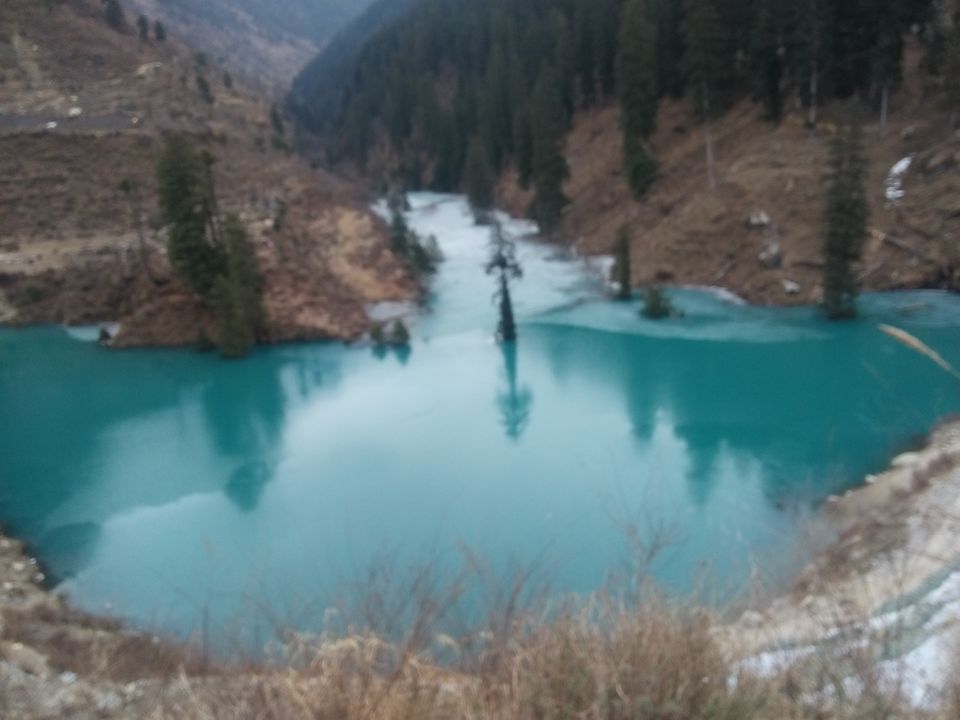 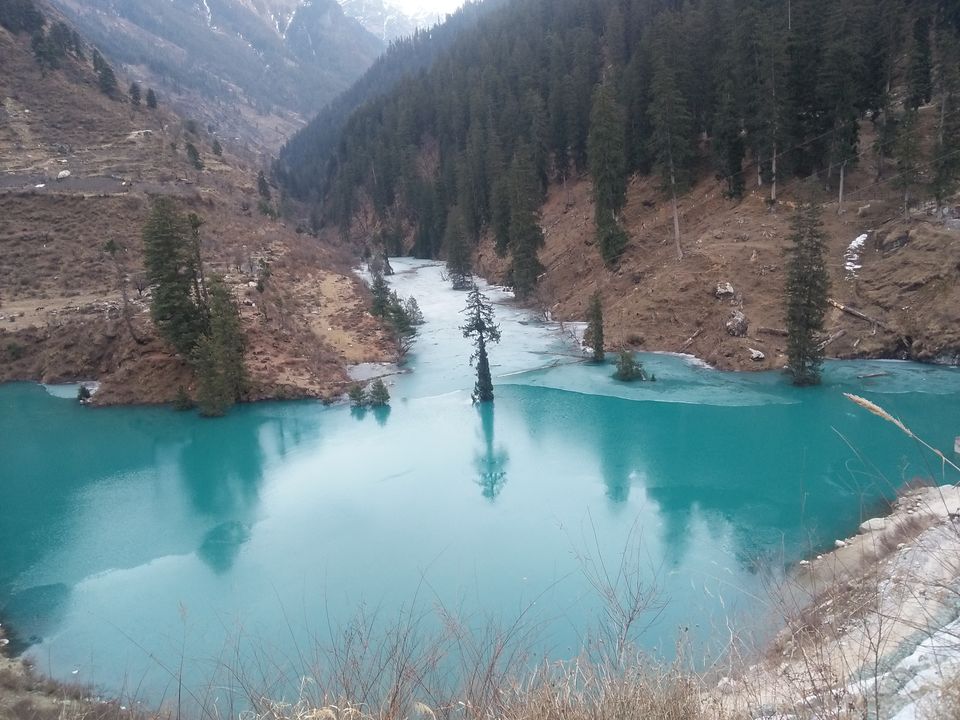 A perfect scenery with river, mountains, Trees, footpath and houses 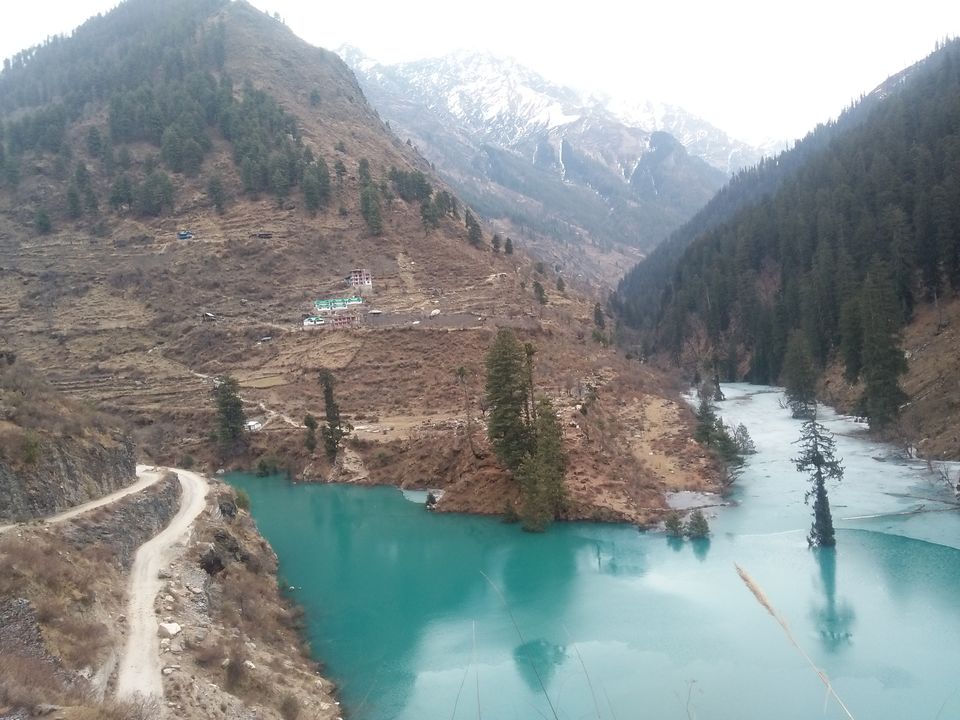 water is flowing down from almost every mountain 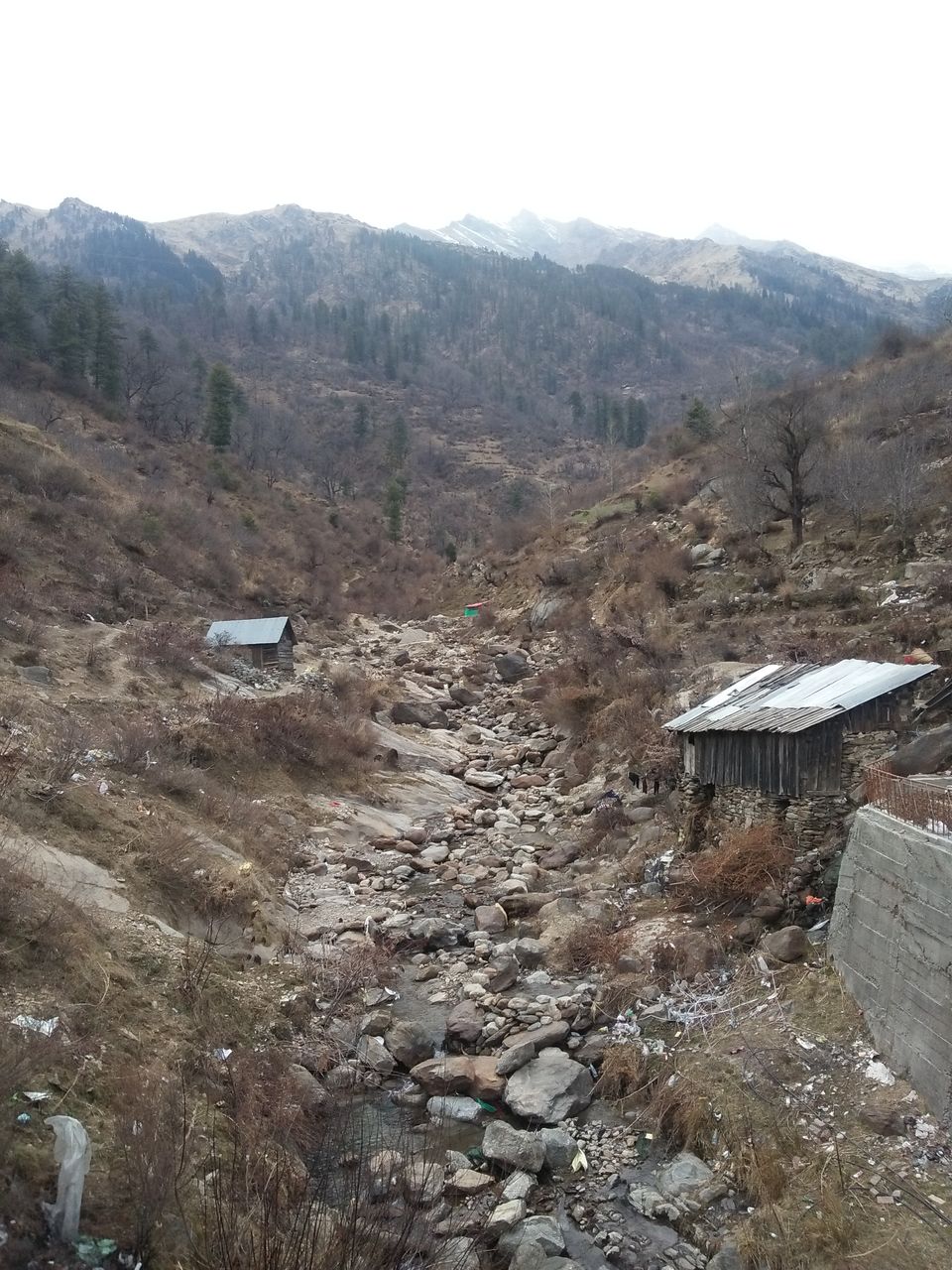 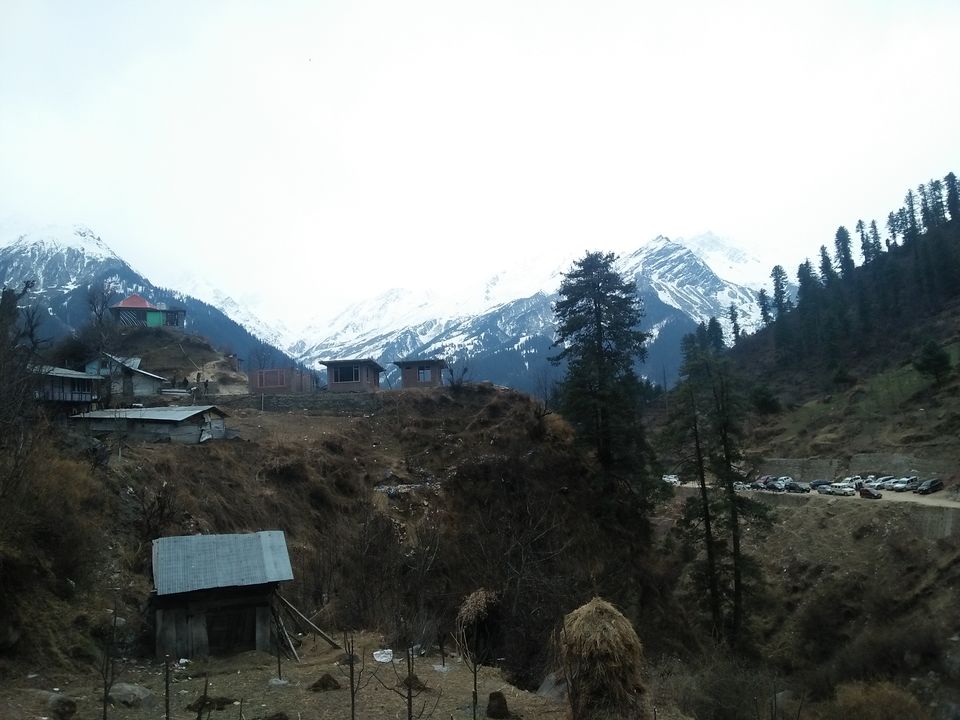 Mountain in front of hotel 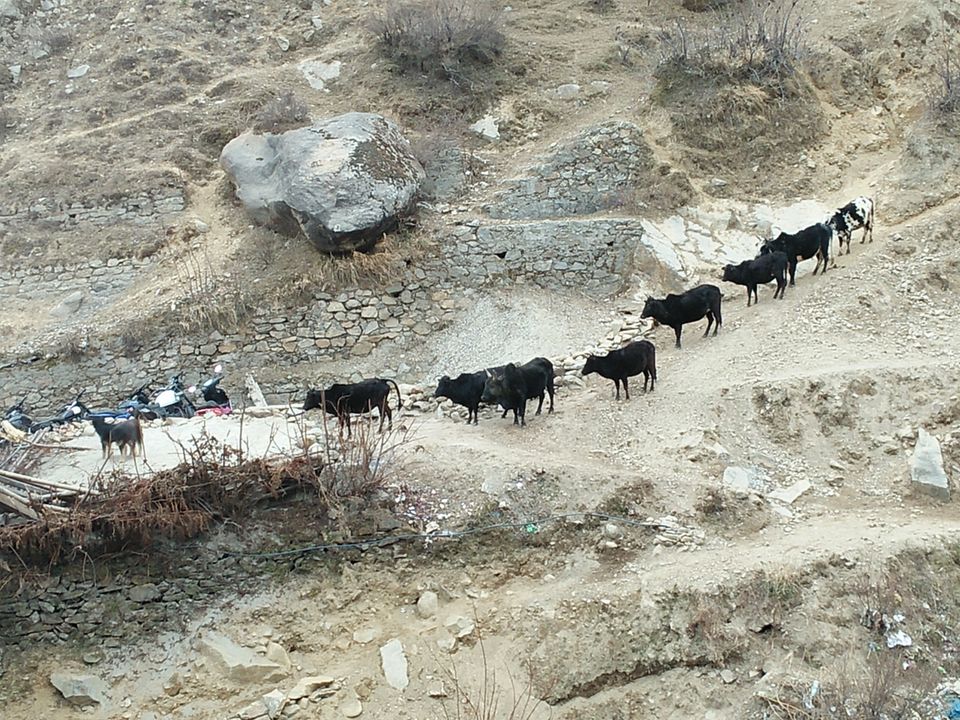 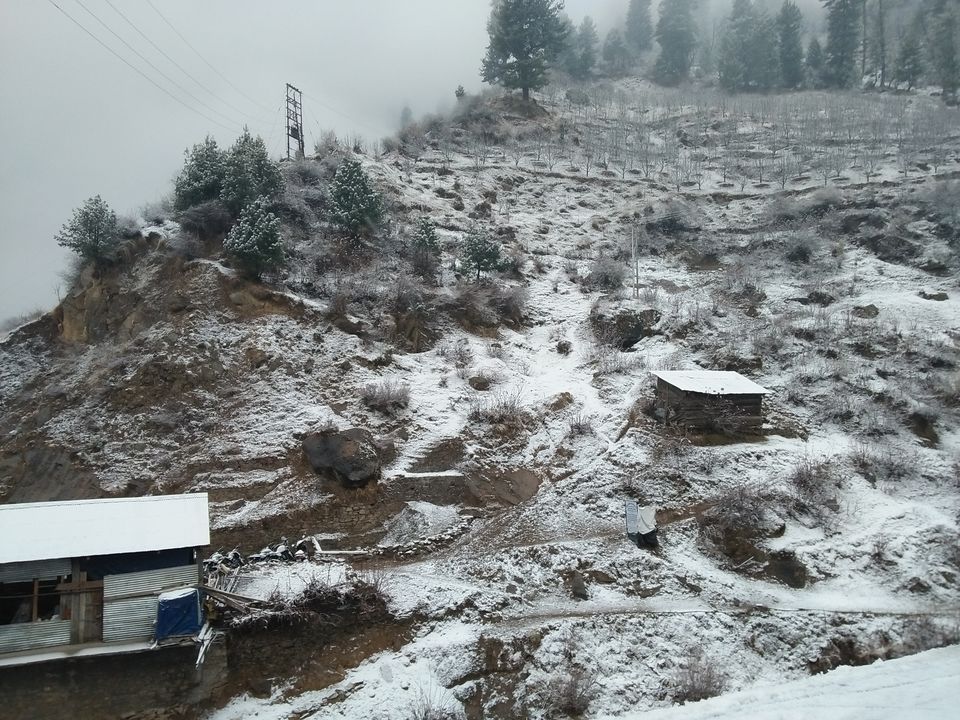 Everything got covered with snow 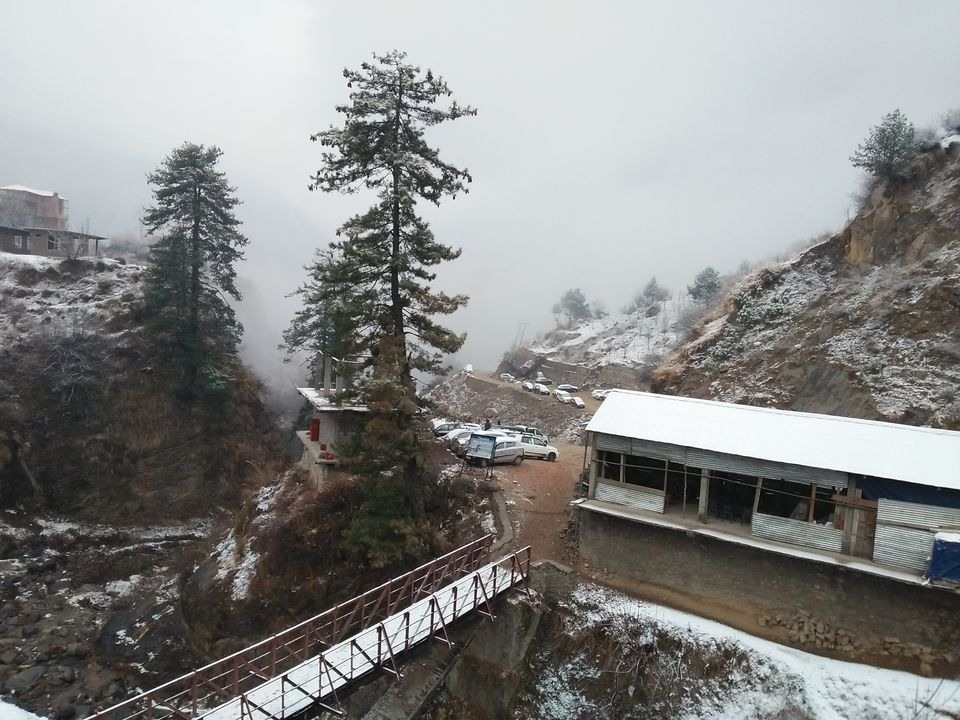 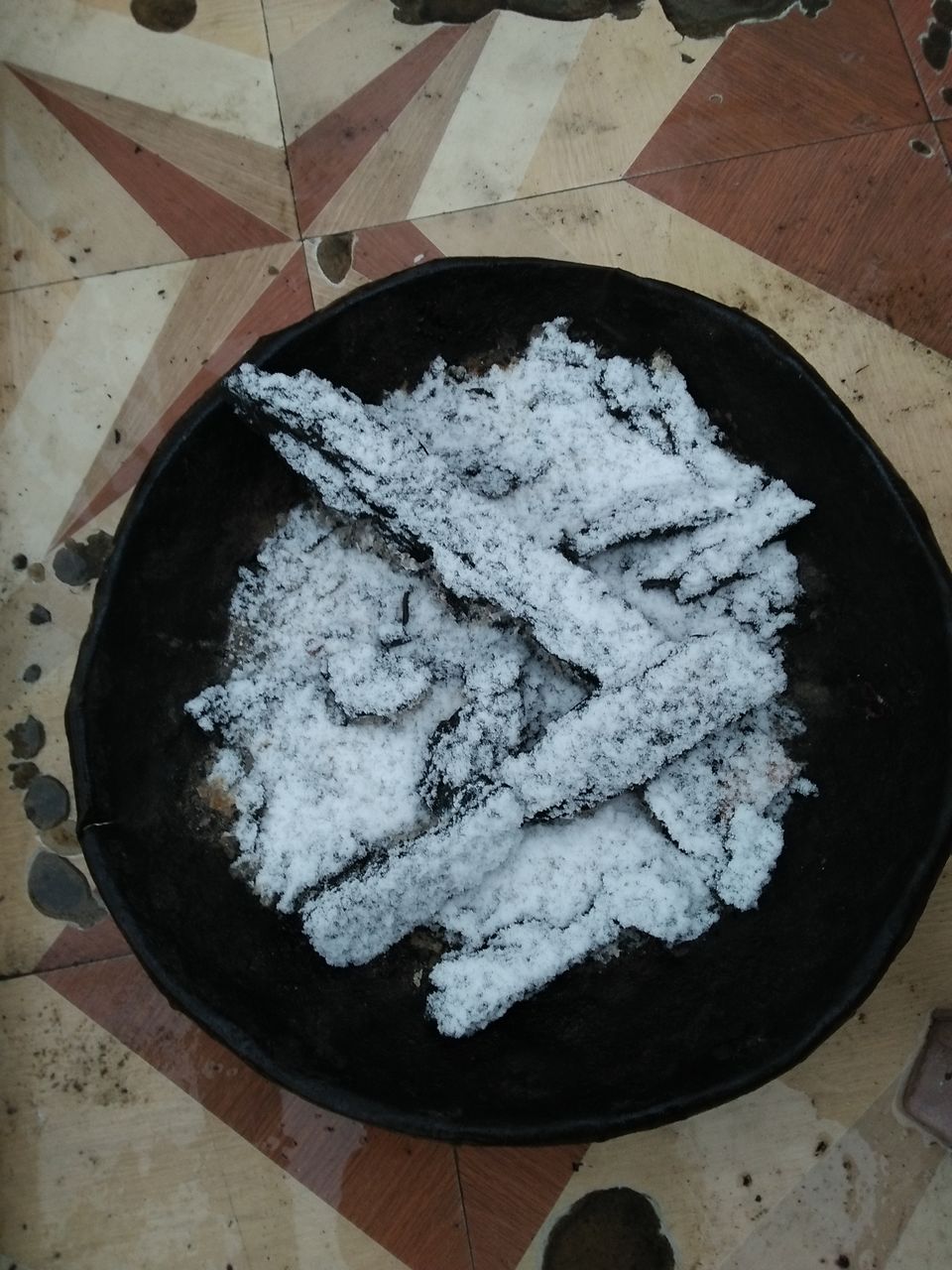 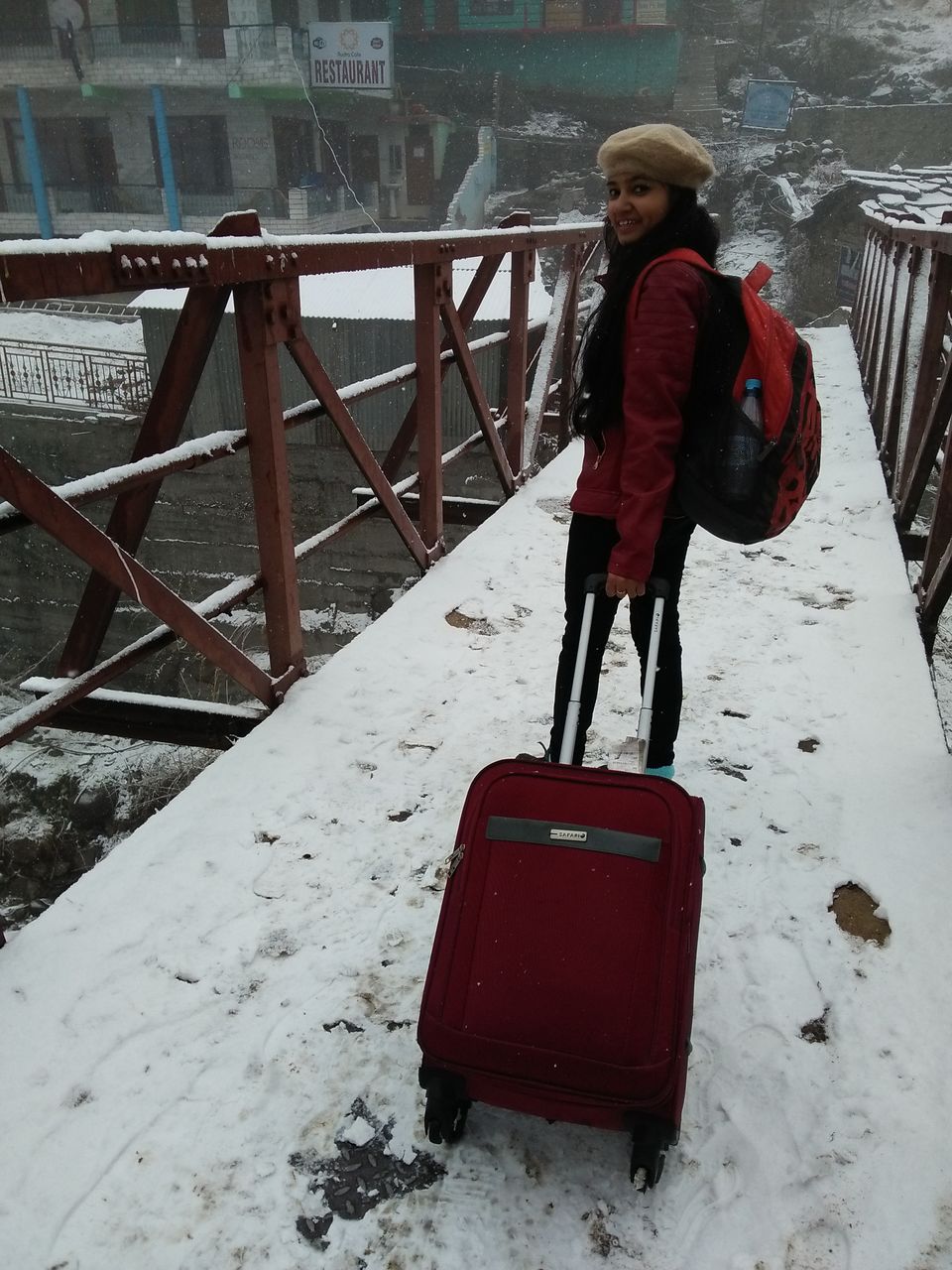 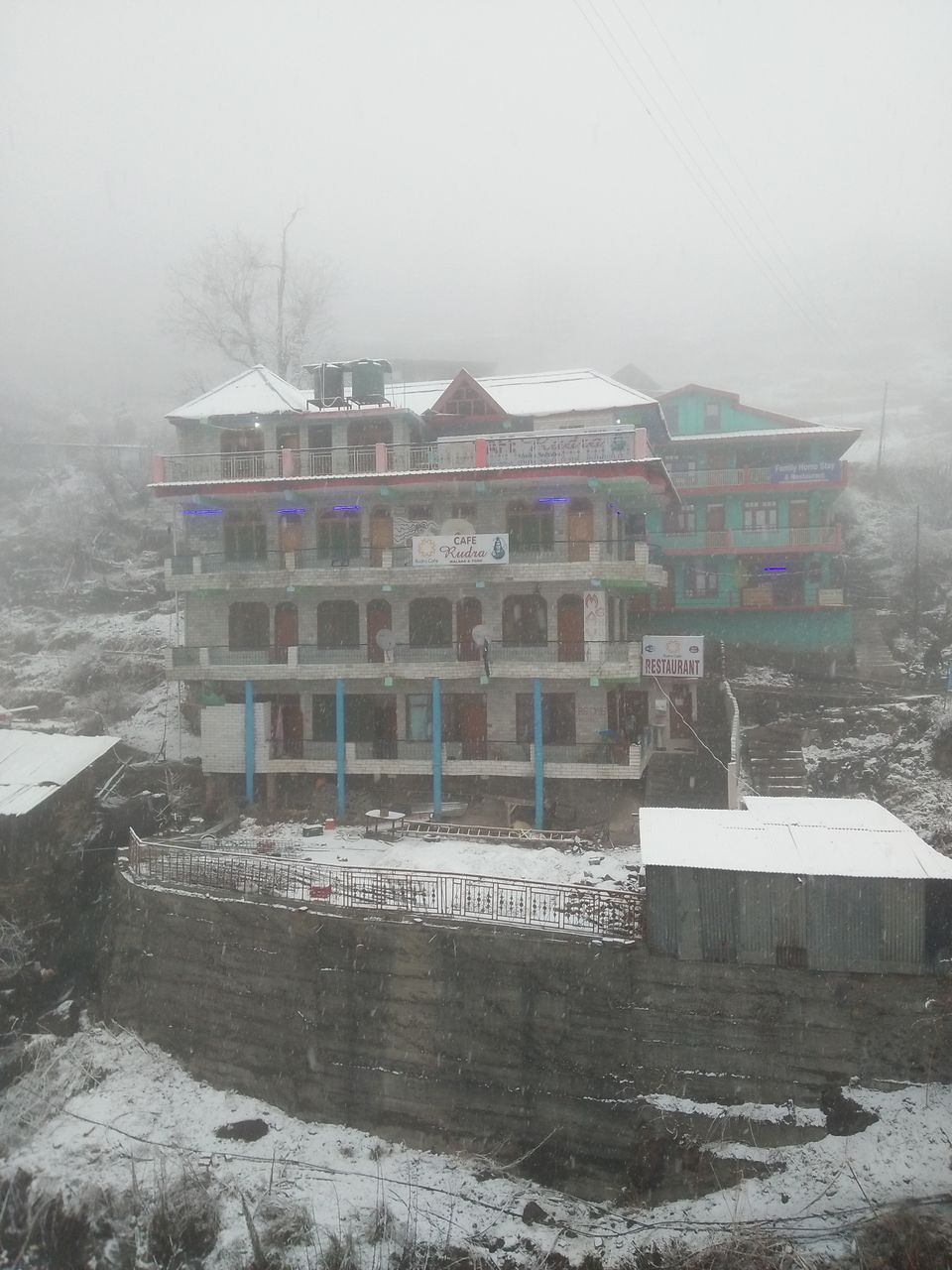 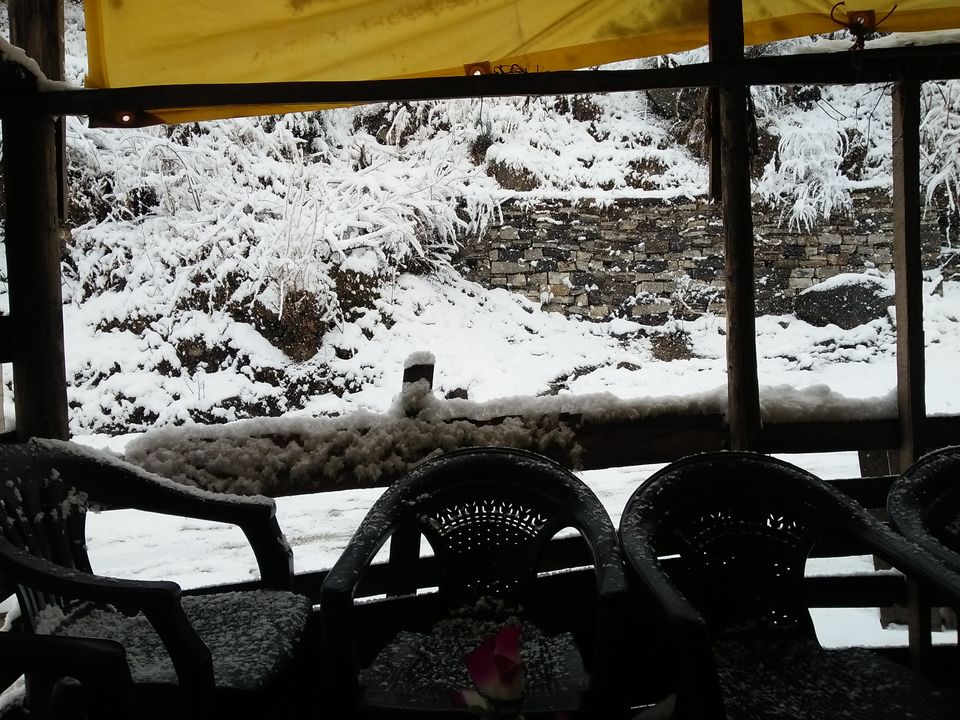 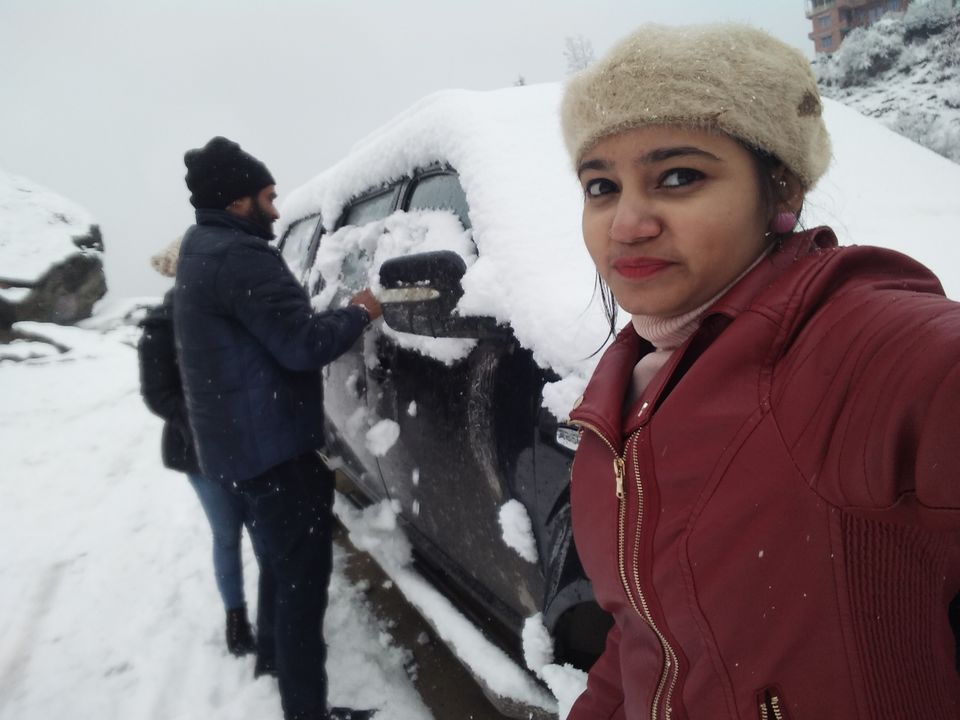 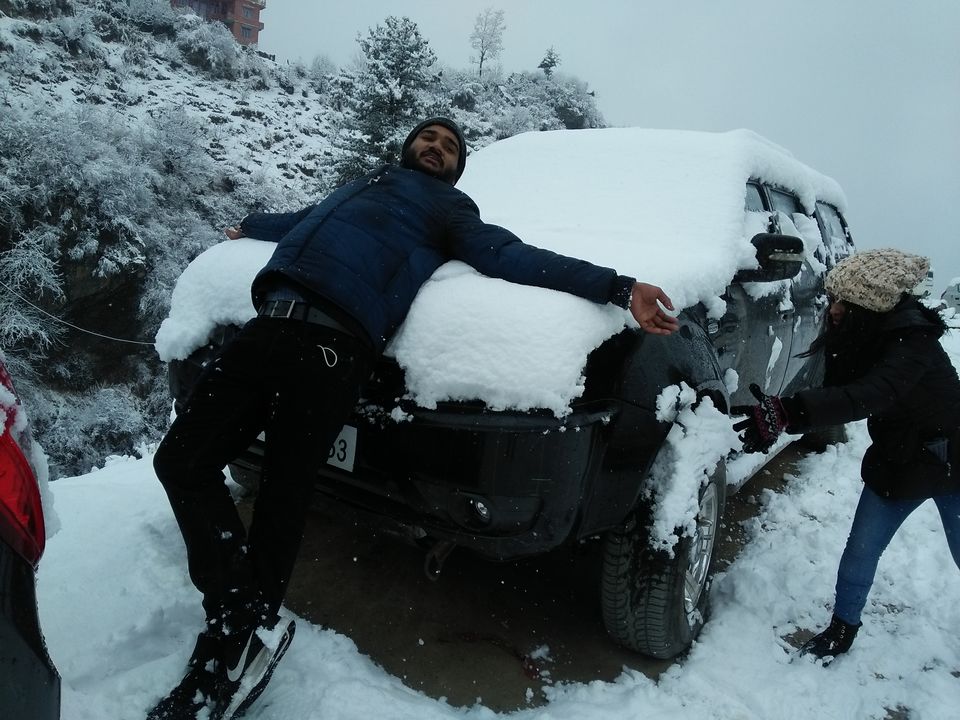 Breathtaking view can be use as wallpaper 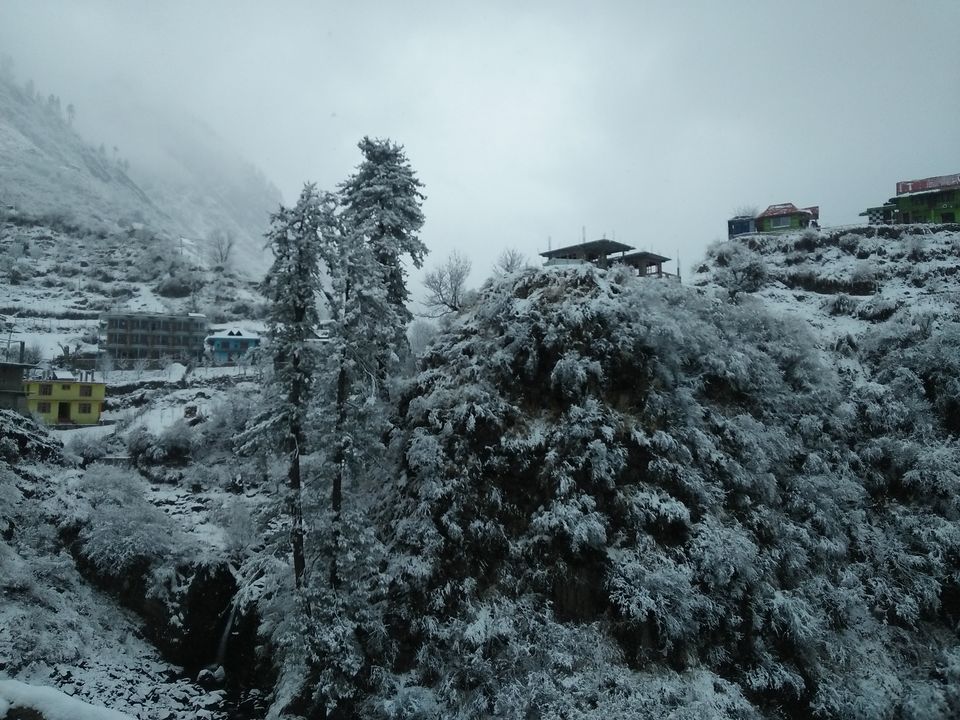 Tin box can be used as chulha 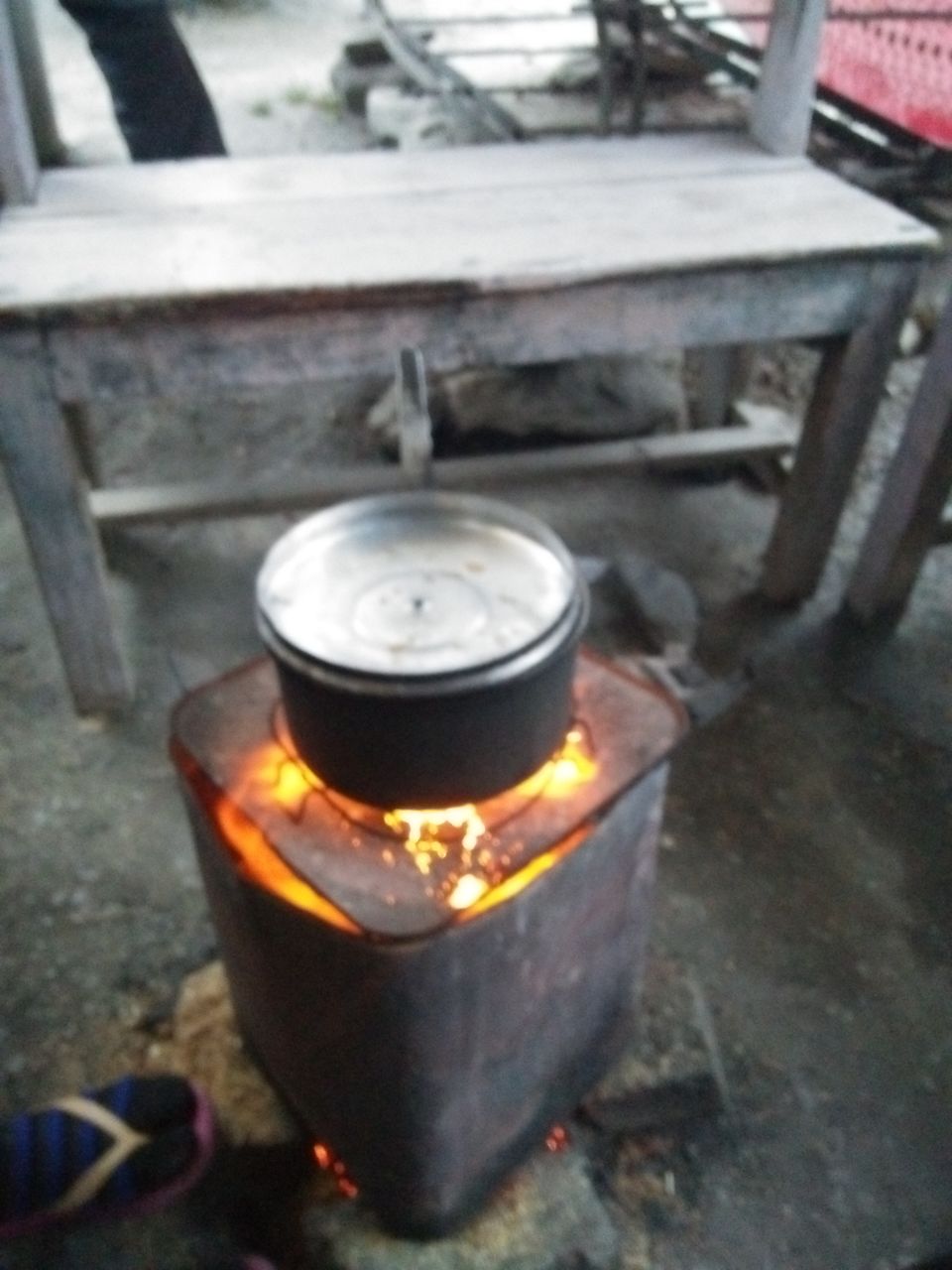