Your Guide to Fairs and Festivals in Punjab 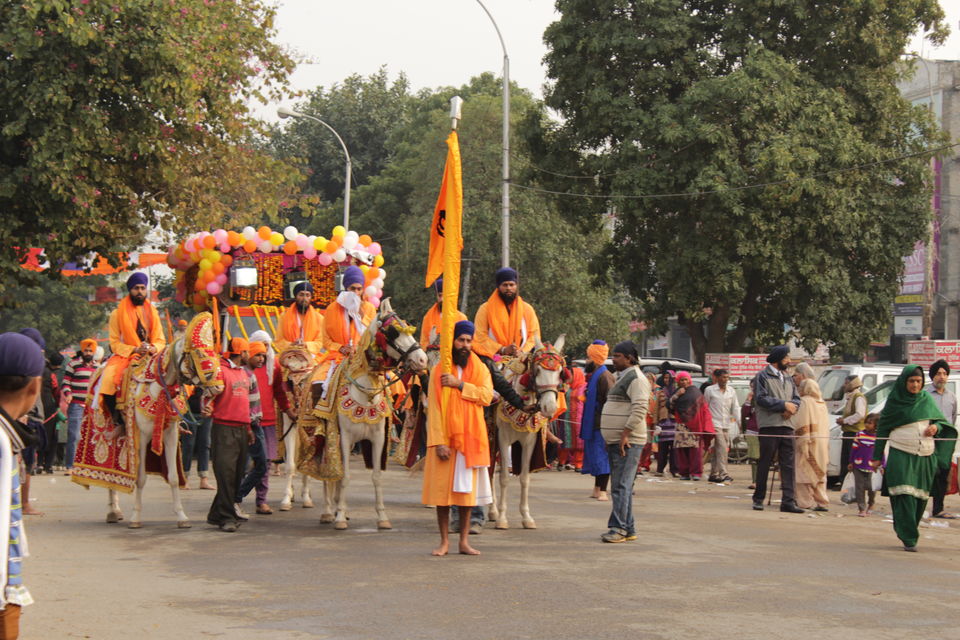 Punjab is the land of five rivers, the enchanting DDLJ yellow mustard fields, gregarious people(trust me Punjabis can talk to anybody) and the birthplace of the youngest religion (Sikhism) The spirit of Punjab comes to life through melas and teohars. Melas have always been a part of the Indian subcontinent. Cultural, sports, religious or commercial melas are a very good way to capture the soul of the place. There is a saying in Punjabi which loosely translates as ' At the times of a fair, all men and women become the bridegroom and the bride respectively, no one is a baraati'. Which means that you cannot just be a mere participant in the festivities, you are literally are the main hero or heroine in it. Here is a list of the main fairs and Melas across Punjab. Do visit if you get a chance to.

The festival of light is celebrated with great fervor and gaiety in Punjab. Amritsar is where we mostly head for Diwali. This day is of historical importance for the Sikhs as on this day Guru Hargobind Sahib ji, the sixth Guru of the Sikhs reached Amritsar after his release from Gwalior Fort during the reign of the Emperor Jehangir (also referred to as Bandi Chod Diwas). A Punjabi adage which eulogizes the Diwali celebrations at Golden Temple is 'dal roti ghar di, Diwali Amritsar di' which means Diwali here is unparalleled.

Punjab, being the food bowl of India comes to life at the time of wheat harvesting. The festival of Baisakhi celebrated on 13th April every year marks the new year day by Saka Calendar. For the Sikhs, the day has significant religious importance as Guru Gobind, the tenth guru of Sikhs, formed Khalsa Panth at Anandpur . The Sikhs were baptized on this day and led to the creation of the Panj Pyare, the Beloved Five. Thereby, the panch kakkas or 5 K's of Sikhi were defined which are given as follows:

kaccha (a pair of shorts),

kara (a steel bangle), and

a kirpan (a short dagger).

This fair has a lot of mythological significance. On the day of the fair, villagers scoop the earth seven times because they believe that by doing this they invoke Gugga Pir (According to the legend, he possessed special powers over all the snakes) to protect them against snakes- bites. This fair is an occasion for getting together and performing folk-songs and folk-dances. Young people form themselves into groups and go about dancing and singing for hours. The fair lasts three days.

Lohri is a festival of zeal and verve and marks the culmination of winters. By the evening, people gather around the bonfire and throw sweets (gachak and rewri), popcorn into it and sing folk songs. Lohri is an auspicious occasion to celebrate a new born baby’s arrival or a new wedding in the family. The day ends when all the people gather together and rejoice with a traditional feast of sarson da saag and makki di roti.

The festival commemorates the battle fought by Guru Gobind Singh against the imperial forces of the Mughals and pays tribute to the forty Sikhs (Chali Mukte) who achieved martyrdom on this day. One of the largest Sikh fairs it takes place on the pious day of Makar Sankranti.

Where: 6 kilometers from Ludhiana

This annual sporting event is witnessed by people all over the world. Games include being run over by farm machinery, bullock chariot racing, horseback acrobatics and all other kinds of demonstrations of strength.

The festival of Hola Mohalla is celebrated with great vigour, fanfare and splendor across Punjab.

The festival is of great religious importance to the Sikhs as on this day, the last Guru of Sikhs (Guru Gobind Singh) militarized his followers into the order of Nihangs (warrior-mendicants) at this site. Nihangs, dressed in blue tunics and elaborate turbans are seen performing the traditional martial arts like archery, sword fencing, fancy horse-riding, and tent-pegging.

The festivals held in honor of the Sikh Gurus are called Gurupurabs. There are 10 Gurus and the birthdays, jyoti jyot (death) and gurta gaddi (Guru's throne or installation of each Guru) as marked as Gurpurabs.

Gurpurabs are celebrated with great fanfare and fervor across the State where most people visit the gurudwara, greet each other and delicacies are prepared in the communal kitchen (langar).

Where: Locations changing, to be hosted by Jalandhar in 2018

The Saras mela is a 14 day where artisans and products from all over India are displayed. Products from various parts of the country like Kahwa’ from Kashmir along with the saffron, and walnuts, banana chips from Kerala, and the iron utensils from other southern states make an appearance in the Mela.

I had a privilege of attending this Mela in Ludhiana in 2017. By twilight the atmosphere reverberated with the taal of musical performances from different states. The star attraction of the mela is definitely the performance by distinguished folk singers and dancers. I had the privilege of seeing Ms. Gurmeet Bawa and her daughters Lachi Bawa and Galori Bawa's scintillating performance live. The show ended on a high note making everyone reminiscient about the days gone by and with a hope of not letting our culture fade away as years pass by.

Do check out the schedule of the list of venues where the Mela will be held throughout India. Make sure you visit it.

So, plan your next trip to Punjab to be a part of the fun, frolic and gaiety.