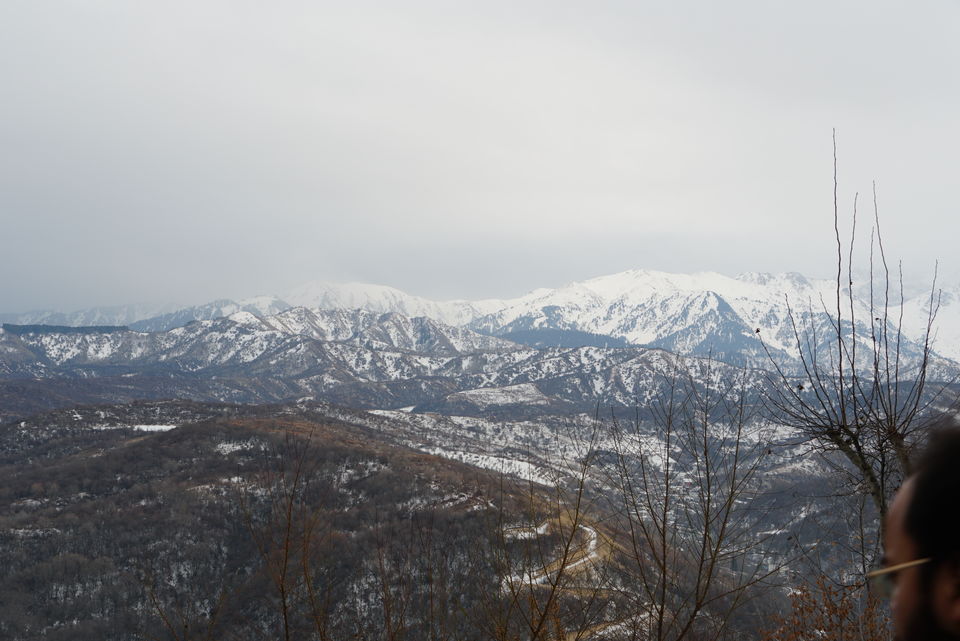 A couple of months ago when I was looking for a foreign destination with direct flights from Delhi at a short flying distance, Kazakhstan appeared in my search options. The place was never a part of my bucket list. In fact, up until this point, I didn’t even know where it was located on the map. The only information I had about Kazakhstan was that it was once a part of the greatest nation of the world – The USSR.

I also had a misconception that after the disintegration of the USSR into Russia and many other “stan” nations while Russia continued to be a nation that we talked and heard about, the remaining smaller countries were somehow left off the tourist radar. Yet, the deal on the airfares was enough to lure me and the fact that I didn't have much time to go someplace far, I decided to take a trip to Kazakhstan!

I was surprised by the country in many ways – its liberal lifestyle and well-developed roads and infrastructure, proved me wrong at the very first sight. The trip served its purpose way beyond my expectations.

The country is a perfect amalgamation of natural beauty, adventure activities, with a touch of history and a lively nightlife. From Steppes, lakes, mountains, and deserts, my trip was as diverse as it could get. I am glad that I visited Kazakhstan other than choosing an expensive destination elsewhere for no other country can offer a vast array of things to do.

Here’s how you can experience the best of Kazakhstan in just 6 days that too without breaking the bank:

When you arrive at Almaty, you will immediately recognize that the city is the beating heart of the country. The nightlife scene is an absolute delight for a party goer with the city boasting some of the finest nightclubs in Central Asia. Bars, clubs, pubs, hookah cafes and strip clubs, if it corresponds to a party, Almaty has got it! Parties in Almaty don’t start before midnight so you will have enough time to check-in and get rested. The Bla Bla bar with the largest bar space in the country is a recent addition to the city bars. The three floors, 22 atmospheric bars, three gastro bars, live artists, karaoke and the amazing crowd, make Bla Bla bar a must-visit.

After you've had your share of partying in Almaty, head over to the mountains next door in the Ile-Alatau National Park. The park houses the Big Almaty lake which serves as a natural alpine high mountain reservoir for the city. The area is close to the Kyrgyz border and one could hike from Kazakhstan to Kyrgyzstan from this point until a few years ago. Now the government has closed the mountain border and it is off-limits to get anywhere close. However, the lake is a visual treat and a good option to visit in any season. In summers, the color of the lake is milky blue with green pine trees curled around it. In winters, the bright sun, fresh air, snow-capped mountains, and a frozen lake, transform the place into a winter wonderland! Make sure you have a four-wheel-drive if you are traveling to the lake during the winter season.

The total duration of the trip: 3 hours

The frozen view of the Big Almaty Lake 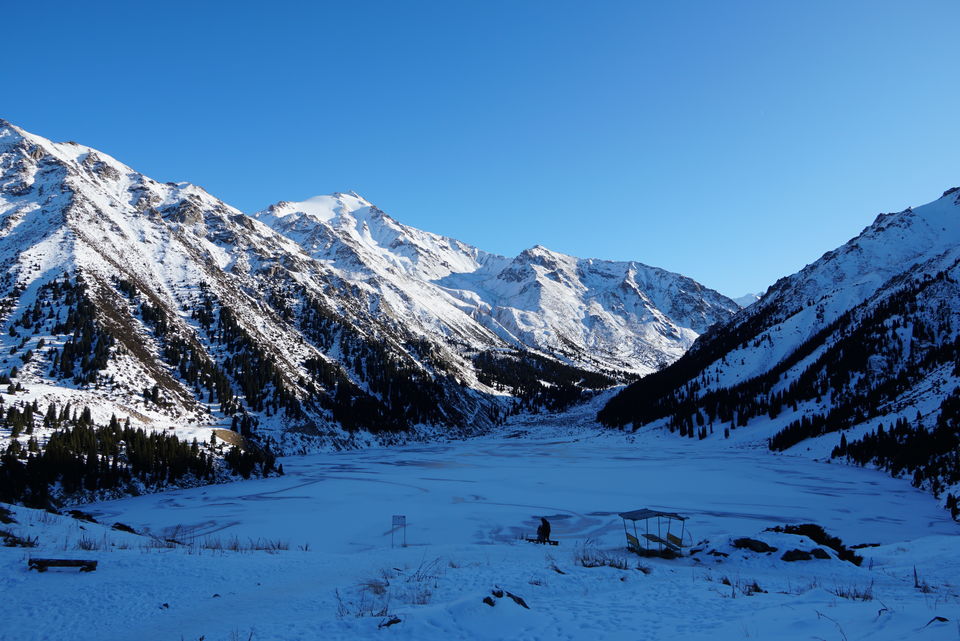 After witnessing the beauty of the lake, explore the Grand Canyons of Central Asia today. This amber canyon cuts across the monotony of the desolate Kazakh landscape as seen in this part of the country. The Charyn Canyon National park lies 200 km away from Almaty and is a 90 km long stretch of craggy cliffs and the river wore rocks that rise high and low. It consists of 5 different canyons but the Valley of Castles is the most popular of all the canyons. You can either walk along the edge of the canyons and enjoy stunning views into the ravine or hike a bit further up to the Sharyn river for about 4 km where there are yurts and restaurants for some refreshment.

The Singing Dune is a geographical oddity that emits strange sounds if you slide on it. The dunes are a part of the much larger Altyn Emel National park. The park is 215 km from the city of Almaty. The drive to the entrance of the park is 5 hours and the dunes are 2 hours further deep inside the park. You will have to stay in the village of Basshi overnight to explore the entire area.

The journey is exhaustive but the award is worth the trouble because there are very few places in the world that have such strange sand dunes. To experience it first-hand, hike up to the dune for150m, once at the top soak into the view of the lake and the river below then, sit down and gently slide off the side of the dune. As you slide you can hear a deep rumbling sound and feel the vibration. The more the merrier! If there are people sliding with you the intensity of the sound multiplies to resemble a low flying airplane, echoing around for minutes together!

The total duration of the trip- 18 hours

Almaty shopping and back

The Green market is worth a visit even if you don't have shopping on your mind. The market gives a sneak peek into the life of the locals. The two-story market has stalls ranging from fresh produce, dried nuts, spices, souvenirs, woolen clothes, and trinkets. A chocolate factory near the market sells locally made Kazakh chocolates which are comparable in taste to any popular chocolate brands and cost less than half the price! 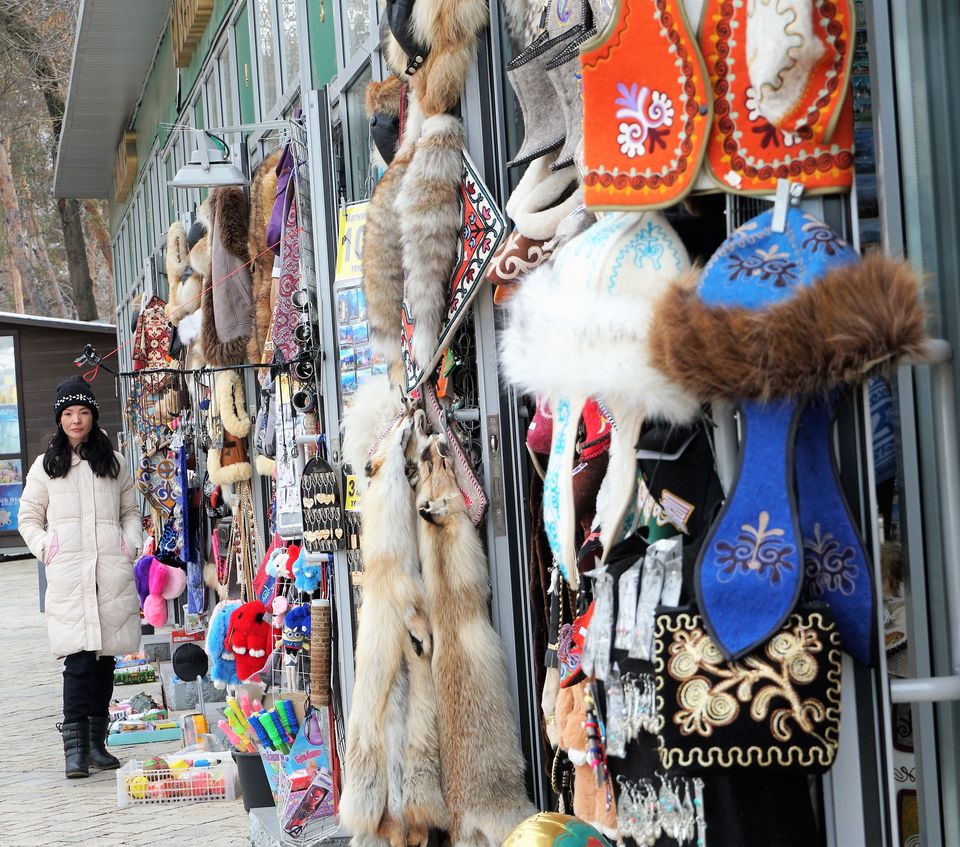 The Arbat Market was the first trading street of Almaty, named after the famous writer M. Gorky. It was later renamed Zhibek Zholy street. Today, it is a lively cobbled pedestrian street dotted with coffee houses, branded shops, and local goods. The walk down the street is a spectacular experience as you can see local musicians, painters, and performers displaying their talent on the sidewalk.

Things to know before you travel

Kazakhstan is a country for all seasons. The variation of the temperature between the summer and winter months is drastic. The temperature in winters can dip to - 20°C but provide great opportunities for winter sports, while the temperature in summers can soar up to 40°C but is the time when you can hear the dunes sing! However, as a general rule, north Kazakhstan will always be colder than the south. No matter what season you choose, you will be amazed by the beauty this country holds in every season.

Almaty, the erstwhile capital of the country is a good base to be stationed at to explore the major country's attractions. It is also well-connected with flights to the rest of the world. The city has a range of stay options that can fit every traveler's budget. Almaty also boasts of being the most cosmopolitan city of Central Asia, home to a number of cuisines and cultures from all over the world.

Although Kazakh is the official language of the country, people speak Russian, especially in the bigger cities. English is barely spoken and understood, therefore having a fulltime guide or at least a google translator is strongly recommended to ease things out.

You can choose from a number of car rental companies in Almaty or hop on public buses and shared taxis from Almaty. But, unless you are not on a typical backpacker, hitchhiking trip, getting a dedicated driver is the best option to explore. It is relatively cheap in Kazakhstan and the driver can also serve the purpose of being your local guide and translator, which will save you quite a lot of time.

Local commute in a taxi for the entire trip: Rs 20,000 for a full time taxi with a driver.

Kazakhstan- A country that will make everybody happy 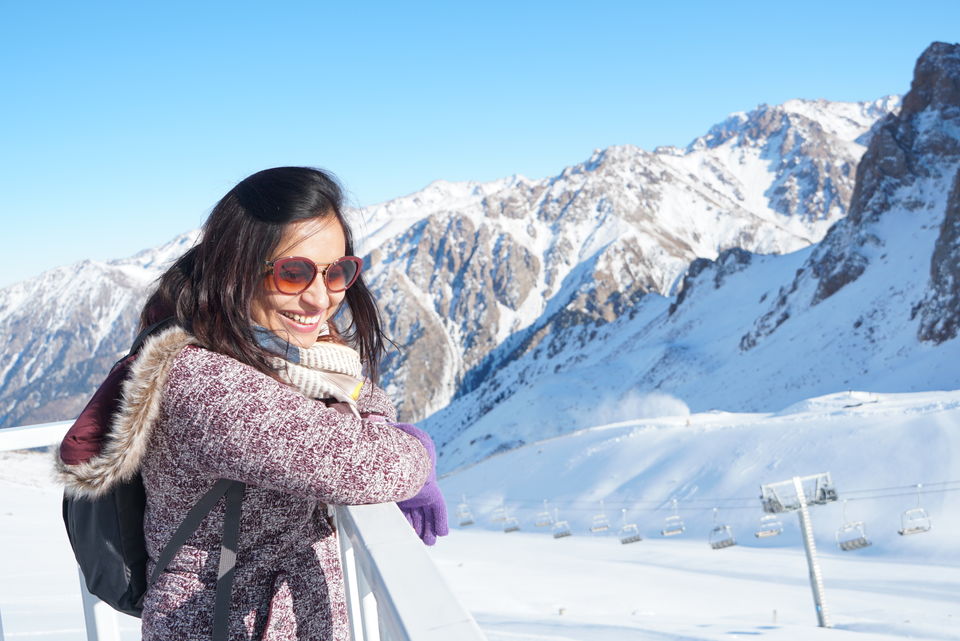 Even though I have traveled extensively, Kazakhstan holds a very unique and refreshing vibe. It was a part of the nation that was way ahead of its time and it continues to reflect its glorious past. I had grown up reading about how the USSR was a nation that was a pioneer in the fields of science, technology and space explorations and I’m extremely lucky to have witnessed it first hand in Kazakhstan. Kazakhstan might be an independent nation today, yet it retains its charm from the Soviet-era period and continues to develop into a futuristic nation.