India is a vast country of colors, culture and diversity. A tour of any sort in the country can embark you on a unique journey every time you plan on it. One such tour is the Golden Triangle Tour. It covers the major cities and is a site to behold the essence of the significance of these places. 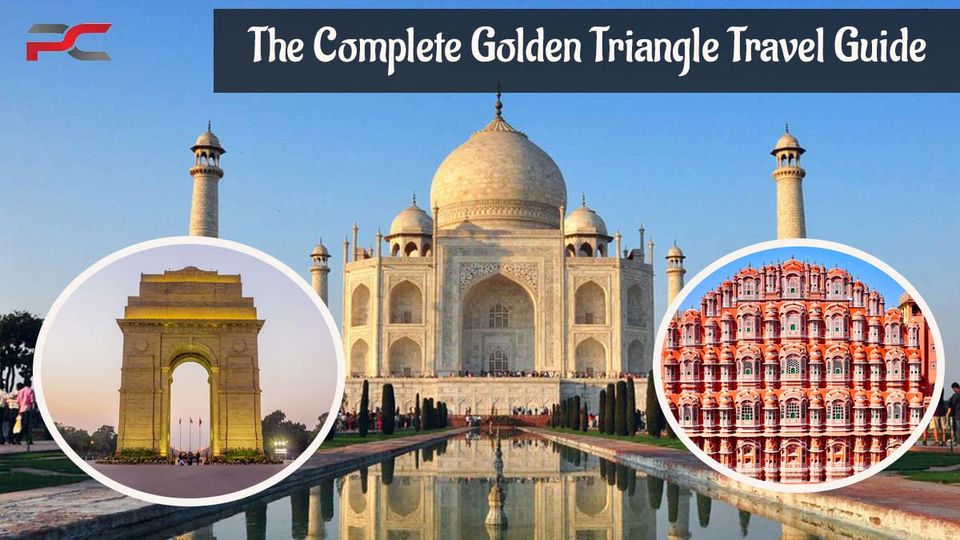 What is a Golden Triangle Tour?

A golden triangle tourist a travel through three major cities in India- Delhi, Agra and Jaipur. The three cities are located in the northern India almost equidistant apart. By joining the three city coordinates we realize, it forms an equilateral triangle, hence the reason for the name of the tour.

The tour is quite famous among foreign travelers as well as some local travelers who traverse through different parts of India. As the tour covers these important cities, it is a good trip to explore the northern India in a small, convenient yet unique way.

The tour is best taken around the months of October to Mid-April if the weather patterns are in your favor. The tour is best experienced during colder months rather than in the extreme heat, as most of these cities have an open and on-foot traversing which is best suited in winters.

For 5 to 7 days is enough for the tour. The cities covered in the tour have more sites but if you are a person who has experience travelling, you can for sure cover most sites. Planning the trip efficiently with separating days apart smartly, you can enjoy the tour whole-heartedly.

The entire tour is of 720 Kms and it can take you 4-6 hours travel by car between the cities. The route which is usually followed is from Delhi to Agra to Jaipur. Trains such as the Shatabdi Express also connects these three cities together.

The Old-Modern Capital City of Delhi 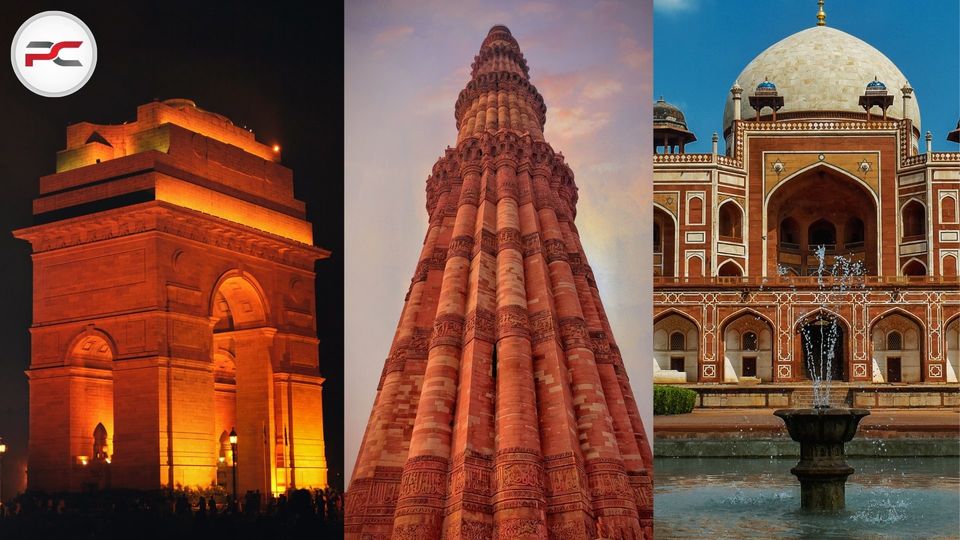 Delhi certainly is the focus when it comes to the tour. The capital city has everything from food, to architecture, to ambience, to experience and more to offer. It is a delight to watch Delhi come together. Your experience will start the moment you land in Delhi. The city has its older streets as well as the modern ones. It is a blend of Old to Modern establishment.

In the older parts, you can find some of the most famous monuments, such as, The Red Fort and Jama Masjid. Both the monuments built by the infamous Emperor Shah Jahan, it showcases Mughal Architecture in a light of history. With domes and marble shining through, the Jama Masjid is in the heart of Old Delhi. You can also find Chandni Chowk nearby which is famous for its food excursions. From paranthas to kebabs, it has some of the most palatable Mughal cuisines of anywhere in India. With bricked red sandstone you can see the Red Fort standing as well.

After a glimpse of Old Delhi, you can head onto Connaught Place the shopping hub of New Delhi. Known for its British Architecture, it was later duplicated by Lutyens. The place has brand outlets and modern fast-food chains lining the beautiful infrastructure.

If time taken out some more places can also be checked off the list such as the India Gate, Lotus Temple, Akshardham Temple, Qutub Minar and Humayun’s Tomb.

Two days should at least be devoted to this place before moving onto the next city, Agra.

The Rich City of Agra 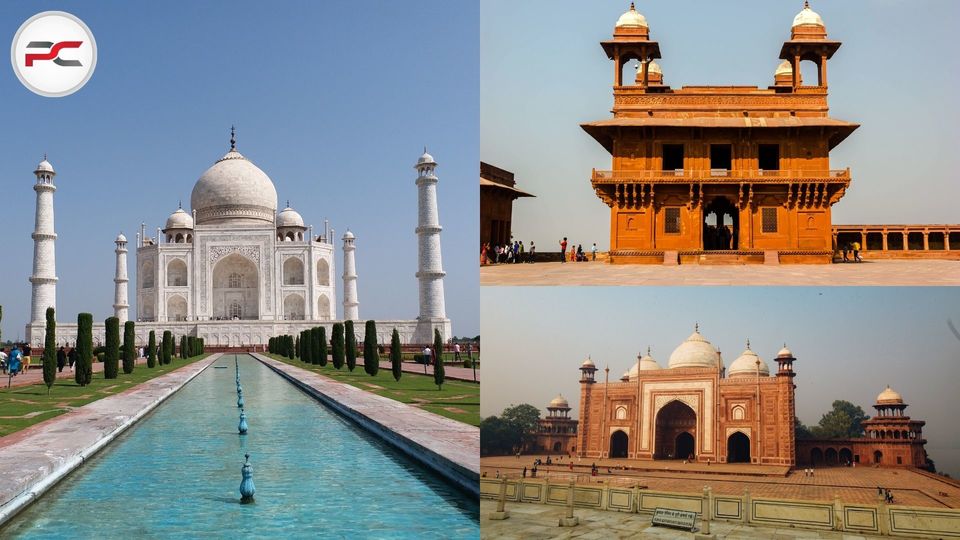 This city is well known for housing the well talked about monument of Taj Mahal. Truly the city of Mughals, Agra has a lot of monuments and history of India during its Mughal ages. Its full of open spaces and greenery when explored properly. On the way to Agra lies the city of Fatehpur-Sikri. Once the capital during the Mughal times, it is adorned with cityscape as well as the Buland Darwaza which houses another important site the Tomb of Sheikh SalimChisti. More places at Fatehpur-Sikri are Diwan-I-Khas, Jodhabai Palace and Panch Mahal.

Coming to Agra, you will be welcomed with more architecture like Agra Fort known to be similar as the Red Fort made with red sandstone, Itmad-Ud-Daula also known as the ‘baby Taj’, also Tomb of Akbar the Great where one of the most powerful emperor reside.

Truly the highlight of your tour will be the Taj Mahal. The mausoleum dedicated by Emperor Shah Jahan to his wife Mumtaz Mahal stands tall and glistens with the beauty of heavens. Truly magnificent, the monument has been put down as one of the seven wonders of the world. It also houses the Mehtab Bagh which are the gardens in the complex of Taj Mahal. The highlight of your trip lies right at the heart of Agra.

There are other smaller monuments which can be visited but best leave it as a detour for some other time. At least a day needs to be dedicated in order to sightsee all the main attractions.

The Royalty of India, Jaipur 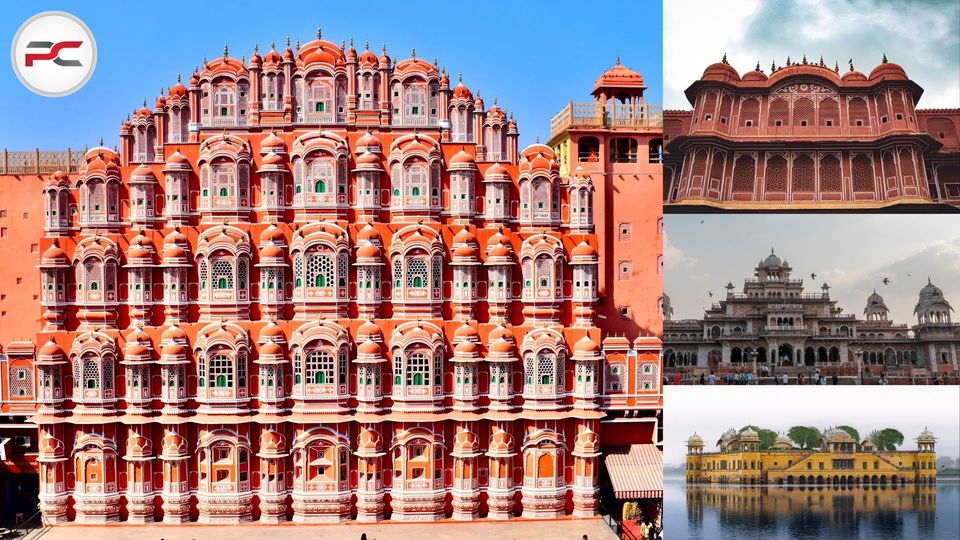 We come to the last destination, Jaipur. You can sense the royalty as you step into the city of pink. Known for having tourist sites and delicious cuisines Jaipur has immense popularity among people. The architecture is far different from Mughal, as Rajputana Architecture can be seen having more intricate, colourful and unique works among others. The monuments themselves can provide you with a glimpse of how different everything is from the two cities you have traversed through.

Going around you will see the city doused in pink color which has its own history, relating to the britishers. The monuments which are to be stared in awe at are the Hawa Mahal and Amber Fort. The Hawa Mahal has more than a 100 windows for its architecture is the most unique of all. The Amber Fort is also popularized for its colorful design and architecture.

The trip can offer you an insight on the total package of old, modern, historical and royal nature of India as a country. It is one of the best trips to embark upon and explore with friends and family. Get yourself ready for this winter and travel through these cities filled with amusement. Get the best golden triangle tour package with us.