Turkey Travel GuideTurkey TripsTurkey : The Land Of The Crescent Moon

Turkey : The land of the Crescent Moon 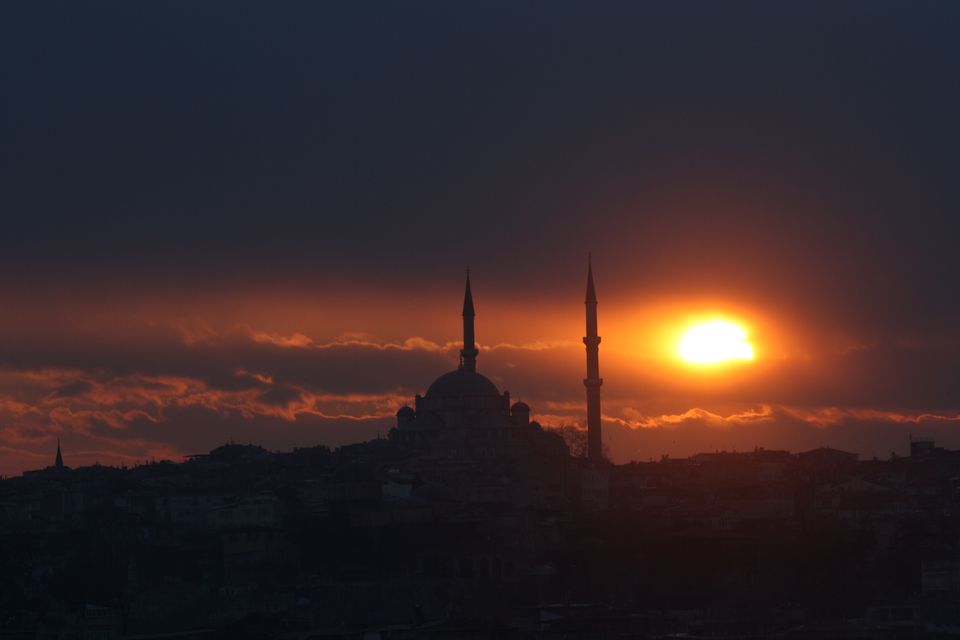 It was Turkey, the land of the Crescent moon, the cross roads of the east & west, the famous silk route, we had finally decided to visit this place owing to its fascinating landscapes and history & to explore the cultural and culinary ways. Our trip started in the beginning of spring, we hoped the weather to be good and clear. Our First destination was Istanbul, which welcomed us with sub-zero temperatures & rains. We hadn’t anticipated this kind of weather & so didn’t keep any woolens in hand. Imagine facing this weather with a pair of jeans & T-shirt. The journey from the plane to luggage carousel was indeed painful, but once in the comfort of the jackets and mufflers and woolens we were ready for taking on the weather head on. Though we were tired from overnight journey, we were excited to see the world’s largest and old covered market, The “Grand Bazaar”. It was raining and freezing cold but tourists did not seem to be bothered at all. The market was crowded with sight & sound of the shopkeepers trying to attract potential customers. An aroma of exotic spices was lingering in the market. Our day ended with some local Turkish Doner Rolls, slices of spiced meat cooked in rotating structure called Gyro & topped with fries & veges. Next day weather had cleared up and we had an early morning flight to our next destination, the capital city of Ankara. As we descended for landing, it felt like landing in some ice kingdom, it was white everywhere, though the window it was not possible to identify anything. We landed in a snow covered airport, though the temperature was comfortable than the previous day.

We were welcomed by our tour guide called Omer, who to our relief told us that it was the last snow of the season. Our tour began visiting the Museum of Anatolian Civilizations. The museum has artifacts dating to Paleolithic Age (8000 BC). After soaking in some ancient history there, we moved towards our next stop: Mausoleum of Mustafa Kemal Atatürk, the leader of the Turkish War of Independence & founder & first President of the Republic of Turkey. A spectacular piece of architecture features Seljuq & Ottoman architectural & ornamentation influences. After spending some time and witnessing a march past, we started our long 300 kilometers journey to the magical terrains of Cappadocia, famous for its “fairy chimneys,” tall, cone-shaped rock formations clustered in Monks Valley and elsewhere.

Our day started as early as 4am in the chilly morning as we embarked on the most famous tourist activities in the region: The Hot Air balloon journey over the vast Cappadoican landscape. Approaching the place we could see huge balloons being inflated with big fans and flames. The balloon started with 30 people on board with a jerk, a couple of shrieks from a few female passengers and we were off. As we ascended we could see the vast landscape in front of us. The hour long journey was thrilling from start to finish, getting a birds eye view of the hills, plains and the Fairy chimneys. It’s an experience worth trying. Later on we visited the Underground Cities of Derinkuyu, Kaymakli, pigeon valley & Goreme Open Air Museum. Our day concluded with a visit to a local pottery workshop where the items cost nearly a fortune & a visit to the Mushroom valley, famous for mushroom like natural rock formations. Next day we started our journey towards Pamukkale or Cotton Castle, famous for hot springs & travertines - terraces of carbonate minerals left by the flowing water. This place had been the venue for shooting of numerous Bollywood & Tollywood numbers. I was always intrigued to know whether this place actually existed or not, but seeing this natural wonder in person was amazing. We visited the Ancient Greek city of Hierapolis adjacent to the hot springs. It is believed that citizens of Hierapolis used this place as a spa. After a hearty lunch of kebabs we started towards Aphrodisias named after Aphrodite, the Greek goddess of love, who had here her unique cult image, the Aphrodite of Aphrodisias.

Our day ended meeting a gentleman who was the tractor driver for the municipality, but I guess no one can imagine a driver dressed like this.

We were now nearing the last phase of our visit moving towards Kusadasi or The Bird Island as it is known in Turkish. It is a resort island, which becomes crowded with tourists during summers, but as it was the end of winter, the tourism had not picked up resulting in calm and empty streets and beaches. This place is famous for the Ancient Greek city of Ephesus. It was built in the 10th century BC on the site of the former Arzawan capital by Attic and Ionian Greek colonists. During the Classical Greek era it was one of the twelve cities of the Ionian League. The city flourished after it came under the control of the Roman Republic in 129 BC.

According to estimates, Ephesus had a population of 33,600 to 56,000 people in the Roman period, making it the third largest city of Roman Asia Minor after Sardis and Alexandria Troas.

Strolling through the ancient city reminded of the magnificence of the Roman empire and their precision of architecture. The intricately designed marble pillars, roads and buildings still retain their details after so many years.

Our last destination was the port city of Canakkale. En route we visited Troy, known for the Trojan horse and the battle of Troy. Little had we known about the mesmerizing beach, in which we had our hotel. We were spellbound by the beauty of the beach, specially during sunset. The most beautiful sunset at a beach I had ever seen.

But there was indeed a catch. The temperature was freezing here, though it looks like a perfect tropical sunset, it felt colder than the winters we face here. We called the day off with some lovely warm Turkish delicacies and a warm bed. Finally it was Istanbul again. We drove by crossing the Dardanelles Strait. We had a spare day in hand so we visited the local markets, carpet shops, pottery stores & embarked on the Bosphorous Cruise. It was quite amazing to sail between two continents, Europe and Asia & see them connected by bridges. We also had the chance to visit two of the most famous monuments in the world: The Blue Mosque & the Hagia Sophia. The Sultan Ahmed Mosque or Sultan Ahmet Mosque is a historic mosque in Istanbul & is popularly known as the Blue Mosque for the blue tiles adorning the walls of its interior.

Hagia Sophia is a former Greek Orthodox Christian patriarchal basilica. later an imperial mosque, and now a museum. Famous in particular for its massive dome, it is considered the epitome of Byzantine architecture These two structures however beautifully described on paper cannot do justice to the experience that they are. It is something to be seen in person rather than to be read. Finally it was time to say goodbye to this treasure of history and architecture, still not so famous among mainstream tourists. All the different landscapes, architecture, history & culture are very unique. Turkey has so much to offer that with one visit you can not even scrape the surface.

Thanks for your time and reading it till here !