The spooky castles of Wales 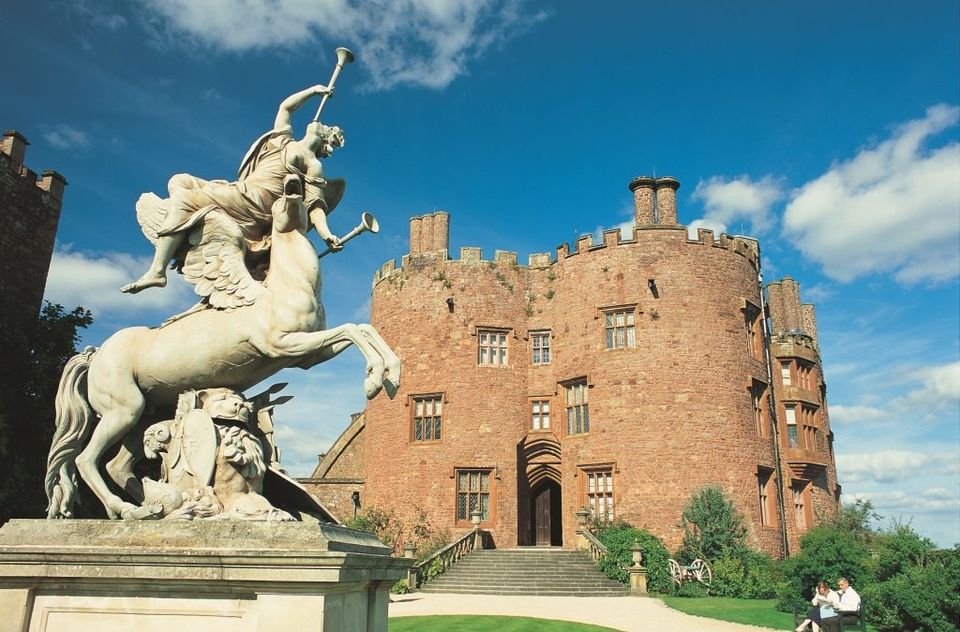 A creaking floorboard makes a squeaky noise as I slowly inch forward. Night times may not be the best time to go exploring around empty medieval castles, but it is the time when the ghosts come to life in Wales. Wales, a country richly steeped in history, myth and spooky stories is a setting for ghost hunting that you wouldn't experience elsewhere. The magnificence of the Renaissance era architecture combines with stories that will make your trip even more interesting. I, on my maiden visit to the country decide to go on a trip around its many castles and discover stories of the supernatural behind them. Let me tell you about these castles of Wales.

My first destination is the Craig Y Nos castle. Located in the Southern part of Wales, the castles dates its history back to the mid 19 th century. Set amongst a host of pine and fir trees, the Craig Y Nos Castle descended down to the famous Opera singer Adelino Patti. The Ghost Tour takes you through the haunted rooms including the Salting Room where the butlers stored the meat along with the dank wards where the tuberculosis patients were kept. We decide to stay overnight for an extension of our ghost tour. As night descends, the familiar creaking and howling starts as the wind begins to circle the castle. We begin to exchange stories with our guide Ian as a draft of wind catches me almost as if tapping me on the back. Although I swing around immediately, there is nothing actually there as Ian offers to further my fear of the supernatural.

I decide to head over to the Powis castle next. Unlike other castles in Wales which were built by English kings to subjugate the Welsh, the Powis Castle was actually built by a Welsh king to protect his fiefdom. Standing between lush green gardens surrounding it from all sides, the castle's red sandstone coloured facade is an imposing one. The castle is best known for an impressive collection of memorabilia from India which is now housed under the Robert Clive Museum. I head inside the castle to discover some of the stories hidden inside.

As Robert Clive was posted in India along with the British East India Company, a gold finial of the head of a tiger which adorned the throne of Tipu Sultan adorns the ball room. Encrusted with multiple jewels, it exhibits the power and wealth of the Maharaja of Mysore. The Twelve Caesars is another piece of artistry that you shouldn't miss out on. Twelve huge white busts of Caesars lines the Long Gallery. One of the most famous paintings of Lady Henrietta Herbert adorns the walls. Made by Joshua Reynolds, this painting will have you enthralled. But the reason I fall in love with the Powis castle are it's manicured gardens. As I walk down the terrace, it is bound by 30 feet high yew tumps which are trimmed often to maintain it's cloud like shape. I decide to move down further along the gardens and move beyond a small forest filled with rhododendrons and oaks. From there, an unimpeded view of the magnificent castle makes me stop in realisation of centuries worth of history that resides within these walls.

Many of you may have read about the Hounds of Baskerville, an epic novel by Sir Arthur Conan Doyle featuring Sherlock Holmes. Although the story has been based in Devon, but this is the hotel where he drew inspiration from, being a close friend of the family and visiting many times. Today, Baskerville Hall has been converted into a boutique hotel which offers some of the best outdoor activities that Wales has to offer. From long walks in the Welsh countryside to canoeing in the river Wye, the Baskerville Hall is a place to relax and unwind. But it's the spine-chilling howling that emanates from the grounds whenever the fog rolls on in the night. The legend of the Baskerville Hall traces its roots to Richard Cabell, a fearsome and egotistical hunter who owned a couple of hound dogs.

The ancestral seat of the famous Wynn family in Northern Wales, Gwydir Castle is supposed to inundated with paranormal activities which have been recorded since the 19 th century. The story emanates from the legend behind the first Baron, Sir John Wynn's iron fisted rule of the land. It is said that he had a relationship with a serving maid whom he later had killed and entombed in the castle walls. The story constitutes to be one of the strongest paranormal activities which can be experienced here. A white lady is sometimes seen to lingering about on the staircase combined with a drop in temperature and a disagreeable odour. It is also said that Sir Wynn's ghost also roams around the Castle stomping about his old keep.

Wales is a country richly steeped in history, much of which has been preserved in the form of its castles. A Ghostly Tour through these castles of Wales offers you a chance to discover history in a way you wouldn't have thought possible in a classroom.