An infant city-state as one may call it, Dubai is one of the most booming cities in terms of infrastructure, tourism and immigrant population. To anyone who wants to travel abroad, Dubai remains one of the first five options and one of the most common amongst first timers. For me, the attraction was Dubai Sky Diving and a much needed family vacation.

I call it an infant city in comparison to other international destinations because it was merely a desert and a small port until late 1960s. However, it grew rapidly after the discovery of oil and it’s true that water is more expensive than oil for them. Today it’s a host to the world’s tallest building, tallest hotel and a massive man-made group of 300 islands shaped as a world map.

Moving to my experience, well, it started as soon as I got out of the airport. Dubai is known for fast cars and great roads, but one should also know how strict they are with rules. Lane driving, basic indications and maintaining speed limit are necessary and if seen otherwise, boss, you’re in some serious trouble! I was already impressed by the city.

Usually during my solo travels, I would know exactly how I want my trip to be but for a change, a lot of things were unexpected because this time my father took the charge. Must say, it wasn’t a bad decision to not-know the plan. Other than Shopping at the Dubai Mall, being at the top of Burj Khlifa and driving through Downtown Dubai, here’s what we did:

If Dubai calls me back, I would make sure I give myself one whole day for this place! Away from the tall buildings, this place is situated in old Dubai aka Bur Dubai and showcases the heritage feel of the city and must not be missed. The buildings are made of mud, gypsum and a various other organic materials and as you walk the tight alleys in between them, they will force you to think you’re a part of the space.

Personally, they made me feel I was playing Aladdin, the game, live! check out the featured image at the top of this article. 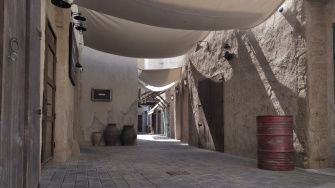 Talking about what would you do there than just walking down the narrow lanes, I’d say one day would be less to see everything around. There are cafes, museums, cultural exhibits, NGOs where kids with down syndrome paint, very learned people who you can have a conversation with and what not.

Here’s a glimpse of it

The below image is called shadow sculpture art wherein a wooden piece and its shadow tells a story. In the picture below, as told by the exhibitor, the boy and the girl are physically apart (wooden pieces) but in their dreams, they’re together (shadow). 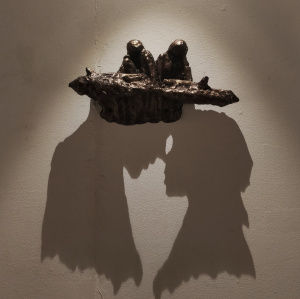 An evening worth remembering and how! Felt as if I was a queen for a moment with all the live entertainment, hookah and some great authentic Arabian food and service. Need not write more, just adding a couple of pictures for you to see it for yourself: 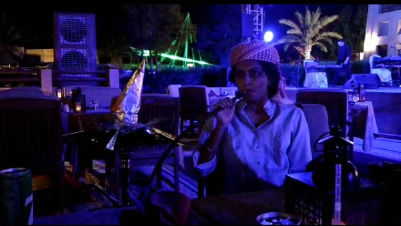 This experience proved that Dubai is trying to increase the number of experiences it can give but is also making sure that the experience is specific to them and it has not been seen anywhere else. From outside, this place looks just like a frame but the museum-like-arena on the ground floor communicates how Dubai was, is and what it’ll be like in the future through a gallery of pictures/structures with sound. The experience doesn’t end there, at a height of 150m, the glass floor in the middle of the sky deck, is not for the weak hearted. The Dubai Frame is situated in such a place wherein on either sides of the sky deck, you see the old Dubai and present Dubai. A good place to see if you’re in the city. 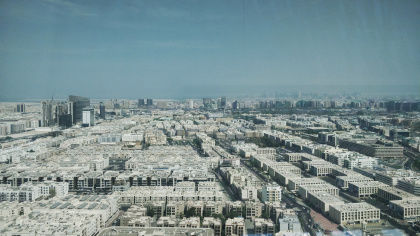 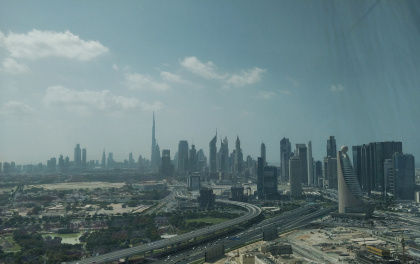 In one of my previous articles, I’ve talked about how there is one particular moment that makes you feel lucky to be there and how at that particular moment you wouldn’t want to be anywhere else in the world. In this trip, it was when we had gone for desert safari. We got out of the car and my bare feet ran up the dunes. The feeling of the feet sinking in the sand, of not being able to walk straight on the sharp crest of the ridge and looking at the footprints I leave behind while walking was blissful. 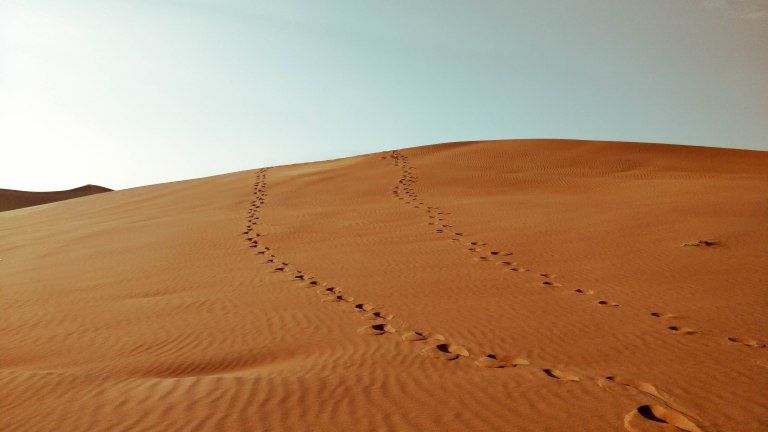 This deserves an entirely new article and soon it’ll be out, however, I’d just give a gist of how it was in here. It is very difficult to describe this experience, it was probably the highest level of adrenaline my body has experienced. To be honest it didn’t feel anything till I was on the tip of the aircraft and was just about to jump off it. Just as I did, the free fall felt like it should stop as my lungs were having trouble breathing but as soon as the parachutes opened, I wanted the free fall again. The feeling of not being held by any force (except that of gravity :P) was literally ‘breath-taking’ but at the same time I was flying, I didn’t have to balance my body and however frozen my limbs were due to adrenaline, I didn’t have to control them. To sum it all up, it was a very confusing yet one of the most enriching feelings one could feel and I would want to feel it any day if I get a chance to dive off a plane again. 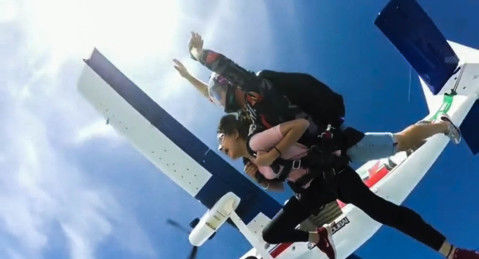 For those who have similar interests and are planning to visit this city of tall buildings and fast cars, ping me and I’ll be happy to help you with itinerary and accomodation options.

(Write-up & all pictures by: Mallika Rohatgi)