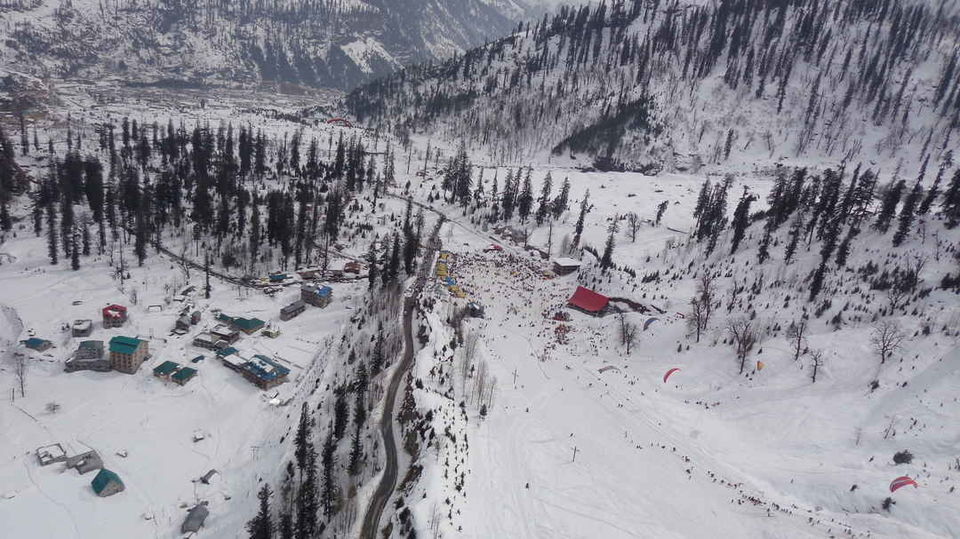 The ongoing cold wave faced by major parts of North India is still gaining momentum strongly across different parts of the region. While some areas of Himachal Pradesh received snowfall in the last few weeks, it is now being faced by the higher reaches of Uttarakhand as well. Popular tourist destinations such as Badrinath, the Valley of Flowers, Joshimath, Chamoli, Kedarnath and Uttarkashi are currently covered by layers of fresh snow.

Enjoying the scenic views and fresh snow in the popular hill stations of Mussoorie and Chopta, travellers from across the country have been seen travelling to these locations. Keen on enjoying the unexpected winter fun, Mussoorie’s Mall Road and Landour have also seen an increased footfall of tourists.

In addition to this, Harsil, Gangotri and Har Ki Doon also received fresh snowfall. People in these regions were seen huddled around bonfires all through the day as temperatures kept dipping further. As per predictions done by the Indian Meteorological Department (IMD), rainfall, hailstorms and more snow are expected to hit the state over the weekend.

With the increase in the number of tourists rushing to enjoy the snowfall, traffic woes are however increasing especially on the highway.

The neighbouring hilly state of Himachal Pradesh also saw a lot of snowfall blanketing the popular Manali in various layers of snow. While efforts are being made by the concerned authorities to decongest the traffic quickly, hurdles like lack of electricity and facilities in smaller parts of the region are acting as hurdles to complete their work.

Hour-long traffic jams were reported near Patlikul disrupting vehicular movement. The nearby areas of Sainj, Bajnar and Shimla are also experiencing similar situations. With some parts of the region experiencing such weather after decades, it is, however, the perfect time to bask in its glory, albeit with some caution.