Wish to experience unseen Rajasthan?Diary of a Desert Storm Marshal

An experience of lifetime 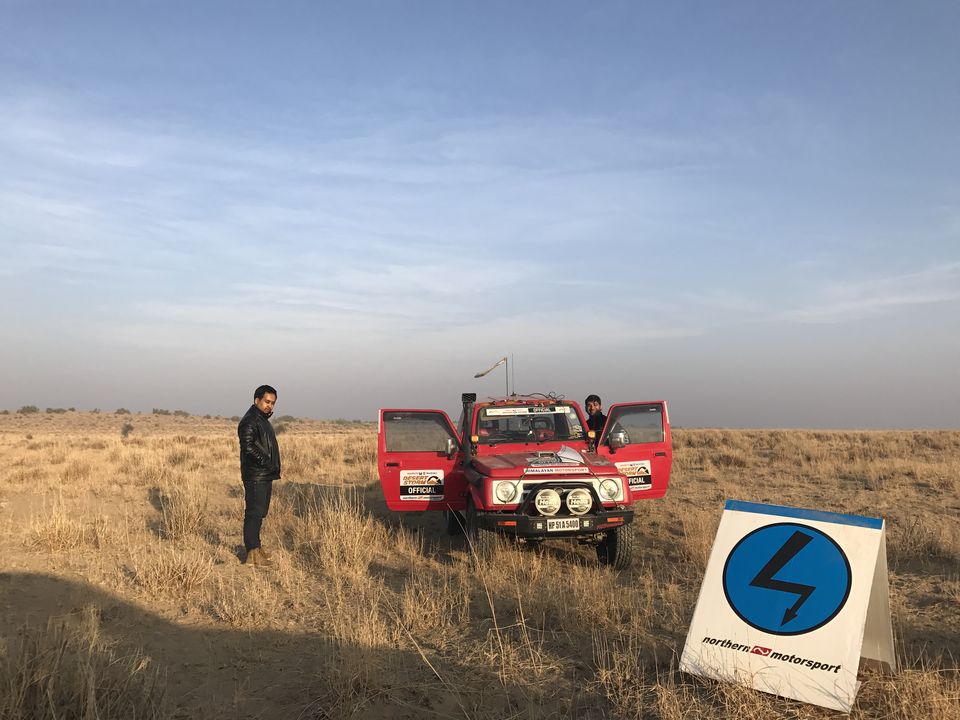 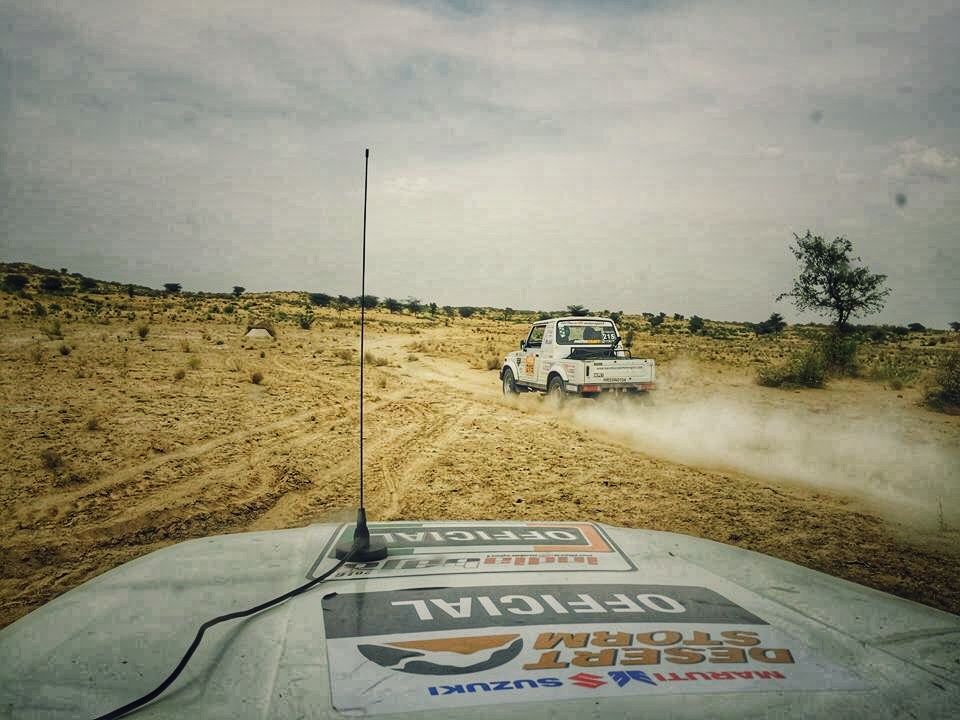 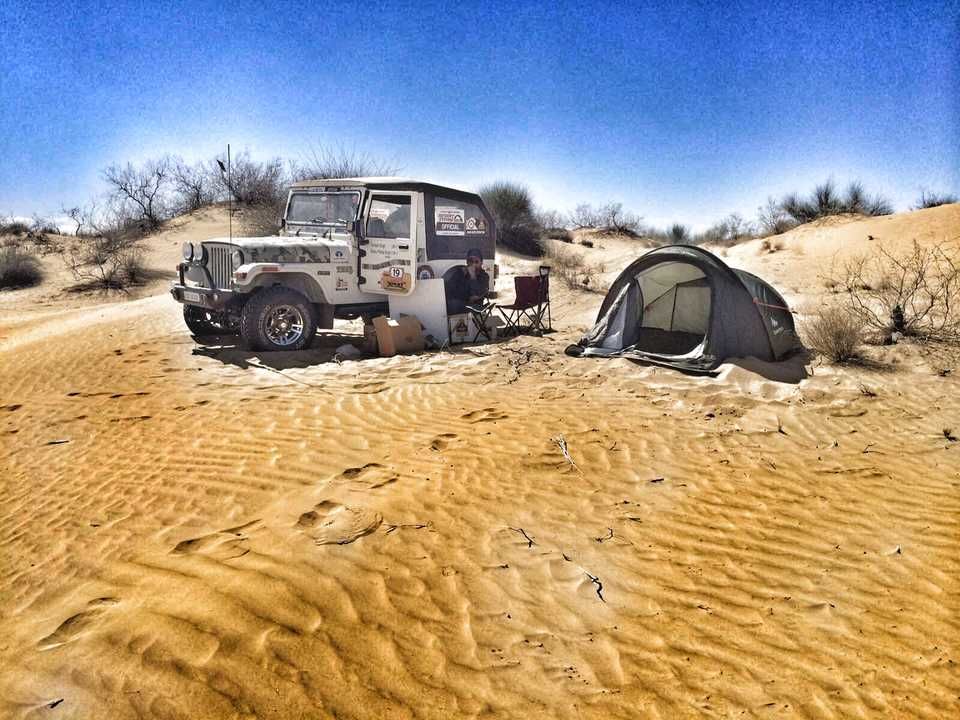 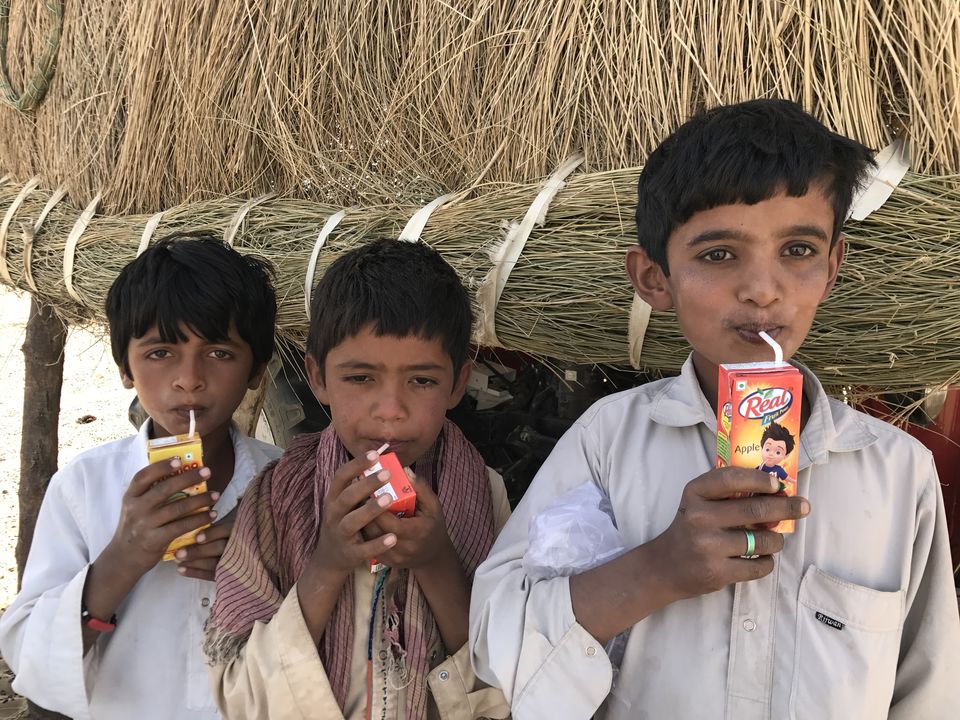 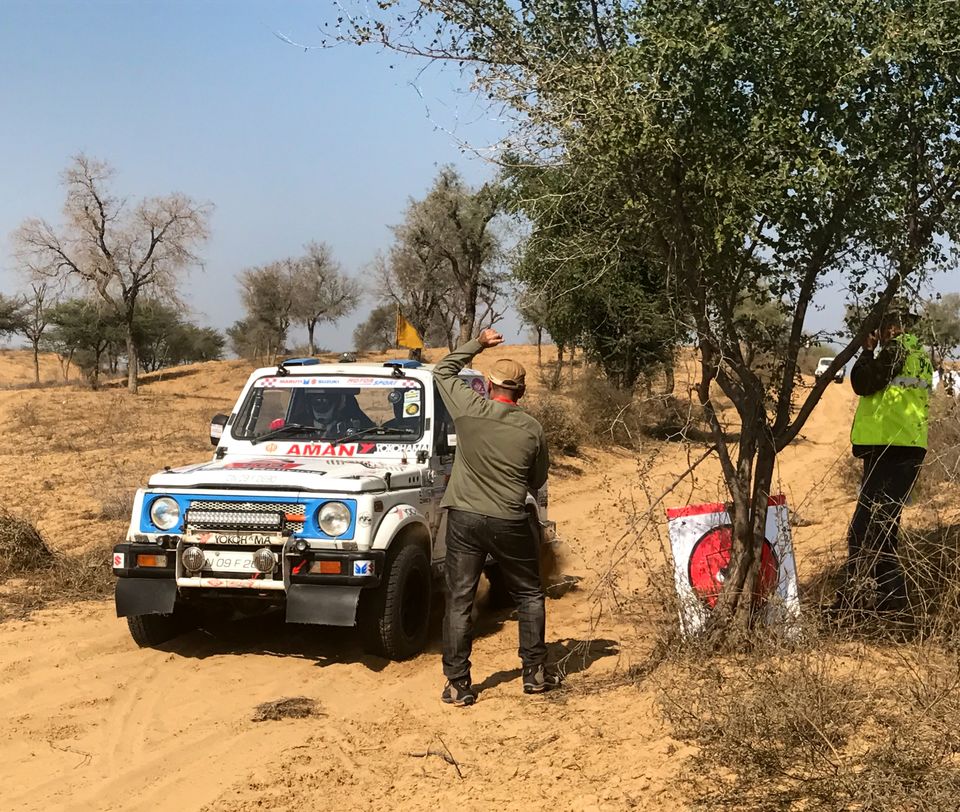 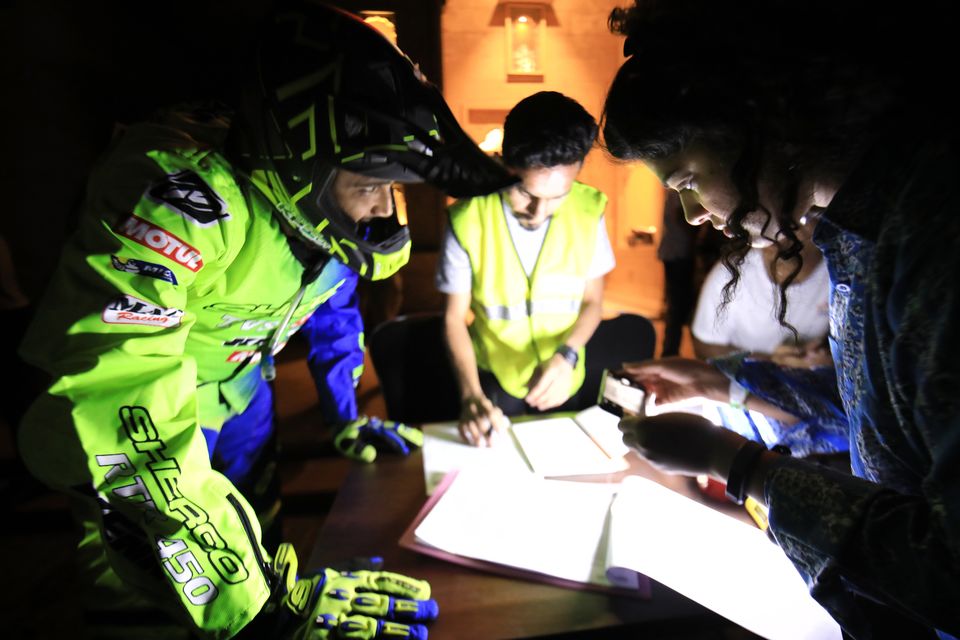 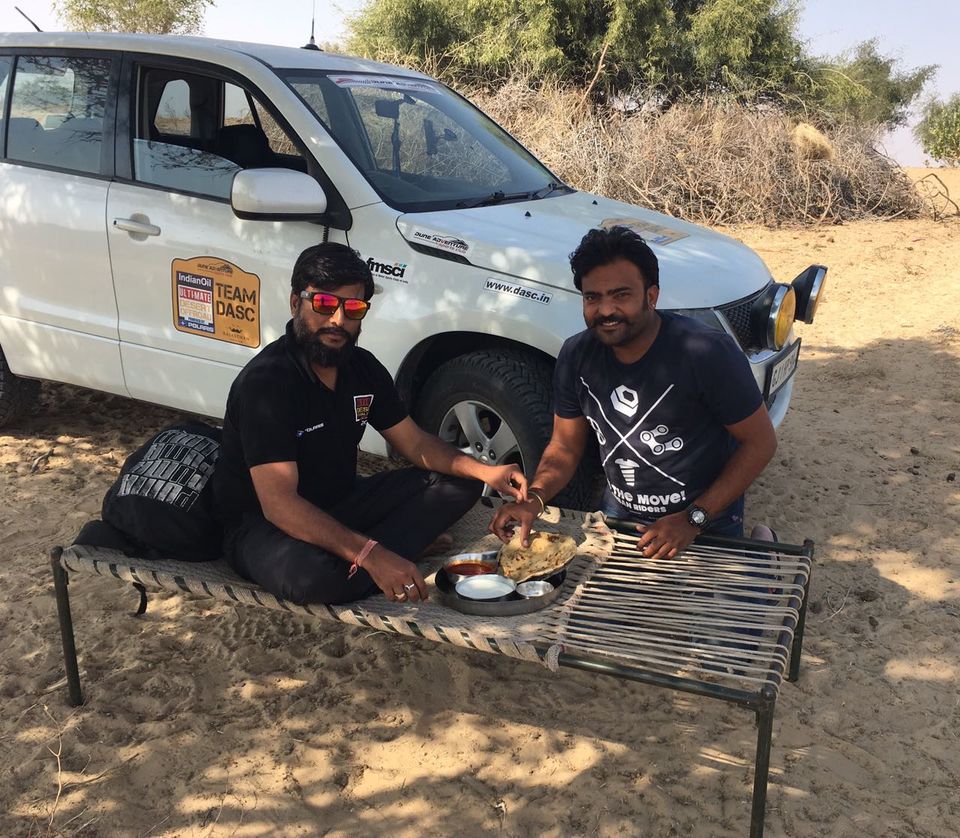 "Amidst dunes, I sat at a lonely place, feeling goosebumps on my hands in an extremely cold night of February in 2015 (my second big outing). It was 1130 pm already (means pitch dark in desert ), and there was nothing to be seen and heard since my placement (my position as a race volunteer) was done around 0800 pm in night.”

Suddenly, I got a shout on radio that first car is expected shortly, and I realized this is the time I have been waiting for......... my first Desert Storm experience as Official. Maruti Suzuki Desert Storm i must share is the iconic cross country rally covering entire Thar in India.

While travellers world over crave for places which are still unexplored, untouched and stories they can bring back home to write and post on Instagram, not many are exposed to Indian motorsports which is growing leaps and bounds. India hosts some really tough cross country races from the Raid De Himalaya in Ladakh/ Spiti to Desert Storm in remote Jaiselmer border, India Baja in Bikaner to Rain Forest Challenge at the Konkan Coast ; each is spine thrilling and is hosted at places untouched by cities and town. And it is these places hosting clubs look for volunteers to marshal.

Coming back to my endeavour, first time first night as they say;) I glanced at my new found friends (fellow marshals as we call) , the local villagers and farmers from nearby village Pabu Ki Dhani , who were as curious and blank at the same time as me. I instructed them to quickly clear the path (track) and back off, as we started to hear a distant humming sound.Soon the sound changed to a loud roar of incoming engine, as a villager popped "ye kya aa raha ha?"... I said "gaadi"... he asked again "aisi kaunsi gaadi ha" and two lights , the brightest we could have all ever seen appeared on horizon, as famed Suresh Rana's Maruti Vitara came DRIFTING (Ive put that in caps, as that was real), and sped past us in milliseconds as we all were left in pool of sand (dint know then that such sand spa would become order of the day and i would embrace it for next 7 days.)

I was stunned, as I tried to soak what just happened... never before in my life I had seen something like this... speed, control, precision of this level left me speechless, i’d only seen it on TV, F1 races, but here it was for real . I came back to my senses as my Co driver (each car placed at a point has two persons, driver and a co driver) requested "bhai apni gaadi thode peeche le le?"... I looked around, and not a single one of my just made villager friends were around... everyone had pushed back near a tree in fear and amazement. That's the effect it can make, such an exhilarating experience it can be, to officiate in Desert Storm. I have led expeditions to Leh/ Chattisgarh, driven solo across cities for days, bunjee jumped, skydived , seadived and have even done a Base Camp trek to Chadar ,... but nothing comes close to it. Trust my words, the eternal nights, the 18 hour postings, the self cooking on dunes with meager rations, the late hour check-ins and early hour starts, the convoy placements, first hand experience of all the action, the radio chatter, living off Quechua tents and in same clothes for 2-3 days before we get a hotel stay and the the ritual repeats, interactions with like minded fellow officials, local village food, creating makeshift loos (or finding distant spots) and the list goes on.

I have found no other experience which can really match this, and if this wasn’t enough, i must admit that bare desert can offer the best skyline one can watch for hours as morning sun rises and evenings creeps slowly into the dunes. Its magical , even a nescient can attempt to spot constellations in such clear skies. I have also since learnt various lessons from my first outing, stock essentials and read that Race bible called “Supplementary Regulations of the Race.

Now, you will ask me how is it different and how is that a travel? You can go places which probably one can will never get to see without a rally (deep interiors with no connectivity)... one gets to see the real Thar desert, real RAJASTHAN, uncovered by travel groups, teams, TV ads etc etc. You interact with local culture and people, experience their simplicity and true meaning of "padharo mhare des". Same goes with other races, as you will hear stories of fellow marshals who volunteer at other tough races. And icing on the cake is meeting India's top racing stars while their massive rally prepared vehicles and bikes. Further, as a marshal one needs to ensure racers follow the rules, maps, track timings etc.

Im gonna get lucky this year again as i set off a 5 days journey to 16th Maruti Suzuki Desert Storm, but with a little message for you avid explorers, try officiating in a Motorsports event and you will change the meaning of travelling forever.

For record, Northern Motorsport, a leading motorsport club in the country boasts of hosting a majority of such events like the Desert Storm, India Baja and Maruti Autoprix (track races in cities), Shimla Based Himalayan Motorsport organises the world's highest altitude Raid De Himalaya, Coughar Motorsport organises India edition of Rainforest Challenge , Thar Motorsport hosts the Royal rajasthan Rally which also marked my racing experience and so on.

My foray into motorsports initially as a racer and then moving on to marshalling has been a lifetime experience i still keep building each year with multiple events . Coming to costs, clubs cover your actual expenditure only, however as dreamy and exciting it may sound, one needs toughness to ensure the weather, food constraints in return of this experience. Having onw 4*4 vehicle is preferred.