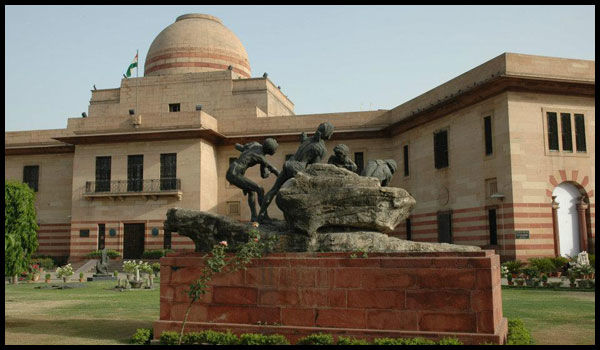 Delhi is the capital of India- so it is no surprise that the city has huge cultural and artistic influences from all over the country. The sprawling metropolis is home to some of the best museums in the country and are sure to keep history and art aficionados interested.

National Museum is one of the largest museums in the country, and houses more than 2 lakh works of both foreign and Indian art. The artworks in the museum range as far back as 5 millennia and showcase the incredible cultural heritage of the world. The museum is divided into various sections, like archaeology, arms, paintings and manuscripts, to keep the visitors busy. The museum itself is located in Janpath, New Delhi - the Radha and Krishna in the boat of Love is something to not miss!

The National Handicrafts and Handloom Museum, or as it is popularly known, the NHHM is also one of the most visited museums in the city. It is located close to the Pragati Maidan in Bhairon Marg, in the NCR region - so rent a car in Delhi to get there easily.

The museum is run by the Ministry of Textiles and houses over 35000 pieces of artworks. The craftsmanship of the artisans is evident by the embroidery, wood and stone craft and the paintings that have been displayed.

This museum is unique since it focuses on the rail heritage of our country. The museum even has a toy train ride which the visitors can ride to cover the entirety of the museum. With a comparatively smaller number of artworks (only around 100), the museum has working and static models, a lot of photographs and signaling equipment which are a testament to the unique rail heritage of our nation. The museum is in Chanakyapuri and is usually closed on Mondays.

This museum is a treat to art lovers or those who are curious about modern art and its differences from the traditional ways. The museum houses the largest Modern Art collections in Delhi and is home to around 14000 works by both Indian and foreign artists. It is maintained by the Ministry of Culture, of the Government of India, and is located in Jaipur House on Sher Shah Road.

To get a sense of the historical events that led up to the nation gaining independence from the British, a visit to this museum would do. The museum was set up in the memory of Pandit Jawaharlal Nehru and chronicles the struggle for Independence which occurred in our nation. There are more than 2 lakh printed books and 1 lakh photographs, along with 8000 audio tapes which are about the freedom movement and Nehru himself. The museum is in Teen Murti Bhavan, in Delhi NCR.

A visit to the museums of Delhi is one of the best ways to spend a day, and revel in the art and heritage of various cultures around the world, so get in one of the outstation cabs to Delhi and have a great trip!