Pune Travel GuidePune TripsOne Thing You Should Never Miss, When In The Cultural Hub Of Maharashtra

One thing you should never miss, when in the cultural hub of Maharashtra 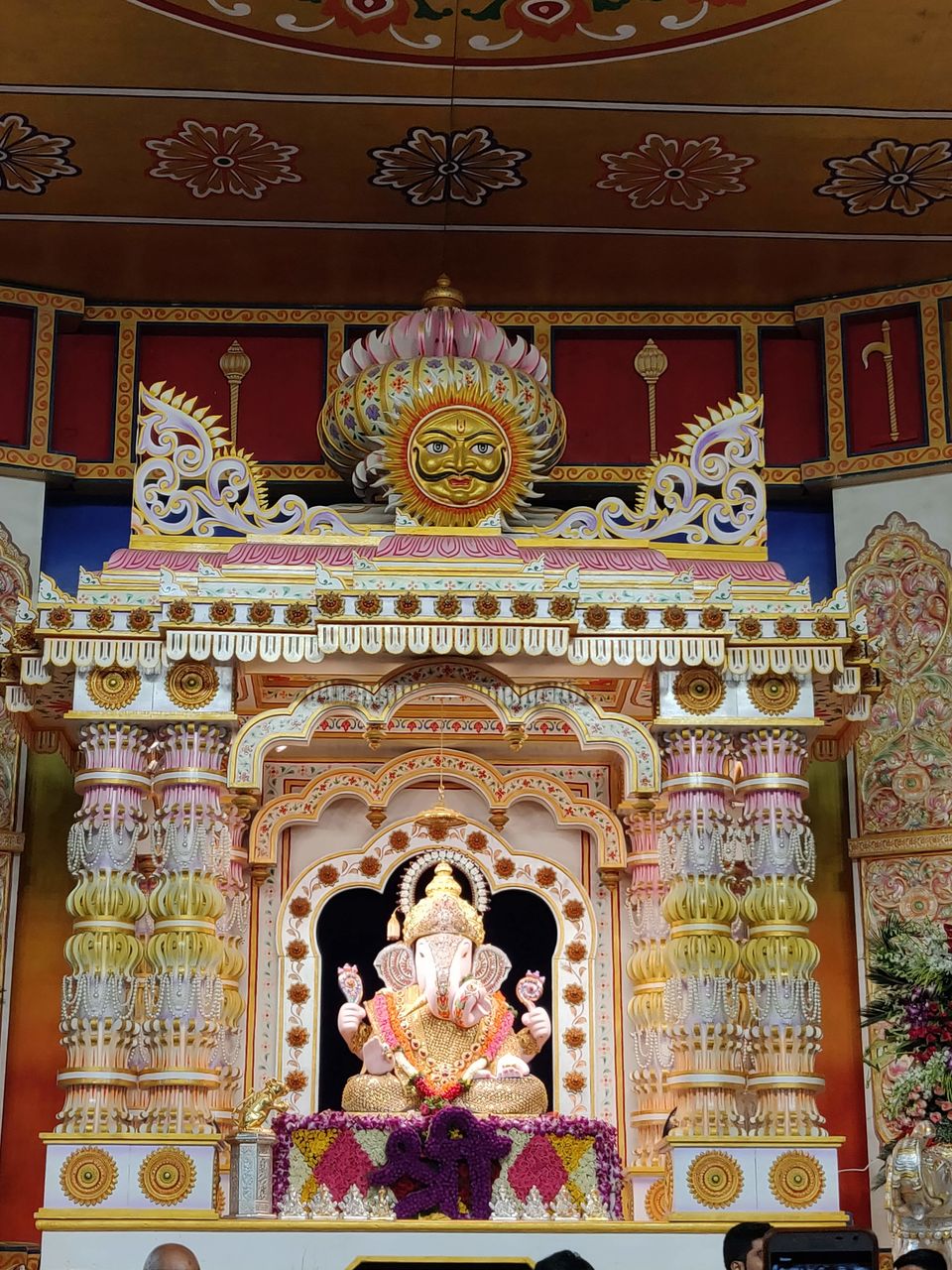 Cultural hub of Maharashtra. Which city I am exactly talking about? So it's none other than Pune. Pune, in this modern and westernised world also, has maintained its title as the cultural hub of the state.

Why it's called as a Cultural Hub?

Pune is one of those rare places in India where still people get excited to watch a theatrical play, be it in Hindi, Marathi or English. Every week there are many plays lined up with a decent number of audience to witness it.

It also has alot of historical importance with a number of Forts to its name.

After staying in Pune for almost 4 years, I got a chance to witness the grandeur of this festival from the place where it actually originated.

Let's take a look at the history of this festival.

In the 19th century, Bal Gangadhar Tilak started this festival of Ganesh Chaturthi, with an intention of gathering people with similar ideas, thoughts and intentions to go against the British Rule. His idea was to communicate with like minded people without letting the Britishers take notice of his acts. And to execute his plans he started celebrating this festival from his house which is known as Kesari wada, which is still considered as one of the major tourist attractions of the city. That was the time when the festival of Lord Ganesha actually started and since then it has never failed to gather devotees from not only India but around the world as well.

Every year around the month of August or September this festival starts with a 10 day long procession. And in these 10 days, Pune witnesses a magical turn of events with its most famous Dhol Tasha Pathak performances along the streets of Old Pune.

F.C. Road, one of the most busiest roads of Old Pune, is crowded more than ever during this festival. There are pandals (Stage) at different locations on this road and the Laxmi Road with some breath taking decorations done. 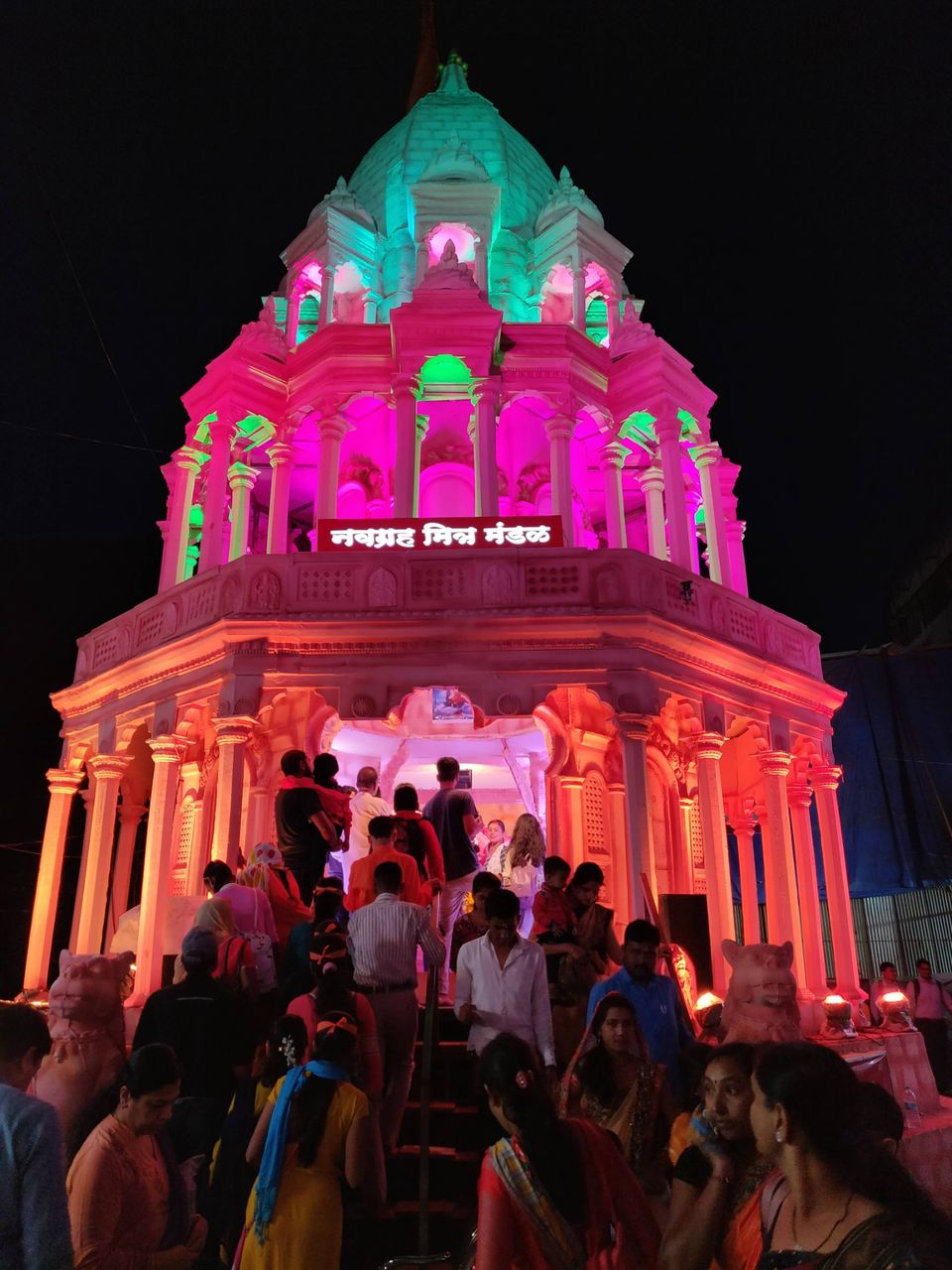 And not only the pandals are decorated,but Lord Ganesha idols are also dressed with some of the best jwellery and clothes. 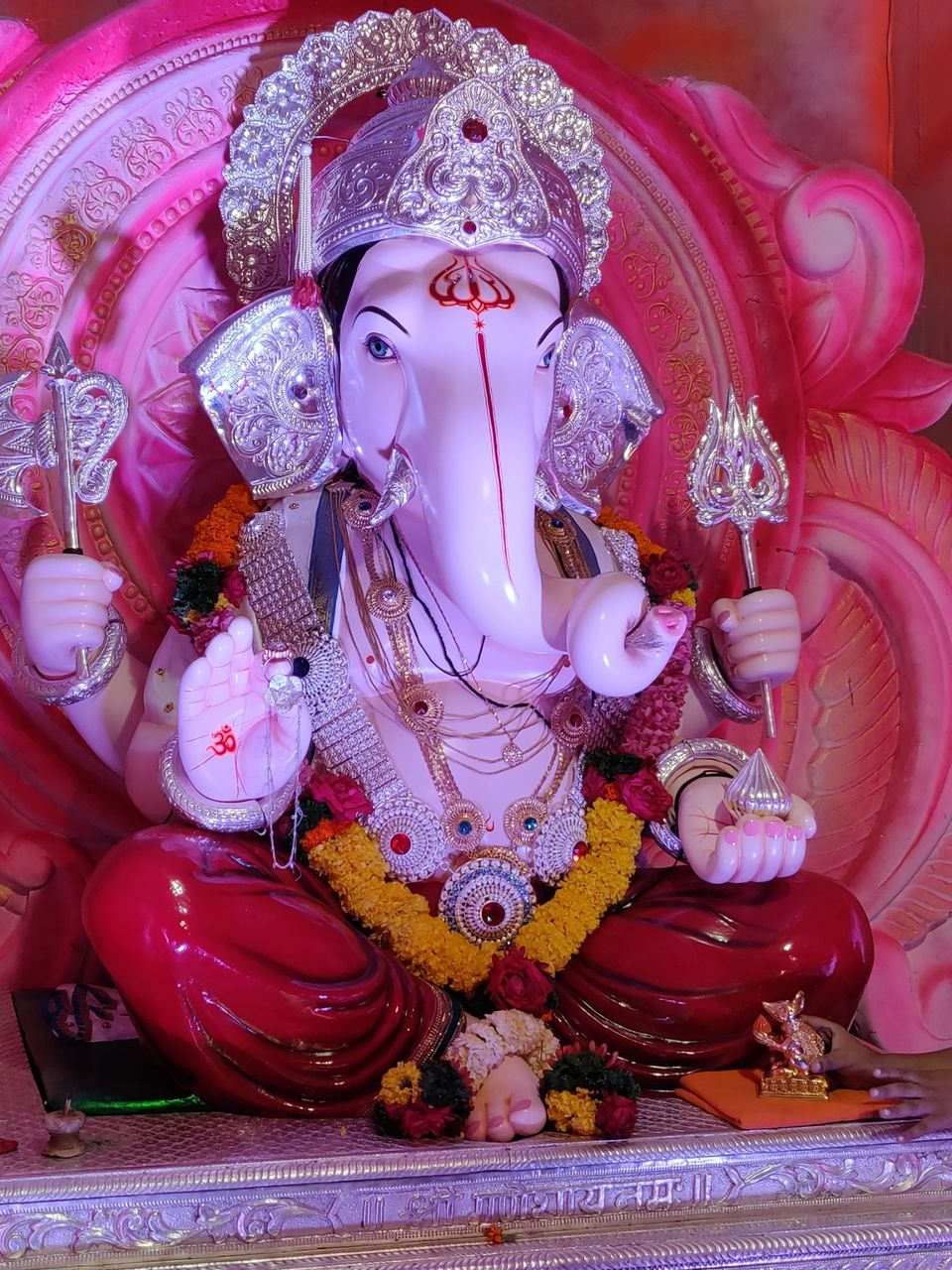 The Kasba Ganpati Pandal, also known as the 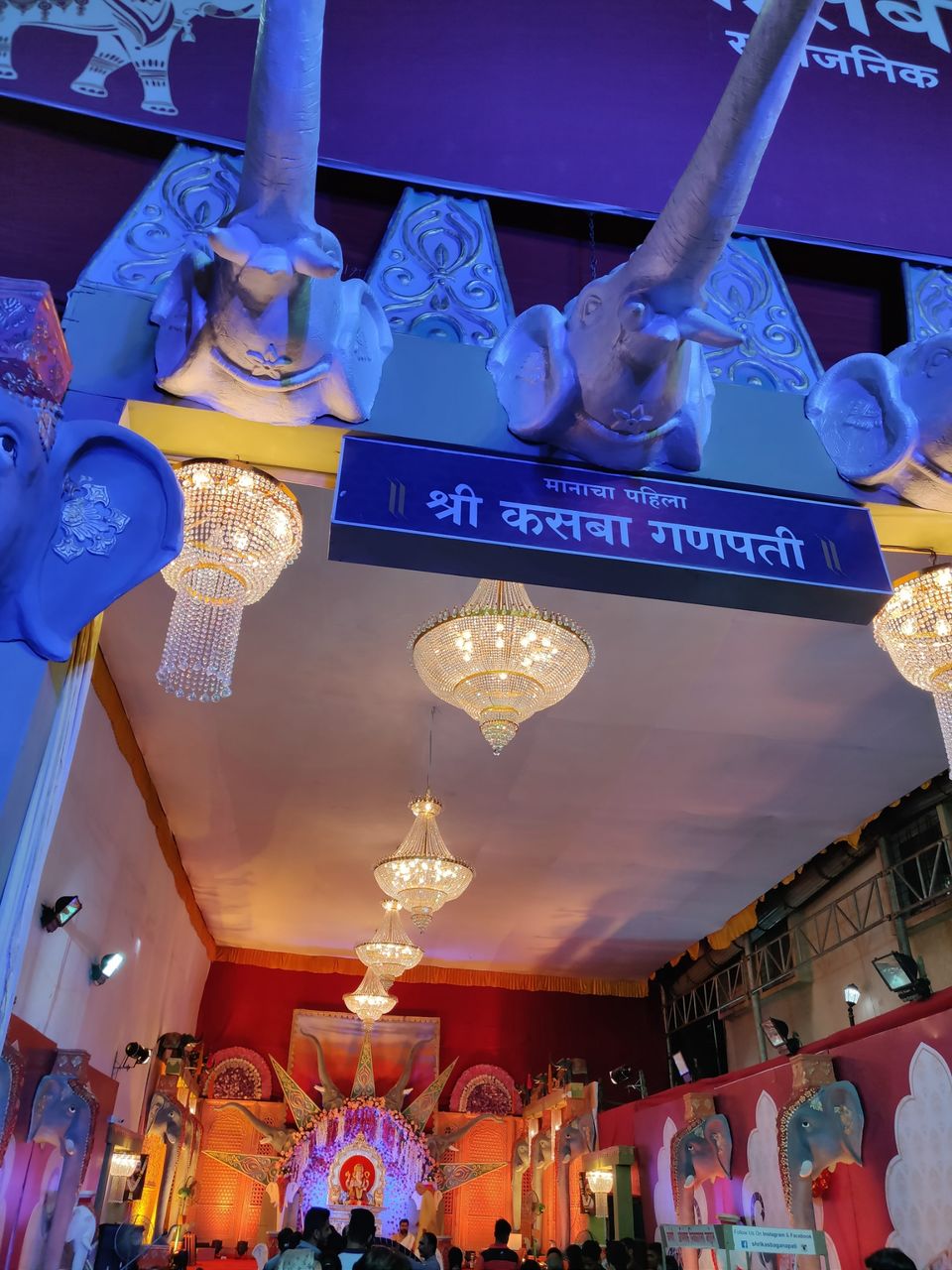 The Kesariwada Ganpati Pandal. Don't forget to notice the decoration in the backdrop. 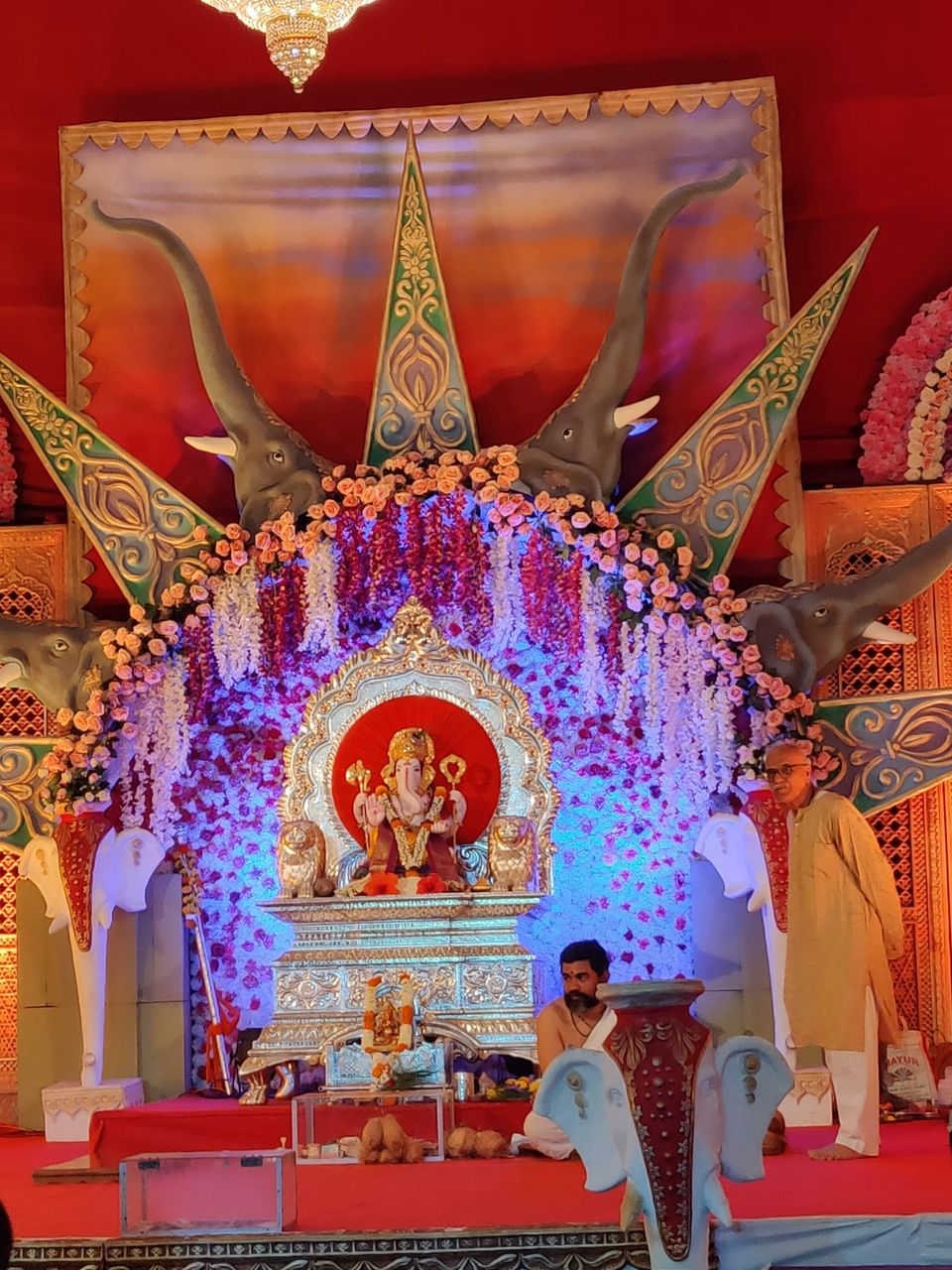 This is the maine temple of Dagdusheth Ganpati. It's one of the major tourist attractions as well for the place. 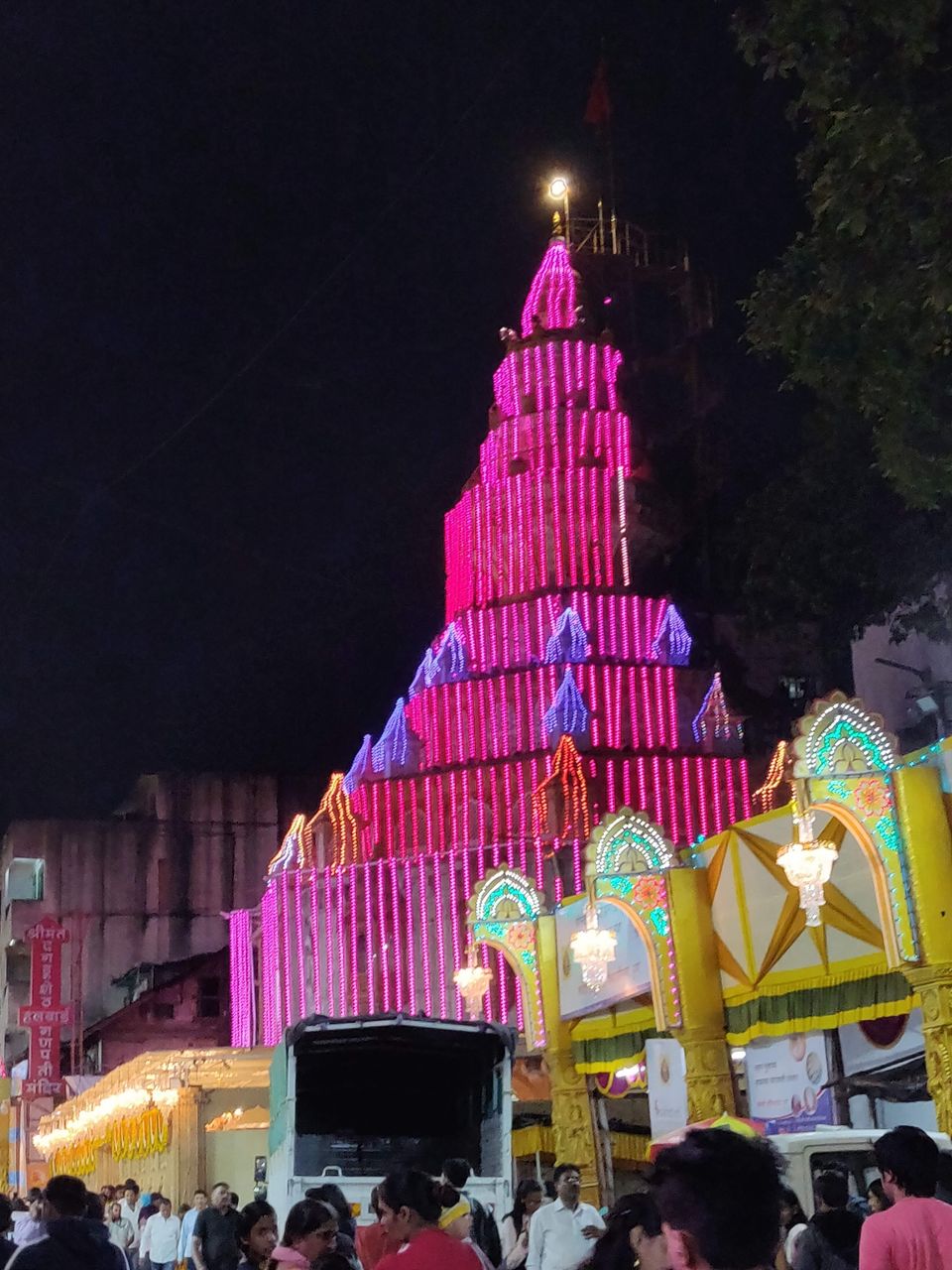 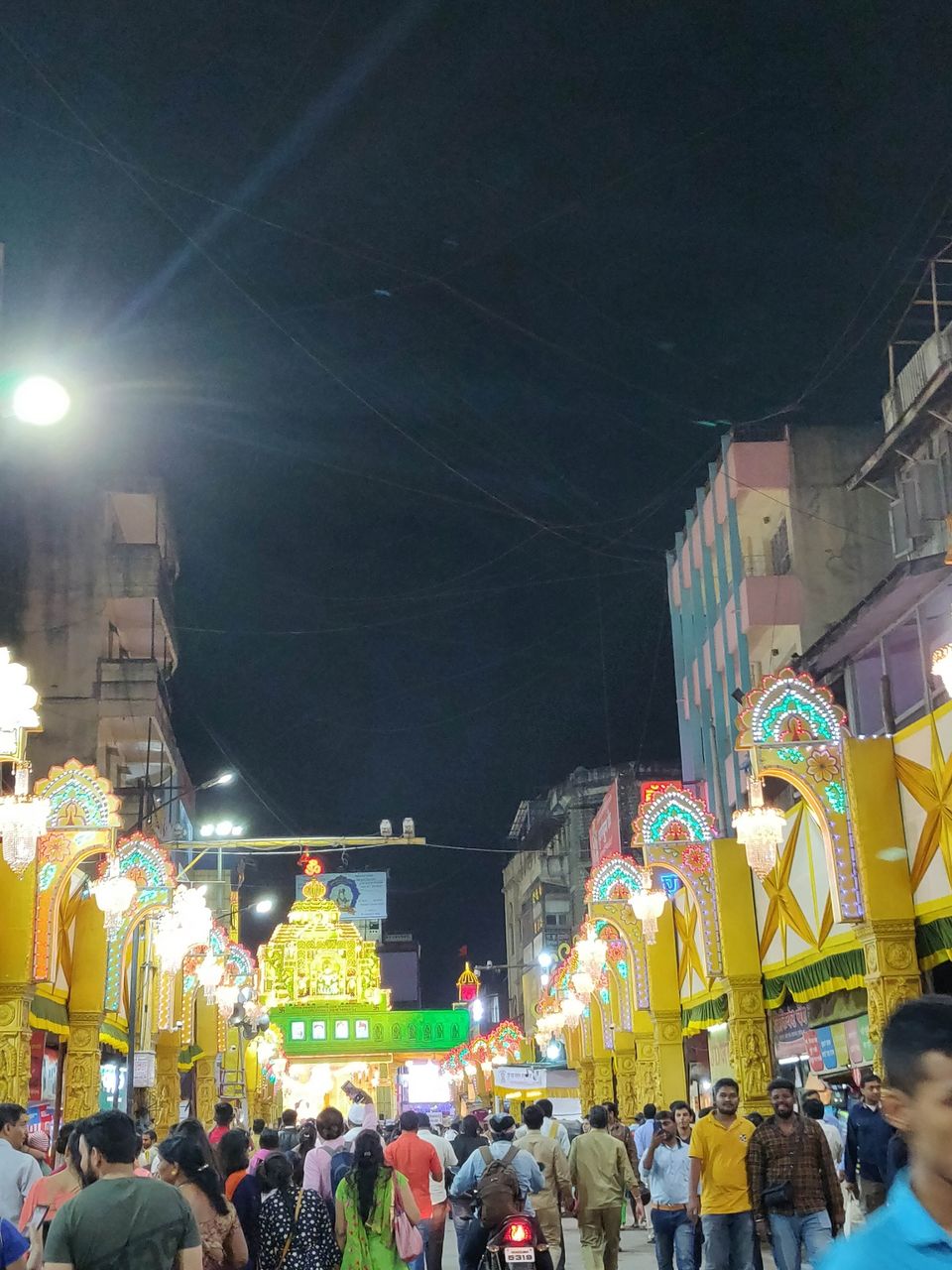 At the start of the festival, the Dagdusheth Ganpati Idol is kept at an outside Pandal made specially for these 10 days. 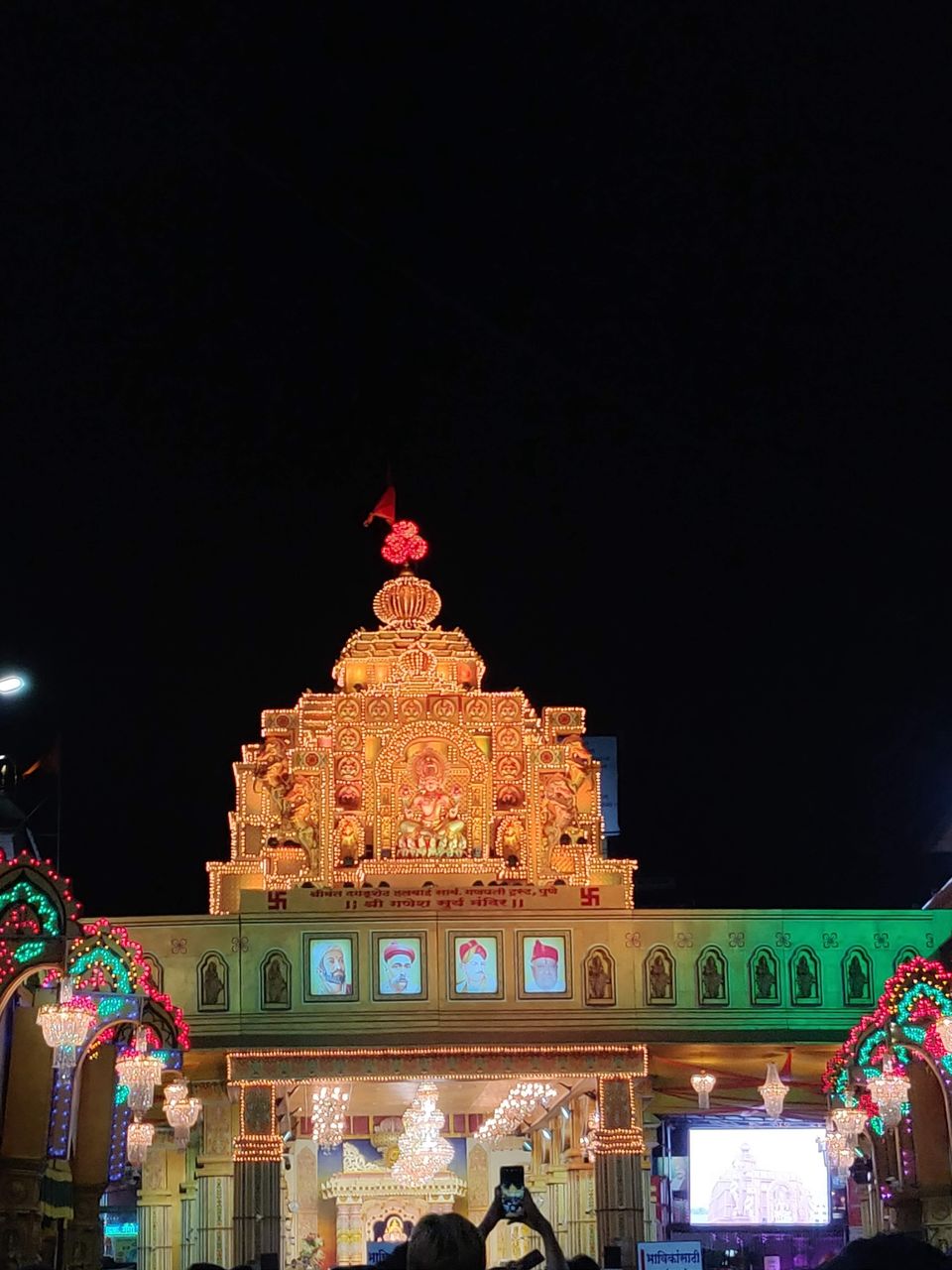 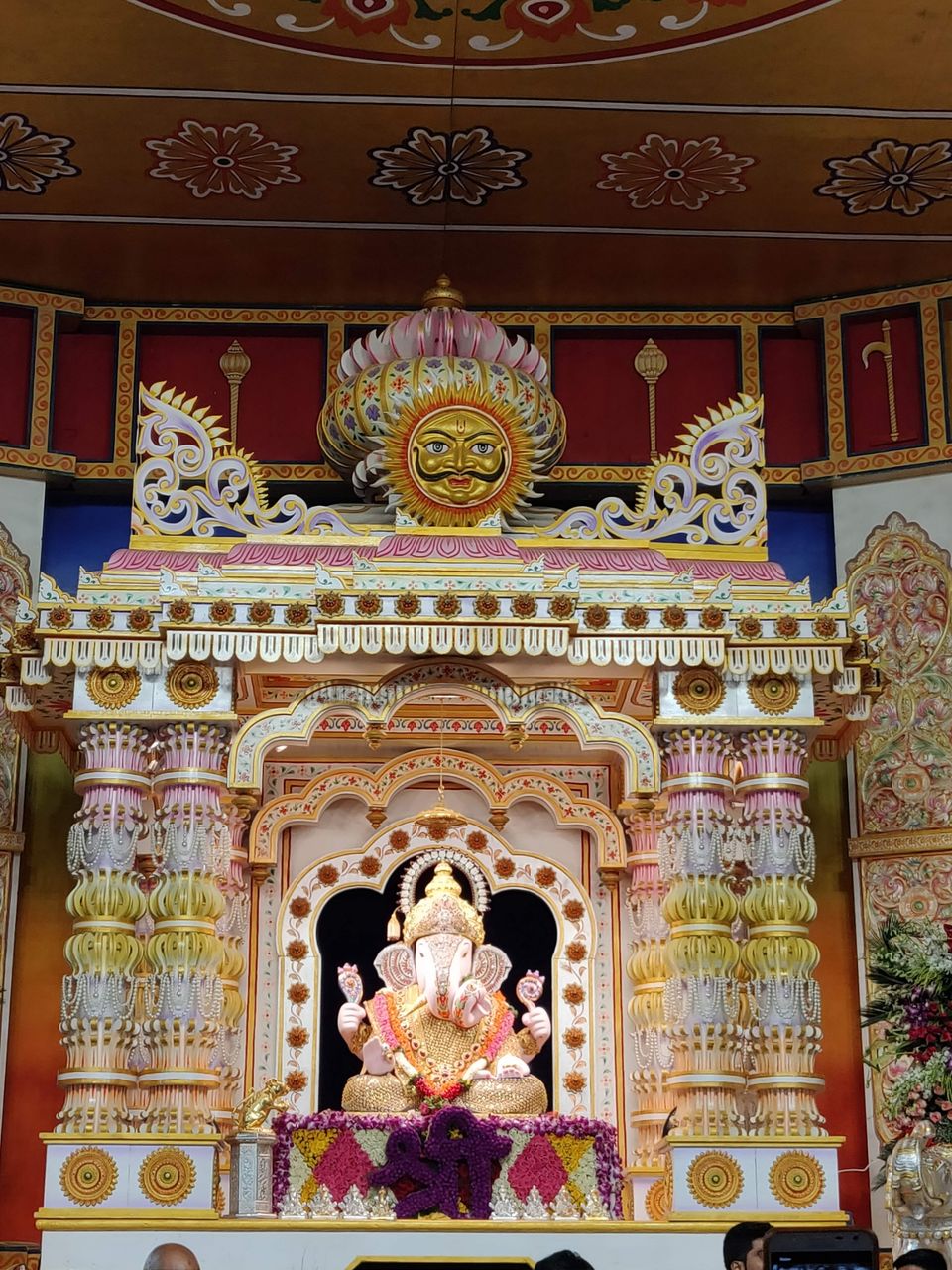 Another pandal just behind the Dagdusheth Ganpati Pandal which has been erected in the form of a Fort. 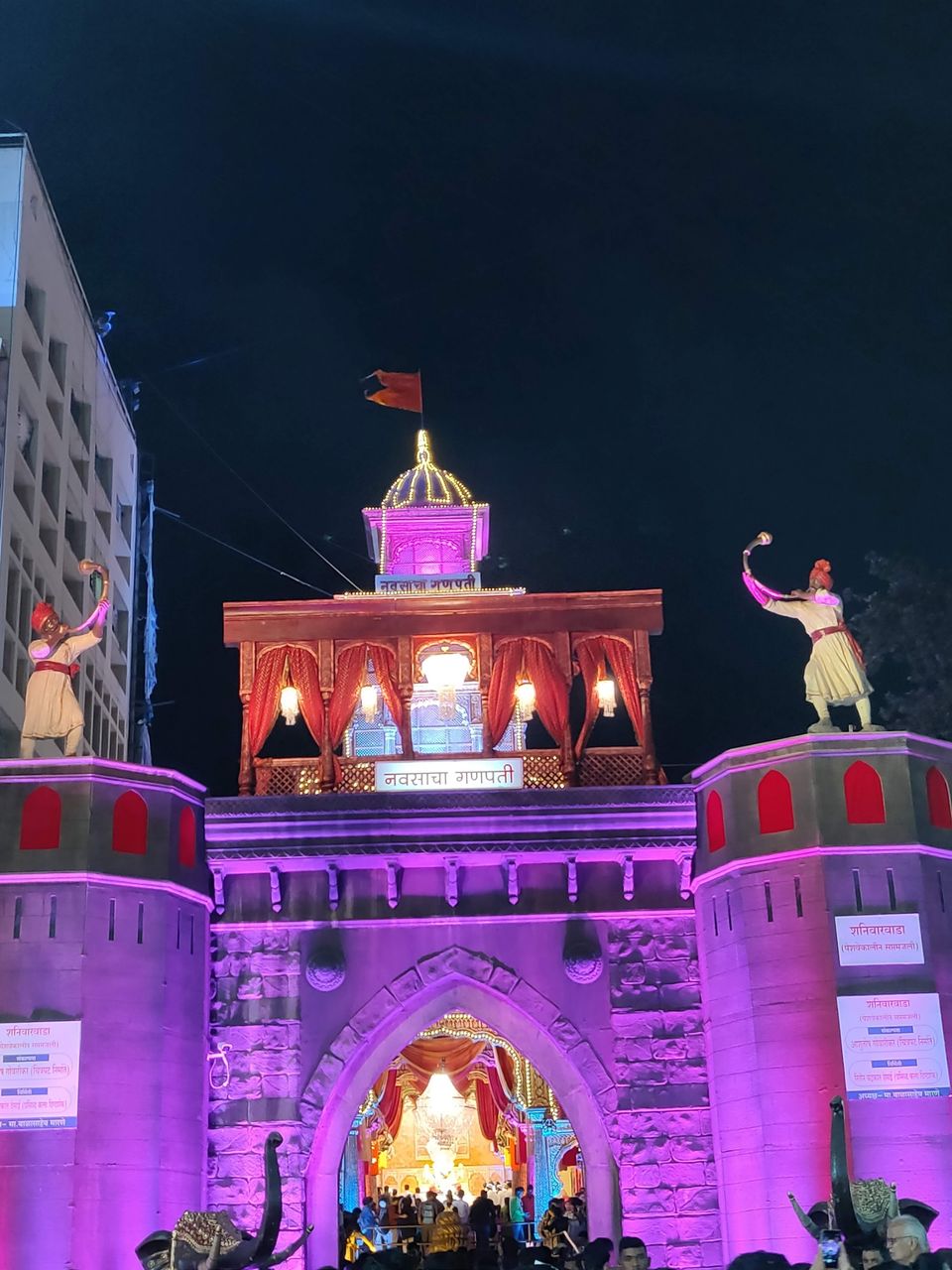 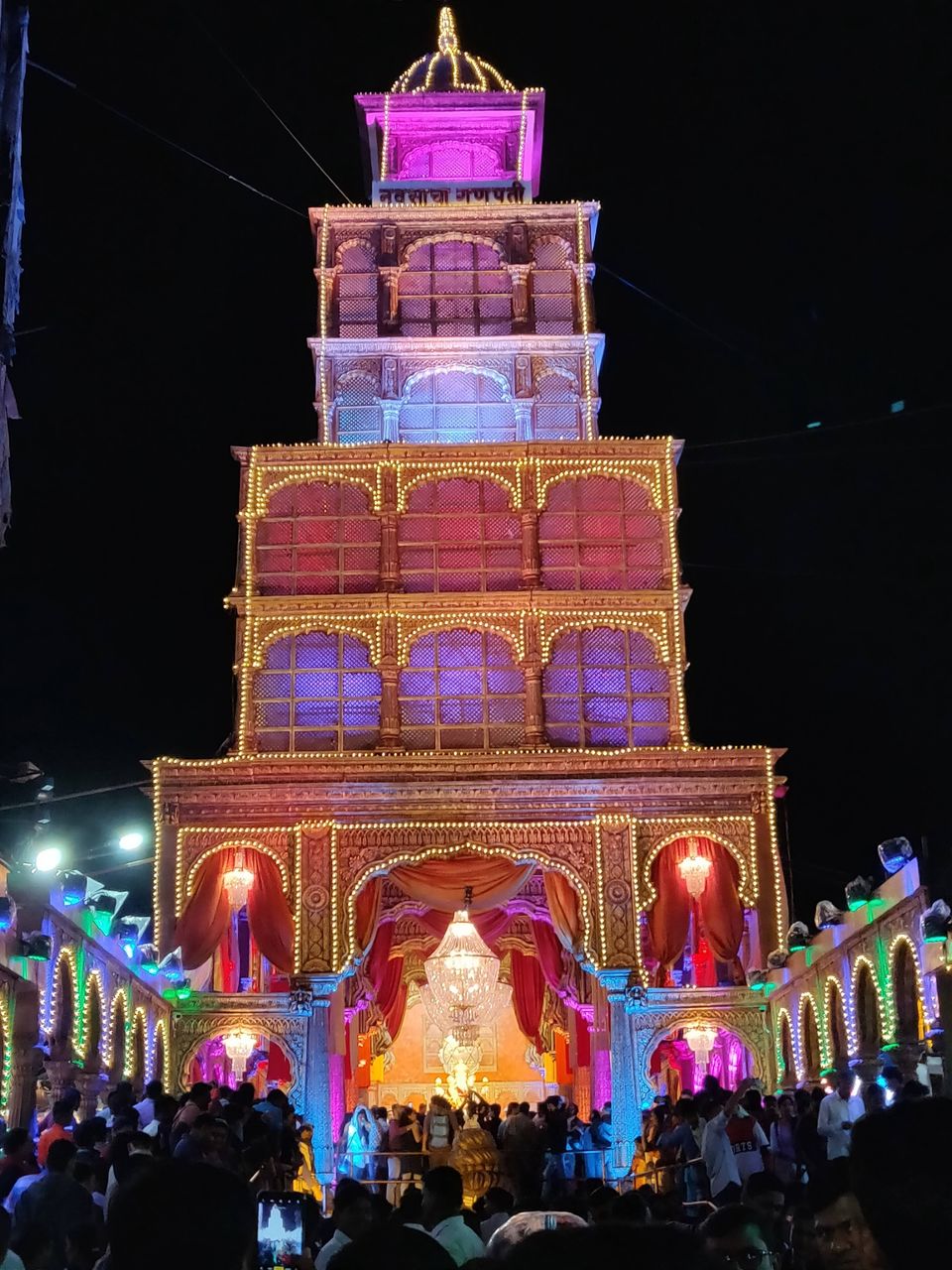 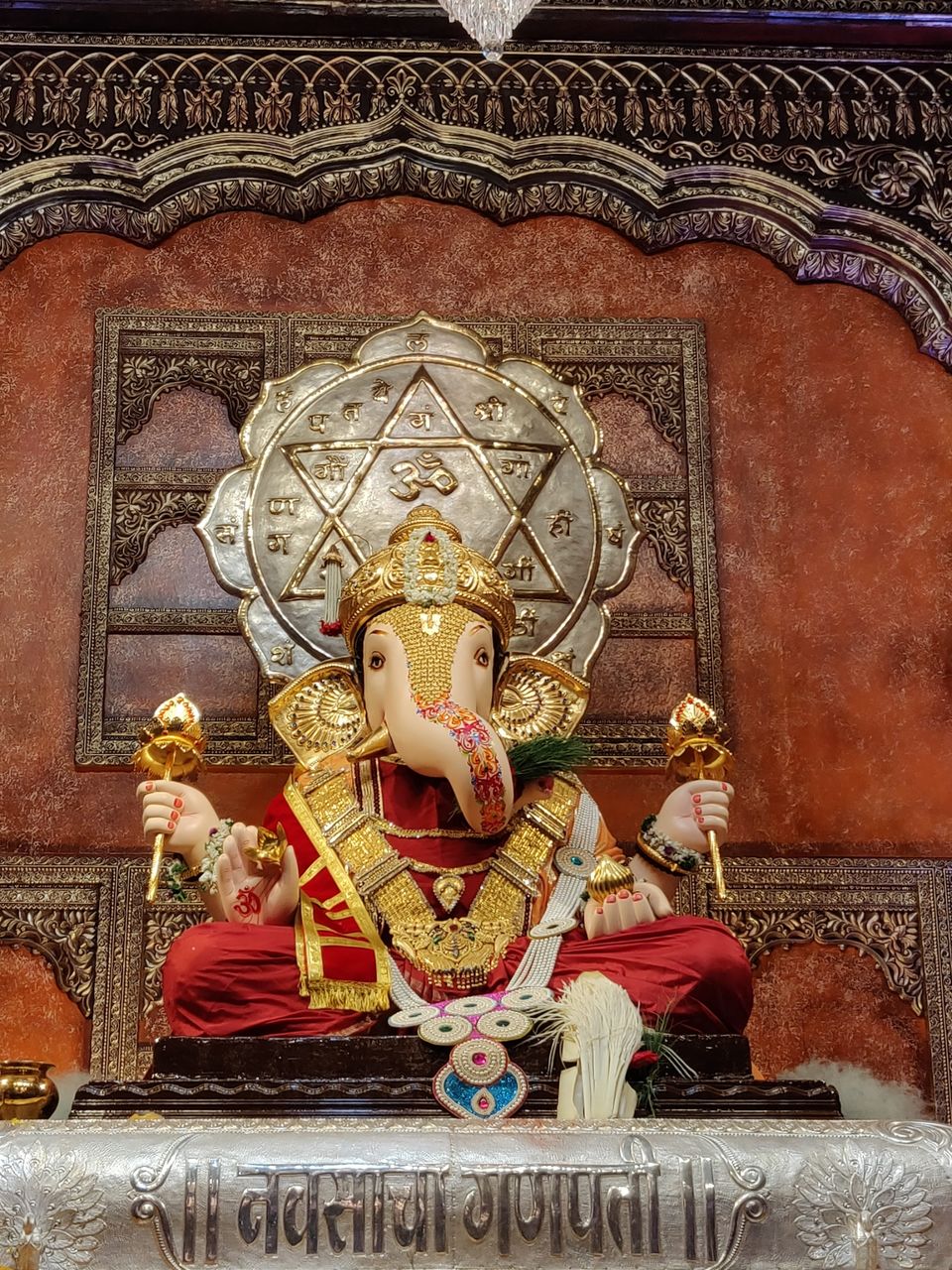 The 10 day long festival coming to an end and we bidding adieu to Ganpati Bappa,in style with a hope that he will come back next year even sooner and again the streets of Pune and the entire nation will be filled with joy. 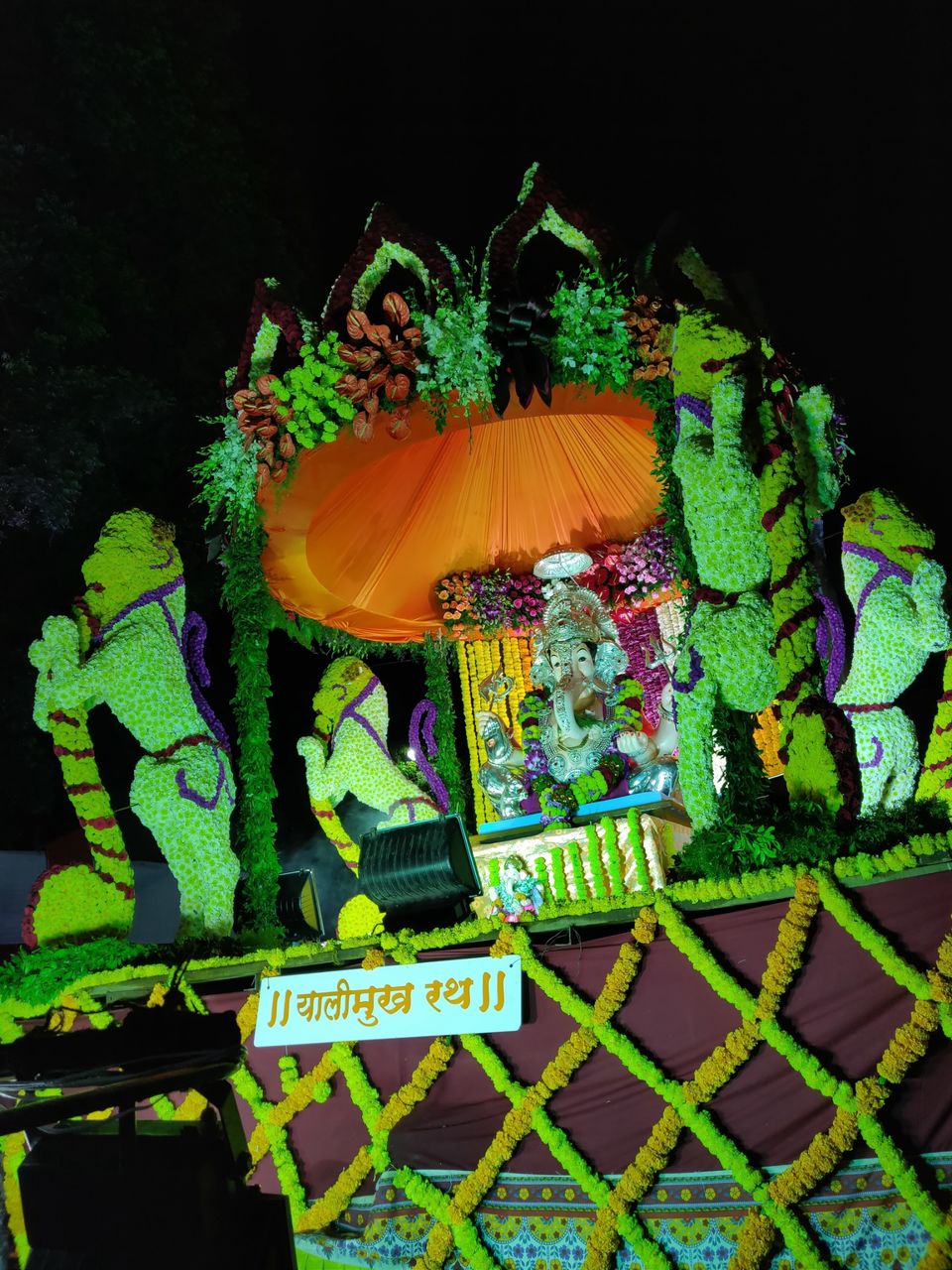 Another decorative structure clicked on Ferguson College Road, also known as F.C. Road, at the time of Visarjan (immersion) 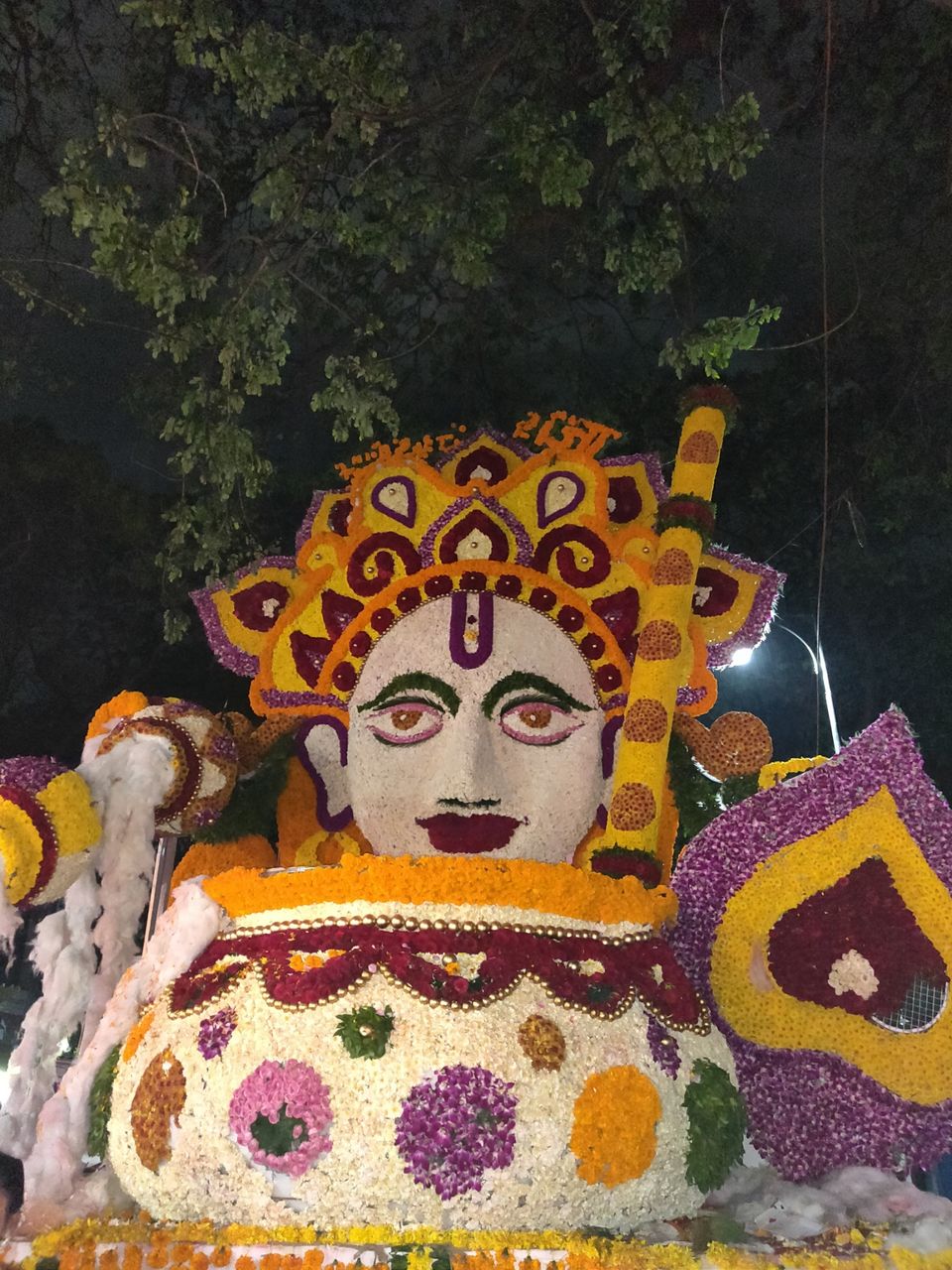 When travelling to Pune, definitely try to travel during the time of this festival. Its worth the watch.

Pune has to offer alot of things to everyone and here is one of those things. Staying in Pune for more than 5 years now, I managed to witness this madness just a year before the pandemic struck.

These festivals are the true essence of India,as it's rightly said, Unity in Diversity. Every 10 kms the language changes and so does the culture. Such is the beauty of our country, that is our responsibility to preserve it for the further generations to witness it.

Pandemic has made a lot of lifestyle changes all over the world. However this is one change that hurts the most. India is known for its festivals and we are forced to stay at home during such times.

Hoping with Ganpati Bappa coming this year, we get back to a little normalcy again.