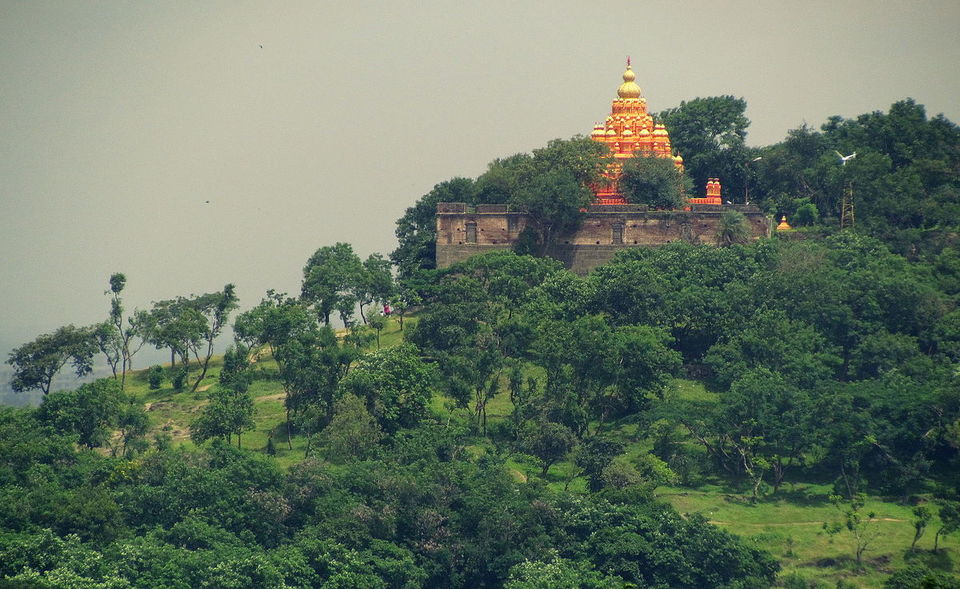 Easiest route The hill has 103 steps, which is the way to the top of the hill.

Parvati Hill is a hillock in Pune, India. The hillock rises to 2,100 feet (640 m) above sea level (It includes Punes MSL which is 560m from sea level, so effecitvely it's 80m(263 feet) from ground base). Atop the hillock is the Parvati Temple, one of the most scenic locations in Pune. The temple is the oldest heritage structure in Pune and was built during the rule of the Peshwa dynasty.For visitors, Parvati hill is also an observation point that offers a panoramic view of Pune. It is the second highest point in Pune (after Vetal Hill). The hill has 103 steps leading to the top of the hill where the temple is situated.The hill was owned by the Patil named Taware . Peshwa purchased the hill from this patil to build a temple of shiv . The Devi temple was believed to be of Taware’s kulswami who’s angara was able to cure kashibai, peshwa’s mother’s injuries. Since then Peshwa was the regular visitor of this temple

The main temple, Devdeveshwara, is made of blackstone. It was completed under Balaji Baji Rao, in 1749. Other temples are dedicated to Vitthal and Rukmini, Vishnu, and Kartikeya.

Parvati Hill has 5 temples atop it:

Along with other temples of surya ( the sun )and bhawani mandir The temples open at 5:00 am and close at 8:00 pm.

Besides the temple, the Peshwa Museum is situated there. The samadhi of Balaji Baji Rao lies, where he spent the last moment of his life. Parvati water tank supplies water to the half of the city of Pune.