Join The Journey of Spicy and Mouthwatering Bhutanese Food 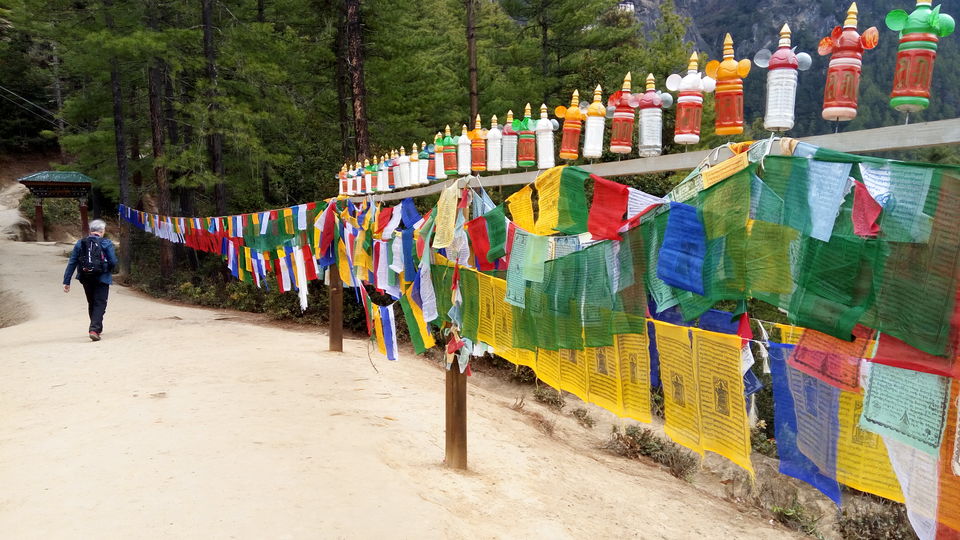 Traditional Bhutanese food has been influenced by its neighboring countries like India, Tibet and China. The main dish, which generally includes rice(red or white), seasonal vegetables, and meat are generally cooked with cheese or chili. The local food is heavily seasoned with red chilies and can be quite hot.

It is the most popular and favorite dish of Bhutan, where Ema means chilies and Datshi means cheese. As it says it is a mixture of chilies and cheese. Dish is made either with red or green chilies , local yak cheese and good amount of butter. You can find this dish almost anywhere in Bhutan and surprisingly it tastes different everywhere though they uses same ingredient but method differs. Unfortunately I forgot to click the picture of the sumptuous dish as we dig in right away without wasting any time :p

I have taken liberty to get below picture from Internet and its just for reference.

Unlike Ema datshi, Kewa datshi is pretty mild and smooth dish where Kewa means potato and Datshi means cheese. The dish is made with thin sliced potatoes, butter and generous amount of cheese. The place where we tasted this dish added twist by adding Onion and green chilies which added slight spice to the dish.

Jasha Maroo simply means spicy chicken curry. The dish had base of chilies, onion, tomato, garlic, coriander leaves ,ginger and diced chicken. Though often called a stew, there’s actually a hefty portion of chicken broth in the finished dish. Like most Bhutanese food, it is served with red rice.

Despite of the location you will get red rice every where in Bhutan from 5 star restaurants to outdoor village side restaurants. Red rice is extremely significant and wholesome food item in Bhutanese food culture. Just one serving of Bhutanese red rice will give you 80 percent of your daily requirement for manganese and 20 percent of your need for phosphorus.

The red color of the uncooked rice comes from the flavonoid anthocyanin. As it cooks, the color fades to a pink and the texture becomes squashy and sticky. Red rice mostly served with various types of curries.

Suja or butter tea is national beverage of Bhutan. It's made with butter, salt and tea powder. We expect tea to be sweet but suja is quite different in tatse than usual as it taste salty because of butter and salt. Butter gives it smooth taste but if you are chai (Indian tea) lover then you may get disappointed a bit. But as they say 'When in Rome, do as the Romans do', whether I am in Rome or not.

Momos is definitely most common food item you will find in all restaurants and food joints across Bhutan. They served piping hot, filled with vegetables or minced meat,cheese and consumed with lots of Bhutanese chili sauce known as ezay.

Deep fried momos, which are fried in oil after being steamed. And also consumed with lots of Bhutanese chili sauce known as ezay. Let’s just say, when ever you’ll be in Bhutan there will be no shortage of momos ;)

Chhurpi or Durkha is hardened cheese consumed mainly in the Himalayan region of Nepal, Tibet and Bhutan.

Chhurpi is made out of yak milk. After the curds are cured at room temperature for 2-3 days, the cheese is sliced and left to dry in the sun or dried in the oven on low heat. This type of Chhurpi becomes very hard and lasts many years. If stored properly in yak skin, hard Chhurpi can be consumed even for 20 years.

I don't know the exact name of the dish but this is the best potato dish I had ever in my life. The potatoes mix with onion, garlic, ginger,cumin and lots of red and green chilies.it is kind of spicy and the hell of tasty. Yummy!!