This guesthouse is simple and clean with everything you need in a single room, there was a washing machine, fridge, stove, cupboard and a toilet with shower area all in a triple room. The room had a double-decker bed and a single bed. It sounds like a spacious and big room, but it's not really the case. Honestly, it was quite cramped and better if you're going with close friends. For me and my friends it was ok, though we had to admit it was a little smaller than expected. But since we were out most of the day and only utilized the washing machine, toilet, cupboard and beds we had nothing much to complain about. We were given two sets of keys for the triple room, so if you do stay, it may be a little inconvenient. The best thing about this place is the proximity to the MRT station, only about 5 minutes walk through a street with lots of shops and food. There are alot of food ships around the area as this is close to SKKU (Sungkyunkwan University), so if you're hungry in the middle of the night, I also found a 24-hour eatery with pretty decent Ramen. The only downside is that you have to book this place earlier and if you get there and want to change your room type due to last minute changes, the lady boss isn't very flexible. After booking, you are required to pay a certain percentage of your whole stay and it's non-refundable. But overall, great place, considering the amount of food and shops in the area and if you're just going to use the guesthouse to rest after a long day, it is very convenient! 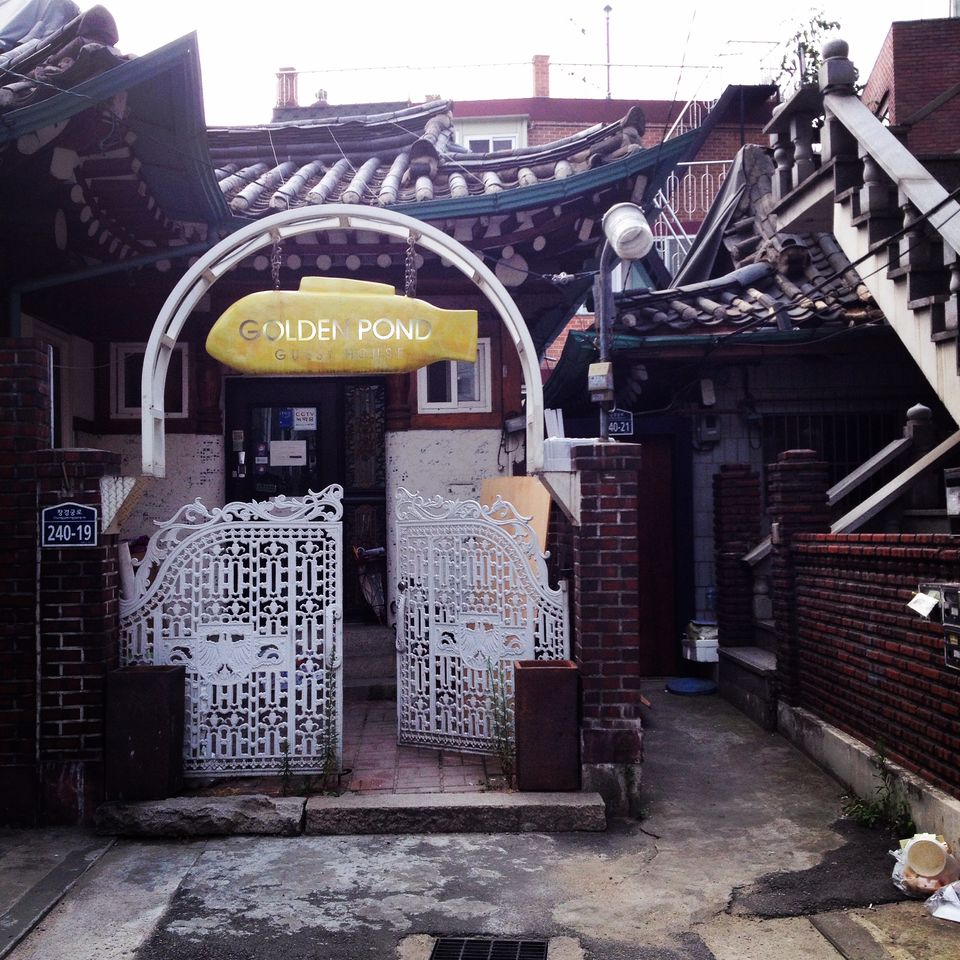 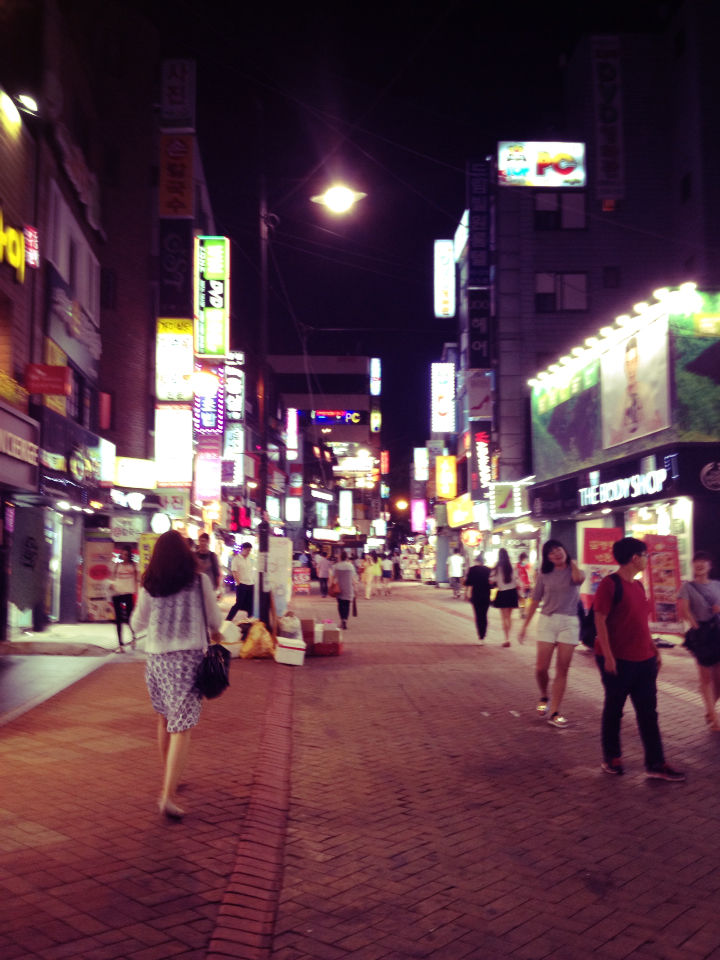 There are a few ways to get to the top and reach N Seoul Tower - cable car, car or by foot. So, as crazy young people, we decided to take the challenge and get to the top by foot. We got to a MRT station first, then found a direction that took us to the bottom of the mountain and started climbing at about 3-4pm. It was ok at first, but then we realised it was quite alot more to go. But as caught the sunset along the way and it was not too bad. Koreans are very healthy, and as we were climbing up, we saw many koreans wearing sporty outfits and look like they were just casually walking. So if you're an experienced hiker, this is probably not a bad idea as there are alot of greenery and fresh air along the way up. It took us about 1 1/2 hour to reach the top, and we were quite proud of ourselves. But anyways, there's a souvenir shop and the items inside are quite unique/modern with a korean twist, very good as a gift to people back at home. There's a place where you can lock your "love" locks, and its said that if you lock the locks there your love will last forever (some of the locks were really rusted), it's quite sweet also. We then made our way down, but by a different route that would take us to Myeong-Dong (the land of shopping and food goodness), we reached Myeong-Dong at about 8:30pm. 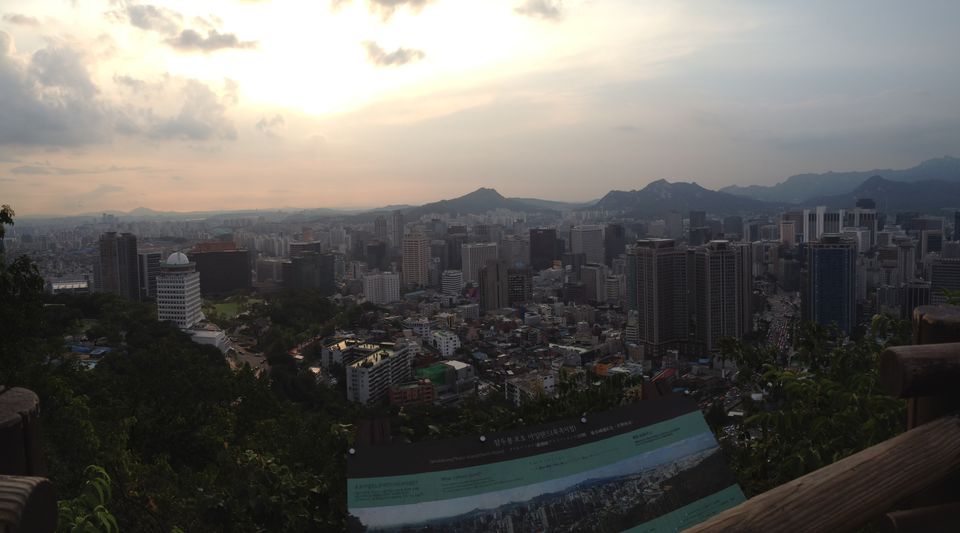 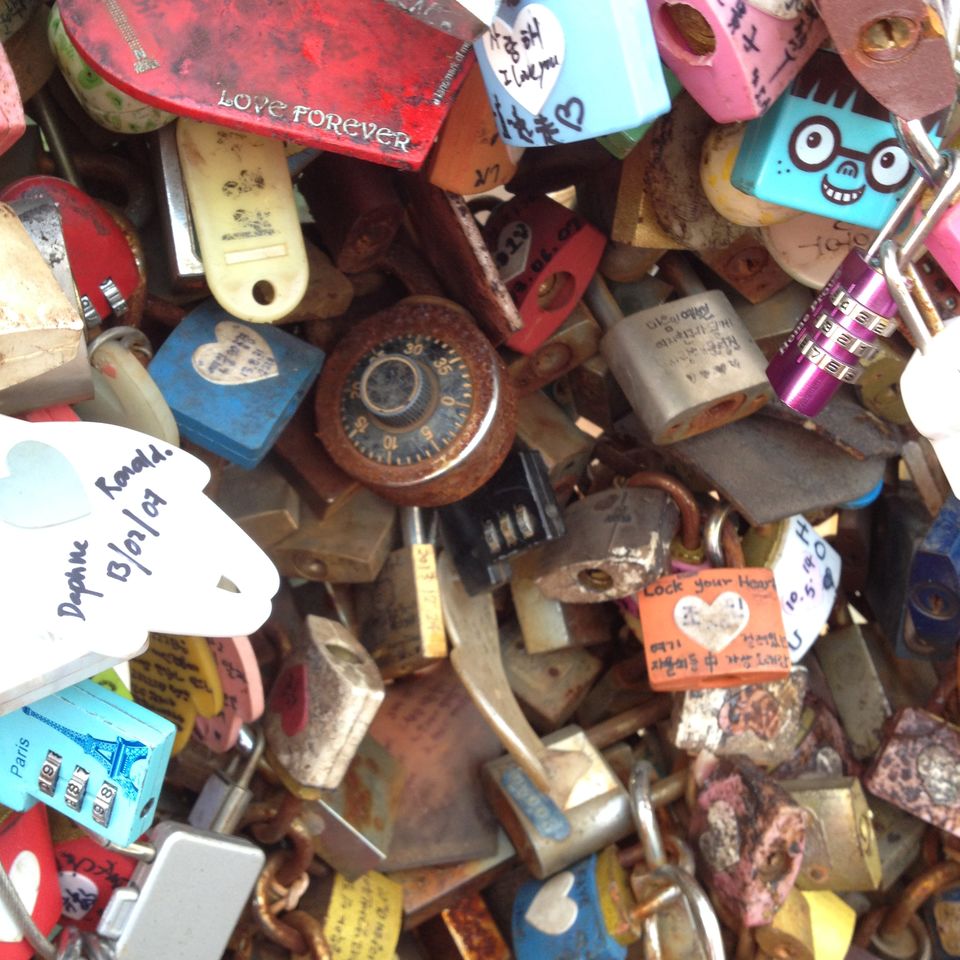 Jump performance in Korea is a martial arts play, thats really amazing with comedic elements (like extremely funny), and they have performed on international stages too. Ok, so listen (or read). There's a seoul tourist center (KTO) that has "Rush tickets" for most performances in Seoul. Rush tickets as explained by the KTO website: "KTO Rush Ticket Feature: Rush Ticket offers last minute discounts of up to 70% on performance tickets. The tickets can be purchased only on the day of the show. The tickets are available at KTO’s Tourist Information Center (TIC), where visitors can also get tourism-related information. Payment Method: On-site payment" http://english.visitkorea.or.kr/performance.kto?cmd=intro&md=enu&lang_code=ENG The thing about these tickets is that you have to buy only on the day of the performance. But I can tell you it's TOTALLY worth it. Ok for the Jump performance tickets the prices range is VIP seat: 60,000 won R-seat 50,000 won S-seat 40,000 won The day of the performance I went down to the KTO to get two tickets, expecting say a 20-30% discount. I actually checked the seating for that day the previous night and there were no tickets selling, so I told my friend that I was going to KTO that morning to check if there were rush tickets, and if there wasn't it doesn't matter we can go explore elsewhere. But but but, the best thing is at KTO the lady was so sweet and she said that there are Rush tickets for the R and VIP category at 50% off so that would be R (25,000 won) and VIP (30,000 won). So she asked me which did I want, I was thinking 5000 won difference was actually not that much, but went with the R-category tickets anyways (5000 won can get me two good bowls of ramen). So essentially, the KTO will book the rush tickets for you by phone and give you a piece of paper with reservation ticket category, number of tickets and amount to be paid. You take this piece of paper to the ticketing counter at the performance and pay the discounted amount. We were pleasantly surprised when our seat was in the third row and right in the center! The VIP tickets probably around the 1st and 2nd rows. But we thought it was the extremely worth it to make the trip down to KTO in the morning, at 25,000 won - third row & center (I guess we were lucky also) , it really doesn't get better. The performance was also amazing AND amazingly funny. They speak in english and korean, but throughout the show there wasn't much dialogue, mostly just amazing stunts with great comedic timing! It is interactive too, they get one or two people from the seats to go on stage to go the stunts with them, and you get a souvenir for doing that. Despite the show premiering in 2003, the theater was totally filled with kids and adults. After the show ends, there is a meet and greet with the actors and actresses, you can get autographs from them or take photo with them, pretty great experience. If you miss this you'll regret. Oh and you can get there by MRT (metro) and walk about 5-10minutes to get to the theater. 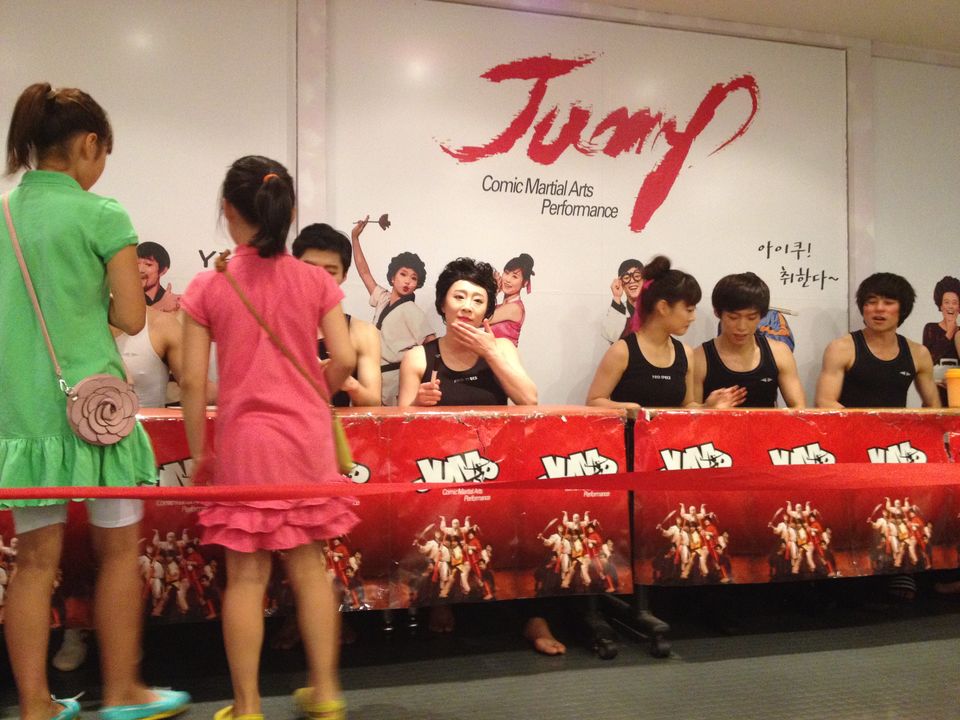 Shopping and Food!! If you're in Korea to stock up on your skincare and makeup products, this is the place where you can get EVERYTHING (like literally)! There are shops like skinfood, missha, tony moly, laneige, nature republic, etc (too many to keep count). The thing is, as you are walking around you may notice that the same brand has two different shops in Myeong-Dong, this is because these shops are franchised. So to get the best deal (sometimes certain shops have more discounts, or freebies etc), take your time to scout and walk around before settling on buying everything in a single shop. And after walking for a really long time, there are restaurants around the area to satisfy your hunger and fuel the rest of your shopping day. We came across this cafe called Osulloc, it's tea brand that originated from Jeju. They have a wide selection of teas with interesting combinations, though slightly pricier in Seoul than in Jeju. And they have this amazing Green-tea ice-cream that is like the best stuff on earth (Don't miss it if you like matcha flavoured stuff)! And of course one day here is not enough, so we came back here twice. With the amount of shops here (there are also zara, topshop etc), you'll literally shop 'til you drop. OH! and there's this ABC shoe mart thing (if you do come across), you can get really cheap and good shoes (Vans, converse, nike, adidas etc) that are genuine but comes in odd sizes, so if you're lucky they may have it in your size! This ABC shop appears in many places and the discounts, shoe styles and shoe sizes that they stock are all different. 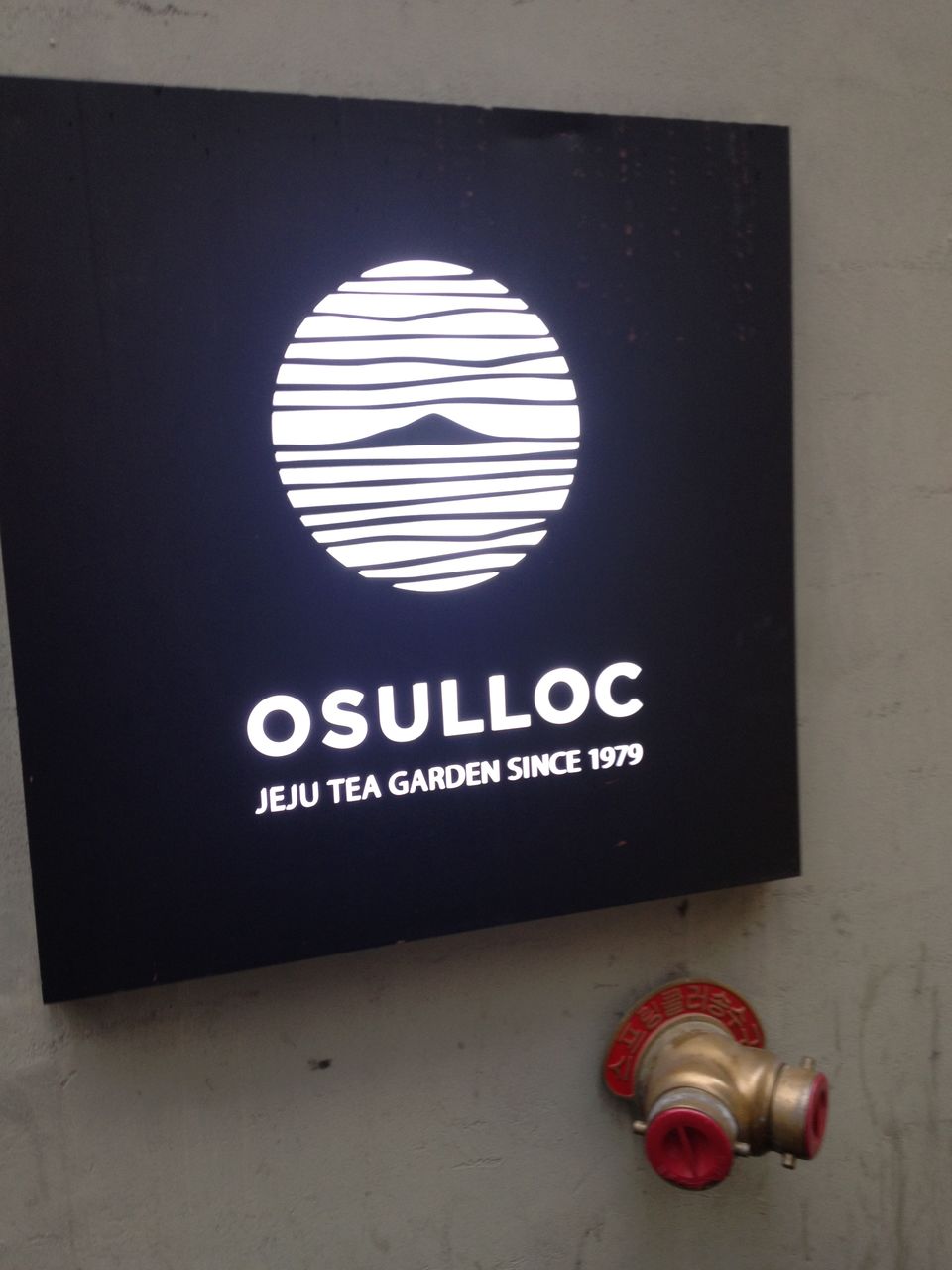 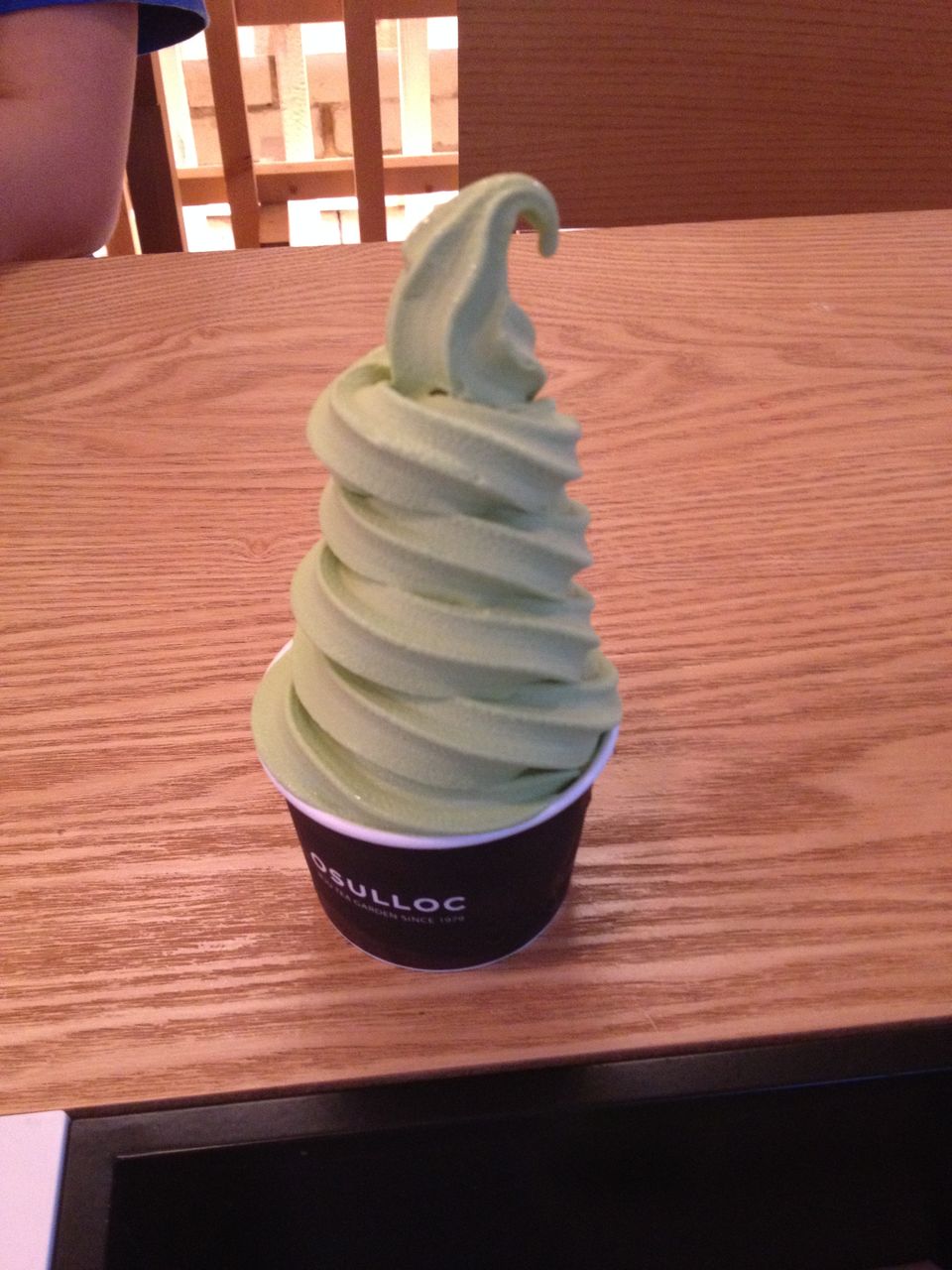 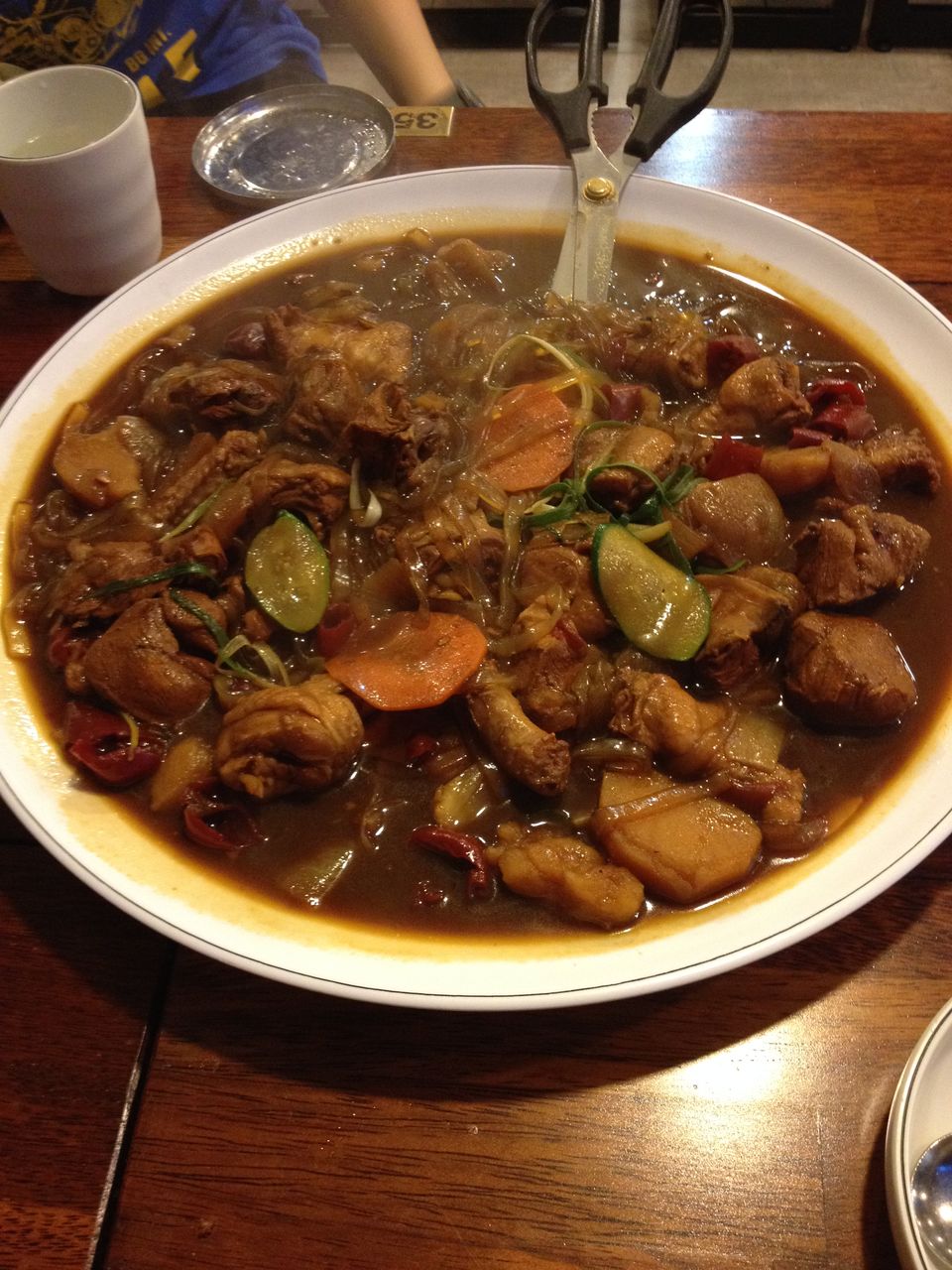