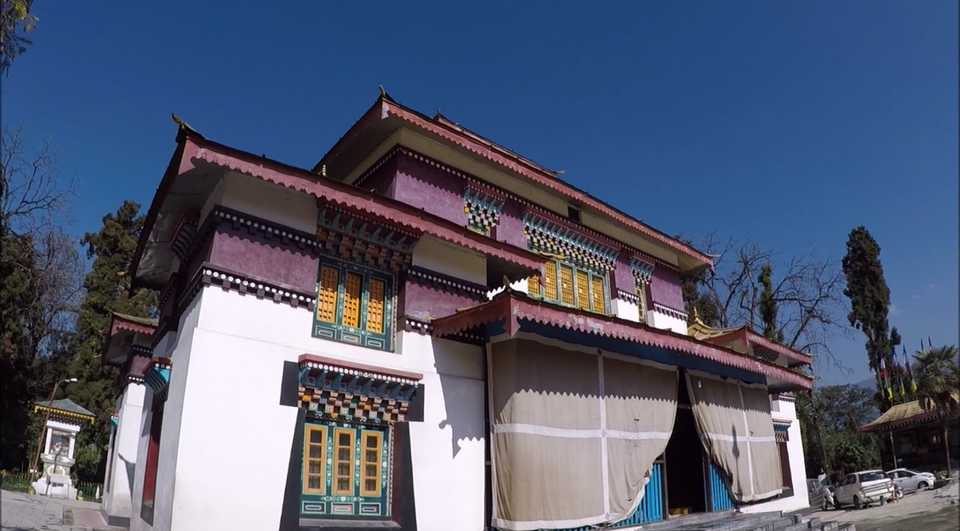 Enchey monastery is located at a higher altitude. It is around a kilometer from the White Hall and next to the looming TV Tower. It is famous for its Chines Pagoda style design.

200 years ago, this was the site of Lama Dhrupthob Karpo, a lama and tantric who performed superhuman feats. The legend says that he flew from South Sikkim to this place. It is known that he established the monastery in 1840.

It was later reconstructed in the year 1908 by the 10th King of Sikkim, Sikyong Tulku. The monastery accompanies a unique architecture which is an artistic evolution of Gyanak Riwo Tse-Nga or the sacred mountain with five peaks in China, which is the spiritual place of Jampalyang.

To the northern Buddhists, he was known as the god of knowledge. And therefore, this was one of the most recognized Monastries in Sikkim.

The entrance towards the main shrine depicts the Kings of four cardinal directions that protect the monastery and the whole universe. There are other buildings here for younger monks. There is a shrine where even the sick ones can come and offer their prayers. The monastery follows the Nyingma Order of Buddhism.

A masked religious dance known as CHAAM is performed on the 28th and 29th day of the Buddhist calendar year which usually falls in December.

There is no admission fee.