The Frozen lake and a tanned nose

Dhankar, a few kilometers away from Tabo, is quiet and calm. And after a starry and cold night at Tabo, we decided to go to Dhankar lake after Google had enticed us with beautiful imagery of the place .

We reached the monastery with the car we had booked, a Toyota Innova, which to say the least was a comfy ride for the 5 of us.After bowling to the budding young cricketers at the monastery who were keen on showing their skills to “foreigners” like us, we decided to walk to the lake.The reason I use the term foreigners is because, to them, we appear to be people from a totally different land altogether because we don’t look like them, don’t eat the same food as them and neither do we speak the same language. But well that’s why I guess this country is one hell of a place to be in right !

Anyway, just like the warning from the boys at the monastery, the walk was to be a long one. The distance was just 2-3 km they said. However, when the boy said it would take about 2 hours to cover, I just sneered at him as if to say that “Kid, 2 km would take me less than an hour!”

Whilst the rest of my group was apprehensive to take the walk, I was somewhat overly enthusiastic and confident. I wouldn’t blame their spirit as it’s a quiet and secluded place, with no directions given on how to reach the lake. And much to our bother, we were very hungry as it was almost 12 in the afternoon, and it was quite a game earlier.

However, we decided to proceed, accompanied by 2 furry canine companions, who it seemed had taken it upon themselves to take care of human beings who crossed by, decided to accompany us till our destination.

After walking for some time in the wrong way (owing to the lack of GPS and directions), we saw an arrow on a boulder pointing forward, and half guessed that it would probably be pointing toward the lake. With nothing to lose, we proceeded to go along the direction of the arrowhead anyway.

After about an hour of huffing and puffing and pulling ourselves, and feeling much like a steam engine, three of my friends wanted to take a quick break, as they found it hard to breathe.

(This is a reason to be concerned about, however, one should be fine as it does not affect you badly. It’s helpful to carry a tablet of diamox with you to battle altitude sickness and stay hydrated, although you would never really feel the need to drink water )

However, my other friend, one of the dogs and I still wanted to complete the journey. We treaded along the steep terrain for about ten more minutes where we saw a board with directions and distance left. ( <---LAKE 4250 MT).We were relieved as we realised that we were getting closer and the terrain had started becoming flatter.

Approximately twenty minutes later, like an oasis in a desert, behind the rock ledge, we saw it – the frozen lake. With mountains guarding it all around, and like a white canvas on the ground, the lake lay spread ahead of us, waiting for us to paint it with the colours of our journey, our experiences gained, our dreams for the future. Just like the thousands of travelers had done before us, and future travelers probably will

The little dog ran onto the frozen lake, like a child would run to its mother’s open arms and started playing on the frozen lake. My friend and I just stood by each other there in silence with the music of nature playing inside our heads.

I decided to step on the frozen lake, after all it’s not every day that a South Indian such as myself gets to visit one. I was literally standing on the frozen lake, one that could engulf me into its chasm with all the water around. Just like how all of would dwell on our dreams, I was literally standing on a thin sheet of ice.

My friend tried the strength of water at it’s freezing point as well. Sitting there was the best detox a person could get. I felt like a new man. “If this is how heaven looks, I don’t want to go back”, I thought to myself.

What went unnoticed for long was the perfect April sun blazing and the frosty breeze having a constant battle with my skin, which had eventually given way and cracked in rebellion. We retreated slowly only to hear the concerned echoes of our friends calling our names out. (as we had been gone long, and they were worried sick)

The first thing they asked us when we returned was - “Was it worth it? Was the climb and the walk through this terrain worth all that effort man?!” Smiling, I winked at my friend and said “ Our noses have tanned ‘innit?” 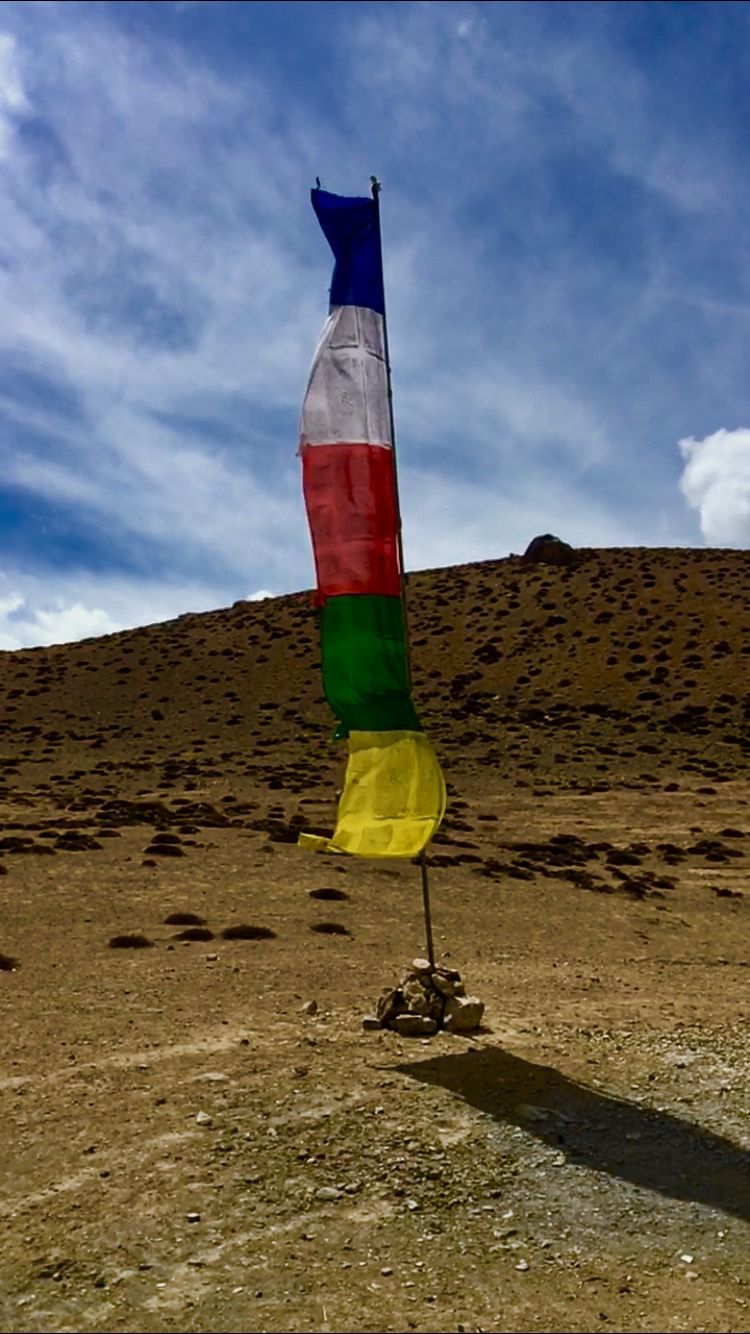 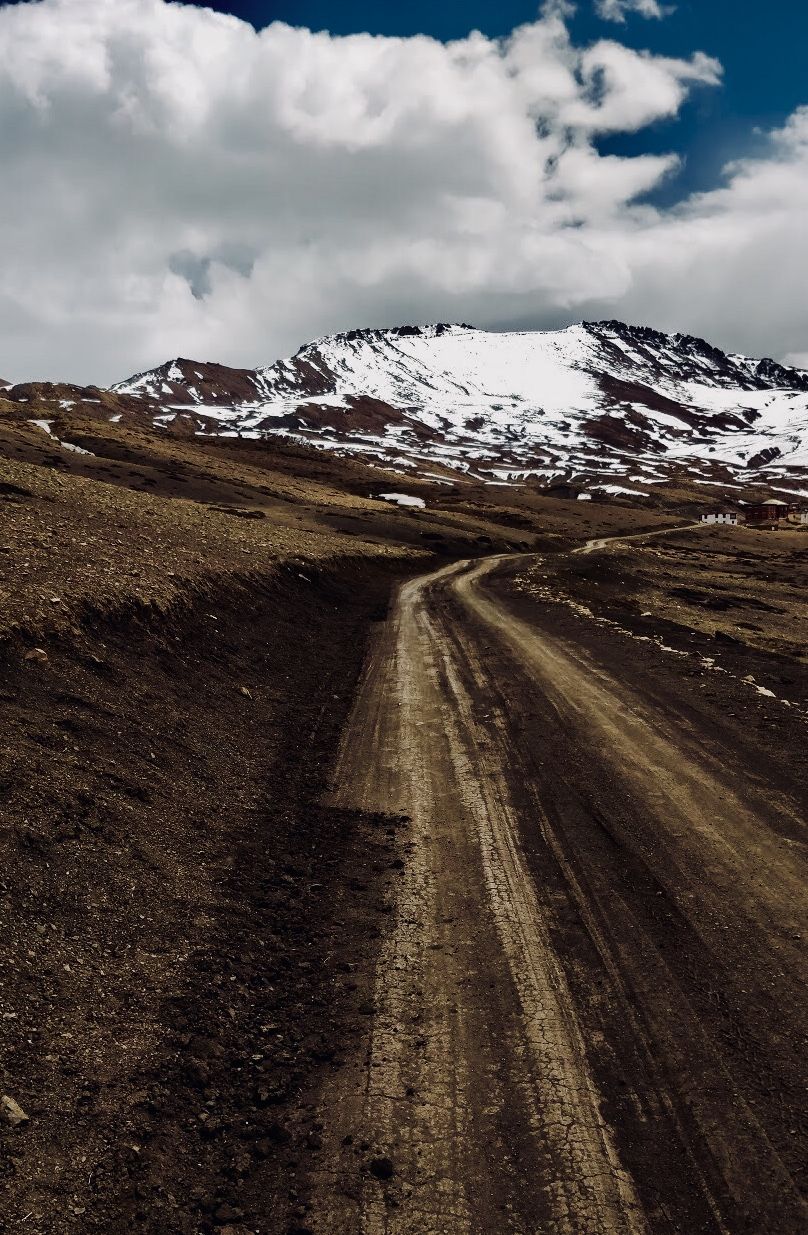 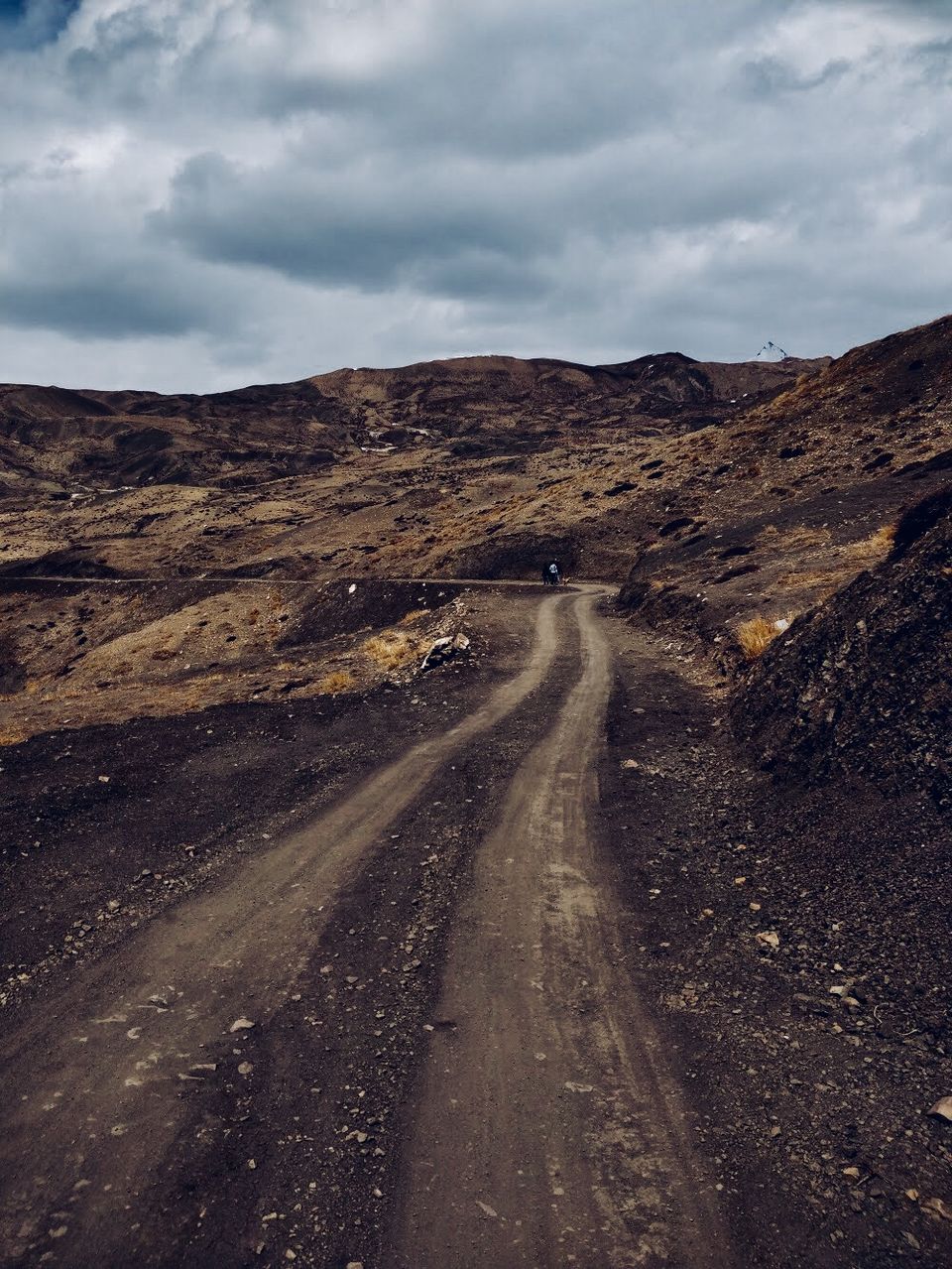 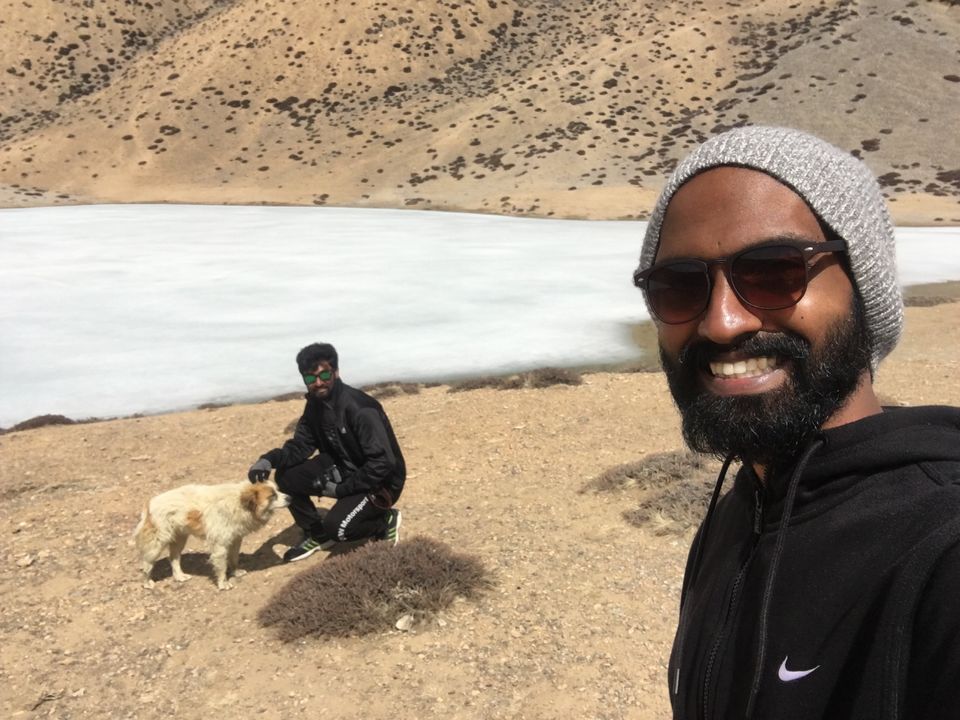 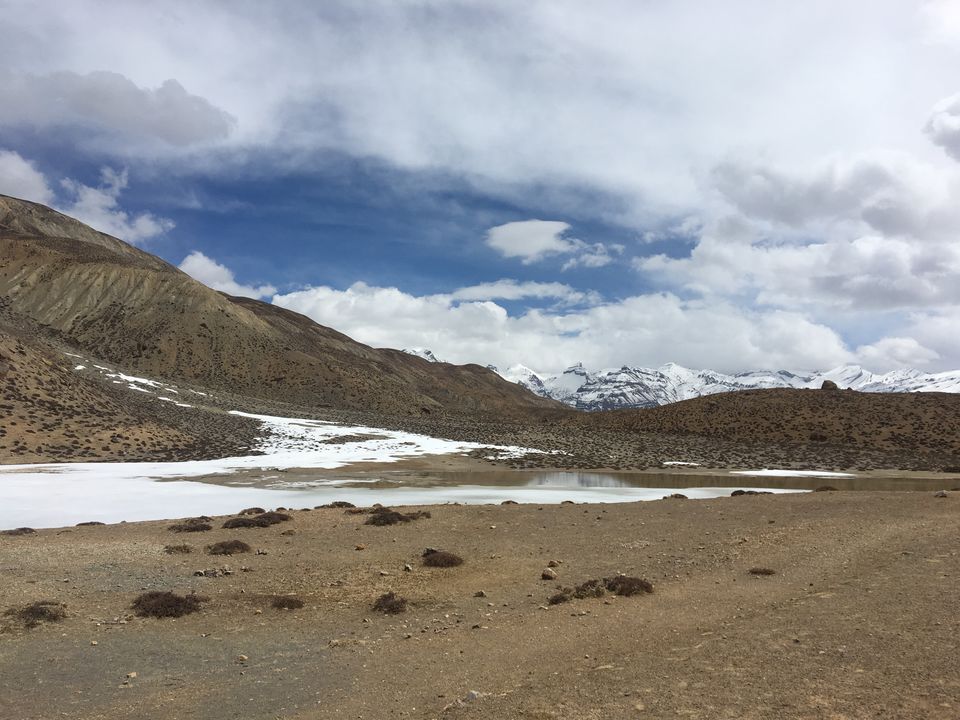 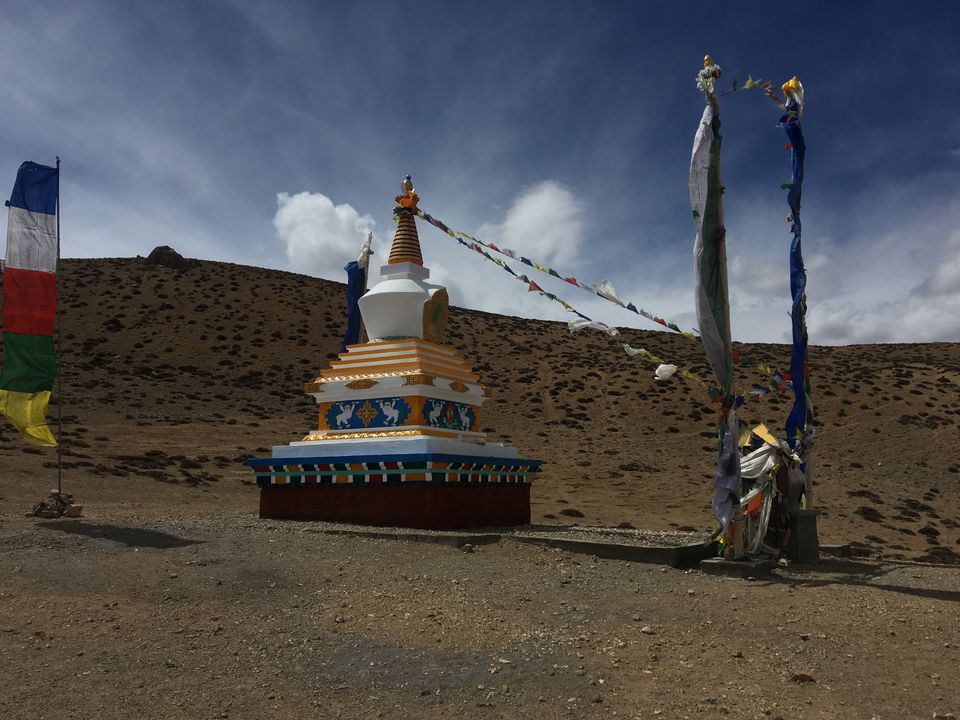 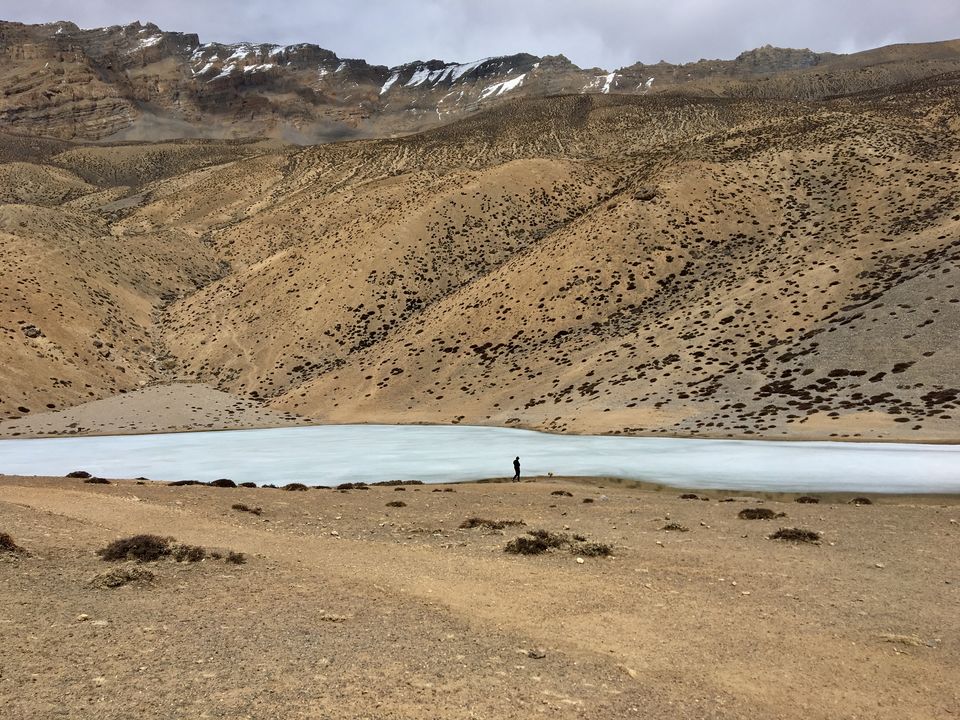