Tamil Nadu Travel GuideTamil Nadu TripsA Beauty Pageant, A Wedding And Mourning. This Is How Transgenders Celebrate A Festival At Koovagam.

A beauty pageant, a wedding and mourning. This is how Transgenders celebrate a festival at Koovagam. 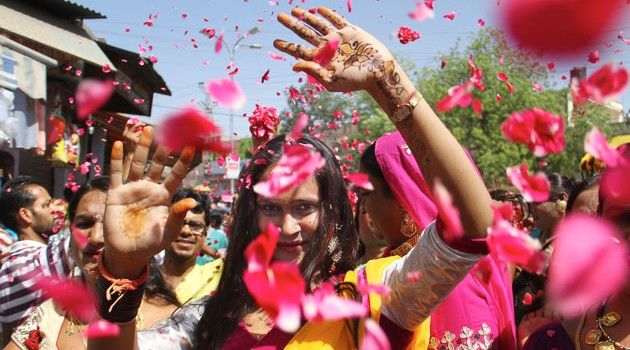 The village of Koovagam is located around 30 Km from Villupuram in Tamil Nadu, India. This sleepy little hamlet buzzes with activity during the month of April in preparation for an 18-day long festival. This festival is hosted for the otherwise most neglected group of the society, the transgenders. Thousands of them converge here to participate in the “Koovgam festival of transgenders” where their identity is acknowledged and cherished. From special treatment given to them during this festival, the community reveals a softer and a cheerful side which is hidden from the world for the obvious reasons.

The story that hails behind the epic celebration is equally epic. According to the legend to win the war of Mahabharata for Pandavas, Aravan offered himself for self-sacrifice to the goddess Kali. He expressed his last wish to Lord Krishna to get married before his day of death. With just a day's marriage and a lifetime of widowhood, no woman wanted to marry him. Unable to find any women willing to marry a dying person, Lord Krishna took his 'Mohini' avatar as the most beautiful women to become Aravan's bride. As promised, Aravan offered himself for the sacrifice the next day. Henceforth the transgenders were considered as the descendants of Aravan and Lord Krishna and called “Aravanis”.

The sequence of the event of the legend is reenacted during the Koovagam festival. It begins with celebrations like songs, dances, games and a beauty pageant for the first 16 days. The event is like a regular beauty contest with local celebrities as the judges.

The festivities reach their peak on the 17th day when the marriage of Aravan is commemorated with Aravanis. The transgenders dress up in bridal attire, wearing colorful bangles, and tie a thali mangalsutra around their neck symbolizing themselves as married women. The festival concludes with the widowing of these brides the next day. An effigy of Aravan is burned showing his sacrifice and the brides mourn his death. They wear white clothes cry beating their chest, break their bangles and thalis and behave like widows.

The festival has gained popularity in recent years for reasons being both famous and infamous. On one hand it serves a platform for the community to create awareness about health issues and sexually transmitted diseases. They also participate in social causes such as blood donation camps and Swachh Bharat Abhiyaan. But it has a darker side too. There thrives an illicit sex industry prevailing under the pretense of this festival and many transgenders are sexually harassed and dragged into forced prostitution. Yet, the transgenders continue attending the festival year after year because it where they are celebrated and welcomed for who they are and their identity.