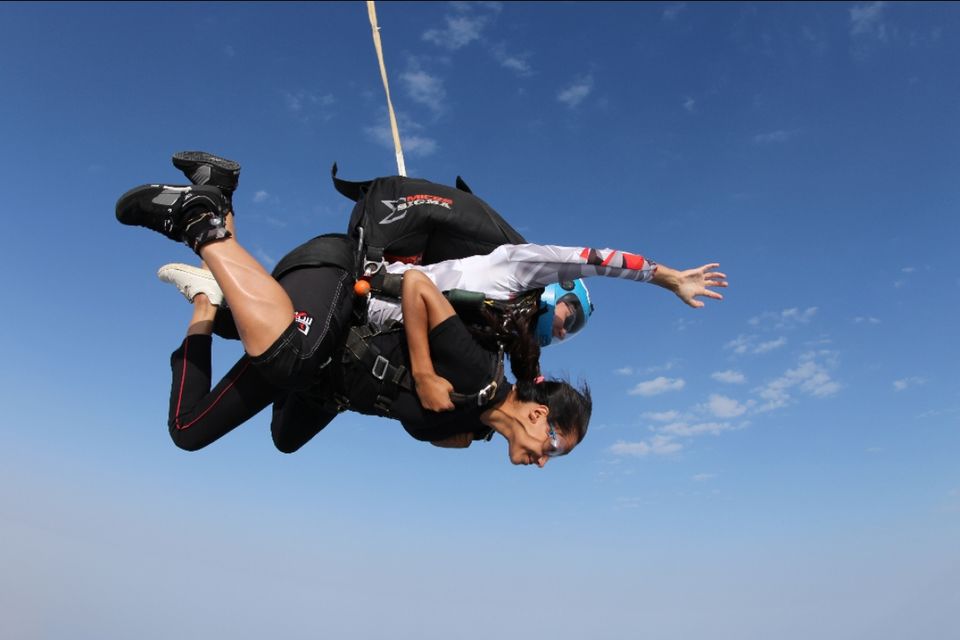 It was 10th July 2017, I was in my office cubical. Totally exhausted and trapped in my home office home routine. Somehow this routine was killing me inside out hence I wanted to do something that would make me feel alive, happy and free. Suddenly I opened my youtube and started watching videos and somehow Skydive video appeared and I clicked on that video. I watched that video thrice and was back on work mode but I noticed that I was not focused and somehow I started image myself jumping from that airplane. That video impact me really deep that I was unable to sleep the whole night. Next day when I reached office and started noting down my “to do list”, the first thing I wrote—

Somewhere somebody said," if your dreams are not letting you sleep, turn them into reality”. So that day I did not do any office work while spent my whole day convincing my friends for skydive, although they were not convinced for Skydive but they were ready to do party in Dubai. So the plan was ready. We booked flight tickets and then by end of the day I was done with my tandem skydive Dubai slot booking for 29th July 2017. Finally, I was really happy that I was going to do something really amazing.

So we went to Dubai, did party hard and a day before skydive, I found myself practicing for jumping from airplane in my dreams.

So finally the day came and I was in Skydive center at sharp 5am in the morning as scheduled. After registration, I was welcomed with a 16 pages’ contract, where on every paragraph one thing was common that if anything wrong happens during skydive even death, skydive Dubai would not be responsible for that. Ohhh!! That was equal to signing death contract. Somehow I managed signing the contract even after being in fear.

What a feeling it was, signing contract like this while your friends and family are not even around you. Immediately after signing the contract, I was taken towards my Instructor who explained all safety guidelines along with body positions during freefall.

After a short interview, I was escorted towards airplane and the cameraman was asking to smile even during freefall. How can someone smile while in danger????

So finally our group was in the airplane and after 13000 feet, someone opened the window. Oh Oh Oh !! I realized that for the first time I was in the Aero plane with open door. One by one everybody jumped. Oh my god then my turn came and I was at the edge of the aero plane, just a step away to jump. My instructor was attached with me with harness. She asked me to jump on 3 so I started counting and she pushed me on 2. What a trick they use !

I was in the sky going down with speed of 120 miles per hours. At the maximum danger zone, I was having zero fear. What a blissful moment it was!! Truly amazing. After 20 seconds, you feel comfortable with air and enjoy the beautiful moments of your life. You feel the beauty of the palm beach.

That was hardly 60 seconds of freefall and once we came in safe zone, the instructor opened the parachute and after 15-20 minutes of fun ride we were landed in safe area.

Life is not about spending days in your office cubical, living in your comfortable zone.

Do come out from your zone and see that you can also do wonders!!