Kumbh Mela Is One Of The Major Festivals Of Hindus. A Pilgrimage Is Done By Devotees In The Hope Of

Kumbh Mela is one of the major festivals of Hindus. A pilgrimage is done by devotees in the hope of

Kumbh Mela is one of the major festivals of Hindus. A pilgrimage is done by devotees in the hope of repenting past mistakes. There is a large gathering of millions of devotees in the fair. Kumbh Mela 2021 is happening in Haridwar. And after 12 years, this is my second Mahakumbh, Haridwar Kumbh Mela has started on January 14 from Makar Sankranti and will continue till April.Kumbh's meaning is Amrit Kalash. And the story of Kumbha begins in this way when the sage Durvasa weakened the veneration of the gods and the demons caused havoc in the world. Lord Brahma explained to the Gods that with the help of the Asuras, he told the Amrit Manthan. When the gods did not share the nectar with the Asuras, the Asuras followed them for 12 days, during which the Amrit fell at four places where the Kumbh Mela is held.
It is believed that the festival of Kumbh Mela is about 2000 years old. Who came to India during the rule of King Harshavardhana. . Kumbh Mela is an April major Hindu festival and pilgrimage that is celebrated in a 12-year cycle on four sacred river-banks: Prayagraj (the confluence of the Ganges-Yamuna Saraswati rivers), Haridwar (Ganga) Ujjain (Shipra). And Nashik if you If you do not see our Nashik blog, the link will be found in the description.

It is said that bathing in these holy rivers located at Prayagraj, Haridwar, Nashik and Ujjain is a means of prayer (atonement, penance), and takes away the sins of man. Bamai people, Haridwar is not just a city but a feeling, which as you see it, you will understand that its character gets further enhanced.

Narrow and deep streets, which were laced with all kinds of shops. Somewhere in such peace, it seems as if a page of history has been opened. And on every ten steps ahead , the aroma of different kinds of delicious food elightens your cravings. Departed from the market and turned to the station to see what kind of security arrangements are in place for the visiting devotees.

From the station one can reach the market from different modes of transportation. While coming back from station which is about 2 km far from Har Ki Pauri , while we are coming back we come to know about the Pashupati Shivling Temple which was built by the King of Nepal himself some 170 years ago, dedicated to Pashupatinath Mahajyotirlinga, this temple is completely the form of the temple located in Kathmandu.

Reached to Juna Chowk and realized that the evening was about to change. And the crowd of Haridwar had started increasing, the sound of the mantras coming from the speaker indicated that the time has come for Ganga Aarti. We took our steps to make towards Har ki Pauri faster. This is the moment, after coming to Haridwar, One keeps that emotional scene with him forever. 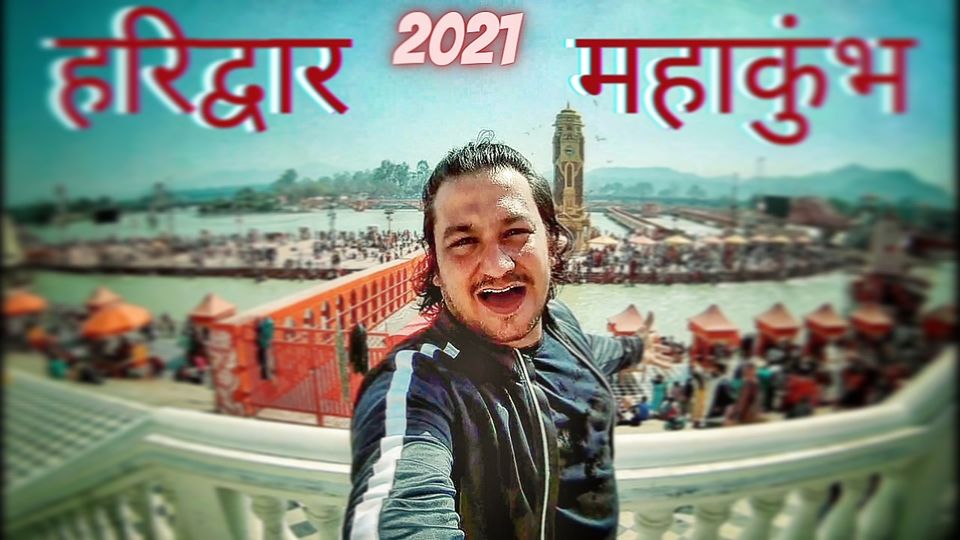 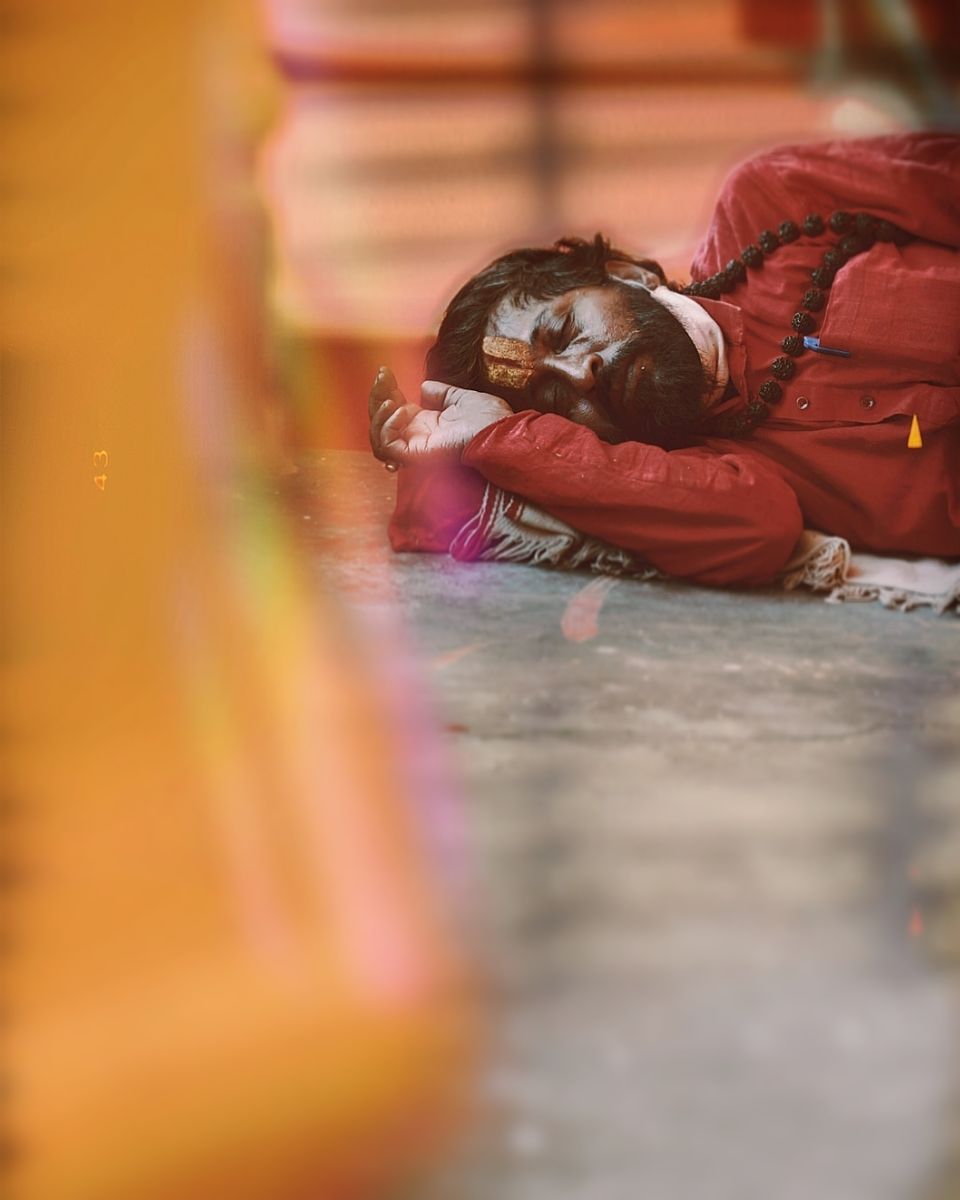 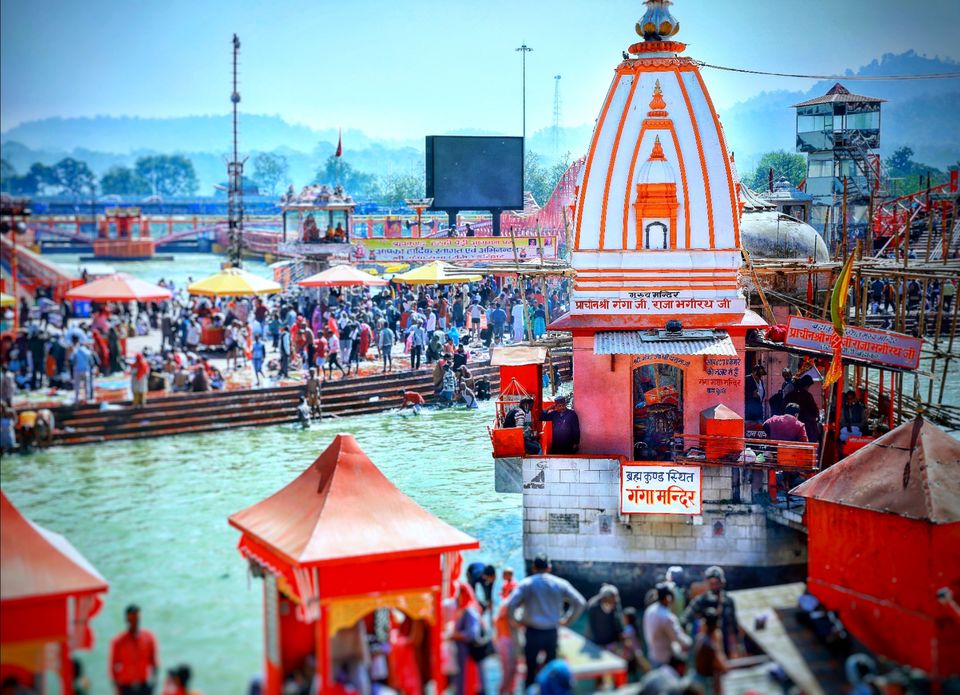 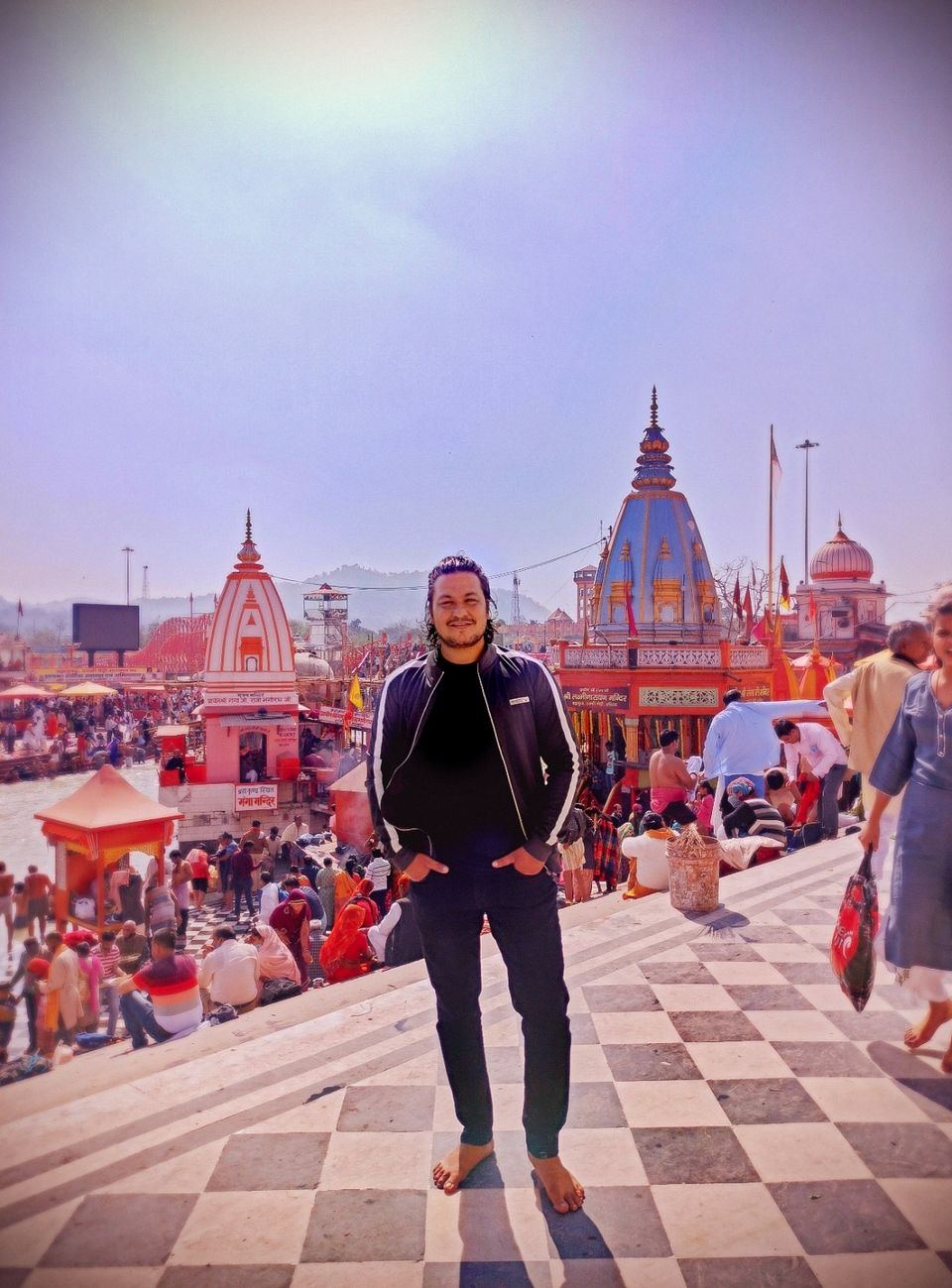