What’s Inside The Pyramid Of Giza? I Uncovered The Mystery And Here’s What I Found!

What’s Inside the Pyramid of Giza? I Uncovered the Mystery and Here’s What I Found! 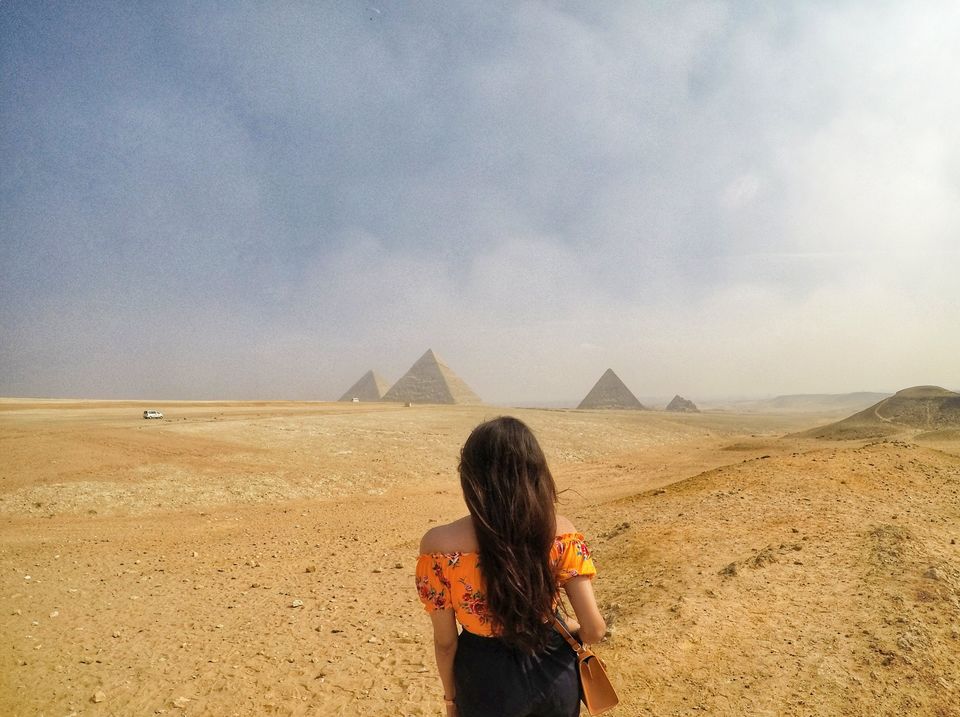 No structure in the world is more mysterious than the Great Pyramid of Giza. But who first broke into its well-guarded interior? When? And what did they find?

The Great Pyramid is the sole remaining structure of the 7 Wonders of the World. To have witnessed its massive presence was close to a dream come true for me. You just can’t appreciate its sheer size until you’ve seen it, up close and personal. But the underlying question of what was inside the Great Pyramids is what always made my curiosity grow fonder.

On reaching the Pyramid site, the first thing I knew I had to do was get my hands on the tickets that you needed to buy separately to actually explore the inside of a pyramid.

The second challenge was to convince the guards to allow me to take my camera inside, as this is something they allow on extra payment only.

Lastly, I had to mentally prepare myself to walk kilometers of distance while being bent over. That's right! Long and narrow passages led to the ultimate reveal of what was inside the Pyramids. If you have claustrophobia, you might want to skip this one.

PS: The Pyramid of Khafre or of Chephren is the second-tallest and second-largest of the 3 Ancient Egyptian Pyramids of Giza.

The pang of excitement hits you the very first step you take inside the pyramid. The guided path with wooden support is what is going to help you get to the destination. It's a well lit path so it isn't an issue navigating. There are usually no guides to guide you inside, because this straight path of ups and downs is what leads you to the Pharaoh's chamber, and this will be the same route to come back.

Once you're inside, it does get super humid. The moisture builds up and the level of oxygen reduces. On reaching the final spot, which is big enough for you to stand straight up, but pretty small in terms of dimensions, you're going to be a little disappointed. But I knew this beforehand and wanted to explore it anyway. If you're expecting to find a coffin of the Pharaoh, all his prized possessions, and secret engravings? You're wrong.

In 1818 no one knew what lay inside the second great pyramid at Giza; that of the pharaoh Khafre. The entrance on the northern face lay under sand and rubble. Then along came Giovanni Belzoni, an Italian adventurer who had turned to archaeology for a living. This is what lies inside the pyramid, (or inside most pyramids in Egypt in fact) long before robbers had burrowed their own entrance through the pyramid and emptied it of its contents.

Belzoni prominently recorded his name in the Burial Chamber, where they can still be seen today: “Scoperta da (Discovered by) G. Belzoni. 2. Mar. 1818.”

As mighty as the pyramids look on the outside, it's safe to say it gives you the feels you never knew you had once you explore the inside. I've said this before and I'm saying it again, I will never be able to wrap my head around how the pyramids were built in 2490 BC. My two notions would have to be Alien existence or absolute magic.

Is Egypt on your travel bucket list? Let me know in the comments!