Greece -Athens,How I Get Free Entry in Acropolis,Museums and All Heritage Sites...! 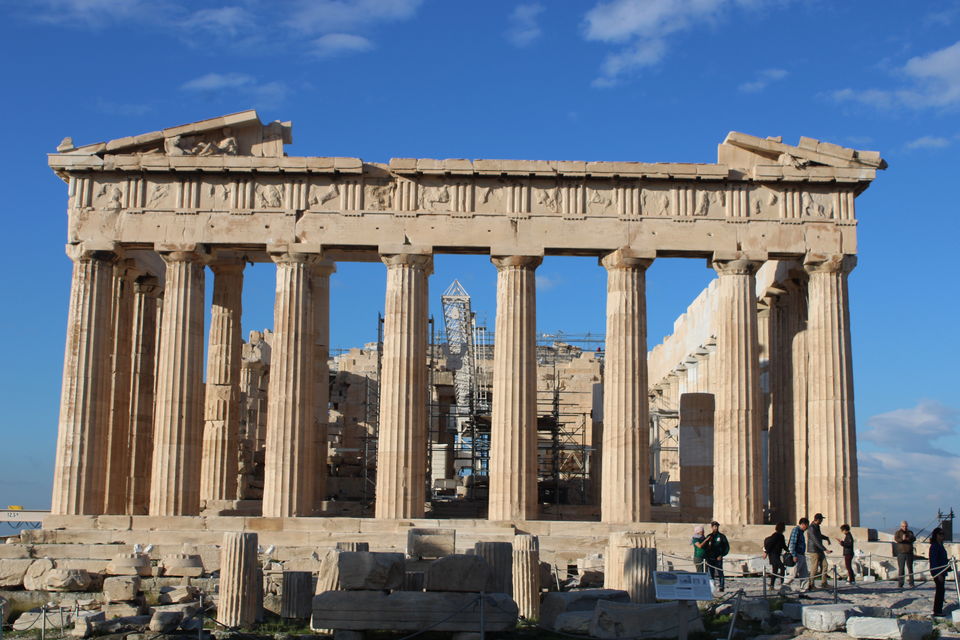 Athens is One of the top travel destinations in the world....!

It is famous for its ancient UNESCO World Heritage Sites(Acropolis,Parthenon,Ancient Agora ,) its beaches, villages with friendly locals.

I Enjoyed delicious souvlaki, gyros, and pita with loads of olive oil and feta. According to Greek mythology, Athena gifted the olive tree.Thats why in greece oilve oil,Olive oil shop is very famous.

Indians need to apply in 30 days advance for a Schengen visa to visit Greece. The visa fee is €60 or ₹4,620 per person and the processing time for applications is maximum 15 days as per the Schengen regulation, if you fulfil all the eligibility criteria and have provided all the required documents.

Link for Schengen visa for Indians:https://www.schengenvisainfo.com/visa-application-indian-passport-holders/

How I reach airport to Athens city:

There is Direct buses and metro from athens airport to monastiraki(It costs 10Euro).All Heritage sites is around monastiraki metro station.

I choose Ryanair its cheapest airline across all european countries.

I got free entrance at all sites as well museums because of I have student id.I came europe as intern for few months.

A ticket to the Acropolis including the North and South Slopes costs €20 or ₹1,500. The prices are reduced to €10 or ₹750 during winter, (from November 1 to March 31). During summer months, the sites are open daily from 8am to 8pm, and between 8am and 5pm in the winter months.

What to see and do:

one doesn’t visit Athens without visiting Acropolis! That area was so huge that it can fit the whole city when Ancient Greece was in war. It is no doubt why Acropolis is the symbol of Athens because from Acropolis, you can basically overlook the whole city of Athens.

The Parthenon is a former temple on the Athenian Acropolis, Greece, dedicated to the goddess Athena, whom the people of Athens considered their patron.

The Acropolis Museum is an archaeological museum focused on the findings of the archaeological site of the Acropolis of Athens. The museum was built to house every artifact found on the rock and on the surrounding slopes, from the Greek Bronze Age to Roman and Byzantine Greece

The Temple of Olympian Zeus, also known as the Olympieion or Columns of the Olympian Zeus.What is Athens without Greek mythology? One of the column was said to be striked by Zeus in a fit of anger.

The Temple of Athena Nike is a temple on the Acropolis of Athens, dedicated to the goddess Athena Nike.

The Theatre of Dionysus Eleuthereus is a major theatre in Athens, considered to be the world's first theatre, built at the foot of the Athenian Acropolis.

The Panathenaic Stadium or Kallimarmaro is a multi-purpose stadium in Athens, Greece. One of the main historic attractions of Athens, it is the only stadium in the world built entirely of marble.

The Changing of the Guards in Athens Greece, Every Sunday morning at 11 am, people gather in Syntagma Square to watch the official changing of the guards, the military unit whose members stand proudly in perfect stillness in front of the Hellenic Parliament. There are of course changings every hour in the day, but on Sundays it is the official ceremony with the official costums.

in Athens, Greece I found many cats and kittens ,I love to play with them so I attch some pictures with cats :)