Ten Interesting Things And Places To Visit In Mussoorie, India 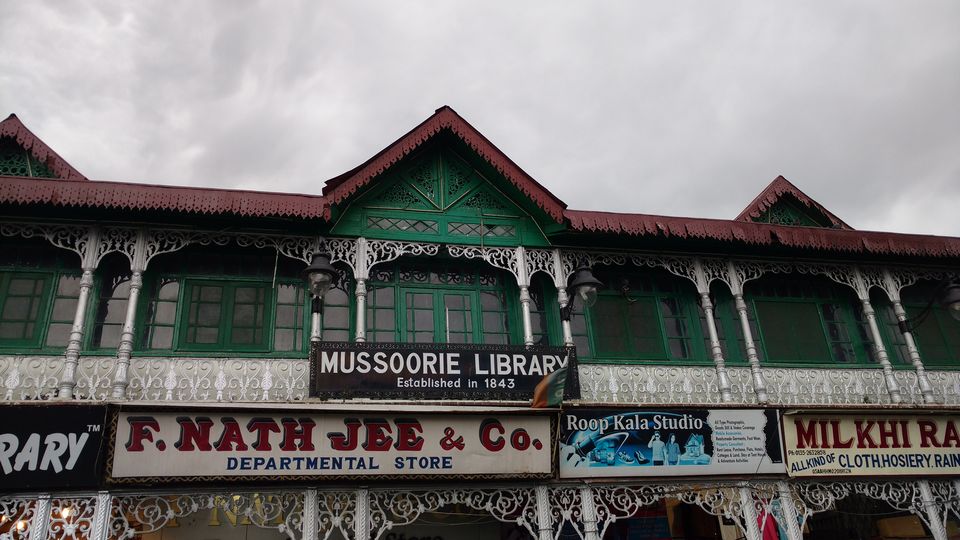 Mussoorie is a wonderful place to unwind. Here you do what Mussoorie encourages you to do to your heart's content.

The modern bungalows, malls and well-laid gardens located on the small hills around the area are enough to attract any tourist. The town has unavoidable romance in the air - an excellent breathing space for tourists and people who seek relief from the hot sultry conditions of the plains. Nature has gifted Mussoorie everything, which makes a place charming and cherubic.

Gun Hill is the second highest peak of Mussoorie. The Mall is the starting point for the cable car towards the summit of Gun Hill. The thrill of the ride is memorable and offers beautiful views of the Himalayan Ranges.

The Mall is the main shopping area in Mussoorie. The Mall Road connects the two bazaars, Kulri and Library. It is the heart of the town. Alongside the Mall is the tourist office, rows of Tibetan trinket and sweater vendors and shops selling walking sticks and cane items.

Lal Tibba is the highest hill and situated at an altitude of 2438m above sea level. The view to the north and the snow-capped peaks is stunning and best at sunrise.

Kempty Falls is located about 15 km away on the Yamunotri road. It is a popular and picturesque waterfall, located in the beautiful valley surrounded by the high mountains. The bath at the foot of the falls is refreshing. From Kempty Falls, the area west to the Yamuna gorge is being declared as a sanctuary. This sanctuary is rich in bird life, and also has some wildlife including leopards.

This place is situated at a distance of 6 kilometers by the Mussoorie and Dehradun road; the lake was at recent times urbanized as the best picnic spot through the city board by the Mussoorie and Dehradun Development consultant. The beautiful small lake is created through a regular waterfall. Little ducks are seen swimming in the lake and a facility for paddle boats has been created at the edge.

Christ Church was built in 1836 and is considered to be the oldest churches in the Himalayan ranges by the British during the British colonisation in India. Holding the Gothic design as well as architectural fashion, the blemished glass windows at the Church showcase the occasions of the life of Jesus Christ. Furthermore, from this, the great altar at the Church offers the travails of the Jesus Christ. The walls, as well as interiors of the church, are attractively adorned to clutch consideration of visitors.

This place was constructed in 1833, this house belongs to the popular geographer and surveyor, and named after the name of Sir George Everest and considered to be the world’s highest peak. He actually stayed in Mussoorie for almost a decent 30 years as the house displays several fascinating facts about the popular personality. It is about 6 Km from the Gandhi Chowk and Library Bazaar in addition reachable through a vehicle, while the road is actual bumpy beyond the Haathi Paon (the elephant’s foot).

Shedup Choepelling Temple is often referred to as the Tibetan Buddhist Temple. It is today one of the most popular shrines in the region. The temple is established by the Tibetan community of Mussoorie and is a true exemplary of the Tibetan architecture. Clay lamps, surrounding blooming flowers, bright interior walls and the prayer flags that amplify the beauty of the shrine.

Library Bazaar is the focal taxi and the bus terminal point to enter the township of Mussoorie. Popularly known as the KitaabGhar, the Library Bazaar is the so called library founded in 1843 that is present on the first floor of the fantastic building. This is also one of the few oldest libraries found in India.

The enchanting Jharpaani Fall offers a splendid view of the Shivalik Range, shrubs, creepers and various species of wild flowers. On the other end of the waterfall lies the beautiful Doon Valley and step farming fields that amplify the beauty of the place.

1. Best Time – October to June: These are the times when you can explore most of a visit to Mussoorie. While winters are awesome to enjoy the snowfall, summers are good of doing adventures. Monsoon is not suggested to visit because of; natural disaster landslides, and heavy rainfall.

2. The USP of visiting Mussoorie on a weekend is that you can meet Ruskin Bond in person. He comes down to the Mall every Saturday to Cambridge Book Depot to sign the autographs and get clicked. You can meet him there or at his personal residence in Landour.

3. Roller-Skating especially during winter -The weather is Mussoorie in inevitably amazing. And the evenings are way better sight to witness, especially due to the breezy winds. However, one of the most adventurous activities that you can try is skating. There’s a rink at Kulri Bazaar. There’s also a Disco Skating Rink near the Tourist Office. So, one can go there and enjoy skating on an hourly basis (that’s how they charge you). But it’s quite fun and one would want to keep doing it again and again.

Signing off till the next destination