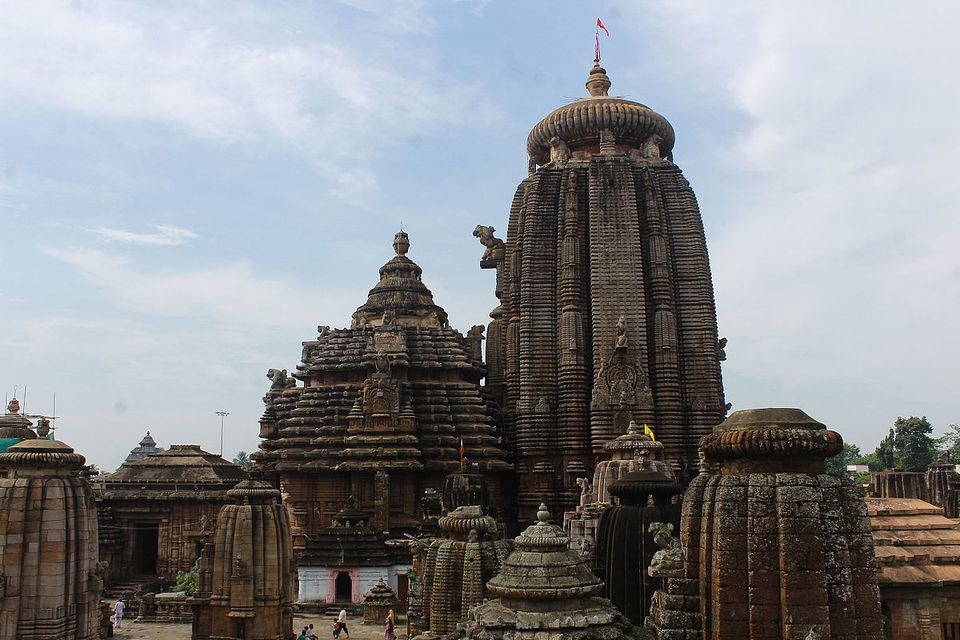 Sitting in the train from Vishakhapatnam, Sleep directly with Bhubaneswar. Now tea tea tea starts heating hot tea, so we are eager to taste the taste of tea. By the way, we thought more than the two, because the food that comes in the journey of the train is to bring it all together, the child has become stubborn. Now the tea has come and sip salsa. So far, those people have come to the conclusion that we have come from Bengaluru to Orissa to roam, they showed us a video of Jagannath Pillar, which included legislation to change its characteristics, methods of making food and changing the flag. Now, seeing this, the excitement of going to be four times the increase. Let me tell you how much difference is made in people's speech in different places !! Two people sitting in our berth were talking about "Today is played, you will see" The second says, "We do not see played, but only know in the news." Here, these people play with the cricket match. Even after listening to the people's words, Bhubaneswar's railway station arrived and we got off with taking a flight from the pilgrims.

In this way we reached the holy land of Bhubaneswar, the capital of Orissa, famous for religious tourism. We had already booked a hotel near the railway station after seeing it and then there it reached there. Going to the hotel found out that today there is a match of IPL due to which all the hotels are back to back. We had no prerogative due to booking earlier but due to a little tired, early check-in was on the mind but this match changed our minds. Now the people who understood the train were talking about seeing this match. It was great to see the hotel, its splendor was visible even in the reception. Now your number has arrived, what is this !! They are also taking photographs in web cam before giving room in the hotel, perhaps they will be taken according to security. This is your first experience of this kind so amazing. Dragging the photo, we got into our room and as soon as we reached the room, two tea, two parathas and handwicks meant to order sandwich. They all get a little refreshing until they arrive and after Pata Puja, they will get out of Bhubaneswar's philosophy. Until then you give a subtle introduction of Bhubaneswar to the people.

Bhubaneswar - This city is dedicated to Bhubaneswar Shivaji, situated on the mouth of the East and the Bay of Bengal, and under the name of Bhubaneswar, it is named after him. Going into history, then it is understood that this city is sitting not only in the city but also in the secret of its own. Oh yes it has also seen Kalinga's war. Seeing the grief of such a terrible bloodshed, blood streams and mourning people, how heart it must have been !! Many pains are kept hidden in it, inside it inside. The deeper the matter will get, the mind will become more fluid, so they get out early as soon as possible. I just remembered, in the old time, it was said to be called "Utkal", yes it is Utkal that is "Punjab Sindh Gujarat Maratha Dravid Utkal Banga". This means that the place is very famous since the old times. Later, after becoming the capital of Orissa, the city was duplicated, whereas on one side the historicity of its particle particles, on the other hand, modernity also flows in its winds. Its modern appearance was created by the German architect Otto H. Koeingsberges.

It is believed that there were seven thousand temples here in ancient times, due to which it is also known as the city of temples. Even today there are small seven hundred temples here. This can also be called a city of religious goodwill because here it is found not only Hindu religion but the temples and remains of the Buddhist and Jain religions are found. I can not understand what will be seen here in such a short time and how much will remain. Once, take a look at the scenic spots here. By having the land of the temples, there are temple temples here on every two steps. Temple of Lingaraj, Mukteshwar temple, the temple of Raja Rani are the main religious places of this place. In addition to these, the Udayagiri-Khandagiri caves, Dhauli Stupa and Nandan Kanan make four times the fame here. If the weather remains hot throughout the year, then the month of December-January is high for roaming. Giving the introduction of your breakfast, your breakfast was settled and your taxicab is also waiting outside the hotel, so now look forward to the eyes.

It is eleven o'clock in the morning, the morning has become full of the afternoon, and now we go out to Bhubaneswar Darshan. Our first stop is Lingaraj Temple which is five kilometers from our hotel, so it does not take much time to reach here. In the temple, there is no permission to carry phone, camera and leather goods, according to the driver, we left the goods in the car and bare feet. Feet of water was too hot due to heat, but where do people go from bare feet to darshan? We have to walk only five steps. It had just reached the main entrance of the temple that a panda was found and the people started speaking in fifty rupees, and we did not do anything more than them, we were behind them. Panda Ji took us to explain that we did not talk more than anything directly inside and come back and at first, he took us here in the kitchen and there are other ways of making the meal.