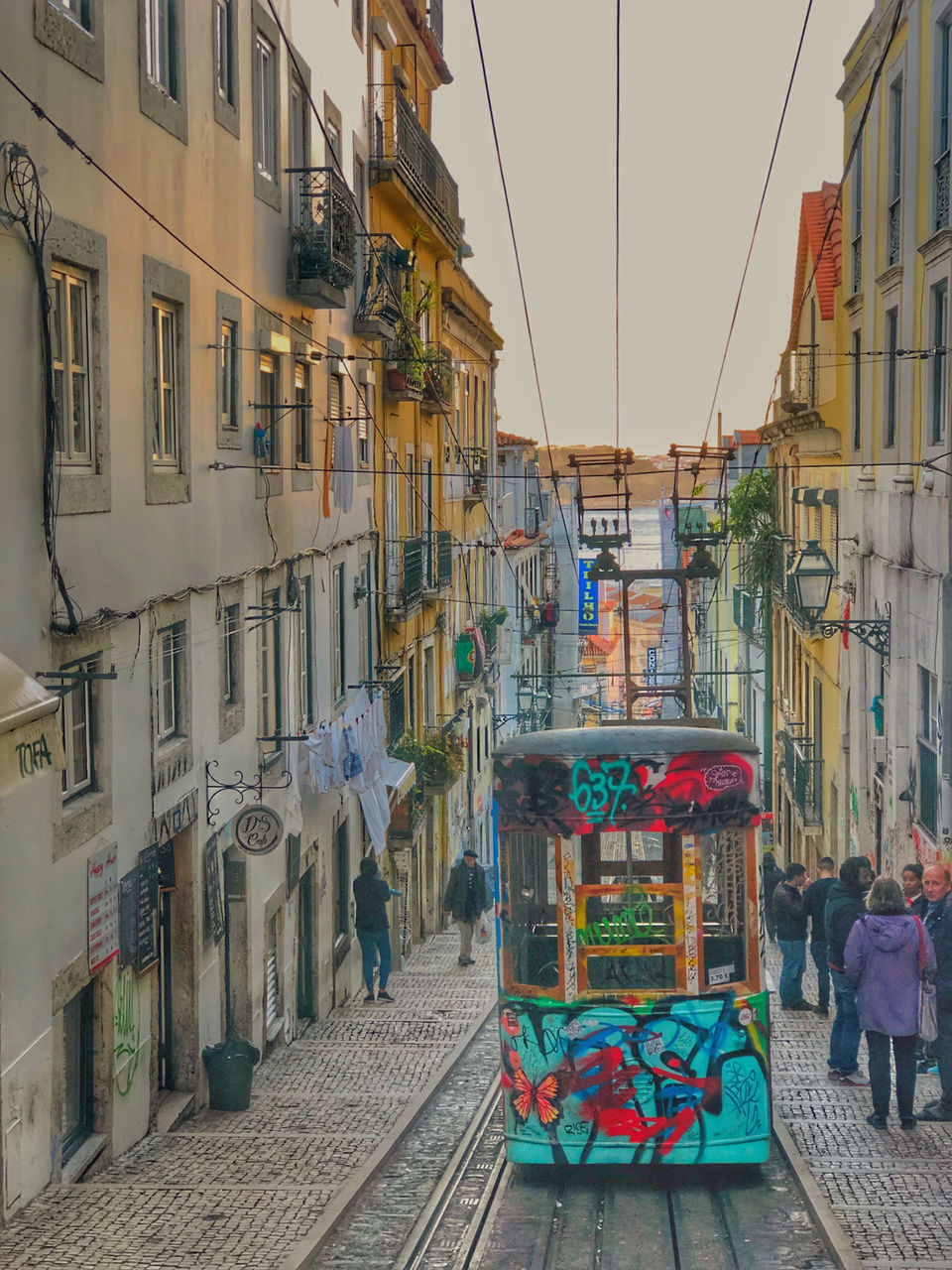 I am back with yet another travel story, this time about the colorful and fascinating city of Lisbon. Me, along with my husband and some friends recently visited the capital city of Portugal and could not get enough of the city. Let it be the blue tiled buildings or the inspiring history of the city or the yummy cuisine, this Portuguese city was one of a kind. So, like any other travel freak, I had jotted down all the places to visit and dishes to try in Lisbon on my teeny tiny notebook and set out to explore this beautiful city. But first, some good food for a happy soul!

We were a group of five and traveled by air from Frankfurt to Lisbon. Upon reaching Lisbon, we decided to rent a car as it was extremely affordable and came up to the same expense as we would have spent on public transport. Mind you, the parking charges are bit on the higher side in Lisbon, however they are free on weekends and during night if you park on the streets.

We stayed at an Airbnb apartment near the Rossio Square and the location turned out to be perfect. It was at a walk-able distance from Bairro Alto which is the party destination and Commerce Square which is the most buzzing place in Lisbon filled with eateries and shopping places. Even in the middle of drizzles and chilly weather, these two places were packed with tourists from all walks of life.

We decided to keep it simple and visited the places at a walk-able distance from our apartment. First up, we wanted pictures!! I mean, that is the most fun thing about any trip right?? Go see new fun places, click lot of pictures and selfies with your loved ones and capture a memory! So we visited the Miradouro Graffiti Fado located in Escadinhas de Sao Cristovao. This place is covered with graffiti made by well established graffiti artists in Lisbon. If you notice for that matter, the entire city is like a canvas and everywhere you could see graffiti; on trams, on the streets, on the buildings, everywhere. This street is however unique as it was painted as a tribute to Fado, a music genre originated from Lisbon which dates back to 1800s. When we reached there, we were up for a surprise treat as a street musician was performing Fado music by the colorful graffiti. 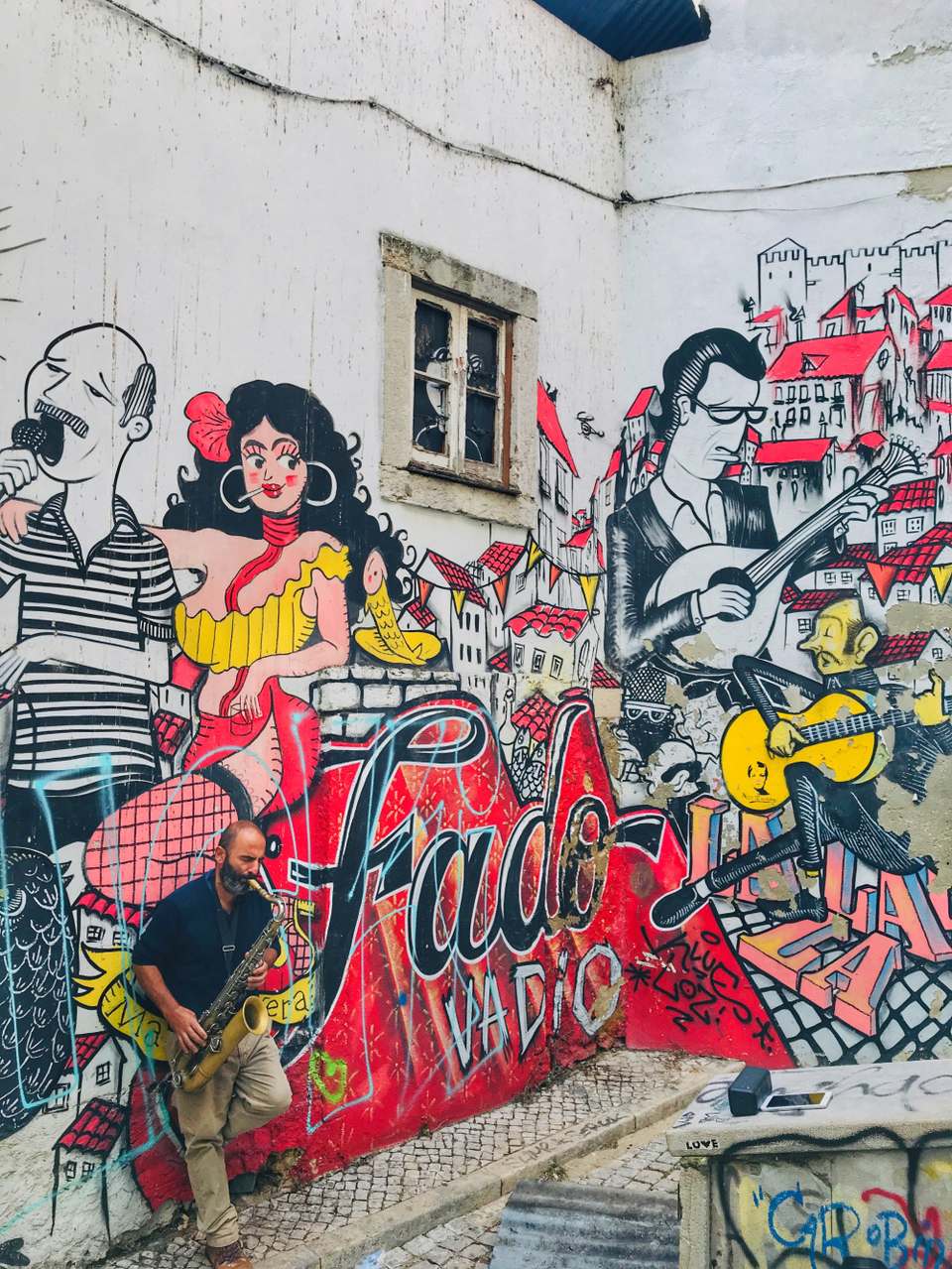 Next up, we went to see the Elevador de Santa Justa. This was an interesting elevator which connects the lower streets of the Baixa with the higher Carmo Square. Meaning you can travel from one street to a higher one using an elevator. Isn't it awesome! The lift is still operational and you can take a ride if you fancy a trip! ( €5 per person). The structure has the same style as the Eiffel tower as the architect who built this, Raoul Mesnier de Ponsard was an admirer of the great Gustave Eiffel.

From Santa Justa, we walked down to the marina and reached Praca do Comercio (Commerce square) munching on to a Pasteis de Nata (Portuguese egg tart). This is basically a chilling out square where you can grab some hot cocoa, hazelnuts or a pastry and spend some time taking in the buzz. This place has also a historic significance as this was the place where the Ribeira Palace once stood which was destroyed in the 1755 great earthquake. Basically all that you see in Lisbon are the "new" structures which were constructed after the great earthquake as it destroyed the whole of Lisbon.

We then proceeded to walk by the marina, imbibing in the evening skies. The view was something else, almost poetic - the Lisbon bridge (pretty much looks like the San Francisco bridge) stretched across the orange hued skies with yachts sailing across.

Next up, we decided to visit Bairro Alto which is one of the most happening and peppy places in Lisbon, also the most highly recommended places. While walking down to this place, we happened to cross the "Pink Street" on Rua Nova do Carvalho. This street was a famous red light street which was converted to pubs and eat-outs post its transformation in 2011. To commemorate this, the street was painted pink. This is a good spot for clicking some greats pictures with colorful backgrounds.

Bairro Alto can be most exciting and exhausting! There are just hundreds of cute dine-out and fine dining places that it made it almost impossible for us to choose. We decided to dine at a cute little space called "Grilled and company" and dug in on some grilled octopus and sea food pizzas. To gulp it down, we ordered some homegrown Portuguese wine "Ginjinha".

Tag zwei was ultra fun. We decided to head out to Belem and the drive from the city to Belem was bliss. Being brought up in India, one of the things that you really appreciate about travelling in Europe are the drives! We enjoyed some desi music and proceeded to check out the world heritage sites in Belem.

First up was the Belem tower, this tower is a fortified UNESCO world heritage tower as it a reminder of all the fascinating Portuguese voyages and discoveries. This tower is considered as the ceremonial gateway of Lisbon. Personal suggestion: is to not enter the tower which is about €6 per person as it can be very crowded and view from the outside is hands down any day better than from the inside.

We decided to take a short brunch break and went to check out the world famous " Pasteis de Belem". Even if you don't do anything else in Belem, I would urge you to not miss out on experiencing this cafe. Its one in a million. Established in 1837, this pastry shop is world renown for the delicious Pasteis de Nata (egg tarts). The egg tarts here are to die for and are prepared in a secret room using the recipe handed down over generations. The best part is the pastries here are the ultimate, both taste wise and also price wise. An egg tart was €1.10 only which was just perfect.

From the pastry shop, it is a short stride to Padrao dos Descobrimentos. It is located along the banks of river Tagus where ships departed to explore India and the Orient. This monument represents a very modern idealization of the Portuguese exploration.

Just opposite this monument is the Jeronimos monastery and the adjoining museum. The entry ticket comes up to €7 per person if you would like to check out the artifacts of the great discoveries of Portuguese voyages.

We skipped the monastery and went to visit the adjoining church. As an Indian, I was curious to visit the church as it is the final resting place of Vasco da Gama. He was first buried in St. Francis Church in Fort Kochi, Kerala when he was on his third trip to India. Years later his remains were returned to Portugal.

Day 3 was the most exciting out of all! We drove down to Sintra to visit couple of interesting places there. First off we went to Cabo da Roca. The place, believe me was breathtaking. It is the westernmost part of the Portugal and is adorned with a fairy tale lighthouse on top of a cliff facing the ocean. Too much to handle?

View from the cafe on top of the cliff

After chugging down a much needed coffee, sinking into the chilly weather and indulging in lazy conversations, we with half a heart left Cabo da Roca to visit the majestic Pena palace. The castle is visible when you drive up to it as it is situated at the top of the Sintra mountains. This palace is considered as one of the seven wonders of Portuga l and there is no argument there. Jeronimos monastery and Belem tower also is part of the same list.

for readers who are interested in photography, wear something in yellow or red hues as the castle is the best backdrop to get some amazing portraits.

You need to get tickets to enter the park which gives you access up until the entrance of the castle which is about €7 per person. For people who wish to enter the castle as well have to take a different ticket which comes up to €14 per person. It can be higher if you purchase the tickets at the venue so suggest to buy them online beforehand.

We were famished after checking out the palace and soaking in its grandeur and I really wanted to try the epic Bacalhau a Bras which is the Portuguese version of fish and chips made up of the same ingredients which is cod fish, mashed potatoes, caramelized onions and a new item which is scrambled eggs. I was apprehensive in the beginning as I am not a big fan of sea food but the dish turned out to be just like I described - "Epic"

After lunch, we raced back to the main city as I really wanted to visit the Ascensor da Bica.

I had resolved that I am not leaving Lisbon without getting onto the famous funicular tram and clicking a picture in front it, much to the annoyance of my friends. It took us a while to figure out the exact place from where we wanted to get the picture taken and my husband patiently found out the place for me. We were individually searching the net and all blogs to find out the place however it was not mentioned anywhere.

So here it is, the best place to get the picture is on the Ascensor da Bica rail line (the round trip is around €3 per person) midway through the route. From here you can get both the tram as well as the sea in the background, just as it is in every other souvenir that you could find in Lisbon! I could not get the perfect picture as we arrived a little late. I would suggest that you visit sometime in the afternoon to get the perfect shot!

Personal suggestion : is to walk up the railway line which is about 300m and takes hardly 5 mins.

Yes, there were some regrets as we couldn't visit the Alfama district or the Moor castle due to shortage of time. I made a mental note to visit those places on my next visit to Lisbon as I am definitely returning back if not for anything but for another round of Pasties de Nata!

After a happening three days, we returned back home with a full heart and the most colorful memories. 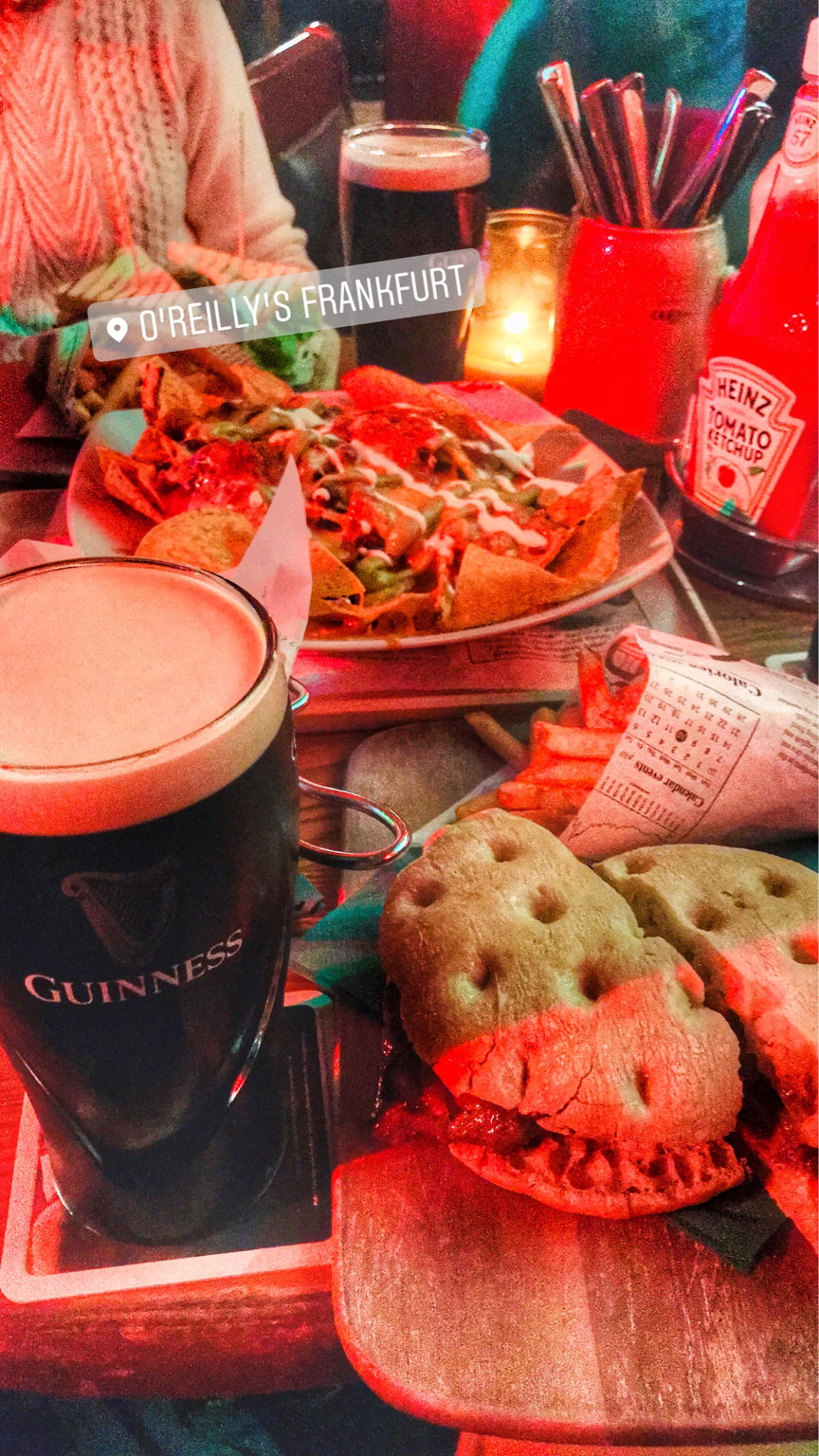