By The Trunk Travellers 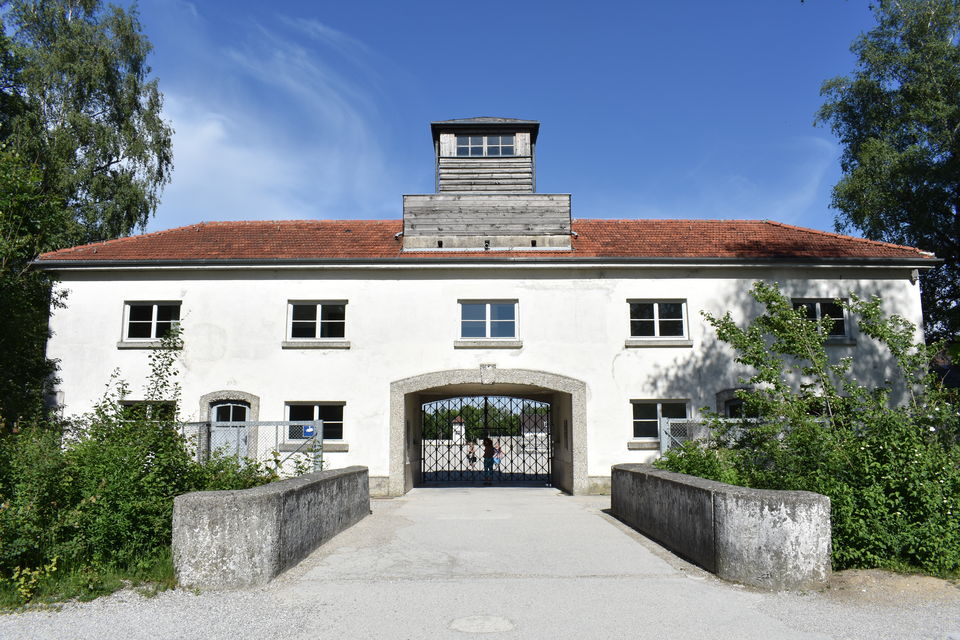 A lot of questions trouble me after my visit to the Dachau concentration camp.

There is one which I simply cannot seem to answer:

Dachau is a 15-minute train ride out of Munich and then a short bus ride thereafter. The camp, now a memorial site, is open all day but if you plan to visit, it is best to sync your timings with the guided tours which start at 11.00am and 1.00pm every day. These tours which last around 3 hours are the best way to get around, hear the horrific stories of the camp and not to get lost in the 5 acres site. The entry to the camp is free, the optional guided tour costs EUR 3.5 / person.

The Unknown Prisoner at Dachau. The Memorial statue in the camp site. 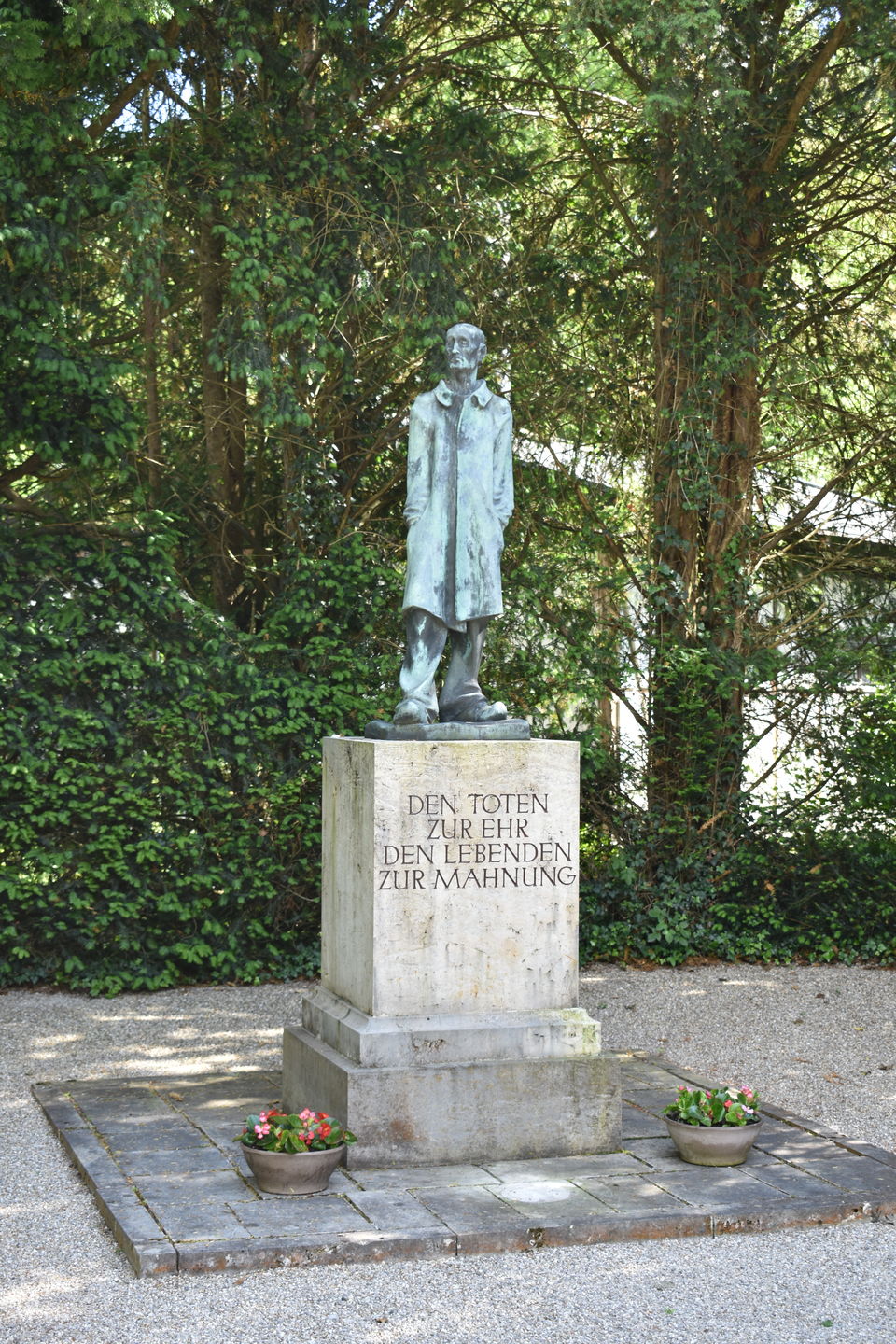 Relive an inmate’s lifecycle in Dachau

The tour starts at the camp’s entrance and ends at the crematorium, essentially covering a prisoner’s life cycle at the camp.

Dachau was the first concentration camp established by the Nazis, initially for the political enemies of the regime and then later as a centre for crimes against the jews and other lower races. Its motto ‘Arbeit macht frei’ (Work sets you free) a.k.a overwork the prisoners till they die a slow and painful death.

Welcome: The inmates were stripped, all their belongings were taken away and they were given a pair of prison uniform and assigned a number which was going to be their only identification, unfortunately, for some for the rest of their lives. All this, while being constantly beaten and verbally abused by the SS guards(a unit of Nazis) on duty. The Nazis wanted to strip them of their dignity and break down any hope of freedom at the very beginning of their prison life.

The Roll Call Square in the camp, where prisoners were counted morning and evening and subject to torture twice a day 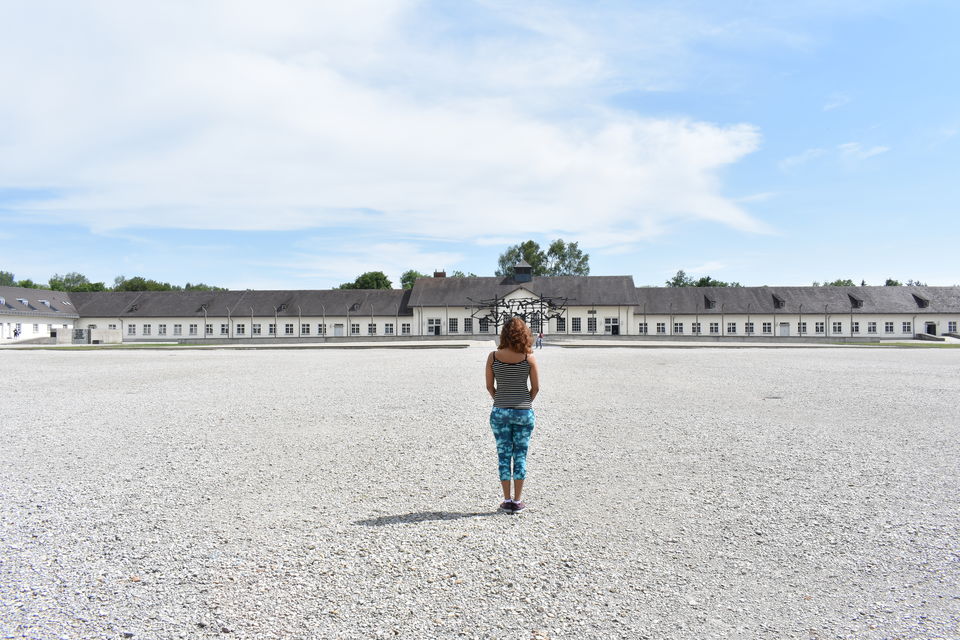 Daily life: It was depressing and underwhelming walking through the living quarters. Men were hurdled like livestock, left to fend for themselves when sick, unfed for days, were subjected to medical experiments and made to work without rest. Nazis stretched cruelty to infinity! Many inmates chose death over such a life; walked up to the electrocuted fences or to the ‘death strip’ to be ultimately shot by the guards.

The area which housed barracks for the prisoners during the 1930's 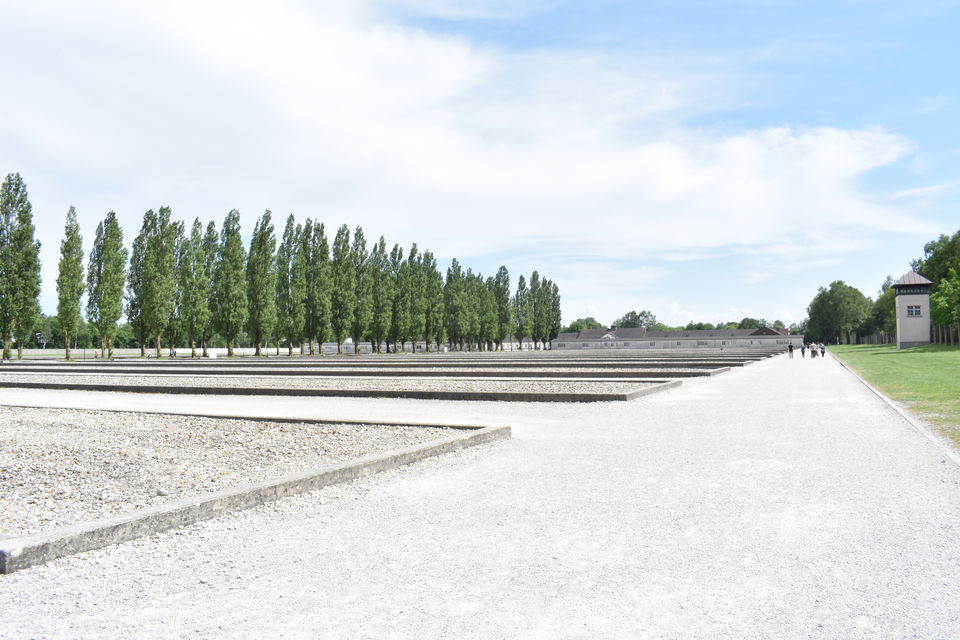 Last days: “Gas chambers disguised as shower rooms were an efficient way to get rid of a number of people simultaneously during Nazi regime”, said our guide. The earth swept off below my feet. This tale of human brutality had broken us down to such an extent that we couldn’t take it further.

A day of Self Introspection

I wonder, who is to blame for this? We cannot blame a particular race for the Holocaust, not even a particular country. All of us, as representatives of the human race are responsible. A trip to Dachau is a lesson which every human being must learn. A former Dachau prison inmate aptly put it out in front of a German school class, “You are not responsible for what happened. But you certainly are responsible for preventing it from happening again.” We went away as enlightened human beings with a renewed sense of responsibility. May the souls of all those innocents rest in peace!

Recommended read: There is a lot more to learn and reflect on this dark period of human history. To those interested, I strongly recommend reading a memoir "Man's Search for Meaning" by Viktor E. Frankl. It is a moving story of a man who spent 3 years in different concentration camps while his parents, brother, and pregnant wife perished during the war.

"Megha and Pranay (alias The Trunk Travellers) are travelling around the world this year. An ex- Investment Banker and ex- Consultant by profession, they decided to take the greatest journey of their lives. They have visited over 30 countries together. Megha has co-founded the kitschy product label, Pitaara Handmade and is scouting for inspiration during her travels. They have been featured with LBB Mumbai and WedMeGood previously. You can follow their adventures and photographs on Instagram as well"