When History Breaks Your Heart : Auschwitz-Birkenau 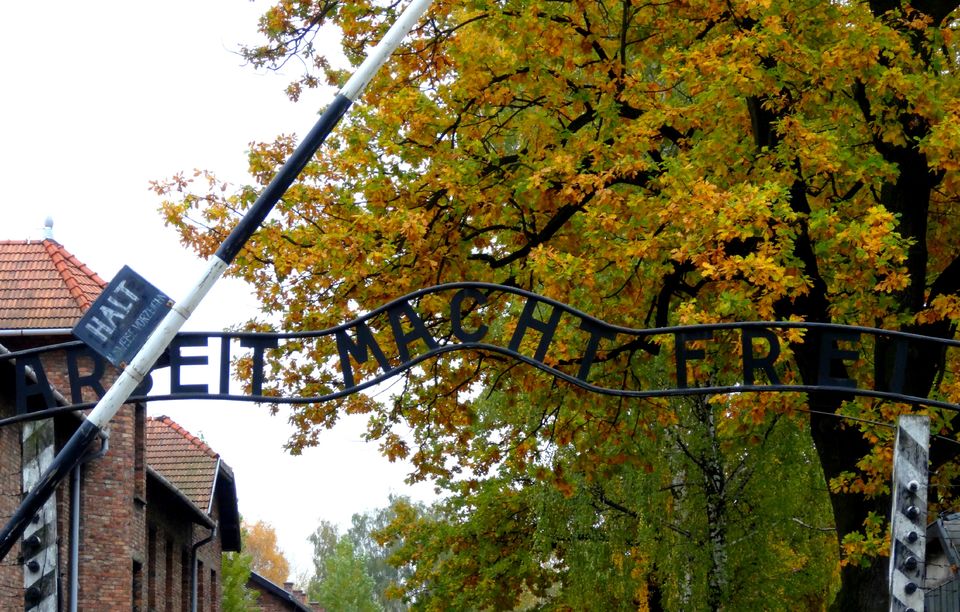 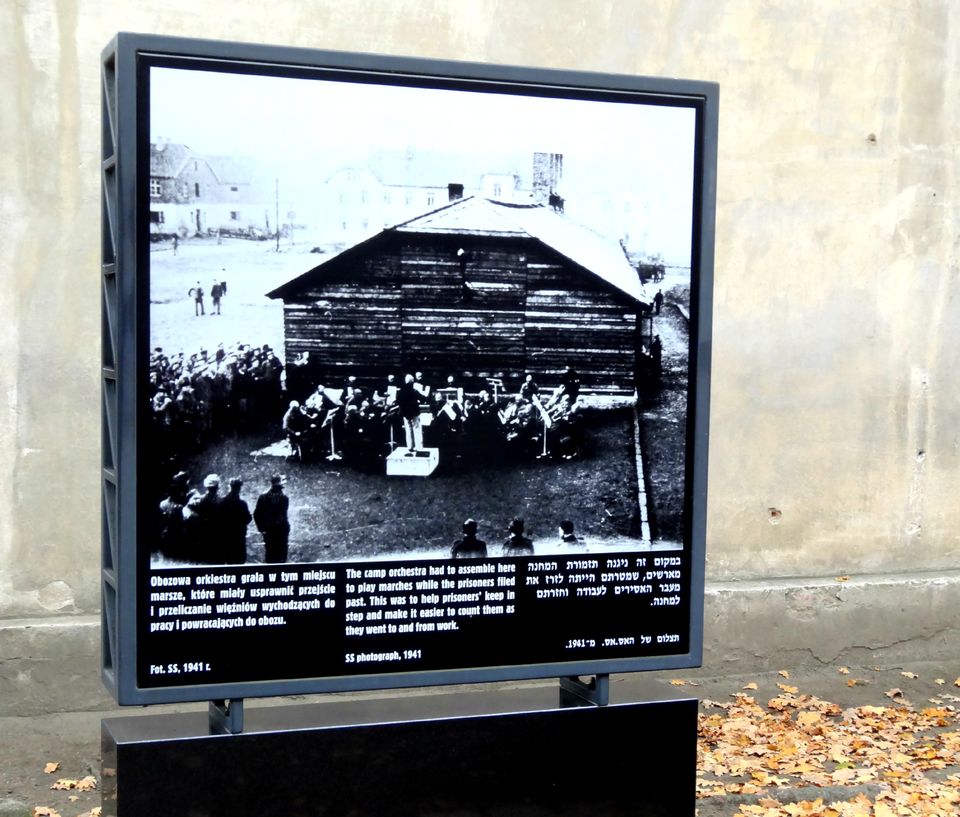 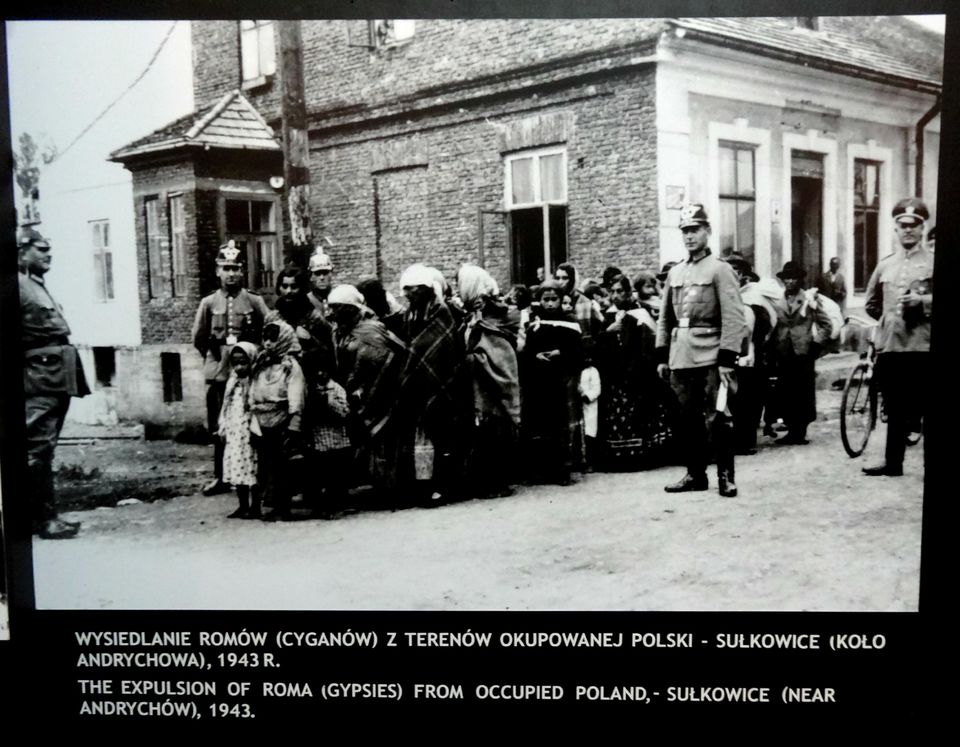 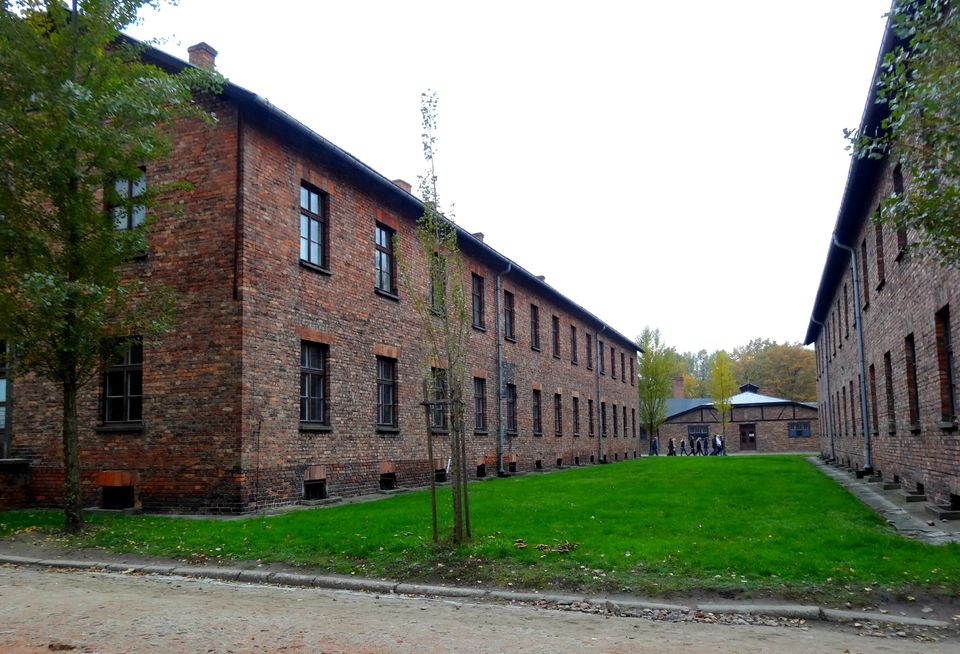 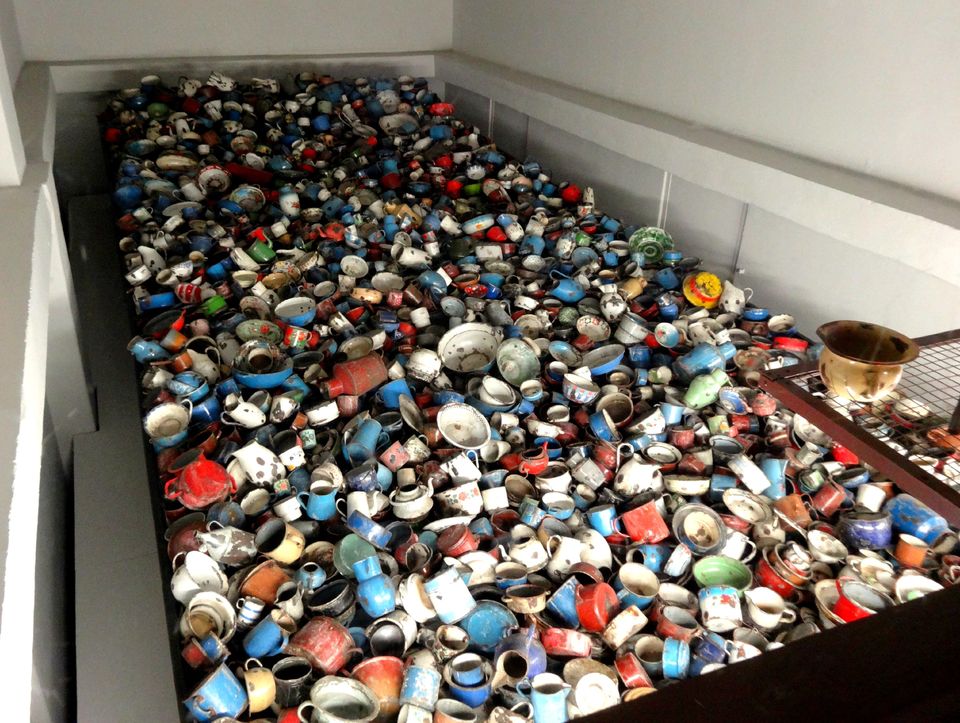 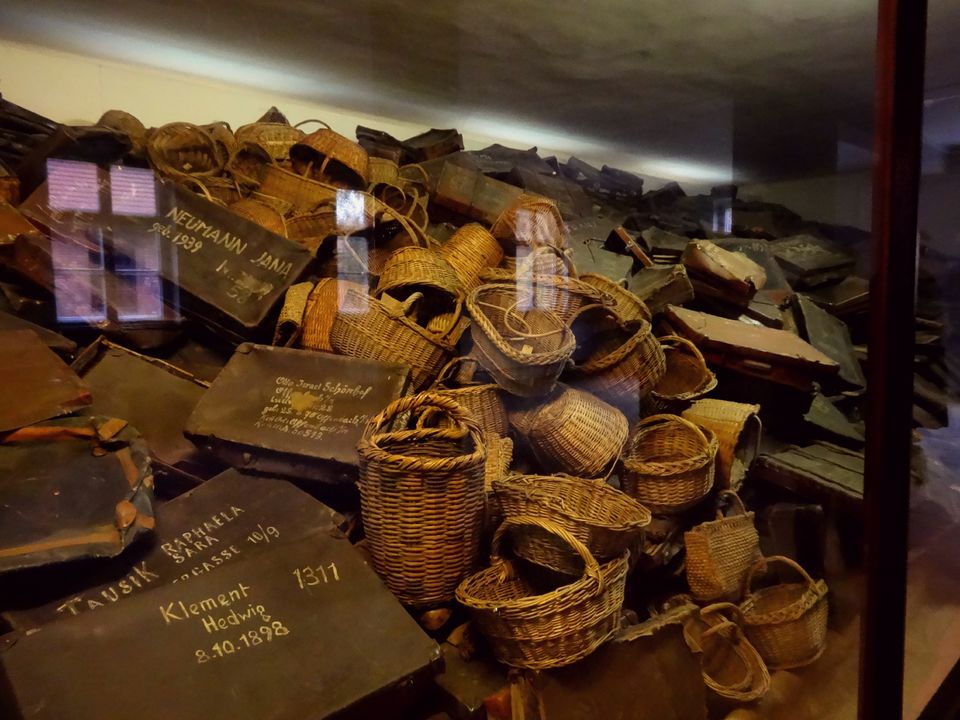 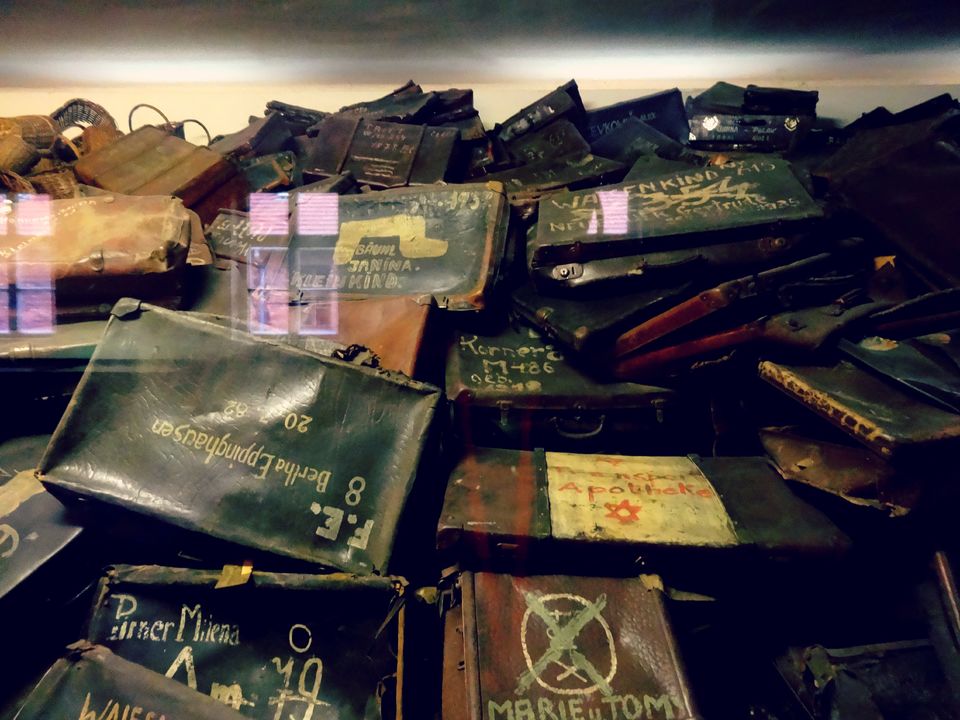 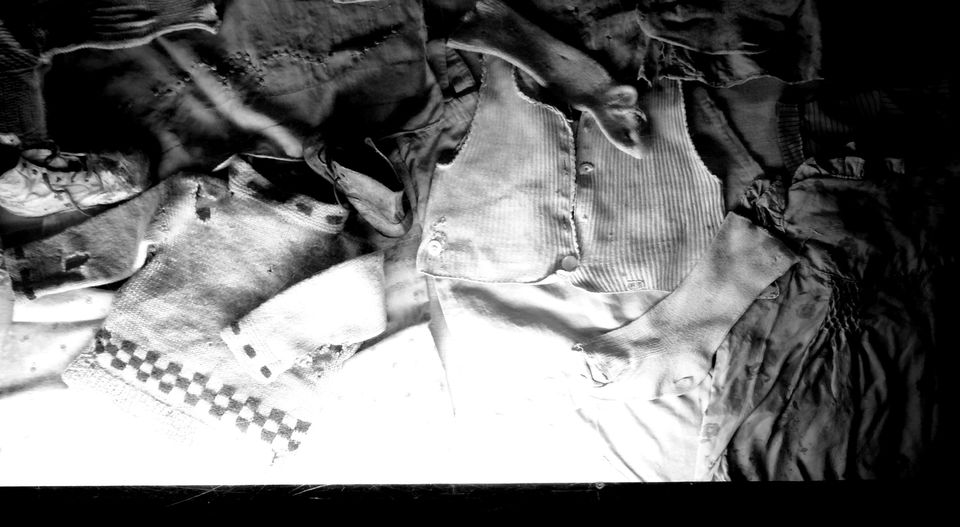 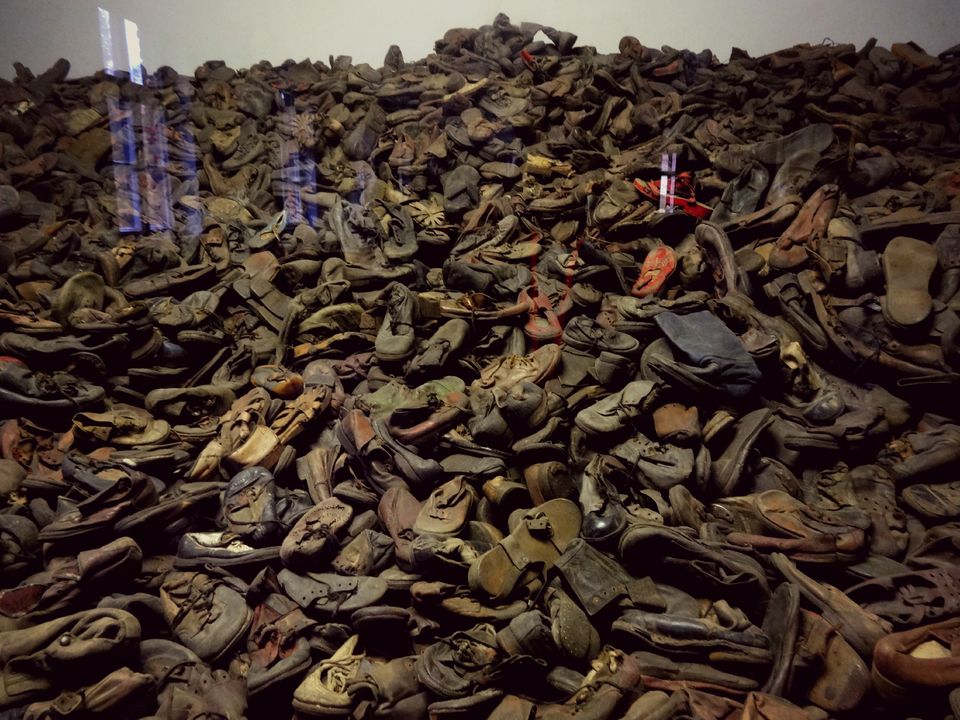 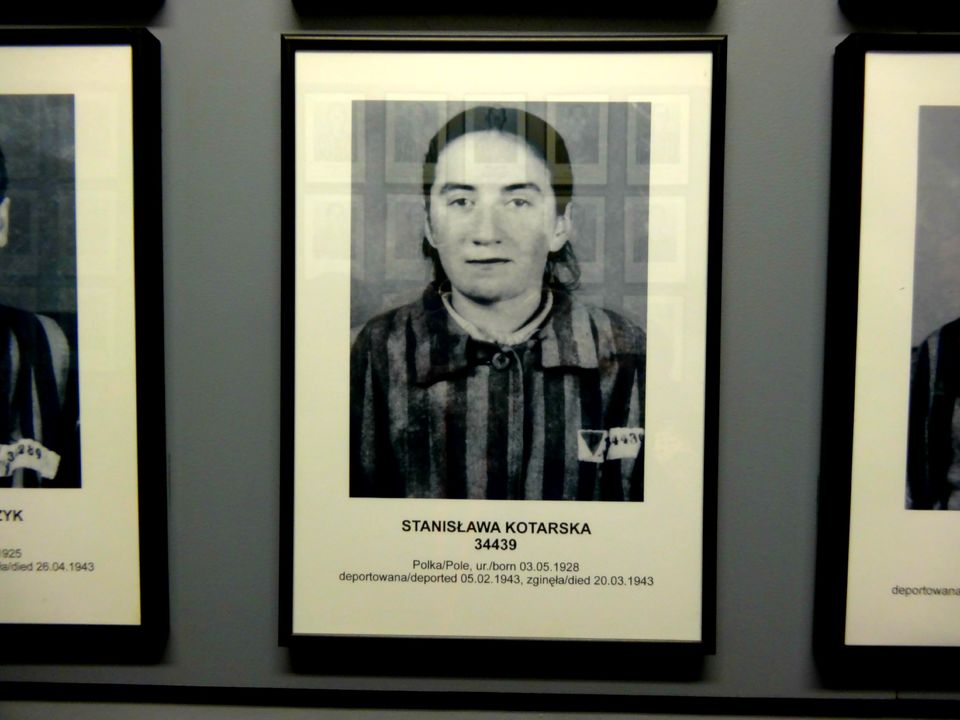 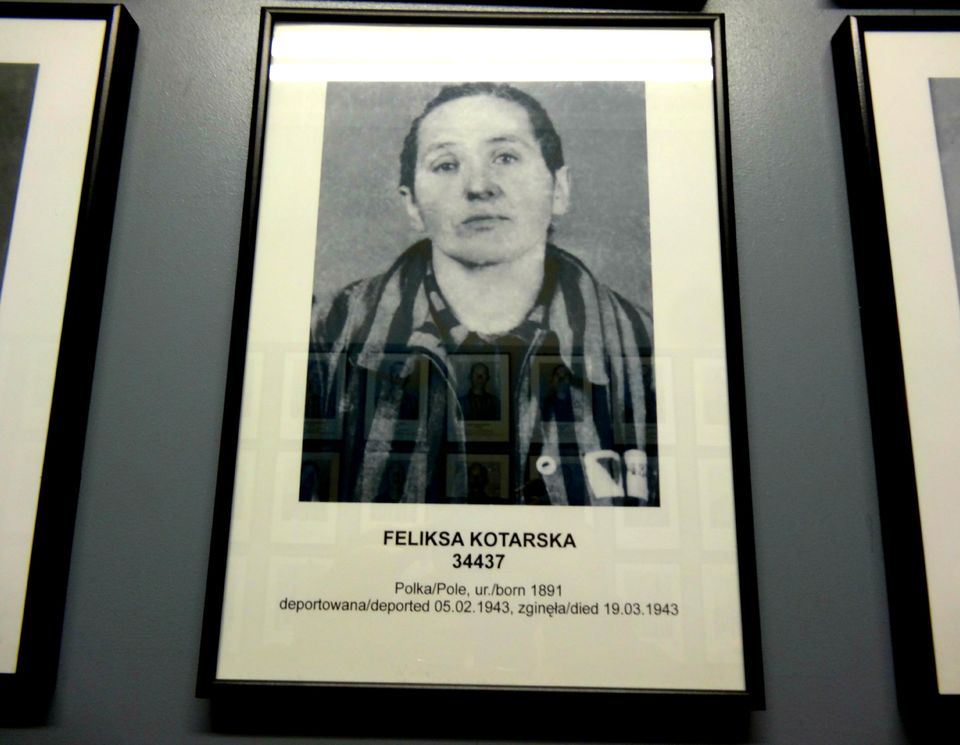 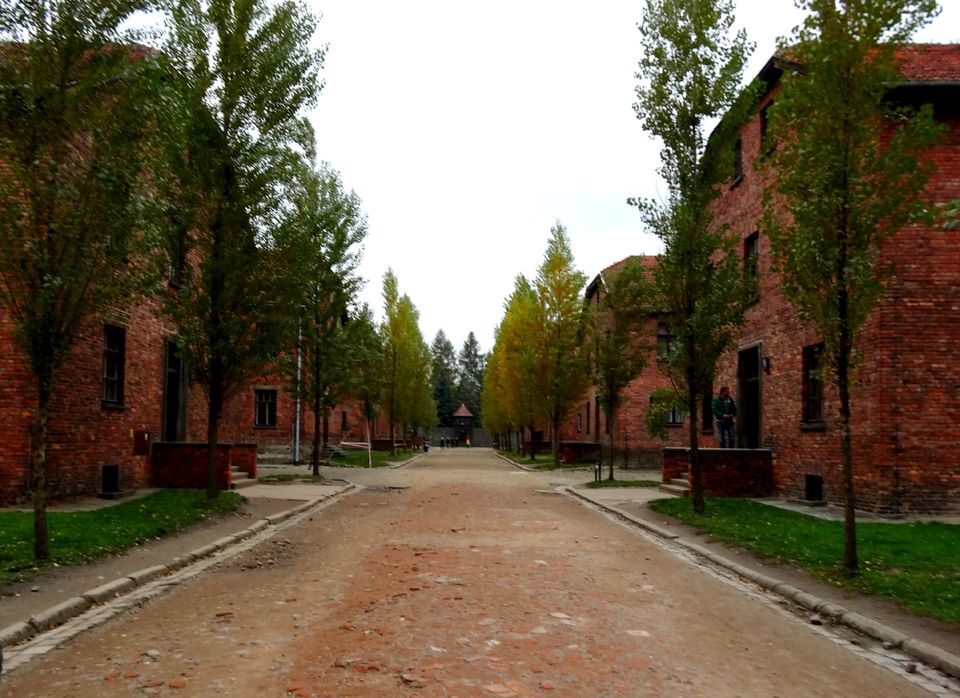 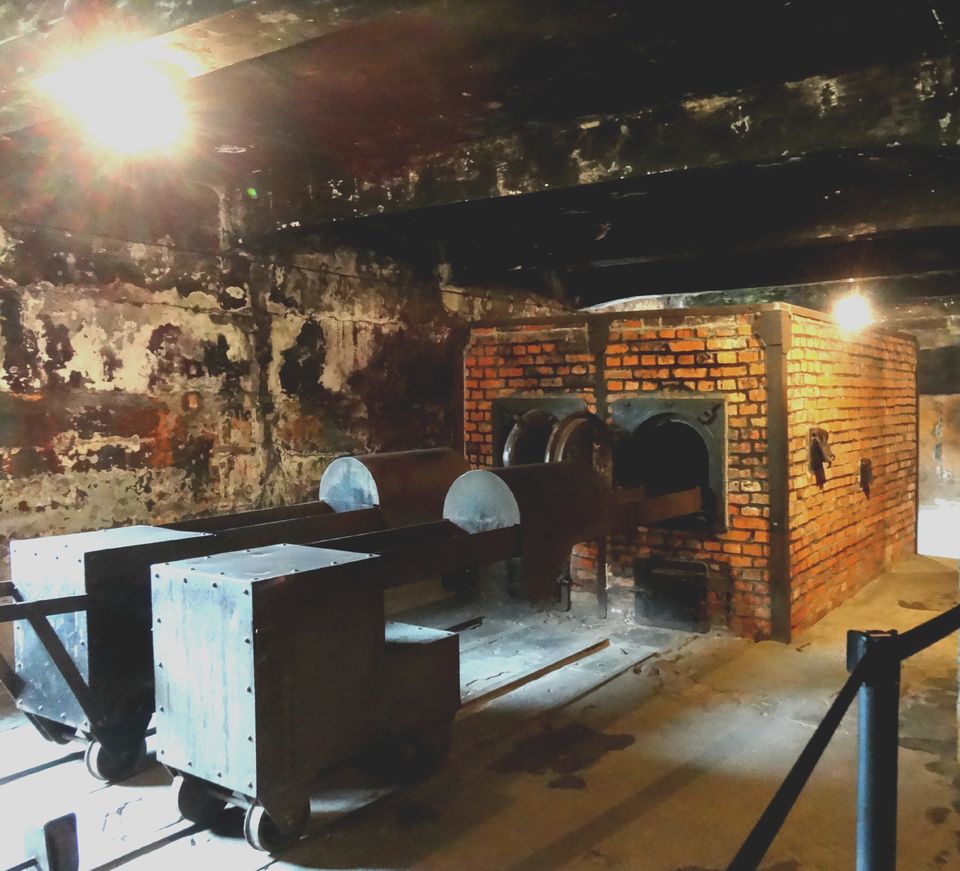 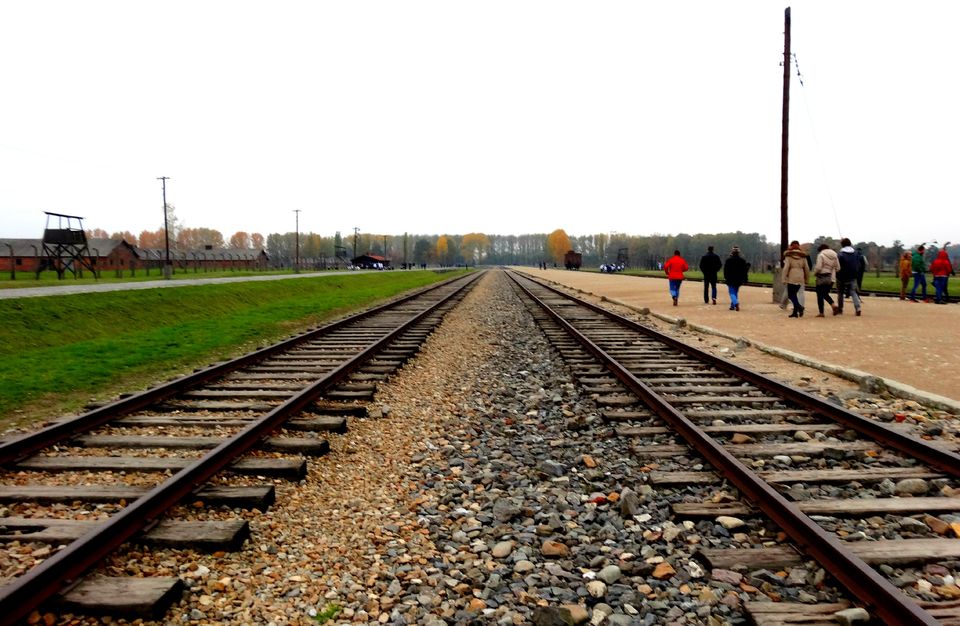 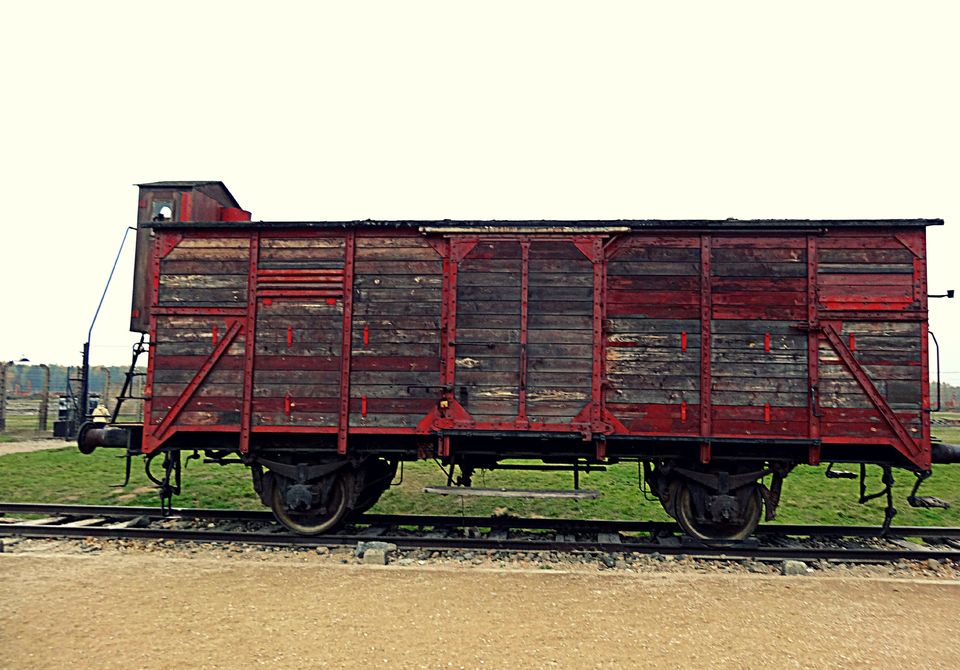 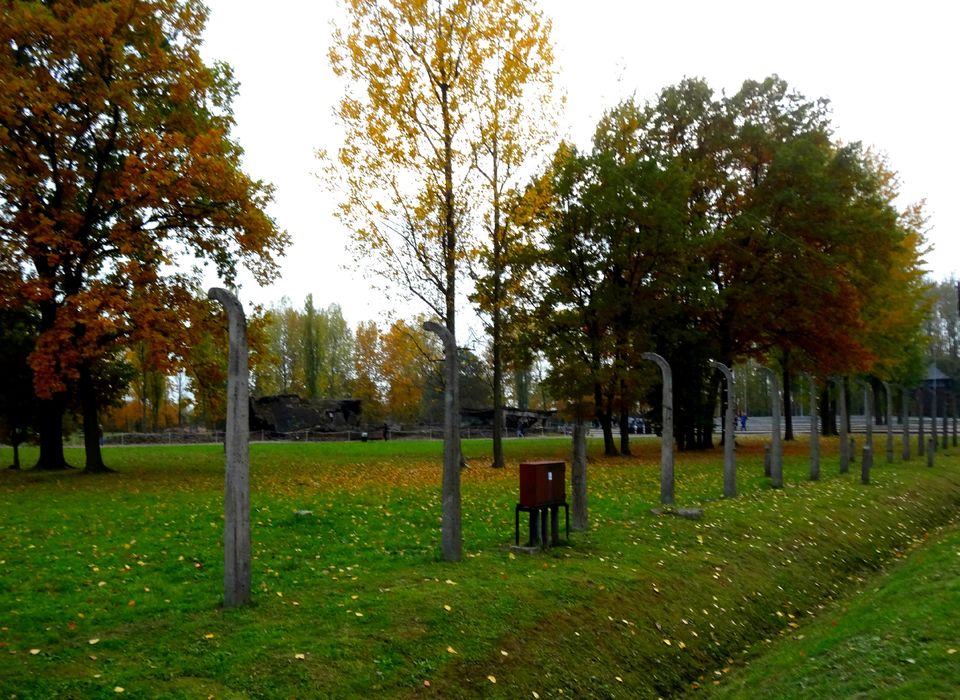 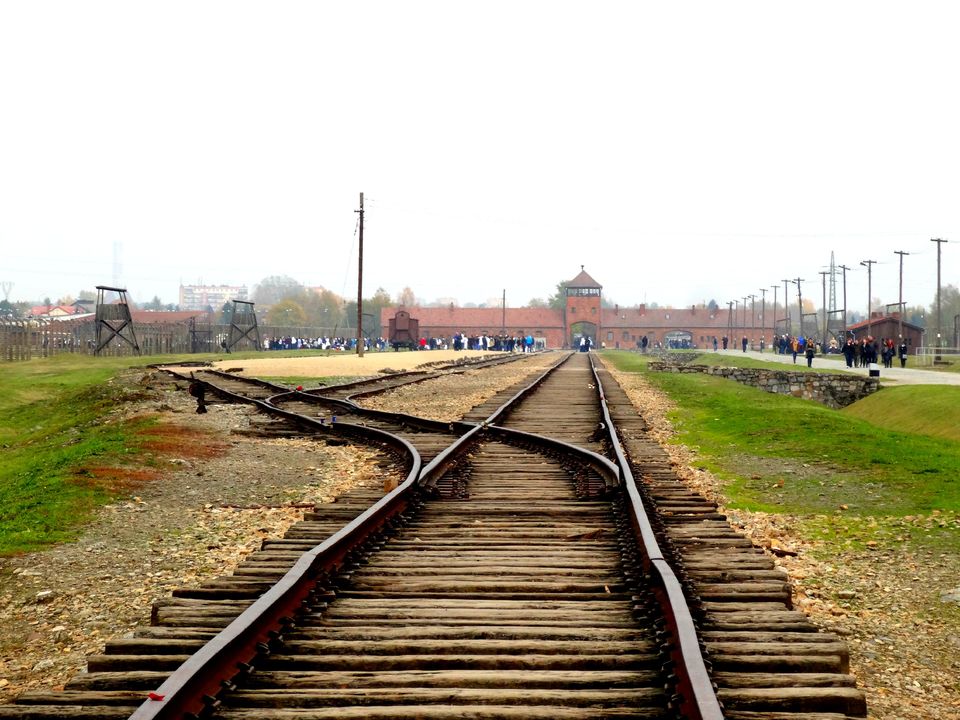 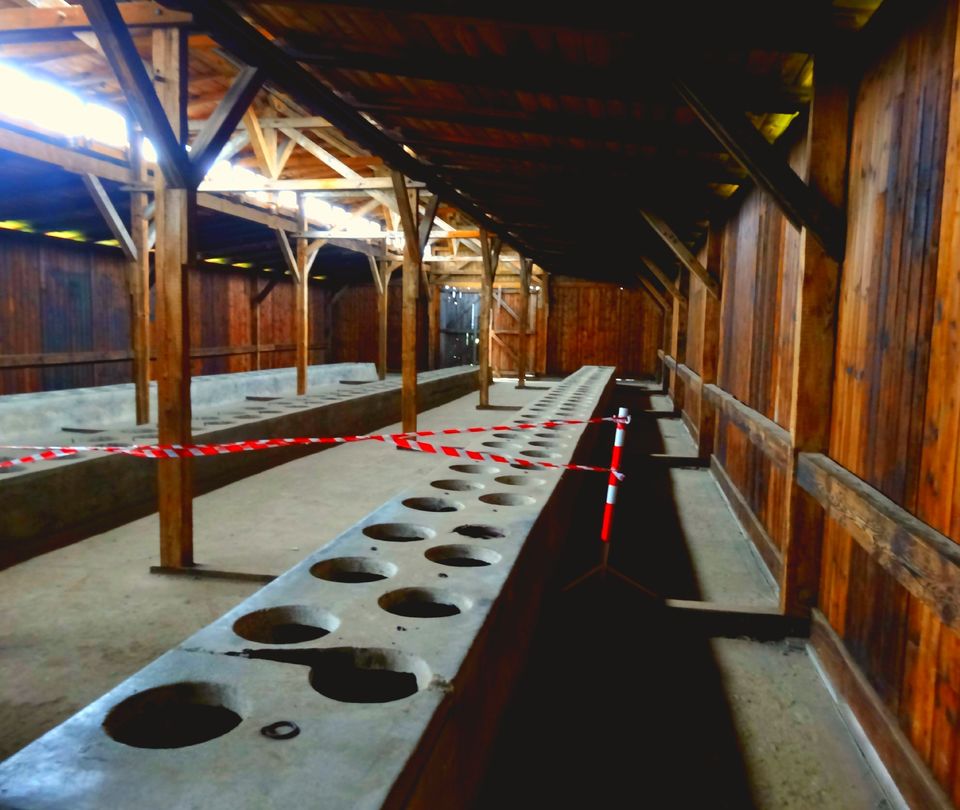 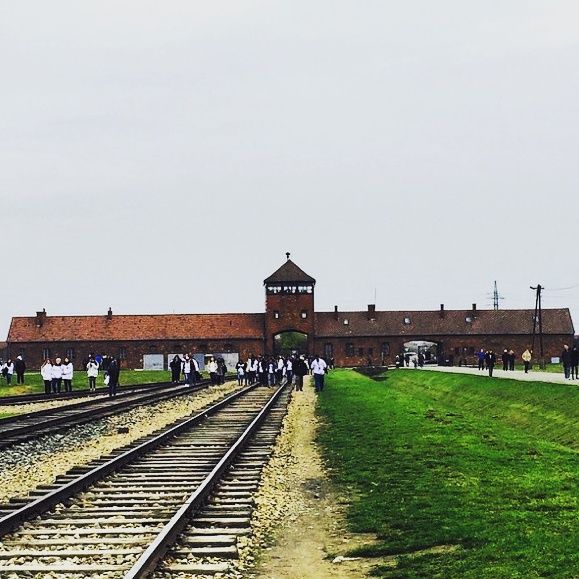 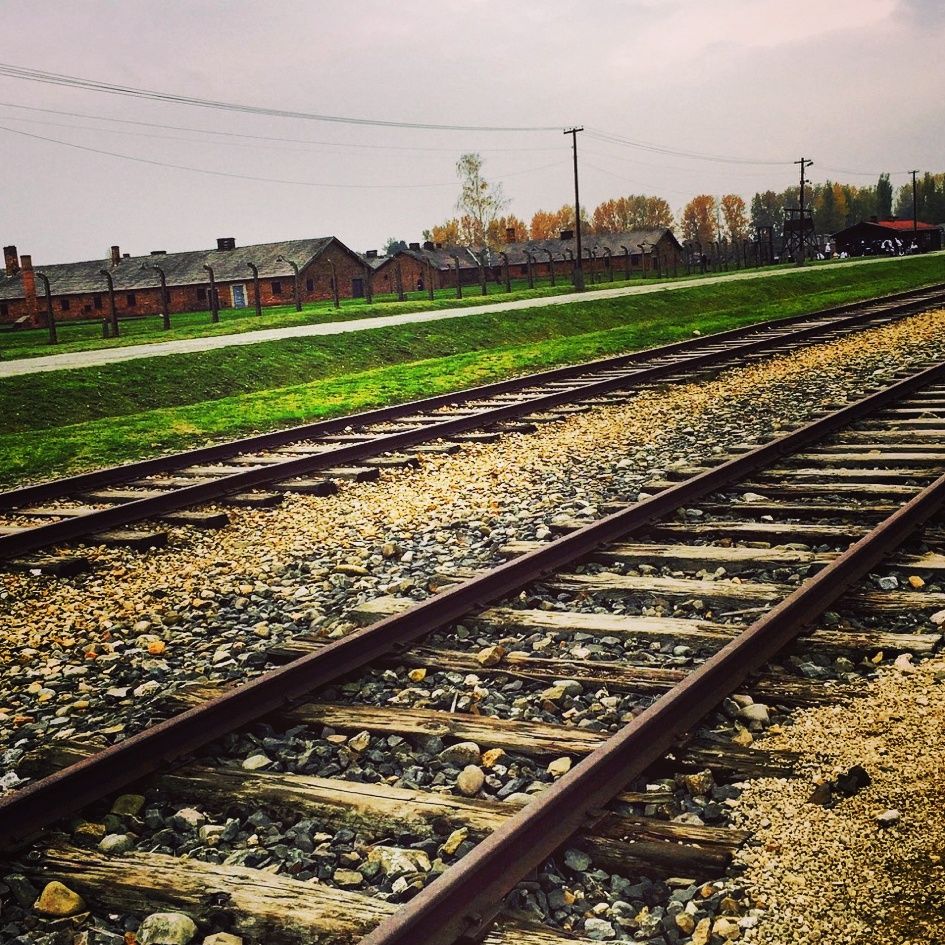 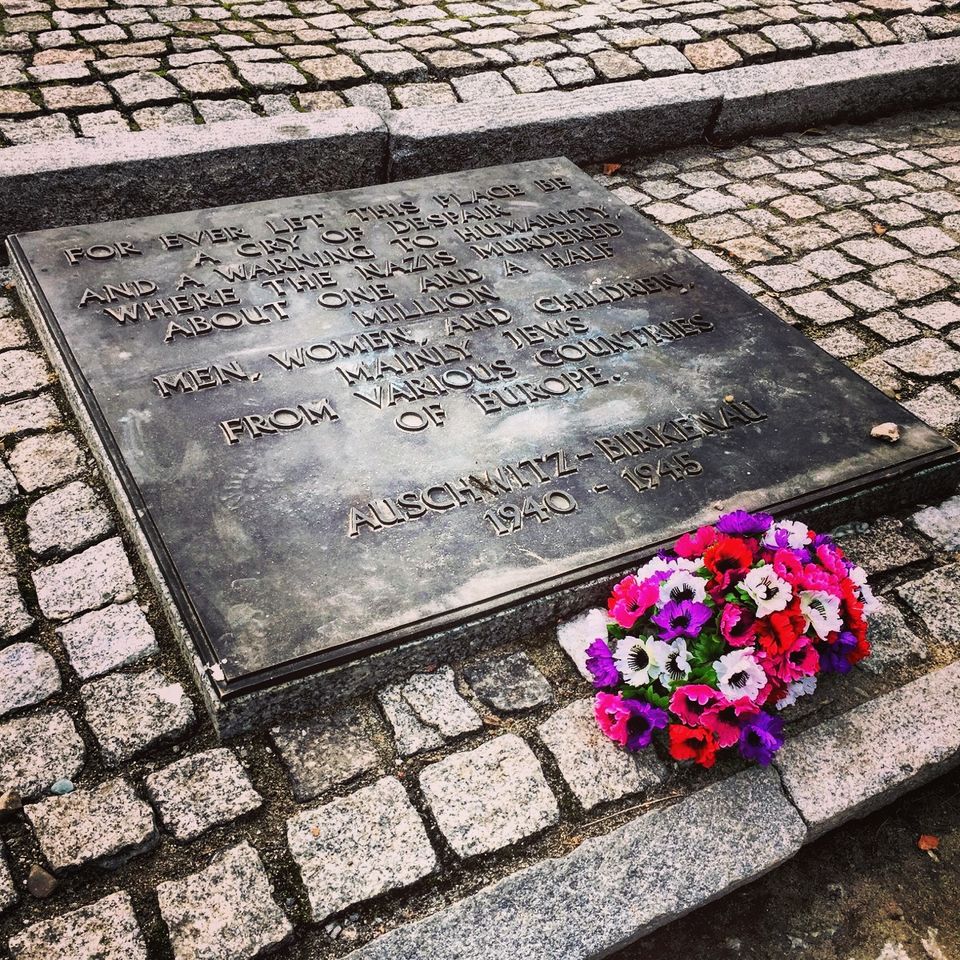 The air was dreary and impossibly cold, it was indifferent, rather caustic. Creepers seemed to have devoured the façade of the few vertical structures that managed to stand the test of time. They were desolate and dismal, as if a part of them was rotting away.  The brick walls stood like a testimony to the horrors that were once all pervading; the horrors of genocide, of barbarism and of dehumanization. Fifty kilometres from the city of Krakow, the Polish name ‘Oswiecim’ might not really stir up any emotions but its German counterpart ‘Auschwitz’ will certainly bring to mind the images of perhaps the grimmest, the most catastrophic period in the history of mankind. Synonymous with the Holocaust and a global symbol of terror, the Auschwitz Concentration Camp with its extensions Birkenau and Monovitz is a part of the infamous suburbs of the town of Oswiecim. For many, Auschwitz, replete with its morbidity, is just another place of interest. For certain others, it is a storehouse of knowledge, a bridge transporting them to the dark past. And for some, it is a pilgrimage.

Established in April 1940 by German occupiers, Auschwitz was initially a camp for Polish political prisoners. However, in order to consummate the impossibly skewed Nazi ideology, it was used for the mass extermination of Jews. The much larger Birkenau (Auschwitz II) and Monovitz, both a few kilometres away, were constructed for the same purpose. This death factory was responsible for obliterating millions. Jews, Polish and Roma, men, women and children, the strong and the feeble, countless hopes and dreams; everyone and everything, ruthlessly wiped out.

Only partly destroyed by the bolting Nazis, Auschwitz, with its original brick buildings and prison blocks, where cries once echoed, where blood was splattered and where humanity died a gruesome death, is now a memorial to those victims of injustice. The notorious entrance with its incredibly deceptive message “Arbeit Macht Frei” (Work Brings Freedom) stands like a gateway to the horrors of the time. Despite being a replica, it is almost lifelike and sends shivers running down one’s spine. Birkenau, with its prison barracks that were originally horse stables, gas chambers and crematoria witnessed most of the infernal killings. While the fleeing Nazis were successful in destroying most of this camp, the never-ending expanse of the same dotted with a few surviving encampments provides an idea of the extent of the wrongdoing.

Imagine being packed into suffocating cattle wagons and transported to a land unknown, fighting for your survival, absolutely unsure of your fate. Imagine being separated from the ones you love, perhaps never to see them again. Imagine being stripped of all your belongings, right from the suitcase you packed your life into, the clothes that protected you from the elements, the shoes that never gave up on you no matter what the terrain, the watch that once belonged to your mother, the book that shaped your childhood, all the memories and all the happiness. Imagine having to part with your hair, just so that it can adorn the houses of one of the privileged in the form of a rug. Imagine having to bid adieu to your child, the twinkling eyes, the tiny fingers and the musical laughter. Imagine having to give up on everything you have in the world.

Now imagine being coerced to work in deplorable conditions, out in the cold and the rain, never having enough clothes to cover yourself, surviving on inedible broth day after day, hardly getting any sleep, being given only a few minutes to relieve yourself, watching people around you die of starvation, cleaning up the mess, being tortured for a tiny mistake and finally killed for being who you are. Imagine being choked to death and then burnt with several others, people just like you, who hoped to be free one day, some day. Work, as it turns out, never brought the victims of the Holocaust freedom. Death perhaps did.

A tryst with Auschwitz is capable of thawing the coldest of hearts, compelling one to be overcome with emotions. Several people assert that Auschwitz is not for the faint-hearted. However, irrespective of whether you are tough or craven, a visit is imperative especially in order to understand how absolute power corrupts absolutely. It is a reminder of how crucial it is for us to prevent ourselves from falling back into the abyss of darkness. The times they are a changin’ and it certainly isn’t for the better. Auschwitz is that warning; it is that pain that demands to be felt.

Travel does not only entail pleasant experiences; it is not just about snow-capped peaks, verdant pastures, ceaseless sand dunes and turquoise waters. Travel is not all about appreciating magnificent pieces of art, acquainting oneself with indigenous cultures, walking into the wild and being blinded by the city lights. Travel, quite often is about paying homage to ruins of civilizations that were once prosperous, it is about honouring the remains of those who sacrificed themselves in order to make our world a better place. Travel, sometimes, is about crumbling stone walls, fading photographs, broken mirrors and cobweb strewn remnants. It is sometimes about perceiving how privileged we are to travel in the first place. Auschwitz is that realization. It is a journey of self-discovery; a journey that you can voluntarily undertake in the comforts of modern transport and not one in which you are forced to be inside a stifling train-wagon where every breath of fresh air is a luxury. Never Again - Nie Wieder - Jamais Plus.

Getting there:  Hourly buses depart from the Krakow Bus Station, situated right behind Krakow-Glowny Railway Station and the ride to Oswiecim is 90 minutes long. A one way trip should cost you 12zl. The last bus from Auschwitz Memorial to Krakow departs at around 7:30 in the evening and costs approximately the same. Try and board a mini bus that leaves from the street where you were initially dropped off and not the larger public bus that leaves from right outside the museum complex. The public bus makes more stops and therefore the journey is much longer.

Bookings: Between April to October, it is obligatory to join a 4-hour tour if in case you are visiting the memorial between 10am to 3pm which happen to be the best hours to visit. Booking in advance on the official website is the wisest thing to do because the slots get filled rapidly. You would have to shell out around 25zl and make sure you carry a print out of your ticket along with an ID. Upon your arrival, an experienced educator will take you around Auschwitz and Birkenau and cover the highlights of both camps. Audio-guides are also provided. The bus ride between Auschwitz and Birkenau is free and arranged by the museum. Monovitz is not a part of the tours owing to the fact that it is several kilometres away. From November to March, the English language tours come for around 40zl and are available at 10:30am, 11:30am and 1:20pm. If during this time, you are not a part of any tour, make sure you get hold of the museum produced guidebook that comes for 5zl. Do not carry big bags as they will not be allowed inside the museum and do not use flash photography.

Note: You will be solicited by several people around Krakow Railway Station offering you all-inclusive tours to Auschwitz. It is best to avoid them and book your tickets in advance on the website.